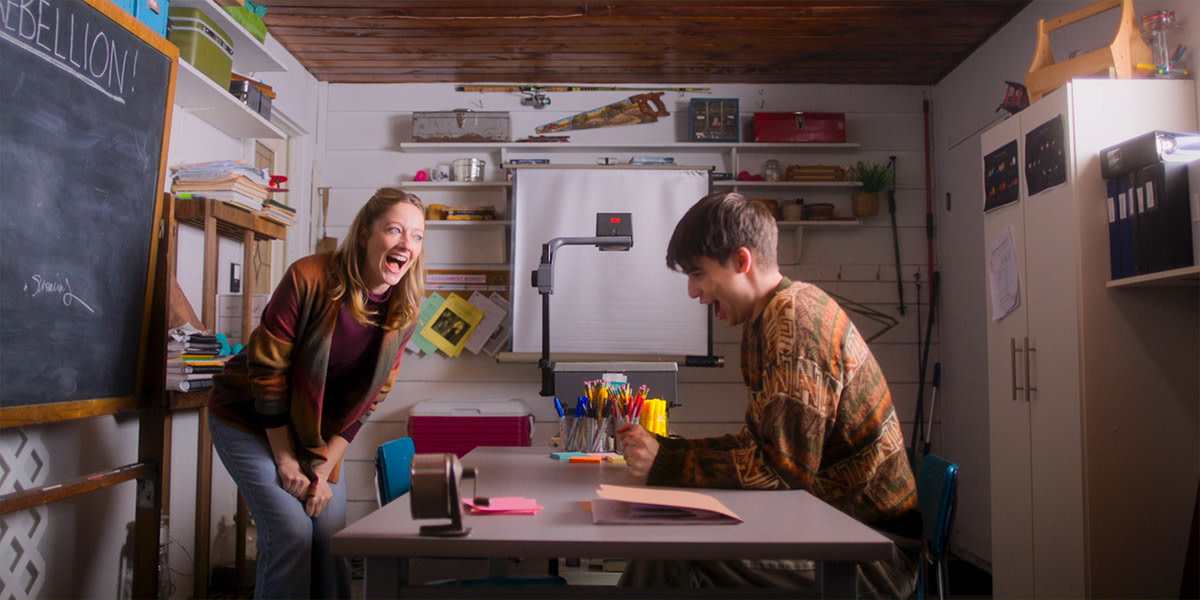 Judy Greer Finally Gets the Role She Deserves

Are you even ready for how charming she is in Adventures in Public School?

You may not know Judy Greer’s name, but you probably know her face, her electric screen presence, and her ability to land a joke and incite empathy in every single one of her 127 IMDB credits throughout the past 20 years. Depending on your demographic, it might be her 1999 breakthrough as the secretly evil Fern in the super-dark teen comedy Jawbreaker, her matriarchal primate Cornelia in the recent Planet of the Apes reboots, impressive turns on Arrested Development and in Alexander Payne’s The Descendants, or what feels like a million “sassy best friends” in the rom-coms of the early aughts (see: The Wedding Planner, 13 Going on 30). But whether she’s playing the foil, the comic relief, or the empathic spouse, Greer is always the actor you wish you saw more of — even if she was also the most memorable part of, frankly, some pretty unmemorable films! Finally, in the Canadian comedy Adventures in Public School (a Canada’s Top Ten Film Festival feature selection) we get the Greer vehicle we’ve been waiting two decades to see: a starring role in a charming comedy worthy of her talents. (Although, let’s pour one out for her short-lived 2008 ABC sitcom Miss Guided.)

In Adventures in Public School, Judy Greer plays Claire, the overprotective single mom to a bright-but-socially-awkward homeschooled teenager, Liam (emerging actor Daniel Doheny; totally great in this), who develops an intense crush on a girl he encounters while taking a standardized test at a local high school. Liam is suddenly determined to finish his final semester in the public school system, much to his mother’s horror. Neurotic, but trying to give her son the best education he can have in a completely new environment, Claire schools Liam on how to become a rebellious teenager so he can fit in and get his crush’s attention. (Awkward tutorials on pot smoking and condom usage swiftly follow.) Fun, uproarious, and sincere, Public School is a crowd-pleasing satire on helicopter parenting and the modern education system. Winningly directed by Kyle Rideout, the pairing of Daniel Doheny and Judy Greer is a goddamned delight.

At TIFF ’17, TIFF Long Take interviewed Greer about carving out a distinguished career by working with some of the greatest auteurs in Hollywood, how she gets into character, and why strangers on the street always recognize her from which one of her past movies is currently playing on cable. You can get reacquainted with Judy Greer by listening to the episode below. Kyle Rideout’s Adventures in Public School screens January 12 as the Opening Night selection at the Canada’s Top Ten Film Festival.

These are the Best Canadian Films of 2017