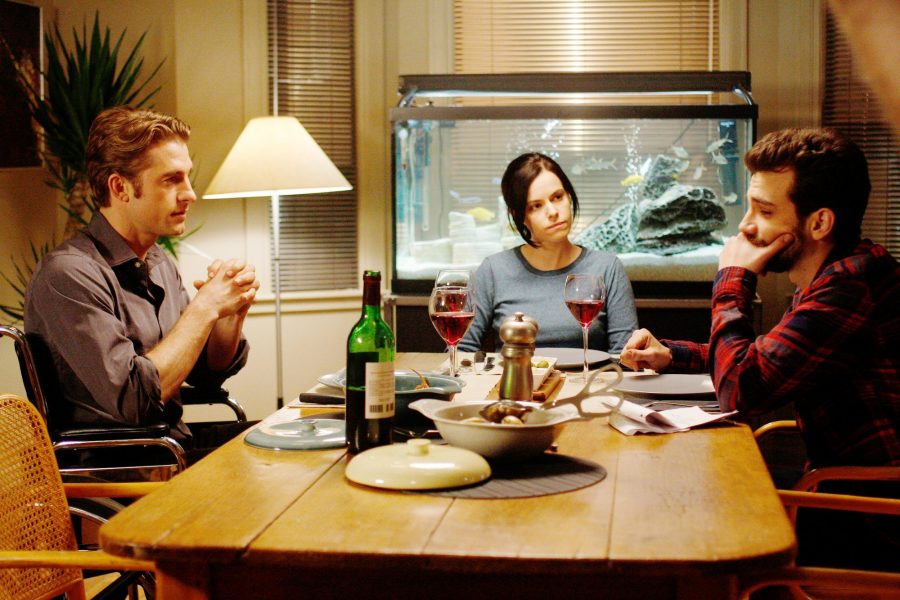 After a screening of his film, Good Neighbours, Canadian filmmaker Jacob Tierney participates in a Q&A with the Higher Learning audience and addresses issues in Canadian and Québécois cinema

Canadian actor and filmmaker Jacob Tierney joined post-secondary students and faculty for a screening of his third directed-feature film, the neo-noir thriller Good Neighbours (2010). Following on the heels of his comedy The Trotsky (2009), Good Neighbours stars Tierney regulars Jay Baruchel and Emily Hampshire, as well as Scott Speedman and Xavier Dolan. Set in the Notre-Dame-de-Grâce neighbourhood of Montréal in 1995, the film focuses on three tenants of the same apartment building as they grapple with a recent rash of serial murders. Following the screening, Tierney participated in a Q&A session, addressing questions from the Higher Learning audience regarding the film's production and reception, as well as issues surrounding Canadian and Québécois cinema. Tierney also discussed the process of adapting the film's screenplay, which was based on Chrystine Brouillet's novel Chère Voisine, first published in 1982. Other topics included: Anglophone Québécois cinema, diversity in Québécois cinema, directing actors, the collaborative nature of filmmaking, and screenwriting. This Higher Learning event was held on November 5, 2010 at TIFF Bell Lightbox