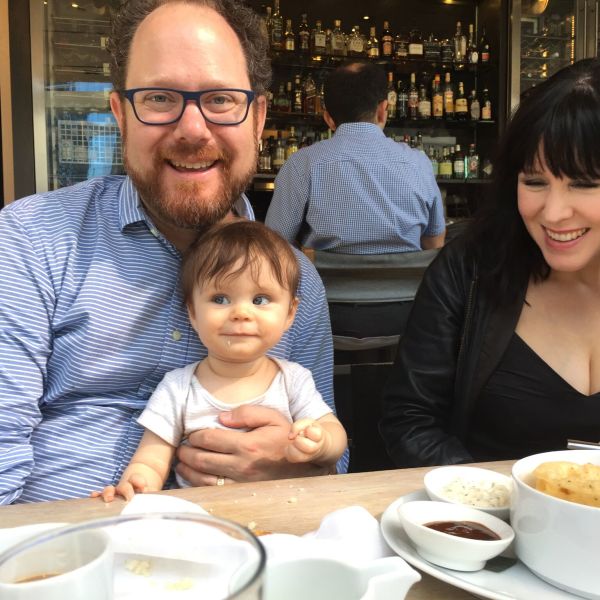 12AM – At the Ryerson Theatre, I introduce Blair Witch to a packed house and sit down to watch the film.

__2:25AM __– That was a first, I did the Q&A with director Adam Wingard and Simon Barrett holding flashlights under our faces. Spooky! I am totally exhausted and will head straight back to my hotel to sleep. 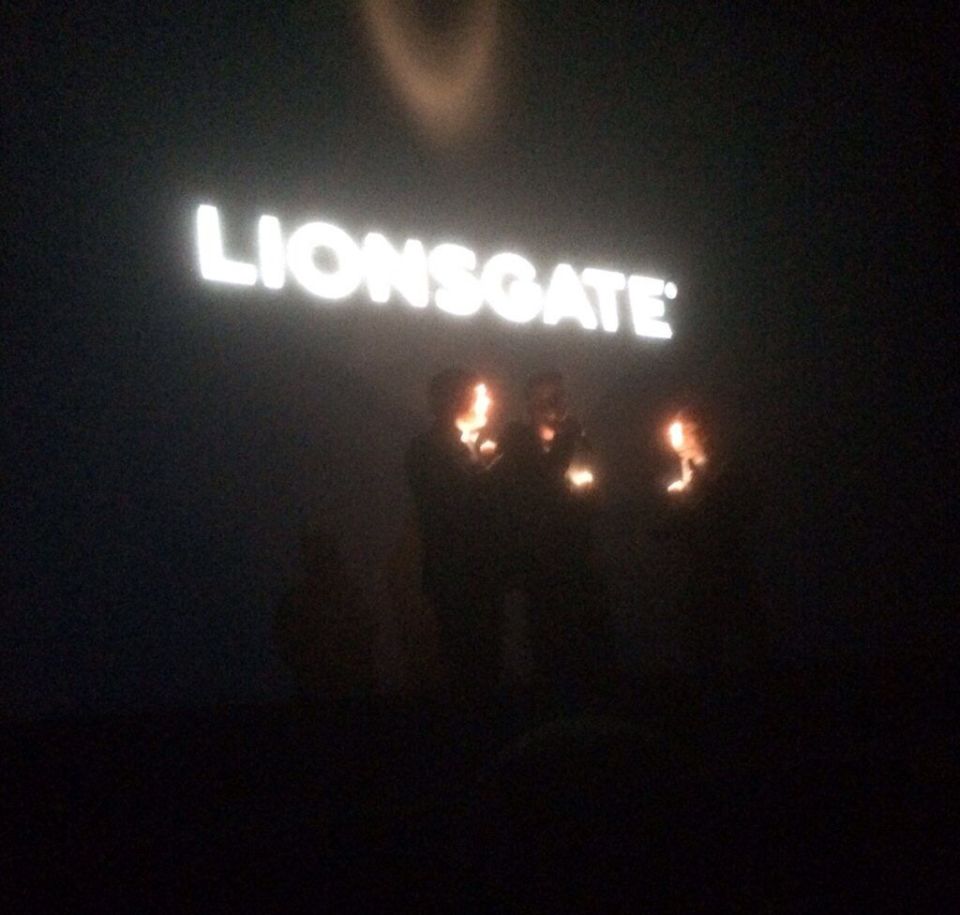 11AM – Sleep way in. I have the luxury of doing that today since my wife and five-month-old son went to the grandparents place for the night. (Thanks guys.)

11:41AM – Back at TIFF Bell Lightbox, I moderate a Q&A with Kiyoshi Kurosawa for Daguerrotype, in which we discuss life and death in horror films and the difference between Japanese and Western ghosts.

Backstage before the Q&A, I explain to Kurosawa’s producers that he and I have known each other for a long time – since 2000, 16 years. He corrects me to say no, we’ve actually known each other since 1998, for 18 years! I tell him about one of my other Vanguard picks, Osgood Perkins’ I Am the Pretty Thing That Lives in the House. I think it’s his kind of movie. 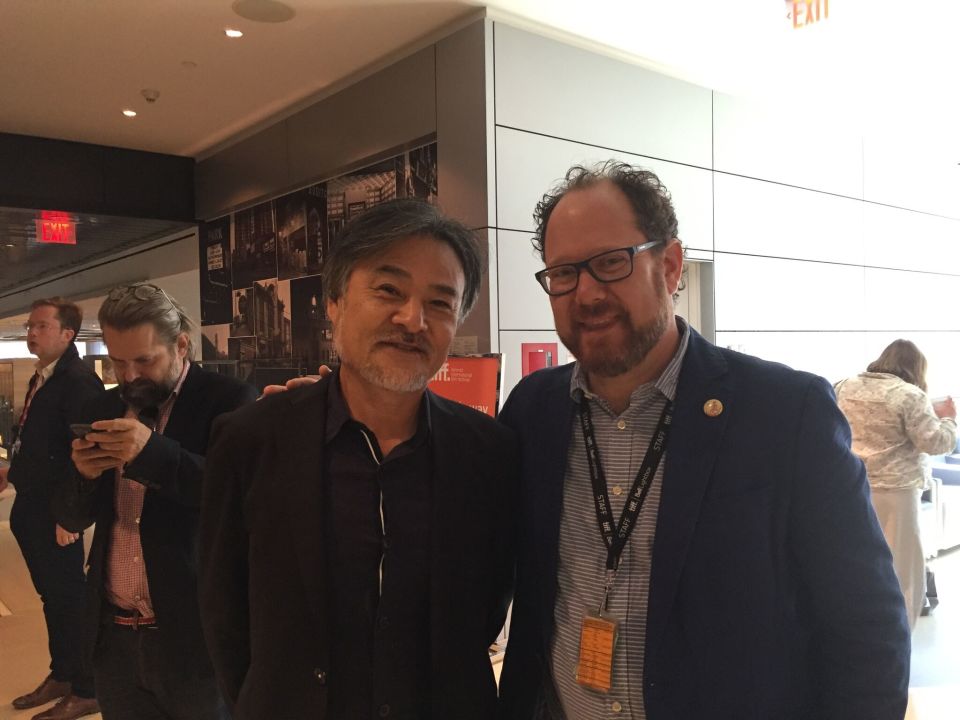 12:30PM – Next up, a director luncheon at Momofuku. I have the steak saam with the directors of Raw, Blind Sun, Without Name and Rats. We do movie talk (notorious films like Martyrs, the history of Midnight Madness, how many films we programmers see for submissions each year, etc). When Alice Lowe (Prevenge) shows up at the end just as the other directors are leaving, I offer to hold her adorable baby, Della Moon, while she eats. We just talk about parenting. 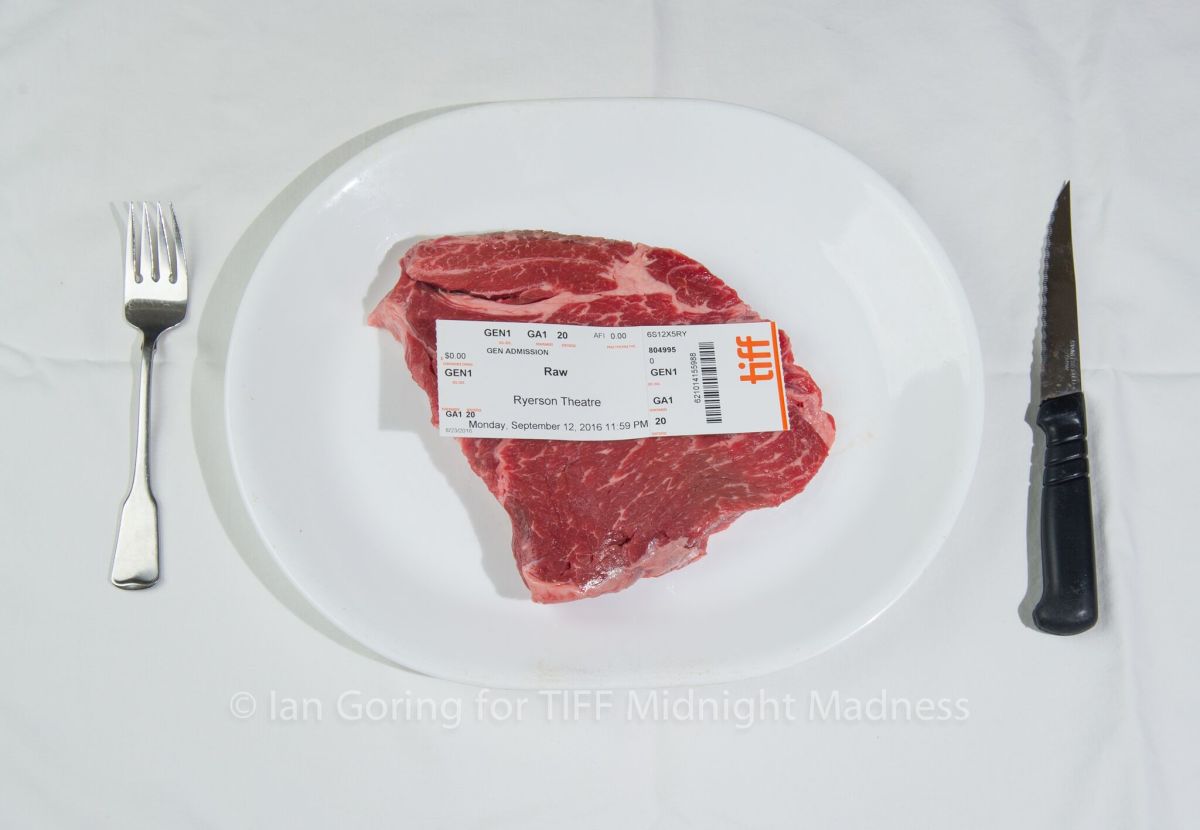 3PM - Off to the Varda lounge where I catch up with my fellow programmer, TIFF’s Asian film maven, Giovanna Fulvi.

3:45PM – Back at Scotiabank, I introduce I Am the Pretty Thing That Lives in the House. There’s no director here for the intro. As I run to leave, I bump into my friend Hadrian Belove who runs The Cinefamily, a cool and quirky indie cinema in LA. I compliment him on his Belladonna of Sadness t-shirt and we talk about 16mm films. I’ve got a large collection that was rescued from the Toronto Reference Library and he is looking to programme some experimental and oddball titles for a series he is doing. I tip him off on Taking Shelter, Jonathan Culp’s cool mash-up of Canadian tax shelter cinema. Then, I run off to flag a cab. 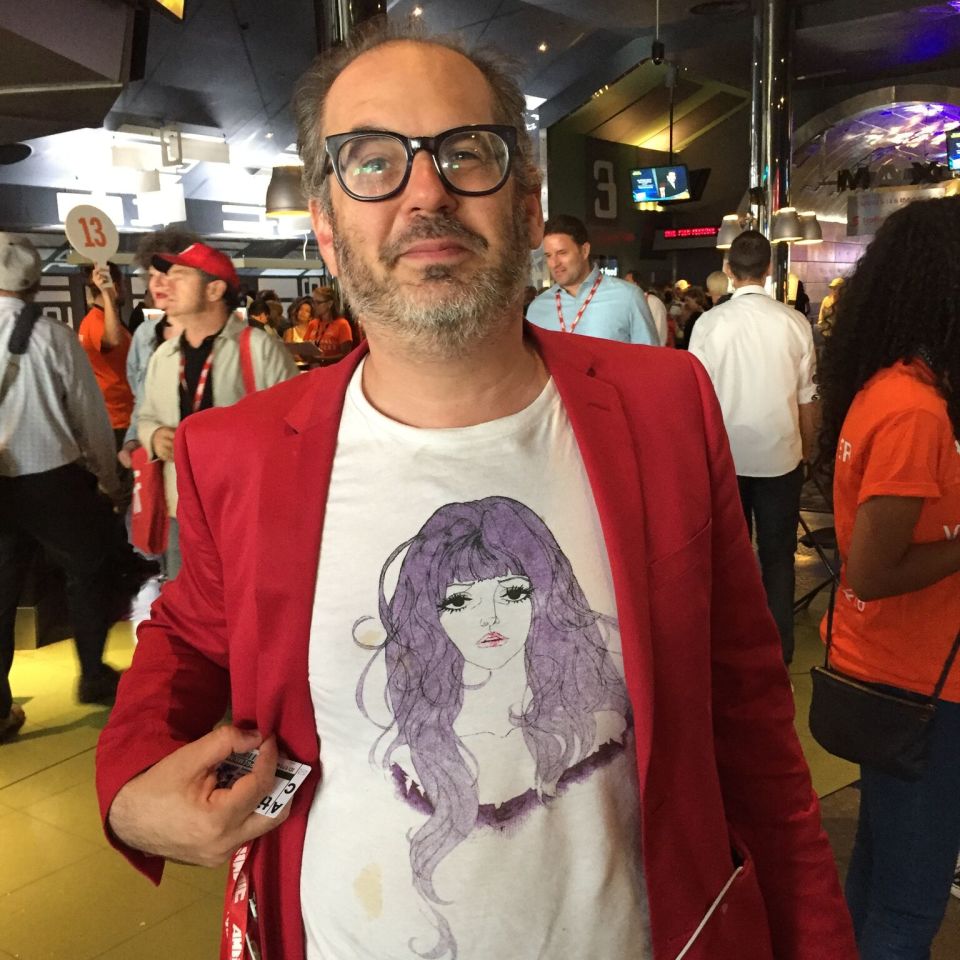 4PM - Now, here at The Bloor (Hot Docs) Cinema for a double header – Without Name followed by Prevenge. I sit in the lobby and pull out my laptop to catch up on emails. I spend some time preparing for the Axe Vanguard honours event that is on Tuesday night, making my notes for the ceremony.

4:45PM – I introduce Without Name and chat with the director afterwards. He and his wife are going to Algonquin Park after the festival - is it a strange choice or perfectly fitting a guy who directed a film about a spooky forest that drives a man mad? I tell him that before he leaves he should pick up a book on the Group of Seven.

6:30PM – Della Moon arrives in the stroller fast asleep! The theatre staff present her and director Alice Lowe with a gift of a Bloor Cinema onesie. My baby’s got one of those as well! As Alice was pregnant while she acted and starred in the film, it made sense to have her littlest co-star on stage with her. However, since she was still sleeping, we just rolled the stroller out into the spotlight and told the audience not to make a sound. Alice introduced the film and we introduced the co-star in the stroller. 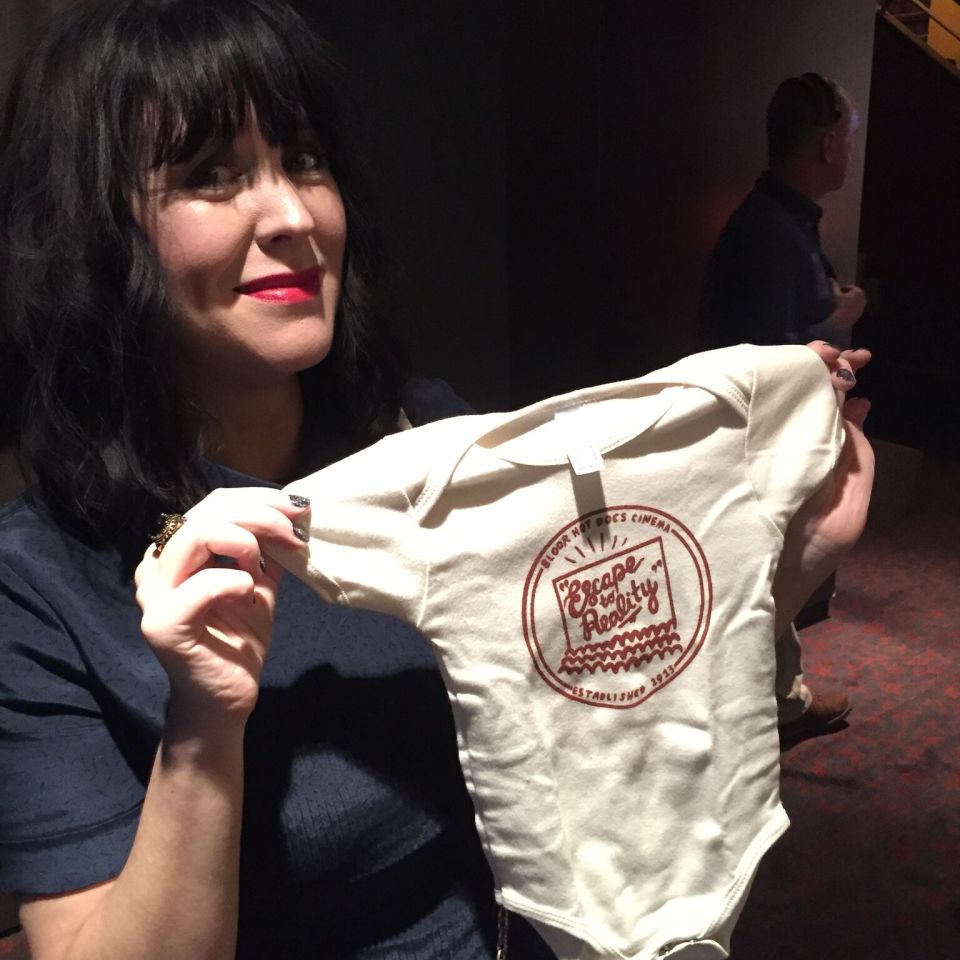 9PM – During the Prevenge Q&A with Alice, it’s difficult not to diverge into a discussion about parenting again! She mixed stories about filmmaking with her unique sense of humour, turning the session into a fun stand-up routine about pregnancy.

Meanwhile, turns out the unborn baby from the film has some strong opinions that she’s been sharing on Twitter. 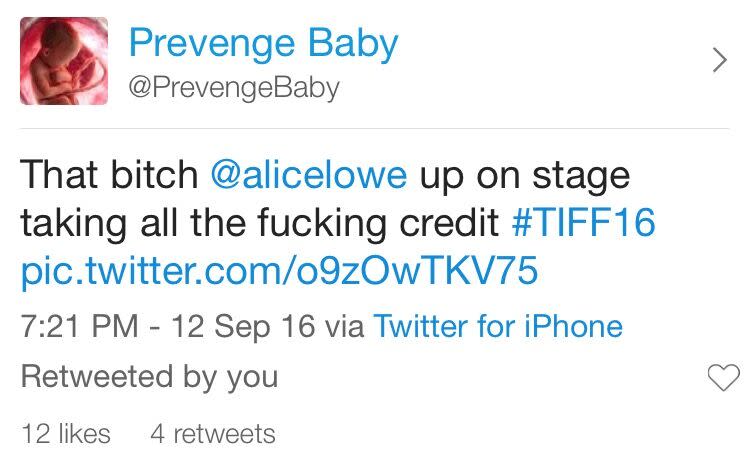 9:30PM – After the screening, we go across the street to Pauper’s Pub with Alice and her team to celebrate with a bottle of champagne and some fine Canadian beer on tap. Meanwhile, little baby Della Moon continues to sleep soundly in the stroller.

10PM – I attend some private drinks at Parlour for Raw, this evening’s Midnight Madness film. I get to talk to some French distributor friends and hear some very interesting gossip about some high-profile attendees at the party, like [REDACTED because the French press might spread rumours].

11PM – Upon getting to the Ryerson Theatre, I find out Black Mirror has just let out (it’s part of our TV-spotlight Primetime selection). I get to meet the show’s creator Charlie Brooker and BBC film critic Jonathan Ross – heroes! Jonathan Ross (who is here because his wife is the writer of The Limehouse Golem) was wearing the most amazing satin jacket emblazoned with Ultraman on it! 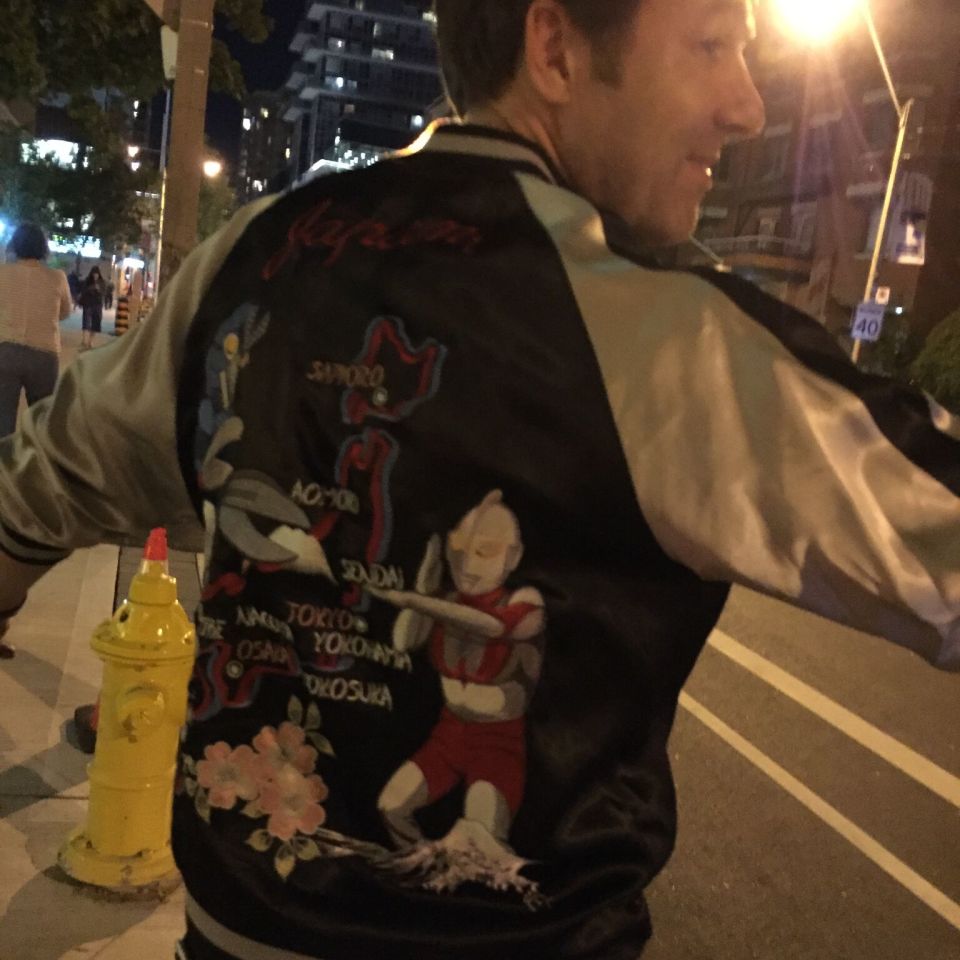 I get to the theatre early enough to meet an old friend who has been coming to Midnight Madness for over 15 years. We have an annual tradition. He brings a bottle of American rye (hard to come by at the LCBO) and we [REDACTED].

12AM – There’s a great intro with Julia Ducournau, the director of Raw, in which she apologizes for not being as hairy as most of the usual Midnight Madness directors. Not to worry guys, she hasn’t shaved for three days! A welcome change! 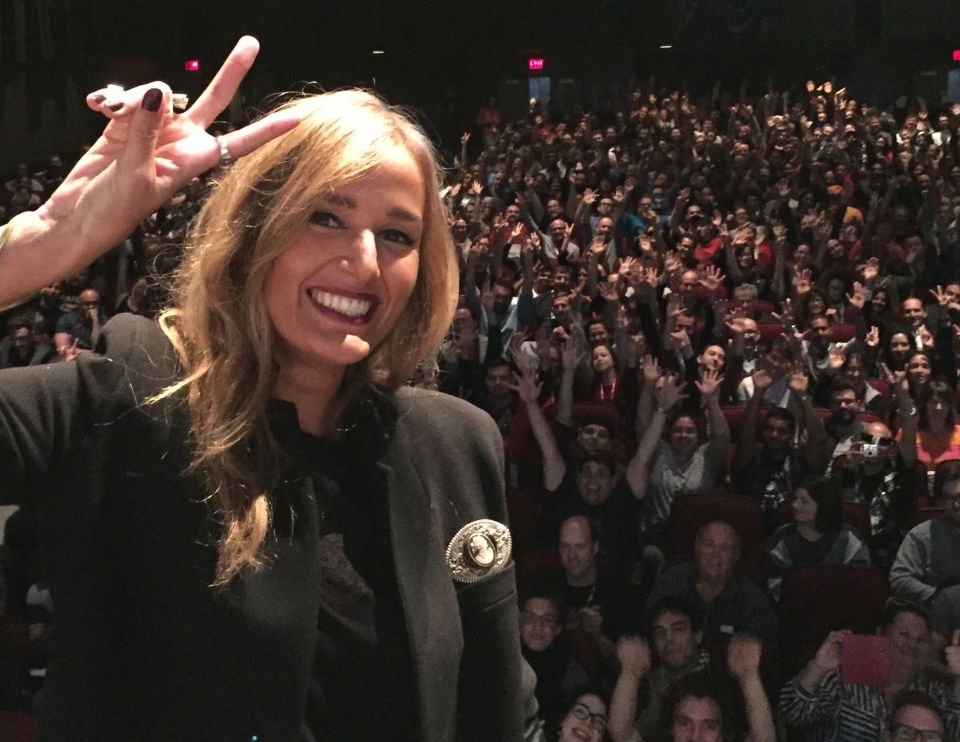 __3AM __ – After a fantastic Q&A with Julia, we head off to a party at Wildflower, held at The Thompson Hotel. It’s one of the more upscale hotels that has a very interesting secret subterranean party room. 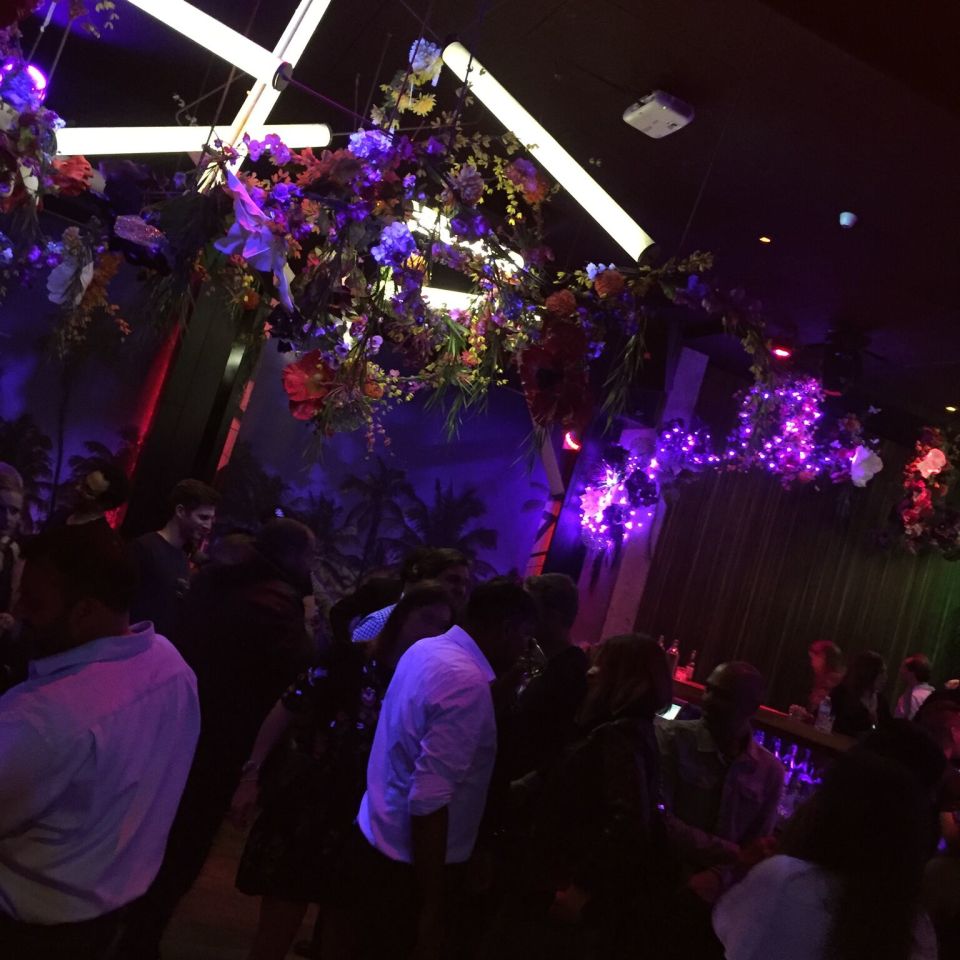 The worst thing about hitting a party at this hour is being sober and walking into a room full of very drunk people who have been partying for hours and were not at the film that you’re trying to celebrate the premiere of. Alas, that is the curse of being the Midnight Madness programmer. By the time you get to a party, last call has passed and you’ve missed your chance to get the nightcap you deserve. So instead, you mingle for a while and then stroll back to the hotel in the cool, night air. Another successful day is finally done.

As I leave the party, I overhear the best line… “I’m going back home to my shower, let’s be clear!”

4AM – Finally home. Before bed, I have a late night snack of Orangina and Twizzlers. Good night, TIFF!