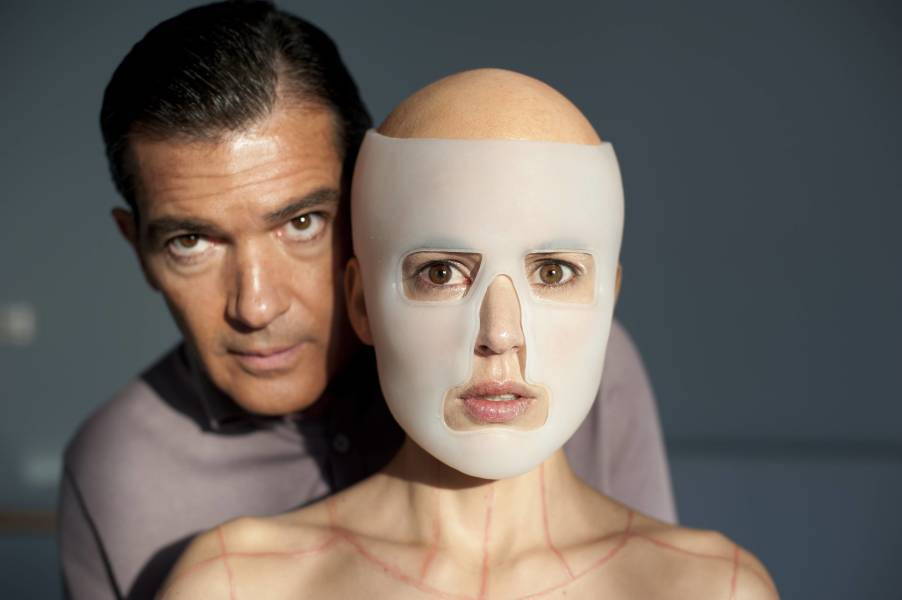 Catch upcoming screenings of All About My Mother, Bad Education, and The Skin I Live In, part of TIFF’s retrospective All About Almodóvar, running until April 4.

It is sometimes said that auteur filmmakers make the same movie over and over again. But what sets certain auteurs apart from the rest is their ability to make each new permutation of their respective thematic or aesthetic obsessions more compelling, illuminating, and profound. This is certainly the case with Pedro Almodóvar, whose astonishing body of work continues to become richer with each new film. Although Almodóvar is thankfully not quite as prolific as his American counterpart Woody Allen — whose compulsive yearly output has been known to result in creative fallow periods of a decade or more — his films continue to challenge audiences with their emotional and sexual complexity. A few gripers will always insist that, to paraphrase a famous line from Allen’s Stardust Memories, they prefer his “earlier, funnier” movies. Still, Almodóvar’s seamless transition from comedies with dramatic elements to serious female melodramas (his latest film, Julieta is a pure tragedy) attests to the clarity of his artistic vision, so strong that he has essentially created his own genre. Everyone knows what to expect from an Almodóvar film, but what amazes us is that each new work comes as a revelation.

John Waters recently pondered what would have happened if Hitchcock had understood women the way Almodóvar does. Although Hitchcock is clearly a big influence on Almodóvar, as a gay man Almodóvar’s female characters are always his strongest point of identification (as opposed to Hitchcock’s extreme fetishization of them, framed by the male gaze), and he imbues them with an emotional depth and fortitude that is rare in mainstream cinema. Many of his most recent films are told from a female point of view, using a variety of narrative techniques borrowed from classical Hollywood melodrama — think Douglas Sirk or Joseph L. Mankiewicz. (Interestingly, Germany’s most famous gay auteur, Rainer Werner Fassbinder, was also heavily influenced by Sirk.)

Julieta is Almodóvar’s purest iteration yet of this influence, all the more impressive since the screenplay is adapted from three short stories by Canadian author Alice Munro. Julieta (Emma Suárez) is writing about her complicated relationship with her daughter in a journal (the film could have been called All About My Daughter), clearly establishing her authorship of the story. (Letters and journals are a staple of female melodrama, and the director uses them as a narrative device in any number of his films.) In a flashback, Julieta arrives pregnant at the seaside home of the baby’s father who impregnated her in a chance encounter on a train. (Trains are another common female melodrama device, signifying transition, exile, or sexual energy.) 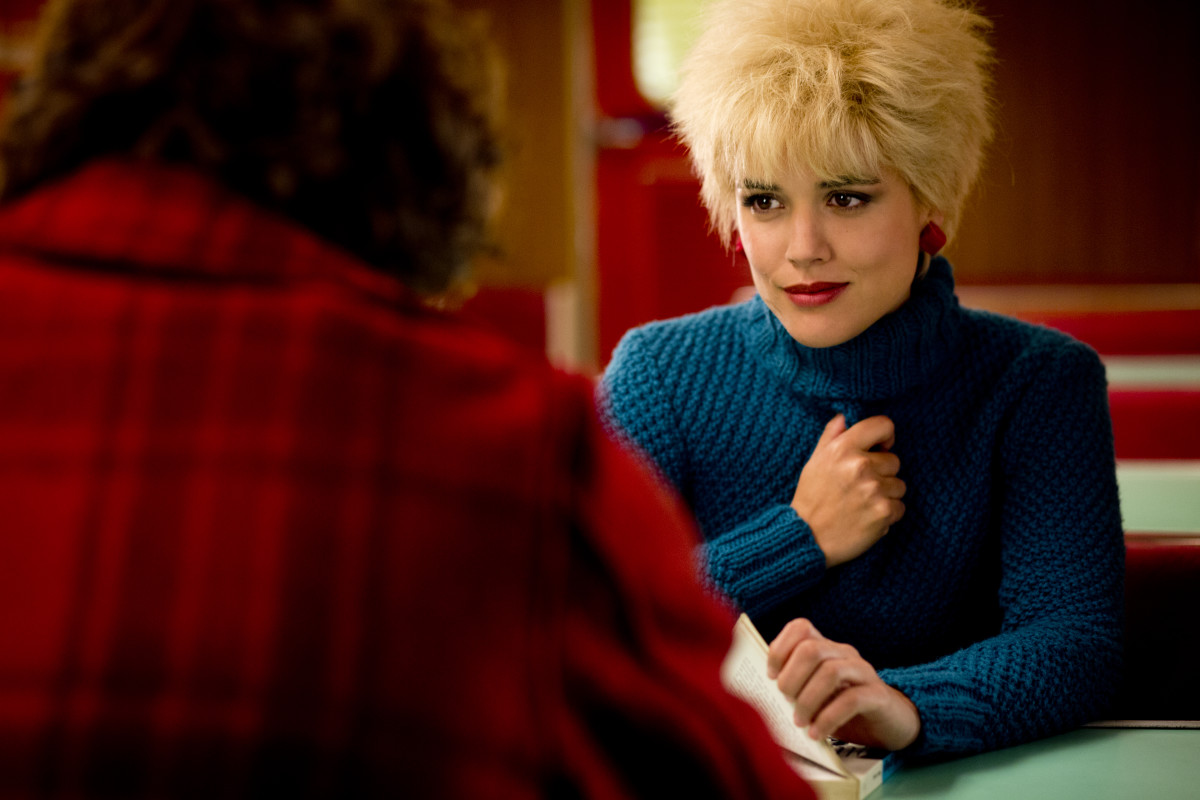 While Julieta’s narrative mostly involves heterosexual characters, the queer themes from his previous films remain constant. The transsexual father of All About My Mother is reconfigured as a straight male, but the film still ends up being about the mother’s loss of the father of her baby, and how that loss ends up making the child suffer. Julieta’s father keeps her mentally unbalanced mother locked in a room, just as Robert Ledgard (Antonio Banderas) keeps his transsexual “bride” locked up in The Skin I Live In. Part of the brilliance of Almodóvar is how he deals with universal themes, often involving queer or marginalized characters, which can be applied to any character lost or damaged by the vicissitudes of romantic love, parenthood, or personal tragedy. Lola (Toni Cantó), the transsexual father in All About My Mother, is HIV-positive and passes on the virus sexually to Hermana Rosa (Penélope Cruz), the surrogate daughter of his former wife, Manuela (Cecilia Roth). In Almodóvar’s viral world, everyone becomes queer in one way or another.

All About My Mother is a heartbreaking homage to All About Eve, A Streetcar Named Desire, and John Cassavetes’ Opening Night in which all of the filmmaker’s thematic, visual, and narrative fixations coalesce into his ultimate masterpiece. We are presented with a boy writer (the same trope later reconfigured in Bad Education) whose father is an M to F transsexual. (Almodóvar has been light years ahead of everyone else in his complex and sympathetic portrayal of transgender characters.) The boy is hit by a car and killed while seeking the autograph of a star, a narrative twist borrowed from Opening Night. Characters frequently die or are badly injured in car accidents in Almodóvar films (the abusive priest in Bad Education; Robert Ledgard’s wife’s lover in The Skin I Live In; the title character in Julieta). They also end up in comas (the two women in Talk to Her; the wife of Julieta’s lover). If not in comas, his characters are often weakened or disturbed by mental or physical illness or drug addiction (Huma’s lesbian junkie lover and Hermana Rosa’s father in All About My Mother; the junkie transexual brother/sister of Gael García Bernal’s character in Bad Education; opium-addict and forced transsexual Vera Cruz in The Skin I Live In; Julieta’s daughter and mother in Julieta). Brothers do not often end up well in Almodóvar films, with one brother killing another in both Bad Education and The Skin I Live In. Almodóvar’s stories chronicle turbulent, dysfunctional families, complex narratives woven not just within films, but, thematically, between them. As with any great auteur, it can create the impression that the viewer is actually watching one long, endlessly reiterated movie that only becomes more intricate and resonant with age.

All About My Mother gives full force to another frequent narrative device of Almodóvar: the film (or play) within the film. Three different characters play Stella Kowalski in A Streetcar Named Desire, the play-within-the-film in Mother. Finally, even the play itself is taken over by Agrado (Antonia San Juan), the remarkably grounded and wise transsexual character who, when the lead actresses of the film can’t perform, tells the audience her life story instead.

Performativity is always taken to its limits in Almodóvar’s films: characters often play different versions of themselves, or of each other, as if in a hall of mirrors. In Bad Education, Juan impersonates his brother Ignacio first in real life, then in a film-within-the-film as the transsexual character Zahara. In The Skin I Live In, the film-within-the-film device is taken to new levels of subversion: Robert Ledgard’s mother, Marilla (Marisa Paredes, who also plays Huma in All About My Mother), is bound, gagged, and forced to watch on a TV monitor as her other son, Zeca, rapes the captive Vera. Zeca is then shot to death by Ledgard. It’s a brutal scene in a brutal film, but one that articulates the director’s pathos and humanity as seen in his lighter, more melodramatic work. Ledgard’s fixation over his dead daughter — who killed herself after what amounted to a rape by Vera when Vera was still a man, spurring Ledgard to forcibly transition Vera to female — mirrors the fixation that Julieta has on her lost daughter in Julieta. The two stories couldn’t be more different, but the emotional journeys are the same.

The Skin I Live In is probably Almodóvar’s most audacious film to date, which, considering his body of work, is saying an awful lot. From the moment Marilla sends dinner and an Alice Munro book (!) up to the imprisoned Vera in the dumbwaiter, then watches her son sexually assault the girl on the surveillance monitor, the film revels in its own audacity. When we discover that Vera Cruz is the Frankenstein’s Monster of evil plastic surgeon Ledgard, who has forced his victim to have a sex-change operation against his will, all bets are off. It’s incredible that a film featuring three rapes and one forced sexual reassignment, as well as themes of incest and extreme fetish, still manages to draw us into the emotional depths of all the characters without seeming exploitative, or opportunistic. 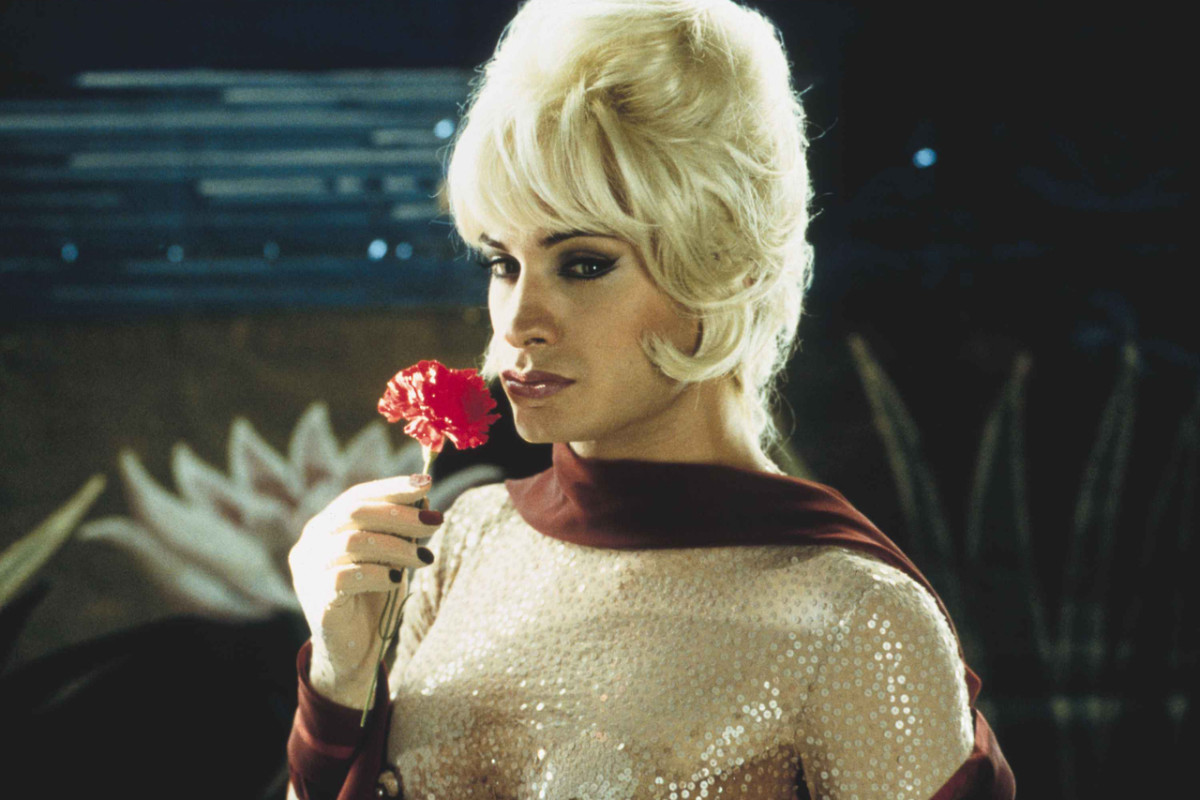 The genesis of Almodóvar’s complex world can be found in La Movida Madrileña, the oppositional ethos that arose in Spain after the demise of Franco and his fascist dictatorship in 1975. All the social and sexual repression the Spanish people endured during this authoritarian regime exploded in a kind of sexual revolution involving prostitutes, punks, drag queens, queers, junkies, and other marginalized and oppressed outsiders. As a filmmaker, he has channeled all the rage and passion and sexual energy of La Movida. His work serves as a constant reminder that repressed desires forced into submission by oppressive regimes will always come back in a mutant form. Luckily for us all, Almodóvar’s mutations are beautiful, aesthetically pleasing, overwhelmingly feminist, sexually subversive, and unwaveringly queer.

**Bruce LaBruce is an internationally acclaimed Toronto-based filmmaker, writer, photographer, and artist. His newest film, The Misandrists, about a school for wayward girls that’s actually a front for a group of radical lesbian terrorists, premiered at this year’s Berlin Film Festival. **