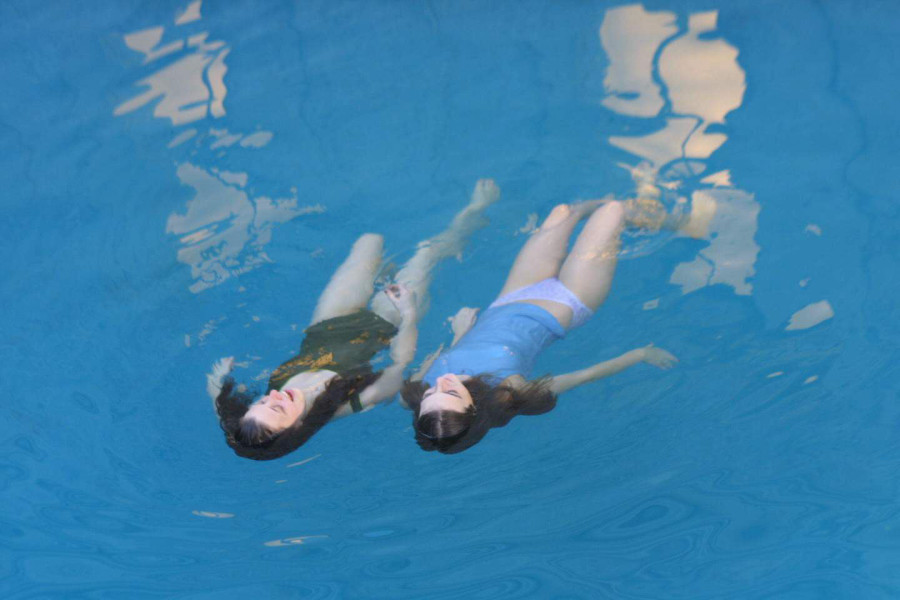 The TIFF Cinematheque retrospective Argentine Genius: The Films of Lucrecia Martel runs from February 23 to February 27.

When all three movies in Lucrecia Martel’s Salta Trilogy — La Ciénaga, The Holy Girl, and The Headless Woman — made it onto a list of the top ten Latin American films of the decade (based on a survey of film critics, scholars, and industry professionals conducted by the NY-based Cinema Tropical), the director’s status as “the leading director of the Argentine renaissance” (J. Hoberman) was amply confirmed. Named after the northwestern province of Argentina where all three films are set (and where the director herself grew up), Martel’s Salta Trilogy counts as one of the signal cinematic achievements of the millennium. Martel’s long-awaited new film, Zama (which screened at last year’s Festival), offers further proof that the Argentine auteur is indeed some kind of genius.

One might borrow Ken Loach’s title Family Life for Martel’s oeuvre, so intent is the latter upon the examination of familial ties and ancestral tensions. (One of the challenges of her cinema, given the extraordinary physical intimacy of brothers and sisters, children and parents, masters and servants, is sorting out just who is who — cousin? sibling? maid? friend? lover?) Like Terrence Malick and Apichatpong Weerasethakul, Martel somehow manages to inhabit both ends of the continuum that extends between cinema’s Controllers and its Intuitionists: i.e., those who lock every line, image, and role into a system of predetermined meaning (Haneke, Egoyan, Reygadas et al), and those who profit from chance and indeterminacy (Jarmusch, Varda, Godard, etc.). Martel’s precise compositions and exacting tone play off the disarray of her domestic scenes, the encroachment of the jungle in La Ciénaga, the whiff of decline in the hotel halls of The Holy Girl, and The Headless Woman’s mesmeric drift through a once-familiar world now unfixed in its features. 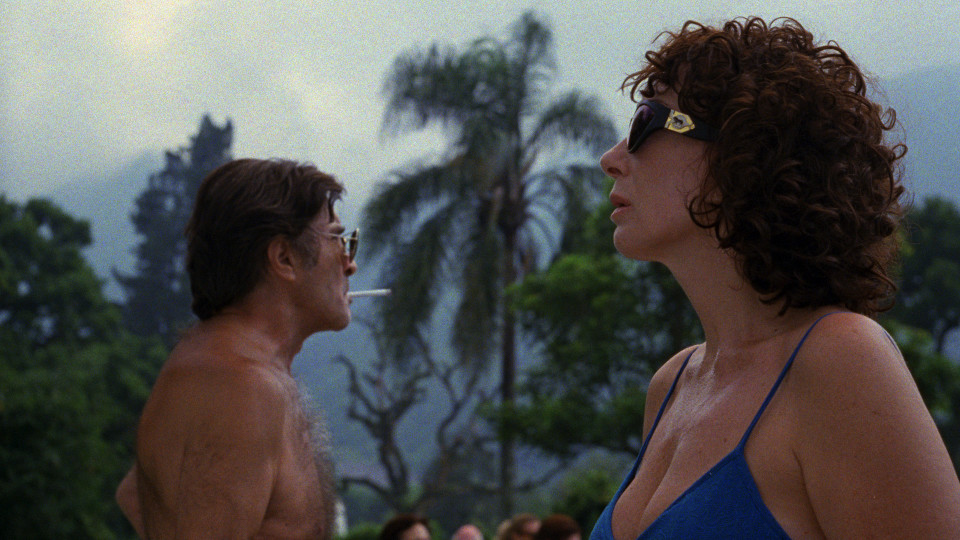 Martel established her terrain of oblique unease among Argentina’s rural bourgeoisie with her remarkable debut feature. La Ciénaga’s Gothically disturbed household is presided over by the bitter, imperious Mecha (Graciela Borges), part Miss Havisham, part Norma Desmond, as she drunkenly cries out for ice and red wine, denounces the Indian maids, and threatens to take to her bed as her mother did for the last decades of her life. Like Martel’s other wounded matriarchs in the films to come, Mecha slips into a reverie of escape, via an oft-promised shopping trip to Bolivia which, like all else in her unmoored life, comes to naught. The sense of decay and inebriation in La Ciénaga — set in a crumbling mansion aptly named after a narcotic (“La Mandragora”) and surrounded by invading jungle — would become in The Holy Girl an aura of torpor and stanched desire in a fading hotel, in The Headless Woman a world of shuttered twilight and incipient madness. 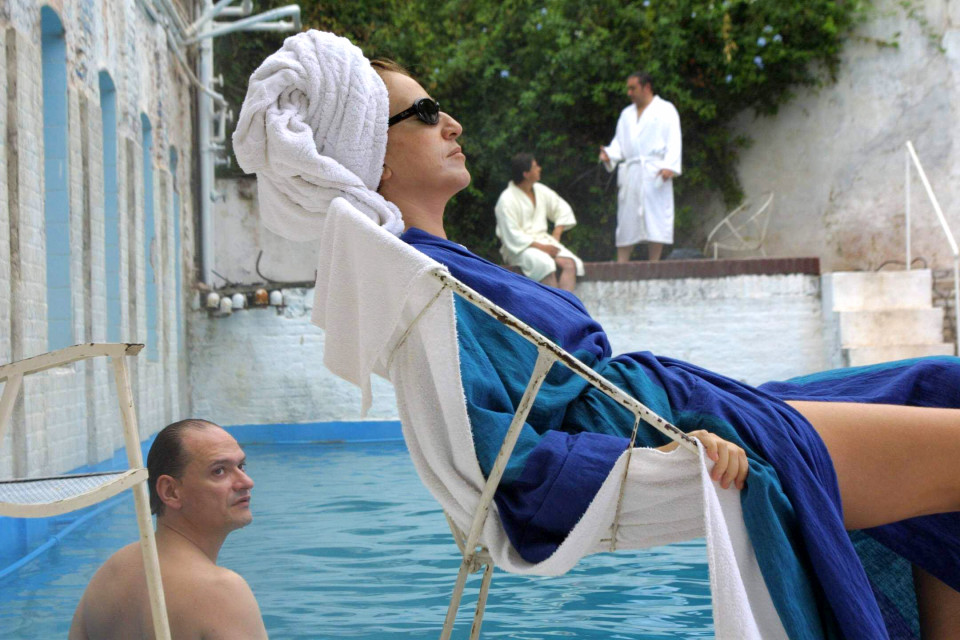 In Martel’s anxious, entropic universe, the source of malaise seems at times sexual (the semi-incestuous arrangements of La Ciénaga, the furtive frottage of The Holy Girl, the family disquiet over effeminate men and the “dykey” young niece in The Headless Woman), at other times ecological (the flood, rusty tap water, the filth and aggressive turtles in Headless), and at times medical (an epidemic of hepatitis in Headless, the hospital scenes in La Ciénaga, the doctors’ conference in The Holy Girl). Martel, who has occasionally attributed her striking visual style to her myopia, compares making films to practicing medicine — her disposition to hospitals, dental clinics, and waiting rooms suggests an affinity with other somatically inclined contemporaries such as Cristi Puiu, Arnaud Desplechin and Apichatpong — and, fittingly, her characters are frequently accident-prone, sometimes fatally so. Mecha falls on a broken wine glass at the outset of La Ciénaga and spends the rest of the film dabbing cream on her lacerated cleavage; her family incurs all manner of injury, until another descent delivers the film’s fatal, symmetrical ending. In The Holy Girl, the fall is less metaphorical: a naked neighbour crashes into an apartment balcony from floors above, an errant Icarus stunned at the miracle of his own survival. The inciting accident of The Headless Woman — middle-aged dentist Verónica (María Onetto) hitting a dog with her car — appears banal, but eventually creates a slow-spreading trauma.

As tempting as it is to read Martel’s trilogy as political-social allegory (The Headless Woman in particular strikes one as an oblique commentary on Argentina’s “dirty war” of disappearances and the ensuing, coercive silence), the three films concern themselves equally with the traps set by the senses. In a typically allusive Martelian trope, the timid doctor in The Holy Girl feels up the title character as they both watch a theremin player who produces music by not touching his instrument. Hands on, hands off: touch leads to personal catastrophe for both felt and feeler by film’s end. “Close them, close them,” the first words uttered after the prologue in Headless, is one of Martel’s many admonitions about looking, about eyes, sight, and blindness: the final line of La Ciénaga is “I didn’t see anything,” while the song that opens The Holy Girl directs us to “look, look at the extreme vileness.” 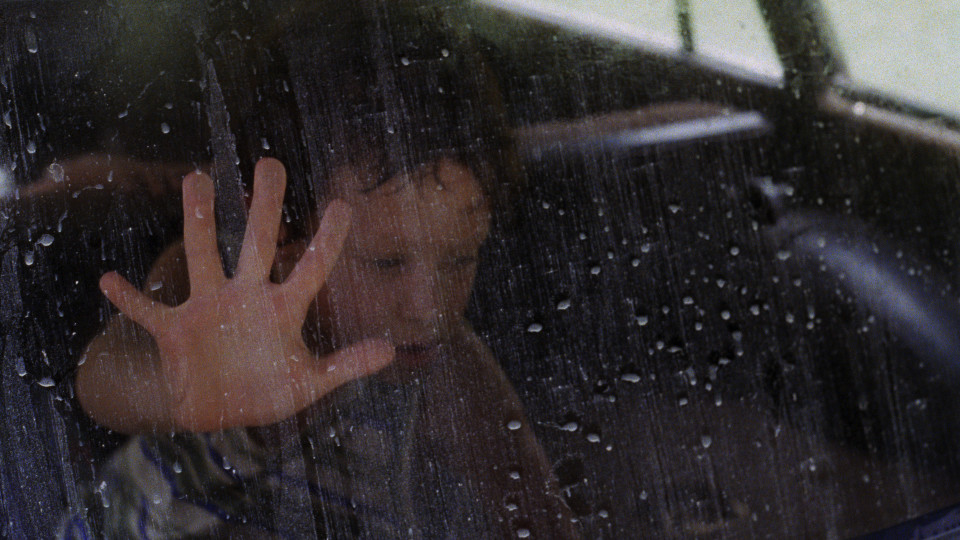 “The world, the reality we live in ... is invisible,” said Antonioni, “hence we have to be satisfied with what we see.” Martel shares with the Italian master a concern with the tenuousness of perception, our sometimes anguished attempts to apprehend a reality that eludes us. Martel’s distinctive visual style often makes it difficult to decipher the image, to locate objects in space and to readily discern settings and characters. (Fond of slurred imagery, Martel often films her characters through or looking out of rain-spattered glass.) Working for the first time in Scope in Headless, Martel amplifies her signature spatial dislocations and strange truncations, her sudden shifts in perspective and employment of extreme shallow focus, to vertiginous effect. The initial image of Verónica’s world is emblematic — a canted, hazily veiled composition — and she herself first appears as a red-sweatered smear in deep, unfocused background; as the film progresses, Martel isolates orbs and squares of activity (inset rooms, mirrors) within the widescreen frame, sometimes resorting to trompe l’oeil effects to further disorient and forestall easy reading. 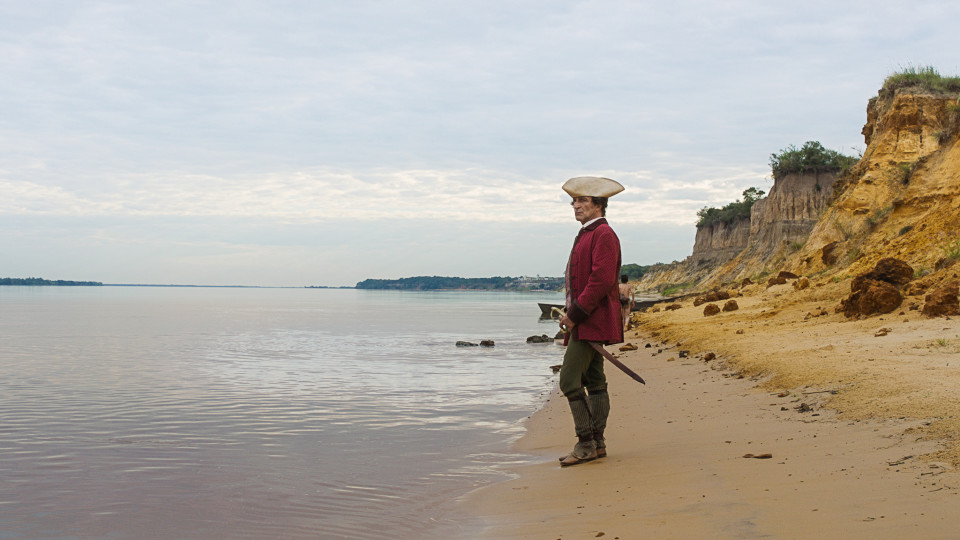 After an almost decade-long hiatus in her filmmaking, Martel re-emerged in 2017 with her highly anticipated adaptation of Antonio Di Benedetto’s novel Zama, set in an 18th-century Spanish colony on the Asunción coast (now Paraguay). As removed as this locale is both temporally and geographically from Martel’s usual terrain of contemporary Salta — and its central character, hapless colonial functionary Don Diego de Zama (Daniel Giménez Cacho), from Martel’s customary matriarchs — the director’s new film proves less a challenge to auteurist coherence than one might first imagine. Much about Martel’s Zama suggests a continuity of style and vision with her Salta Trilogy: once again she emphasizes the snares set by the senses (the film opens as the erotically frustrated Zama is caught spying on a group of naked women mud-bathing by the river), and creates an intoxicating aura of enforced inertia, artfully rebuffed flirtations, endlessly postponed prospects (Zama’s eternal longing to depart for Lerma is not unlike Mecha’s forever deferred trip to Bolivia in La Ciénaga), and an oppressive sense of heat, pestilence, and injury. 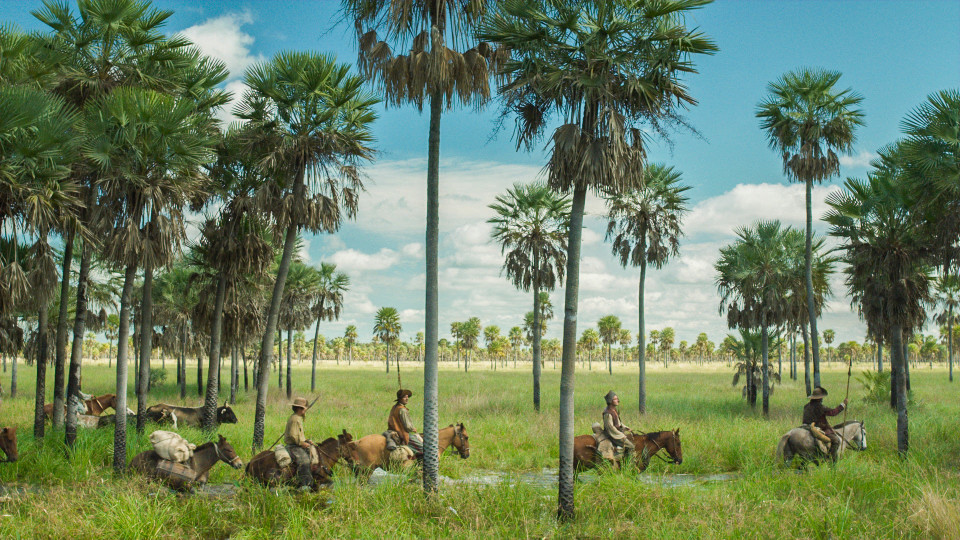 Zama’s catalogue of maimed limbs and appendages (including a pair of ears won at cards that does not appear in the novel) recalls the director’s penchant for bodily abrasion and impairment, as does the vividly depicted malady and death of a visiting liquor merchant, greatly elaborated by Martel from the novel’s already grotesque description. (One might also see in the terrifying and perhaps apocryphal bandit Vicuña Porto — ubiquitous via rumour in the film, though unmentioned in the novel until very late — an echo of the imaginary rat-dog that terrorizes the children throughout La Ciénaga.) Abuse of the dark-skinned and indigenous remains one of the director’s cardinal themes (the film’s anti-colonialism is largely Martel’s), and her connoisseurship of senescent and decaying outposts finds renewed relish in the crumbling colonial abodes and ghost-haunted shanties of Zama’s riverine exile. And while Zama is indeed Martel’s first male protagonist, she had previously portrayed, with considerable empathy, the furtive Dr. Jano in The Holy Girl, a man as driven by erotic craving as the predatory Don Diego. (After indulging their illicit fantasies, both men respond with self-deceiving penitence, invoking their wives and children as talismans against desire.) 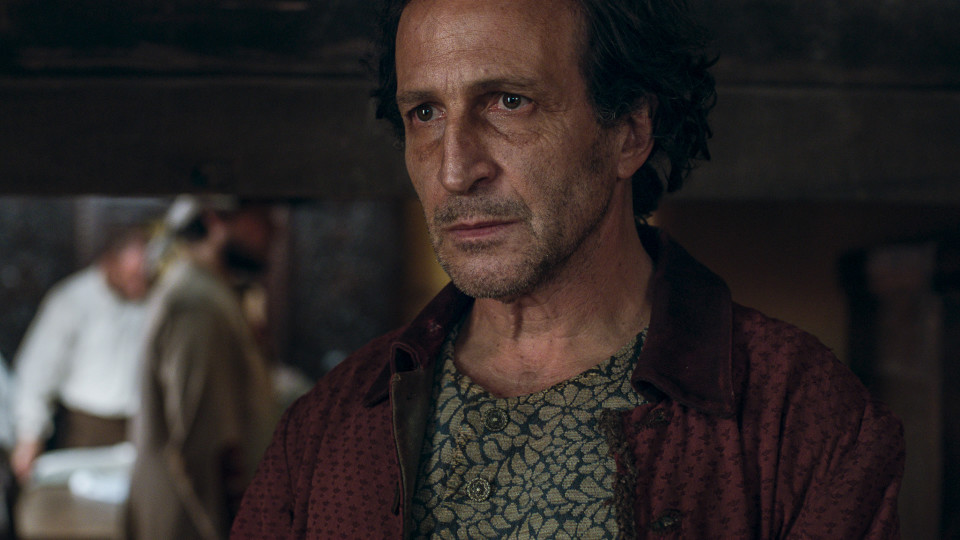 Most importantly, Martel’s idiosyncratic way of placing bodies in space, her elliptical approach to narrative and character, and her ingenious sound design — registering Zama’s dislocation with the eerily falling, drone-like “Shepard tone,” and the presence of life offscreen through sometimes subliminal acoustic effects (e.g., the child’s toy that intrudes almost imperceptibly on the soundtrack before its source is finally revealed) — all remain gloriously intact, though here intensified into newfound aesthetic grandeur.

Portions of this essay appeared in two issues of Artforum Magazine.