Guy Maddin on My Winnipeg 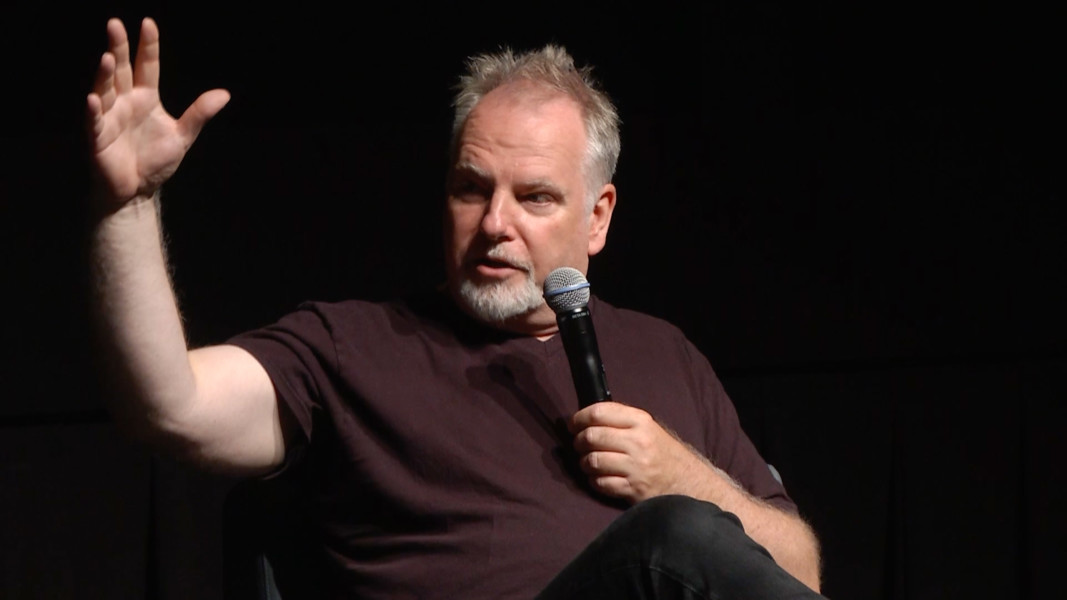 Guy Maddin on My Winnipeg

Prior to a screening of his film My Winnipeg, Guy Maddin discussed a desire to mythologize his prairie hometown through a blurring of fact and fiction.

Canadian auteur Guy Maddin provided an introduction to a screening of his most intimate film, My Winnipeg (2007). The film — which Maddin terms a “docu-fantasia” — combines elements of fiction and those stranger-than-fiction to create a dizzying portrait of the director’s hometown of Winnipeg. The film was awarded the Best Canadian Feature Award at the 32nd Toronto International Film Festival.

Guy Maddin has constructed a career out of bridging the gaps between film genres and histories, creating an extensive collection of feature-length and short films that often mobilize early cinematic techniques to tell a range of stories. In his introduction, Maddin discussed his conflicting feelings about growing up in Winnipeg and how Winnipeggers’ inability to self-mythologize provided fodder for the film. Other topics discussed during the introduction included the film’s Winnipeg premiere at the Burton Cummings Theatre and the process by which Maddin settled on his hometown as the subject for the film.

As part of the fourth national poll for Canadian Open Vault: The All-Time Top Ten, this event was held on July 19, 2015 at TIFF Bell Lightbox and was hosted by Steve Gravestock, Senior Programmer, Festival Programming, TIFF.