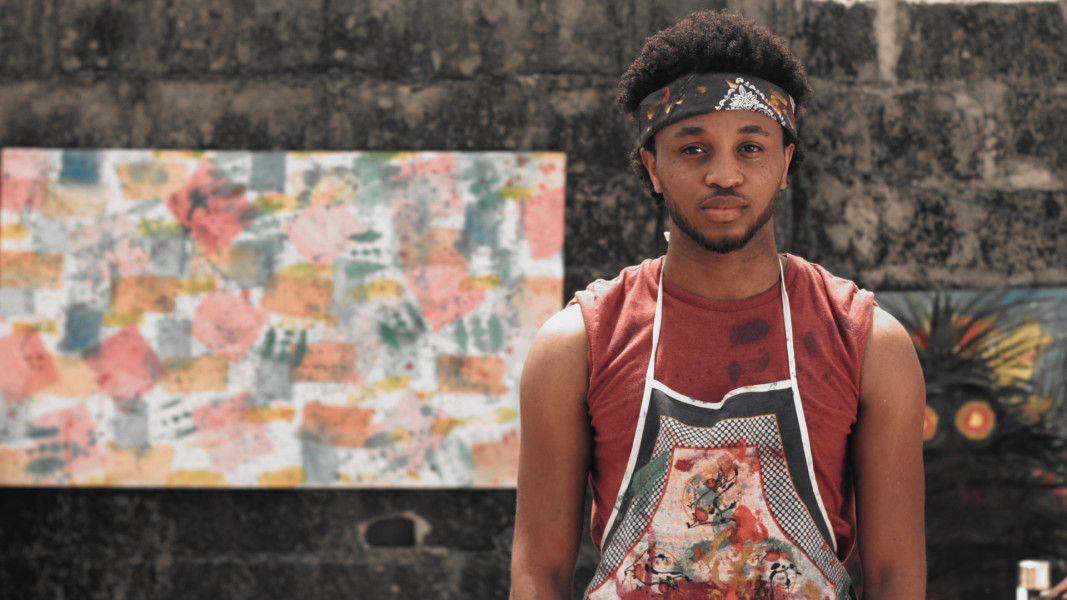 __This festival, TIFF 16 puts the spotlight on NIgerian cinema with our City To City: Lagos programme. Learn how you can help young and emerging Nigerian filmmakers travel to Toronto. __

I am a young Ugandan and I distinctly remember falling in love with Nollywood when I realised that every film would abruptly end, seemingly mid-scene, with a title card that said “TO GOD BE THE GLORY.” If I was lucky, the film would have a title like, “Beyoncé, The President’s Daughter” or a CGI ghost, who appeared as engendered by Microsoft Paint, as it slapped our protagonist silly. To me, these films were from heaven. I quickly tracked them down and proceeded to terrorize my family with the relentless juju, marital strife, prayers, cameraman reflections, peaking audio and flute soundtracks that never end - everything but the sweet taste of Jollof Rice. It became a game as to which film could be more ridiculous than the last. All but my steadfast grandmother fell off, one by one, the glory of Nollywood too powerful to be handled by all.

Frankly, this pastime has become more and more difficult to maintain. Films from Nigeria are getting... better. The laughs are now because of a well-timed punchline and the old joys are long gone. 76, playing at TIFF 16 as part of the Festival's City To City Lagos programme, is an epic film that’s shot on 35mm. The story focuses on a high-ranking military official and his wife during the Biafra civil war. Oko Ashewo pulls no punches and is a polished Night On Earth-esque exploration of “Jonny comes to town” — keeping its roots firmly in what it means to start building a life in Lagos. Green White Green is a bohemian exploration of that same city. It tugs on heartstrings and millennial dreams in the form of three friends and their desire to make a movie. Programmer Cameron Bailey described it as Lagos revisited by Spike Lee.

Filmmaker Omoni Oboli, who I am lucky enough to have lend her voice to this article, is one of the people who has contributed to Nollywood’s shift. She was around before the Nigerian film industry even had earned its name and before it had given birth to “Wakaliwood” (Uganda), “Ghaliwood” (Ghana) and many others. Back then, it was simply called “Home Video.”

She began as an extra, also known as a “waka pass” (say it out loud). After walking past the camera enough times to get noticed, she landed a role in a film that is arguably the birth point for the New Nigerian Cinema, The Figurine. She is now the proud director of one of Nigeria’s most popular films, Wives on Strike. In her usual witty style, this film is Oboli’s take on what happens when a group of women bring politics home and stage a protest by refusing to sleep with their husbands. At TIFF 16, Oboli will premiere Okafor’s Law, a comedy which has a group of men testing the boomerang limits of good sex. The Figurine was the first definitive departure from “Home Video/Nollywood” because of two relatively simple but certainly hard to procure elements: a thoroughly developed script and a sizeable budget.

Where the old school focused on low budgets for quick profits, Oboli and her peers upped the stakes from $35,000 to $300,000. These filmmakers also invested time in travelling with the movie to push its nation-wide theatrical distribution. She has a simple policy for the non-believers — if you watch her movie and don’t like it in the first half hour, two free tickets are yours to any other film in the theatre. No one’s asked for their money back yet. When the director first read the script for The Figurine, she realised that she was about to take part in one of Nigeria’s first thrillers. This was an unobtainable genre at the time, since most films were made by rapid-fire, one-take-only improvisation.

In her words: “Everyone wants to do better and be better. You are watching beautiful Hollywood movies and you are thinking to yourself, ‘why can’t I do that?’”

In an interview with me, she goes on to say that Hollywood is just repeating itself. In the same year, you can watch two movies with the same story approached the same way. In Nigeria, Oboli sees a multitude of untouched, barely explored cinema and stories. She questions: “In what way are we seeing ourselves on their screens? If we work on quality, we have something major — different perspectives and stories many haven’t seen. We are setting ourselves up for something big.” 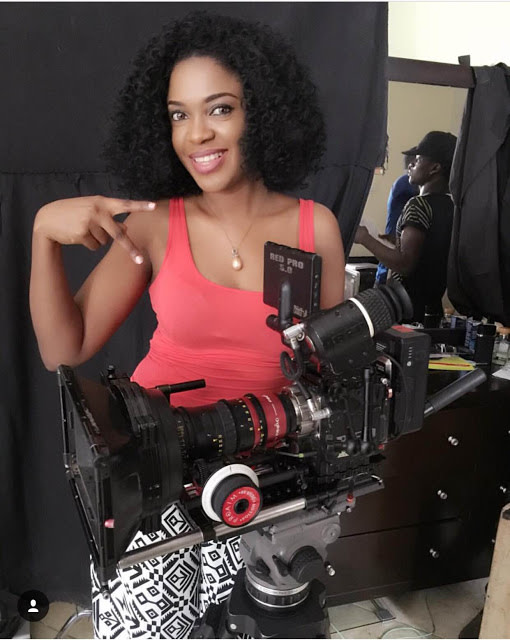 With Nollywood, the audience is there for the picking with a billion Black Africans who don’t often get the chance to see themselves onscreen. The rapid explosion of Nollywood is a beautiful testament to this fact. People want to see stories of connectivity and about Blackness that are simply genuine, relatable and exist in ways outside opposition to whiteness. They want to see movies where a headwrap is taken for granted, and the meaning of a small red hat is implicitly understood. Where egusi soup is not an exoticism to be explained. When I watch a movie where a Black woman is a maid and another is the driver of a Mercedes Benz, it’s nice to have the luxury of taking their race for granted. The late greats of African Cinema, who conveyed all of this in their 1960s celluloid glory, were unfortunately trapped by prohibitively expensive budgets and film festival circuits. Since then, they’ve never quite been able to generate the sheer volume of films and audience that this new Nigerian cinema has.

Nollywood has permeated the African continent. Pirates stand on every street corner in every major city for your viewing pleasure. There are six different Africa Magic Channels streaming all local African, and a majority Nigerian content, on the continent-wide cable network DSTv. Netflix is streaming more Nigerian content than a human being can possibly digest. New Nigerian cinema is travelling the world. At TIFF '16, it takes the the form of Okafor’s Law, the glamorous and aesthetically divine rom com The Wedding Party, the witty crime caper Just Not Married and the heavyweight drama 93 Days, which revisits Nigeria’s encounter with Ebola just a few years ago. There’s also the TIFF '16 film The Arbitration, which explores an ugly mix of business and romance. To top it all off, these and other films properly engage African audiences on their own terms, with their own star systems and maybe most importantly, their own money. Nollywood, as we most certainly no longer know it, is here. My sincerest hope is that they keep shooting until the electricity cuts out (read: NEPA take light).

The TIFF 16 City To City: Lagos Programme has been announced! If you’re interested in experiencing the New Nigerian Cinema, why not check out the following films? 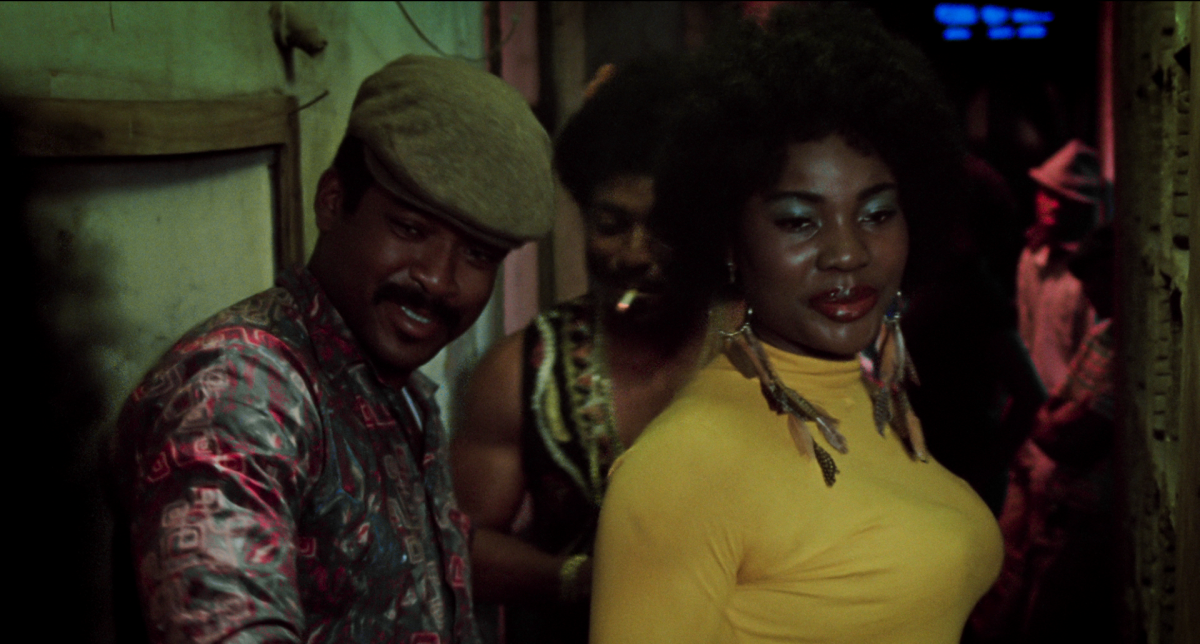 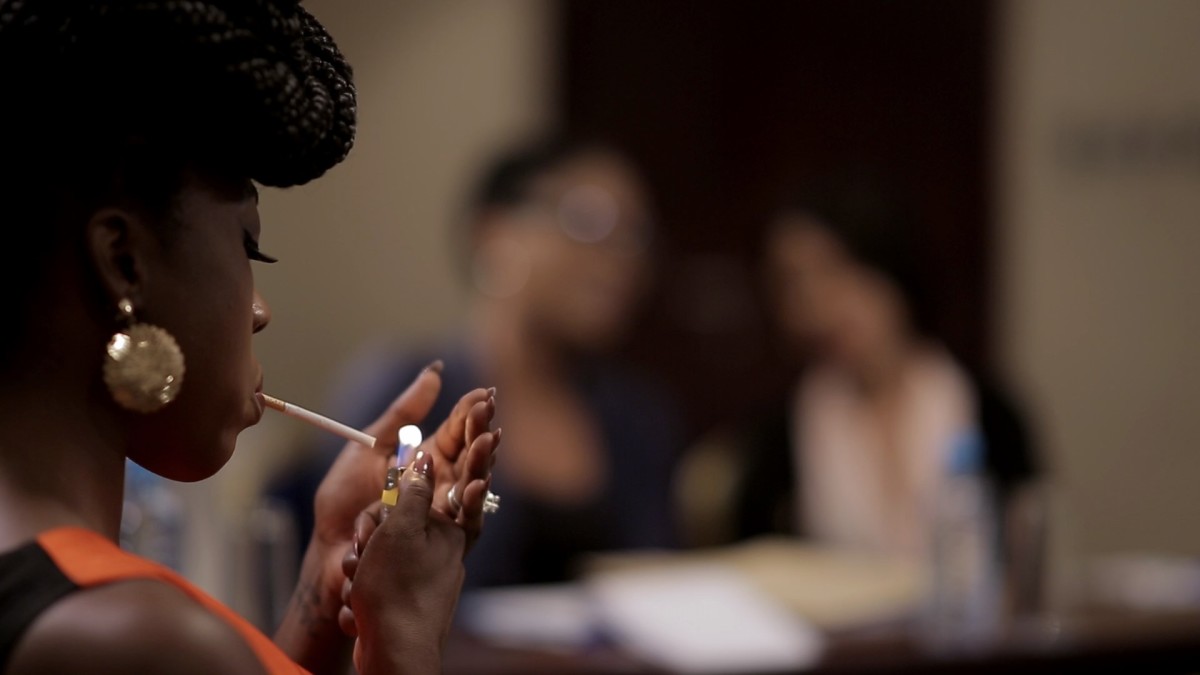 An arbitration must deal with the messy corporate entanglements of a workplace affair that led to a possible rape in the fast-paced world of the Nigerian technology space. Starring TIFF Rising Stars OC Ukeje and Somkele Iyamah-Idhalama, Adesua Etomi, Iretiola Doyle, and Sola Fosudo. 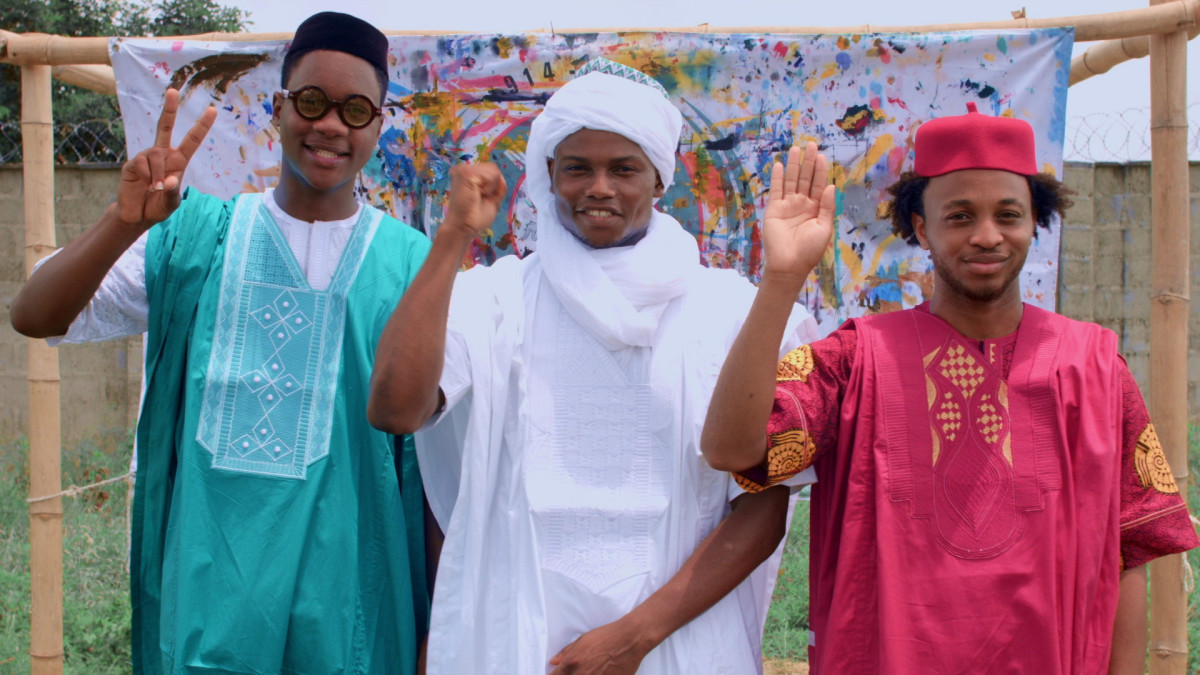 A coming of age story about three young boys, from Nigeria's major ethnic groups, on an adventure to make a short film inspired by the history of Nigeria. They embark on a roller coaster ride that will eventually lead them towards their individual paths to self-discovery. 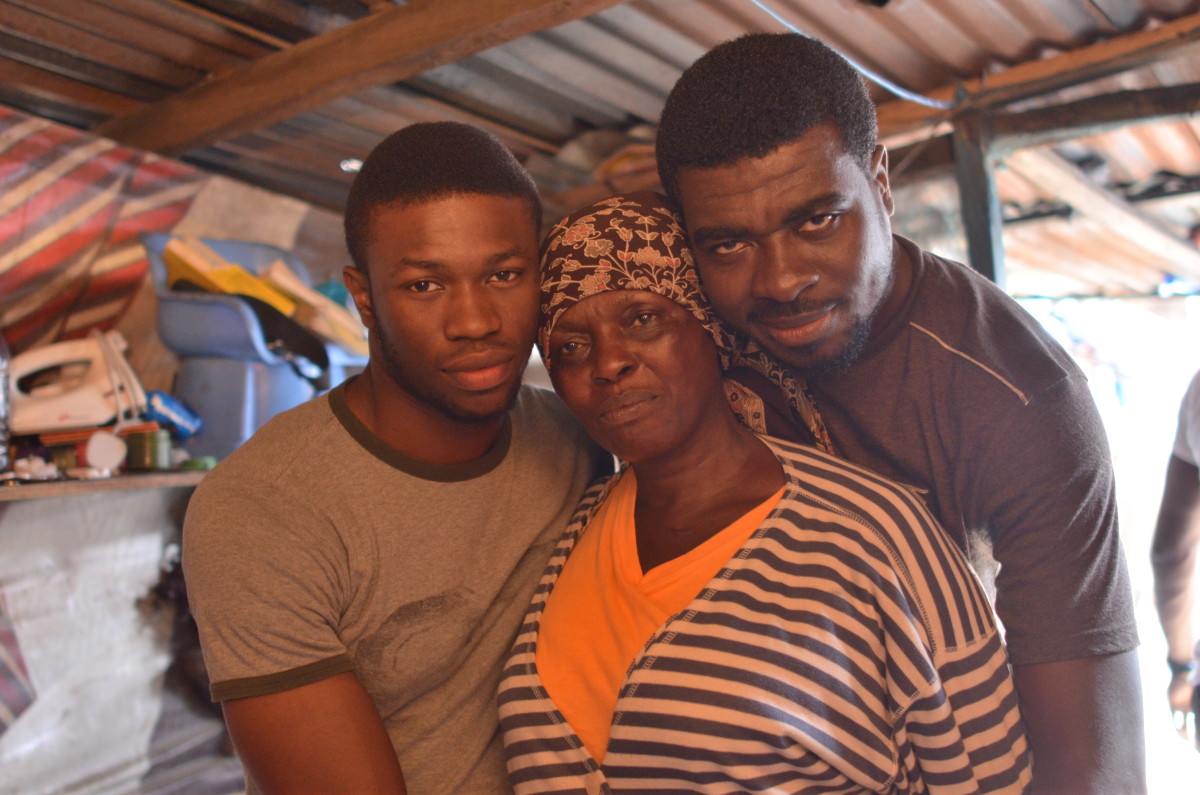 In this caper comedy thriller, a bright but broke undergrad striving to escape the slums gets in over his head when his modest criminal enterprise goes a bit too far when he and his friends resort to stealing cars under the guise of being married.

Chuks is a firm believer in Okafor's Law which states that once a man has had a woman, he forever has access to her. Challenged by his friends to prove the validity of the law in 21 days, past girlfriends Ify, Kemi and Ejiro are brought back into his life.

Adigun, a struggling village mechanic, accepts an invitation from Taiwo, his late father's best friend, to take over his father's now vacant position as a taxi driver alongside him. Adigun, now tackling life in the heart of Lagos, is completely oblivious of the wheels that his mere arrival has inextricably set in motion. 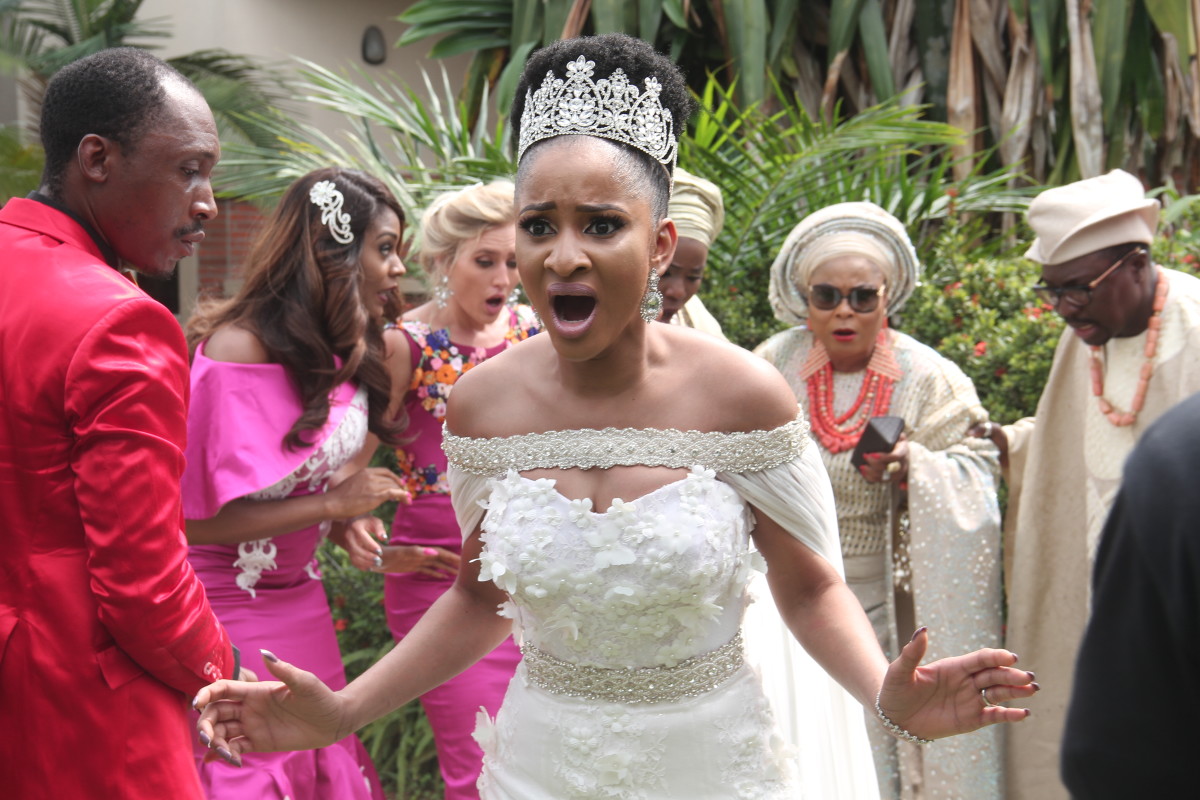 Everyone knows that there ain't no party like a Nigerian wedding party... Especially when you throw in an insecure virgin bride, a reformed playboy groom, two overbearing mothers who can't stand each other, one philandering husband, a high strung wedding planner, the invasion of unruly village gate-crashers, a thief on the loose, a best man with a flash-drive full of secrets, a sexy ex with vengeance on her mind, two loyal bridesmaids ready to go to war, and a brother seeking his father’s approval. It is a hilarious melting pot of potential disaster. 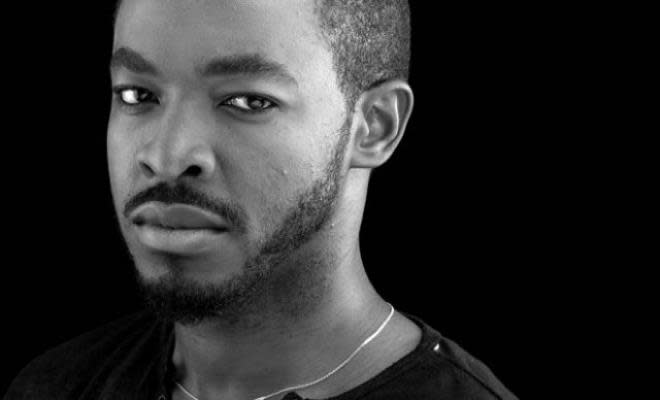 OC Ukeje is a Lagos-born actor, singer and performer. Winner of the 2006 Amstel Malta Box Office reality TV show for actors, he later trained at the New York Film Academy. He has won several Best Actor awards, including the Africa Magic Viewers’ Choice Award, a Nigeria Entertainment Award, an Africa Movie Academy Award, and a Best of Nollywood Award. His films include Teco Benson’s Two Brides and a Baby (2011); Jeta Amata’s Black November (2012); Half of a Yellow Sun (2013), based on Chimamanda Ngozi Adichie’s bestselling novel; Destiny Ekaragha’s Gone too Far! (2013); Kenneth Gyang’s Confusion Na Wa (2013); Seyi Babatope’s When Love Happens (2014); the television series Gidi Up; Remi Vaughan-Richards’ The Department (2015); Sara Blecher’s Ayanda (2015); and Niyi Akinmolayan’s The Arbitration (2016), which plays at the Festival. 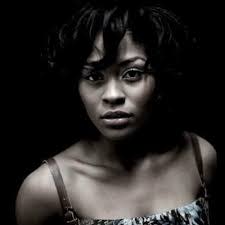 Somkele Iyamah-Idhalama is an actor, model, and fashion executive based in Lagos. A graduate of McMaster University in Hamilton, Ontario, she made her onscreen debut in the television series The Island. Her first leading role was in the television series Gidi Up. Recent projects include Steve Gukas’ 93 Days (2016), Niyi Akinmolayan’s The Arbitration (2016), and Kemi Adetiba’s The Wedding Party (2016), which will all screen at the Festival.