George A. Romero on Night of the Living Dead 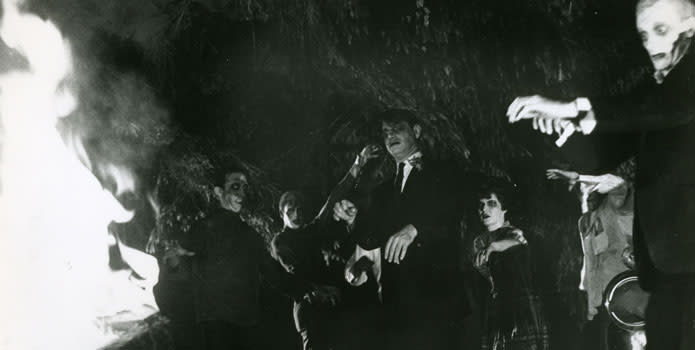 George A. Romero on Night of the Living Dead

The "Godfather of Zombiedom", George A. Romero joined post-secondary students and faculty to discuss his immeasurable contributions to the horror film genre and popular culture.

Following a screening of his landmark horror film, Night of the Living Dead (1968), director George A. Romero joined post-secondary students and faculty to discuss his 50-year career in filmmaking. Known as the "Godfather of Zombiedom", Romero defined the Zombie film genre with Night and its sequels Dawn of the Dead (1978) and Day of the Dead (1985), and continues to push the genre further with more recent entries, such as Diary of the Dead (2007), which made its world premiere at the 2007 Toronto International Film Festival. Having worked outside the mainstream studio system, Romero is a pioneer of independent filmmaking. In addition to directing, Romero also wrote and produced many of his most iconic films. With zombiewalks a worldwide phenomenon and continuing interest in zombie art, literature, film and television works, Romero's contributions to film and popular culture are immeasurable. Outside of theDead universe, the director also discussed his equally innovative horror films The Crazies (1973), Martin (1976), and Creepshow (1982). Other topics included: the evolution of the zombie in film – from the 1930s to today, women and race in horror films, and Romero's influences. This Higher Learning event was held on November 2, 2012.