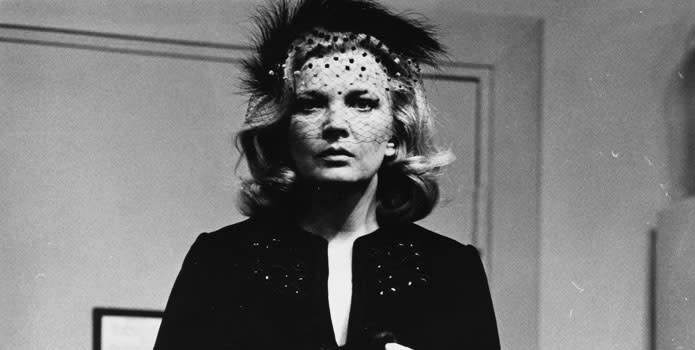 Legendary, award-winning actress Gena Rowlands joined the students and faculty for a Q&A following a screening of the John Cassavetes-directed Opening Night.

To coincide with the TIFF Cinematheque retrospective, Masks and Faces: The Films of John Cassavetes, award-winning actress Gena Rowlands joined post-secondary students and faculty for a Q&A session following a screening of Opening Night (1977). Directed by her late husband, the pioneering filmmaker John Cassavetes, Opening Night features a groundbreaking performance by Rowlands, as well as a performance by the director himself. Rowlands plays aging actress Myrtle Gordon, who, while rehearsing a new play, witnesses the death of an obsessed fan, causing her to spiral out of control – much to the detriment of the play's director (Ben Gazarra) and leading man (John Cassavetes). Rowlands described her experiences working in theatre and how this early part of her career influenced much of her performance in Opening Night. The actress also discussed her role in Cassavetes' A Woman Under the Influence (1974) – which earned the actress an Academy Award® nomination for Best Actress (her first of two). Other topics included: the differences in acting on stage and on screen, Rowland's working relationship with Cassavetes, and the actress's methods for developing characters. This Higher Learning event was held on July 15, 2011 at TIFF Bell Lightbox.