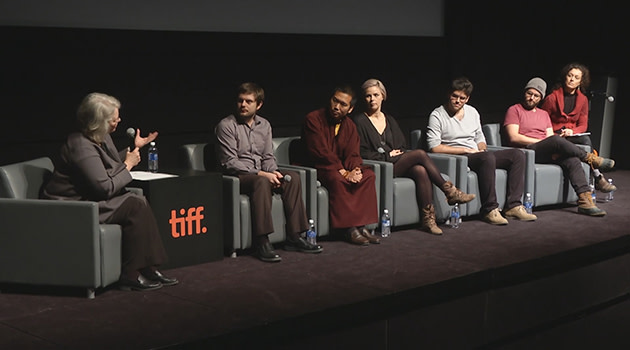 Emerging filmmakers discussed a series of short films on the topic of spiritual and cultural identity.

Following a screening of their work for post-secondary audiences and members of the community, emerging filmmakers discussed how cultural and spiritual experiences influence their films. Common themes included notions of belonging, rejection, and home, underscoring the importance of film and its influence on personal and community-held beliefs. The conversation also considered the creative process, emphasizing the importance of self-awareness and the ability to recognize personal bias.

This Higher Learning event was held on January 29, 2016, at TIFF Bell Lightbox, and was moderated by Sherry Coman, Professor at Humber College, Waterloo Lutheran Seminary, and the University of Toronto.