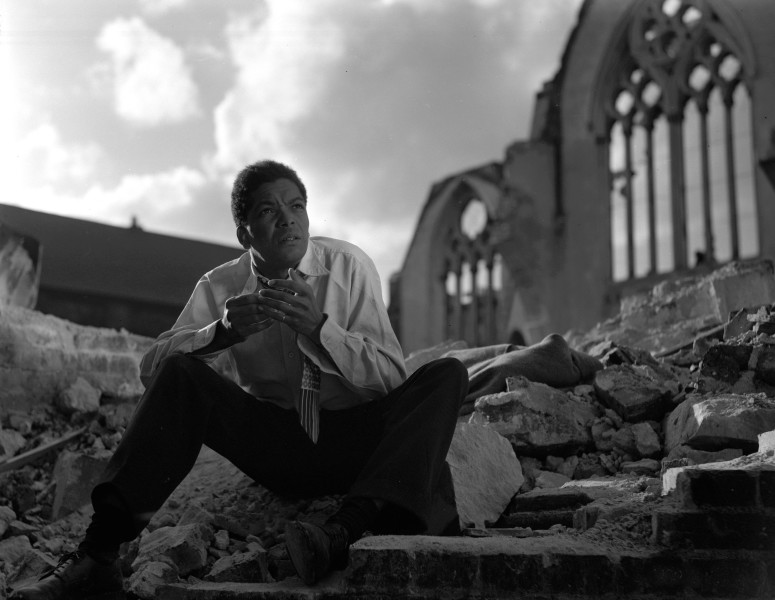 The TIFF Cinematheque retrospective Black Star continues through to December 22.

Back in 2015, when I was in the process of curating the inaugural edition of Black Star at the British Film Institute, I was faced with one obvious, vexing question: how to approach the story of Black British film stardom, when there has been arguably no such thing in the landscape of British cinema? Growing up, my Black British stars were almost exclusively limited to the world of television: the predominantly Afro-Caribbean cast of the pioneering, Peckham-set barbershop comedy Desmond’s; the dynamic duo of Lister (Craig Charles) and Cat (Danny John-Jules) in the quirky sci-fi series Red Dwarf; and the ubiquitous comic stylings of Lenny Henry, whose first Hollywood sojourn, the ill-fated 1991 comedy True Identity, proved to be his last.

There has never been a shortage of Black acting talent in Britain, but the industrial conditions for Black film stardom to thrive — in particular, the guarantee of roles of consistent quality and prominence — have simply not been present. Consider the galling example of Marianne Jean-Baptiste, who became the first Black British woman to be nominated for an Oscar for her role in Mike Leigh’s Secrets and Lies, only to be offered no roles whatsoever the following year. “It is a shame on Britain,” she told The Guardian in 1997; “I see myself as British and I want to be celebrated by Britain.” One only need glance at a list of the most high-profile and highest-grossing British films of recent years — the Harry Potter films, Mamma Mia, The King’s Speech, and Bridget Jones’ Diary, to name a few — to see that leading roles for Black British actors have not been a priority for the industry.

However, Black British stardom is not a complete vacuum. One outlier is the indefatigable industry outsider Noel Clarke (Kidulthood, Adulthood), who was recently identified by a BFI research report as the “most prolific” Black actor in UK film, with eight leading roles on his resume (three in films which he directed himself). However, the same report confirmed that 59% of UK films made in the last ten years have featured no Black actors in lead or named roles, while only 15 Black actors (five of whom are women) have played two or more lead roles in UK films since 2006. As for the types of roles Black Brits have traditionally played… well, a more fulsome banquet of criminals, victims, domestic help, nurses, and comic relief you’d be unlikely to chance upon.

The most compelling narrative around contemporary Black British stardom is how the country’s pool of Black talent has inadvertently created a vigorous export cottage industry. Take a look at the following list, and you’ll see a pattern quickly emerging: Idris Elba, Chiwetel Ejiofor, Sophie Okonedo, Gugu Mbatha-Raw, John Boyega, David Oyelowo, Daniel Kaluuya, the aforementioned Marianne Jean-Baptiste. All of these British actors, through some combination of ambition, frustration and pragmatism, have had to head Stateside to find work — and a level of prominence — befitting their eminent talents. To some, this comes with a cost: speaking at the Black Star symposium in London in October 2016, Oyelowo — who began a fruitful partnership with American filmmaker Ava DuVernay in Black Star’s closing film Middle of Nowhere — broke down in tears when speaking about his exodus to Hollywood. 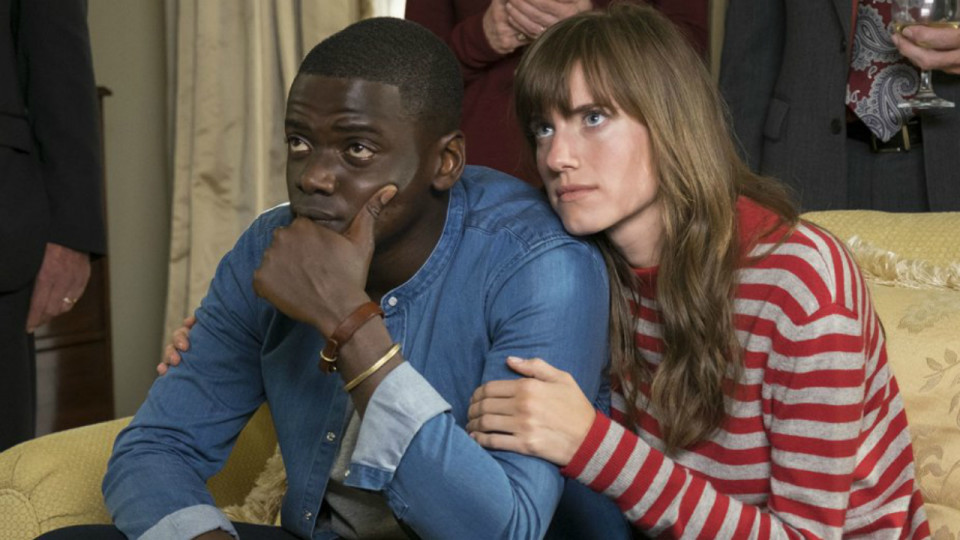 Daniel Kaluuya and Allison Williams in Jordan Peele's Get Out

The year’s most significant film performance by a Black British actor came from Daniel Kaluuya — for so long a welcome yet chronically underused presence on British television — playing an American in Jordan Peele’s phenomenally successful Get Out. Yet while Kaluuya has been widely praised for his role, he was on the wrong end of some sharp criticism from Samuel L. Jackson, who provoked a storm of controversy by questioning both Kaluuya’s suitability for the role as a Brit and the trend of Black British actors working in America.

Jackson’s comments were not only harsh, but painfully ahistorical. Sidestepping for a moment his failure to consider the lack of opportunities for Black British actors in their own country, Jackson’s comments displayed an ignorance of his own country’s past, which saw many Black American actors seeking work in Britain. The great Paul Robeson fled Jim Crow America to appear in British productions, including Song of Freedom and The Proud Valley, which afforded him the opportunity to play complex and dignified leading roles that were unavailable to his Black British contemporaries due to Robeson’s (comparative) star status from his American films. Subsequently, contemporary African American actors like Denzel Washington (in For Queen and Country) and Forest Whitaker (in The Crying Game) have wrapped their lips around some fairly tortuous Cockney accents in roles that were denied to native Brits, who were not considered sufficient “names” for the international market. 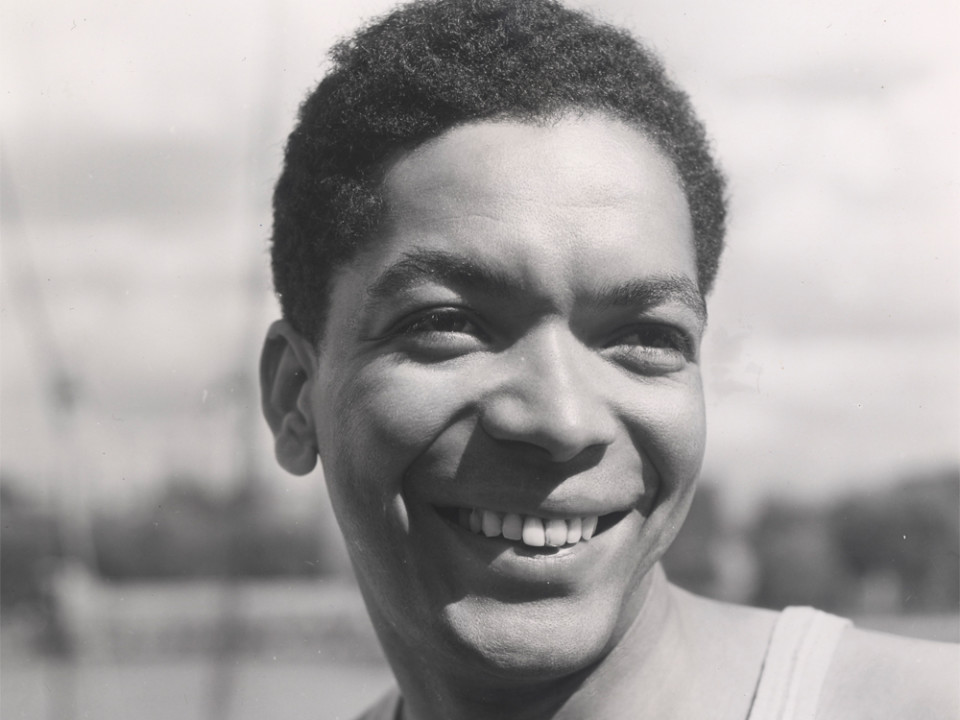 Earl Cameron in Pool of London

In all this knotty history, there is one name that gets frequently overlooked in discussions of Black British stardom: Earl Cameron, who arrived in the UK from his native Bermuda in October 1939, at the tender age of 22. After some years spent treading the boards (including a stint touring in the tantalizingly awful-sounding play 13 Death Street, Harlem), Cameron plugged away in auditions and finally made his film breakthrough in Basil Dearden’s atmospheric 1951 thriller Pool of London, in which he plays a merchant seaman who falls for a white girl.

Pool of London was one of the first British films to deal with the subject of interracial romance, and it proved an early, perhaps unassailable career high for Cameron. “I would still say it’s the best part I’ve had in films,” Cameron told historians Stephen Bourne and Richard Dacre in 1997. “The amount of fan mail I received was amazing. People felt sorry for me. They thought I really was that lonely Jamaican guy wandering around London looking for friends!”

Cameron would go on to appear in a slew of liberal-minded social dramas: Simba (1955), as an ethical doctor; The Heart Within (1957), as a West Indian dock worker accused of murder; and two films made shortly after of the racially-motivated conflagrations in West London’s Notting Hill district in 1958, Dearden’s taut thriller Sapphire (1959) and Roy Ward Baker’s kitchen-sink drama Flame in the Streets (1961). Cameron gives one of the most striking performances in the latter film, but tellingly, his name was nowhere to be seen on the film’s theatrical posters. 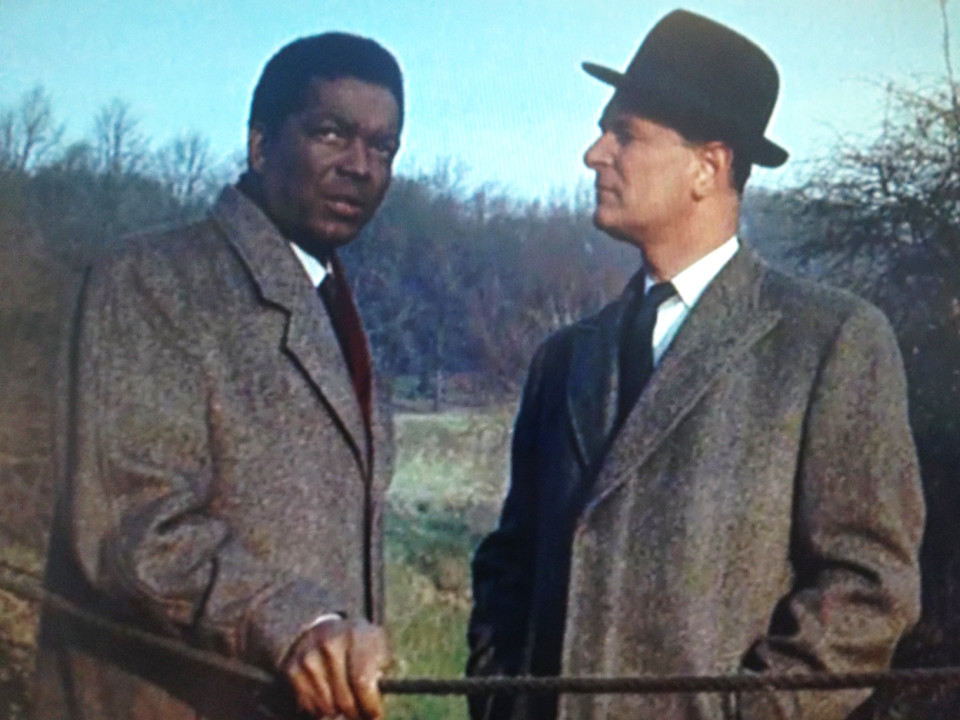 Here’s the thing: despite Cameron’s good looks, charm and evident talent, he was never, ever marketed by the British film industry as a star. And he was keenly aware of it, too. In an interview with The Guardian this year (Cameron is still going strong at 100 years old!), he spoke of how studios balked at the idea of letting him carry a film on his own: “No doubt about it. Unless it was specified that this was a part for a Black actor, they would never consider a Black actor for the part. And they would never consider changing a white part to a Black part. So that was my problem. I got mostly small parts, and that was extremely frustrating — not just for me, but for other Black actors. We had a very hard time getting worthwhile roles.” Plus ça change...

Cameron kept working, and it is a testament to his remarkable tenacity and staying power that we can find him in the credits of such blockbusters as Christopher Nolan’s Inception (he played “Elderly Bald Man”). But to watch a young Cameron in Pool of London and Flame in the Streets is to see an actor who possesses a dramatic force comparable to Cameron’s friend, fellow Caribbean, and co-star (in the 1973 film A Warm December) Sidney Poitier: a handsome, composed, and commanding screen presence possessed of palpable intensity, dignity, and intelligence. It is also to imagine a poignant alternative history — one where that brilliance was fully recognized, amplified, and celebrated.