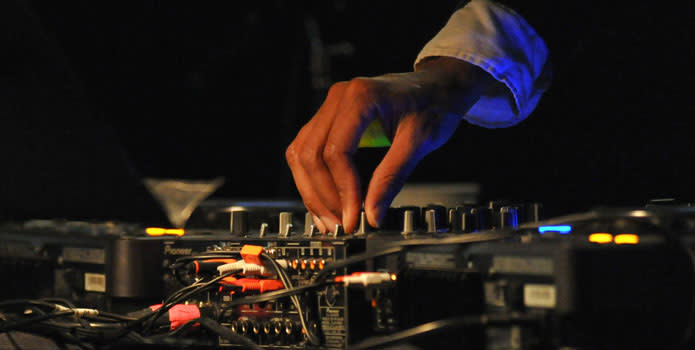 DJ Spooky on Rebirth of a Nation

Multimedia artist DJ Spooky examined his 2008 film Rebirth of a Nation, a retelling and rescoring of D.W. Griffith's The Birth of a Nation (1915), to emphasize the importance of sampling and remix in contemporary popular culture

In this Higher Learning event, DJ Spooky, also known as "That Subliminal Kid," joined post-secondary students and faculty to discuss his film Rebirth of a Nation (2008). A revision of D.W. Griffith's controversial film The Birth of a Nation, which was originally released in 1915, Rebirth of a Nation features an original DJ Spooky score that transforms the director's original intent. Having published two books on the subject of music and remix culture (Rhythm Science and Sound Unbound), DJ Spooky emphasized the importance of sampling and remix to contemporary popular culture. He also highlighted a number of his new music, book, and multimedia art projects including Terra Nova: Sinfonia Antarctica, a piece centered on the transformation of the frozen continent. Other topics included: the growing popularity of rescoring classic silent films by contemporary artists and blending various media forms to create new transformative art. A Q&A session with the Higher Learning audience followed the discussion. This Higher Learning event was held on November 17, 2010 at TIFF Bell Lightbox.