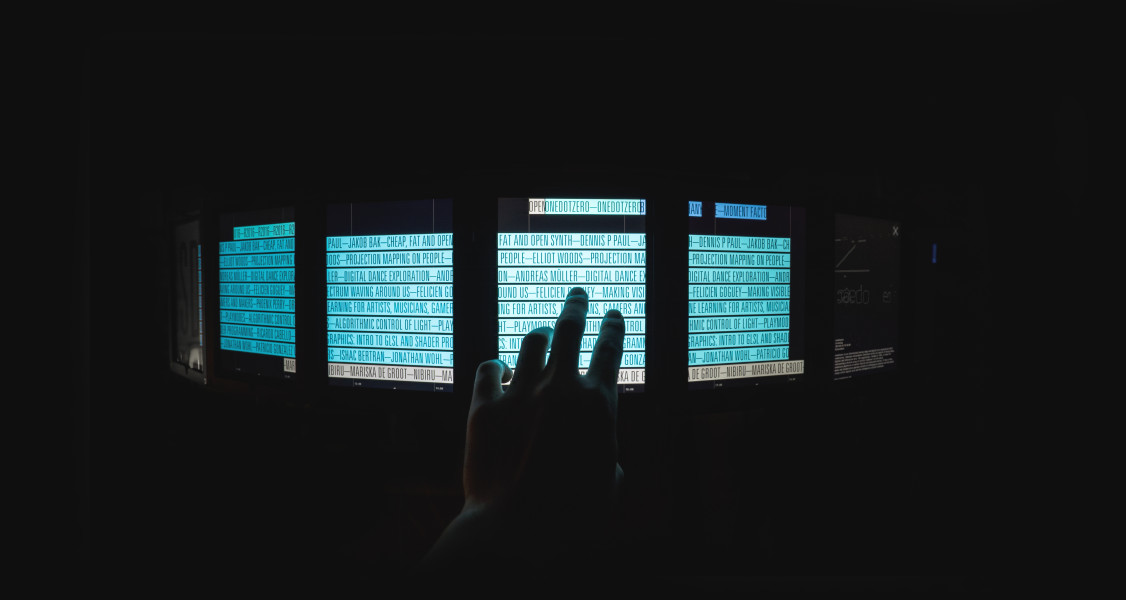 Imagine a world where users control a robotic arm that mimics human movement, interact with the solar system and space across a circle of 28 iPads, and paint with light while the environment around them begins to glow. This is the world of digiPlaySpace, where interactive art, design, and activities from acclaimed Canadian and international artists highlight the power of creative technology for kids and those young at heart. Opening just in time for Family Day, the sixth digiPlaySpace exhibition runs for an extended nine weeks at TIFF Bell Lightbox, from February 18 to April 23, 2017.

“When the winter months have everyone staying indoors, digiPlaySpace is an action-packed technology playground that keeps our bodies and minds active,” said Elizabeth Muskala, Director, Youth Learning and TIFF Kids. “Moving from one installation to the next, visitors will be able to play with and learn from a diverse array of new media experiences staged in a fun and entertaining environment.”

“digiPlaySpace will inspire and teach kids—and adults—about future technologies and unlock their creative potential,” added Matt NishLapidus, Co-Curator, digiPlaySpace. “Coding teaches logic and problem solving skills, and helps to succeed in an increasingly digital world. At digiPlaySpace, you’ll get hands-on experience with robots, programming, and basic electronics so you can start creating your own amazing inventions.”

The 2017 digiPlaySpace lineup includes 23 exhibits from eight countries. Internationally acclaimed and award-winning interactive studio Design I/O returns with the world premiere of Mimic, a robotic arm from Universal Robots that mimics the movement of those who interact with it, creating an ever-changing dialogue between human and machine. Mimic is commissioned by TIFF and was developed through an artist residency at the Frank-Ratchye STUDIO for Creative Inquiry at Carnegie Mellon University.

Johannes Kristmann and Alexander Pieper’s Canuu takes over the TIFF Bell Lightbox atrium wall, a videogame where any number of players collaborate to paddle a canoe around obstacles. Kids can learn coding and math with Osmo physical blocks and shapes that control playful digital characters, while Coding Characters with Little Robot Friends encourages the creative exploration of math and music, and inspires young minds to discover their inner inventor.

Additional highlights include the world premiere of Flight Painting, commissioned by TIFF from Amsterdam’s FROLIC Studio, where visitors can create beautiful 3D light paintings; the world premiere of M/O, an interactive sculpture of 28 iPads that allows viewers to touch and move comets, solar systems, planets, and moons in a mini universe, from Vancouver-based artistic research and creative development studio Logic&Form; the world premiere of Toronto-based artist and illustrator John Martz’s Animation Space Station, which captures images through the magic of stop-motion and allows kids and families to float in space, run from aliens, and more; the North American premiere of Virtual Growth, from Netherlands artist Lieven van Velthoven, where light grows to trace the environment, illuminating hidden edges and organically interacting with people and objects; hockey gets a very non-traditional treatment in HOKY, from Kitty Calis, Jan Willem Nijman, and Eirik Suhrke; and this year’s green screen adventure, Canada on (Green) Screen, invites audiences to travel across the country using HD footage from Parks Canada, in celebration of Canada 150.

After the run in Toronto, Flight Painting, HOKY and Virtual Growth will join the international digiPlaySpace exhibition tour, with its next stop at The DoSeum in San Antonio, Texas, from June 3 to September 4, 2017.

Inside the Mind of An Artists: A Visual Interview with digiPlaySpace Artists Tom Van Den Boogaart