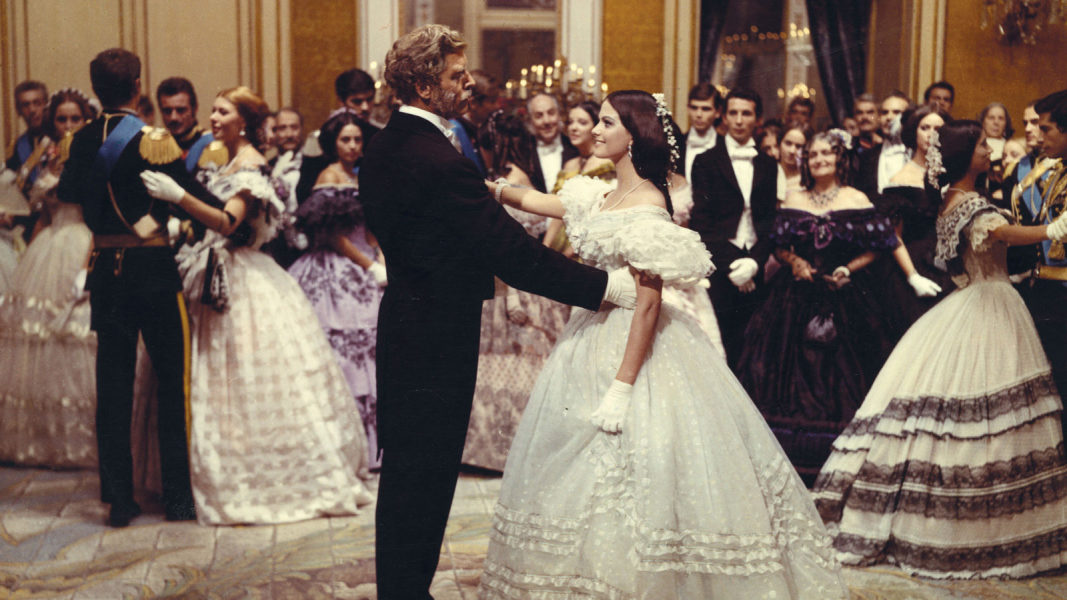 The life and art of Luchino Visconti — formally known as Count don Luchino Visconti di Modrone, the son of a flamboyant, bisexual, and neurotic duke and of the heiress to a pharmaceuticals empire — were characterized by contradictions, ambiguities and paradoxes. Where there is an ideological gap between the Marxism and the often conservative views of Visconti’s younger compatriot Pier Paolo Pasolini, there seems to be a chasm — bridgeable only by dialectics — between Visconti’s allegiance to the Communist Party and his lifelong fealty to his aristocratic lineage and pride in its patrician privilege, between his artistic modernism and his nostalgia for pre-Risorgimento culture. “Politically progressive,” Phillip Lopate writes, “celebrating in many of his greatest films the vitality of the working class, [Visconti] was also the supreme elegist of his own aristocratic world.... Caricatured as the ‘Red Count,’ accused of ‘voting Left and living Right’ because of his taste for caviar and gloved servants, Visconti was a defiant individualist, a handsome man of royal, seductive presence, a magnet for controversy.”

There are many other striking parallels between Visconti and Pasolini: central figures of postwar European culture, both were (if biographers are to be believed) guilt-ridden homosexuals with fixations on their mothers, and a taste for getting and giving humiliation. Both had multifarious careers: Pasolini’s poetry and essays, Visconti’s opera and theatre productions were as important as their films. Both were leftists and anti-clericals, revolutionary in their politics even as they were reactionary in their rejection of certain aspects of modern life: they shared an abhorrence of abortion, feminism, and divorce, which they regarded as both symptoms and causes of the collapse of the Italian family, and therefore of the disintegration of Italian society.

Nevertheless, despite all these similarities — and others, including their deployment of Anna Magnani in two of her most rip-roaring performances (in Visconti’s Bellissima and Pasolini’s Mamma Roma) and their worship of Maria Callas, for instance — the differences between Visconti and Pasolini are also marked. The contrast in the directors’ class orientations (the younger bourgeois, the elder aristocratic) perhaps accounts for their sexual proclivities — Pasolini’s attraction to rough trade and peasant boys with bad teeth, Visconti’s to American socialites (e.g., Woolworth heir Jimmy Donahue) and the ravishing, refined young males of the European beau monde — and the respective trajectories of their artistic development. 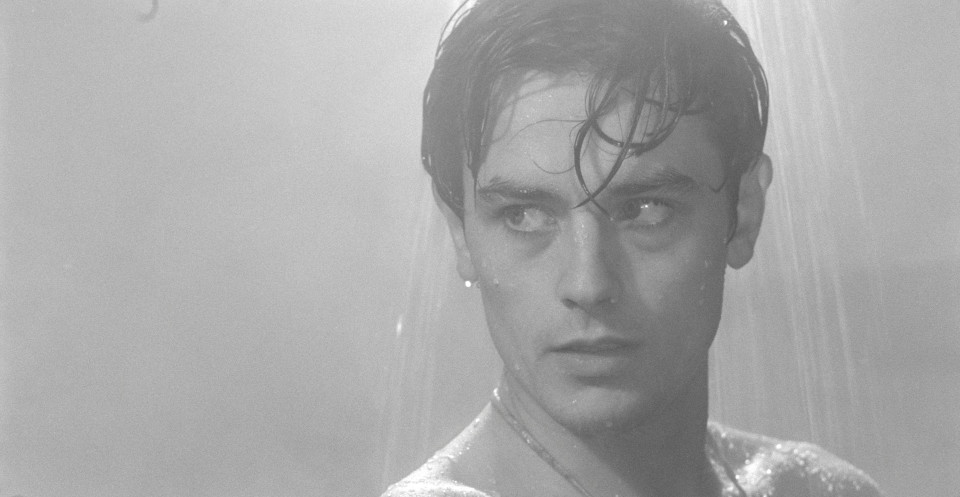 Alain Delon in Rocco and His Brothers

While both of their film careers were rooted in neorealism — which rejected the chic vacuity and artifice of Fascist cinema in favour of “authenticity” (e.g., location shooting, the use of non-professional or deglamourized actors, and stories that focused on the poor and disenfranchised) — they soon diverged from this tradition, each in his different way. Where Pasolini plunged into stylistic experimentation and a growing identification with what he called “defiled” cultures, Visconti turned towards Verdian melodrama, an extravagant, operatic style, and an emphasis on aristocratic characters. Where Pasolini adopted an increasingly Brechtian approach to performance in his films, Visconti — who, in his lovely essay “Anthropomorphic Cinema,” claimed that “among all my activities in the cinema, my favourite is working with actors” — helped craft a seemingly ceaseless succession of great performances throughout his oeuvre: Clara Calamai in Ossessione, Alida Valli in Senso, Magnani in Bellissima, the entire ensemble of Rocco and His Brothers, Burt Lancaster in The Leopard and Conversation Piece, Marcello Mastroianni in White Nights and The Stranger, Dirk Bogarde in Death in Venice. (Though Andrew Sarris claimed that Visconti was “the best director of actresses in the world,” the actors in his films — most obviously his muse and lover Helmut Berger — qualify as divas as much as the women.) The filmmakers’ last works — Pasolini’s scabrous Salò and Visconti’s plush memento mori The Innocent — starkly illustrate the degree of divergence between the two, Pasolini using the Fascist past to scorn a debased present, Visconti turning his back on the present altogether to find refuge in an idealized past. 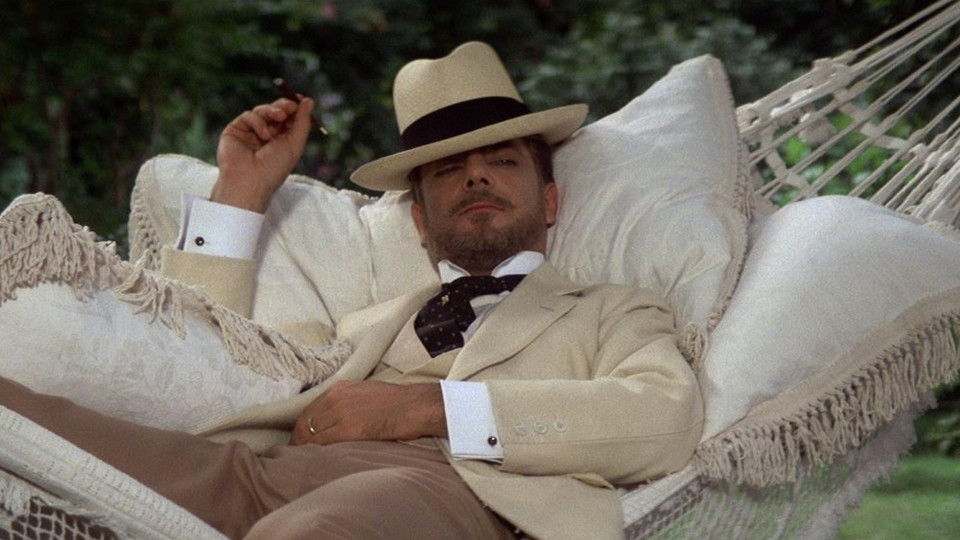 Giancarlo Giannini in The Innocent

Descended from a line of tyrants and feudal lords (whose family coat of arms depicted a serpent with an infant clutched in its maw), Visconti was “not a man of our time[:] He was a kind of Renaissance condottiere,” according to his close friend and screenwriter Suso Cecchi D’Amico. John Rosselli called Visconti “a rebel in white gloves…. Luchino had a castle surrounded by a mock-medieval model village whose inhabitants wore specially designed costumes. Communist sympathizer or not, Visconti to the end of his life (but for a brave, rough interval in the Resistance) had meals served on lace tablecloths by white-gloved servants in black and yellow livery.” (One could claim that Visconti rejected Fascism as much for its vulgarity as for its ideology.)

In his Visconti biography The Flames of Passion (as bad in most ways as its title), Laurence Schifano claims that “In many of his opinions, [Visconti] was more the middle-class moralist than the libertine aristocrat, a puritan whose values included those of the family and of a traditional patriarchal society”; tellingly, Visconti’s most obvious alter egos in his cinema are Helmut Berger’s mad king of Bavaria in Ludwig and Burt Lancaster’s proud Sicilian prince in The Leopard, both of whom incarnate a dying aristocratic order. (Lancaster famously modelled his performance in The Leopard on Visconti and repeated this approach in Conversation Piece, in which he plays a professor who also clings to a fast-disappearing past.) 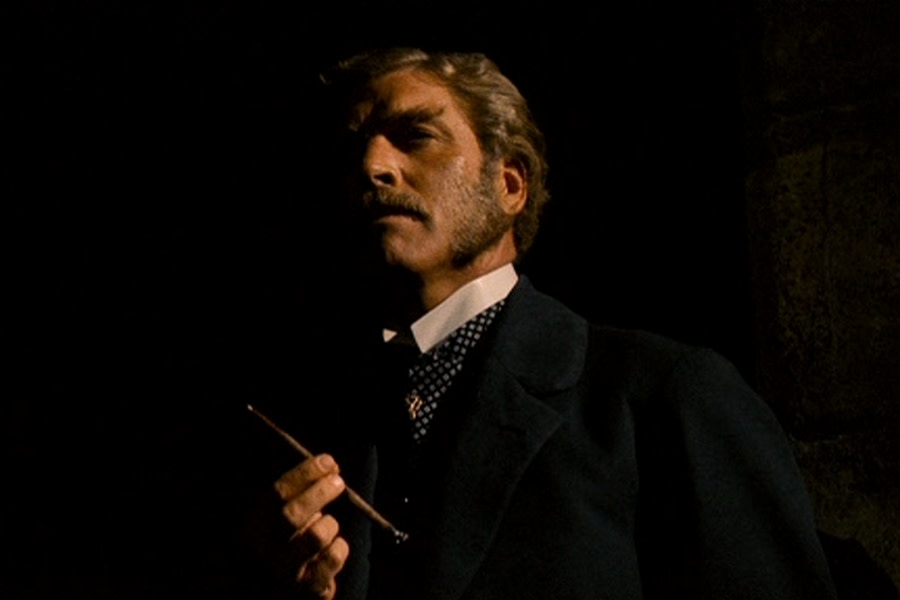 Burt Lancaster in The Leopard

History and Family are the twin, intertwined themes that govern Visconti’s cinema from first to last; indeed, several critics interpret the divide in Visconti’s career between his early masterpieces (La Terra Trema through Rocco and His Brothers) and his more problematic late films (e.g., Conversation Piece) as a separation between an objective cinema (History) and a subjective one (Family), in which he grapples with his “inner demons and family scars,” in the words of Phillip Lopate. Visconti’s obsessive focus on family has been interpreted as compensatory, given the conflict between his staunchly traditional view of the institution and his homosexuality; according to Schifano, the director was tormented by his inability to become father and patriarch, bastion and progenitor of the Visconti dynasty. In a 1991 lecture sponsored by TIFF Cinematheque (then Cinematheque Ontario), Geoffrey Nowell-Smith illustrated how this inability to sustain the family line manifested itself in Visconti’s films: there are few small children in Visconti’s cinema, he observed, and those who do not end up dead (e.g., The Innocent) have dull parents who simply do not register as characters. (Nowell-Smith perhaps overlooked Bellissima, which features a vibrant young child who survives to the end, and whose parent — Anna Magnani, as the mother of all stage mothers — “registers” so vividly that Rome seems imperilled.) 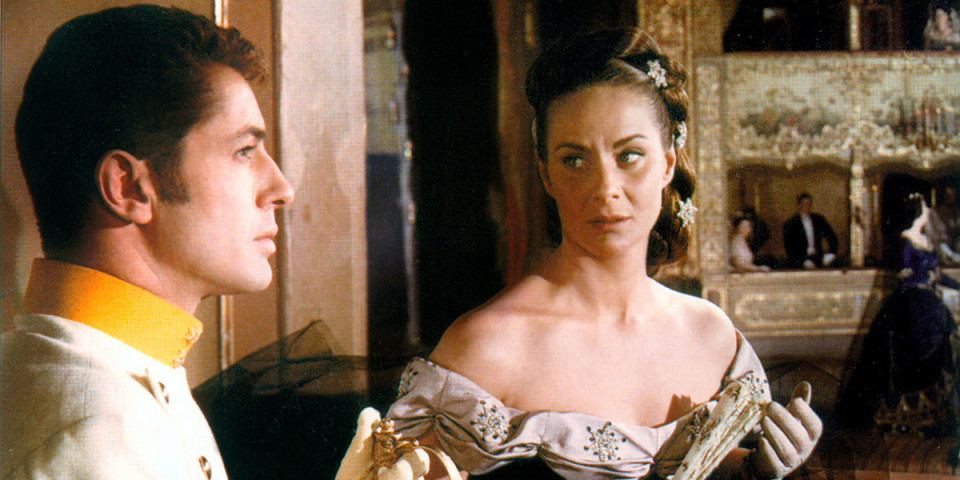 The other strand of Visconti’s thematic helix, History, has proven more problematic to critics — especially Italian critics, who have long debated the issues of the director’s conflicted politics, his “decadentism,” his seemingly contradictory dedication to historical materialism and to operatic aestheticism. The debate began with the opulent Senso, which some critics saw as a betrayal of Visconti’s neorealist heritage. How to square the mannerist poet of cultural decline and mortality — the aristocratic aesthete who worshipped D’Annunzio, consorted with Proust, Chanel, and Cocteau, and emphasized the Romantic agony of artistic creation and nostalgia for pre-modern times — with the committed leftist who, having previously apprenticed to Jean Renoir and served as a partisan in WWII, dedicated himself to a documentary about the war of liberation against the Germans (Days of Glory) and then a diptych addressing urgent economic and social issues facing a rapidly changing postwar Italy (La Terra Trema and Rocco and His Brothers)?

The dispute continues still, with scholars such as Guido Aristarco and Giorgio Bertellini arguing about the excess of Visconti’s art, whether there is indeed the sharp divide in his career that others have discerned and, if so, where that cleavage occurs. These issues can seem immaterial, though, when the emotional and visual riptide of Visconti’s cinema carries all before it. A traversal of Visconti’s oeuvre is a wade in glory, an experience whose richness will not soon be equalled or forgotten.

Rocco and His Brothers

All-American Sex and Murder: *The Postman Always Rings Twice* Around the World

The Mask of Monica Vitti