Cuban Women Filmmakers in the Diaspora 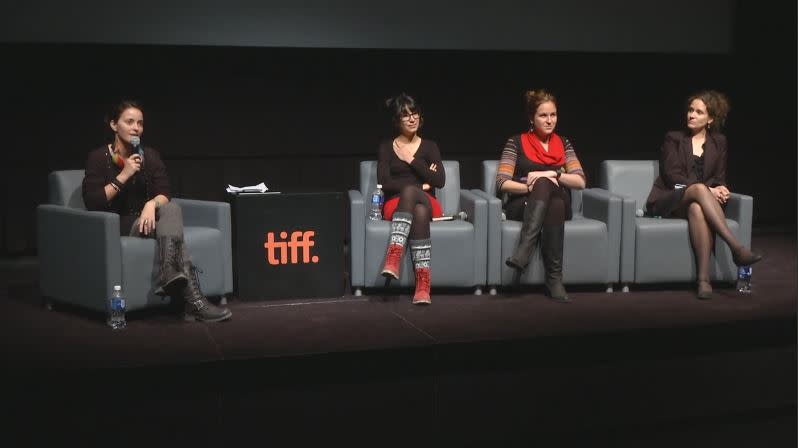 Cuban Women Filmmakers in the Diaspora

This panel discussion brought together three Cuban women filmmakers to address issues of belonging and citizenship in diasporic cinema.

Following the screening of short films directed by each panelist, the discussion explored the processes behind the work of three Cuban women filmmakers as they navigate their experiences as immigrants while trying to maintain a sense of collective Cuban identity.

The filmmakers discussed the role that immigration, relocation, and displacement have played in influencing their work, and focused on the natural hybridity between fiction and documentary that occurs as a result of a deep desire to express their experiences through film. Other topics included: the challenges of filmmaking in a host society; their production’s cultural ties — or lack thereof — to their homeland; and the issues that racialized women filmmakers face today.

In collaboration with Zarza’s Roots and Routes: Cuban Diasporic Cinemas of the 21st Century project, this Higher Learning event was held on April 2, 2015 at TIFF Bell Lightbox.