Filmmaker Daniel Cockburn, whose short film The Argument plays TIFF '17, explains why the mistakes in movies are his favourite part 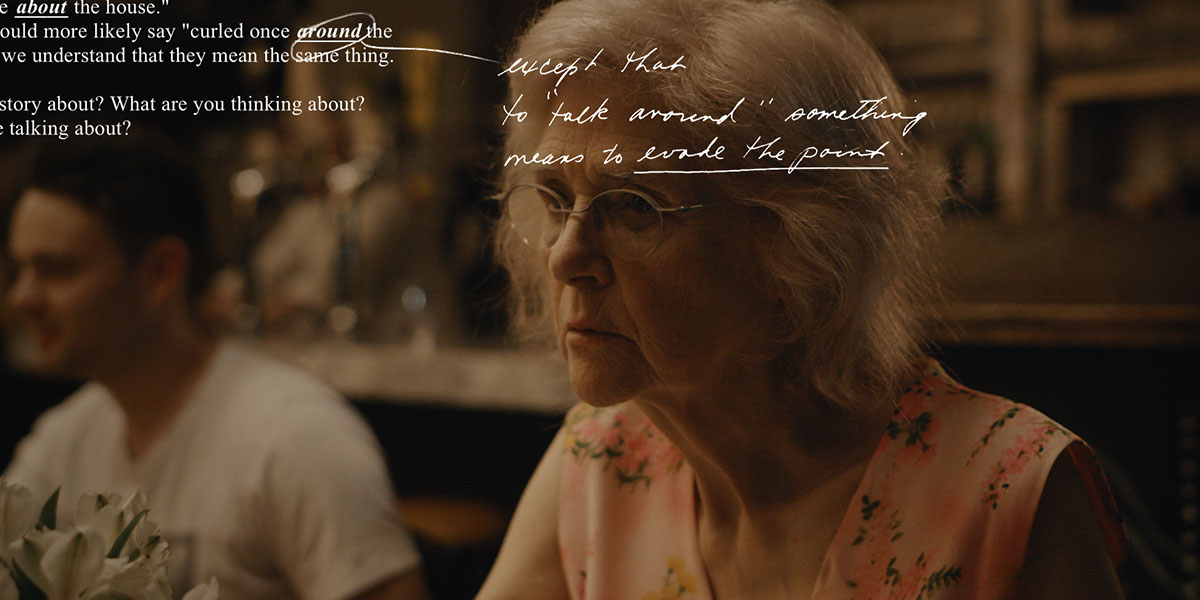 Parts of the following text are derived from filmmaker Daniel Cockburn's 2009 lecture-performance All The Mistakes I've Made, which he performed at TIFF in 2016. You can catch the Canadian filmmaker's latest short film *The Argument (With Annotations)* at TIFF '17 in the Short Cuts programme.

I don't know about you, but I've always been afraid of getting things wrong. I remember being seven years old, standing onstage at my school's spelling bee, speeding so arrogantly through my first word that I stumbled over the letters and was immediately eliminated. And it was a stupid-easy word; the shame is still so thick that even now I refuse to tell you what it was; I'll just tell you that it had between two and four letters. You know those documentaries [about adorable kids](https://en.wikipedia.org/wiki/Spellbound_(2002_film) who make it to the high-stakes finals? Turns out I was one of the kids who's gone from the movie after the first scene. I wasn't supposed to be an extra! Making mistakes is bad. Lesson learned.

It would seem the same lesson was learned by the folks who contribute to the "goofs" section of IMDb pages. You've seen this kind of thing. 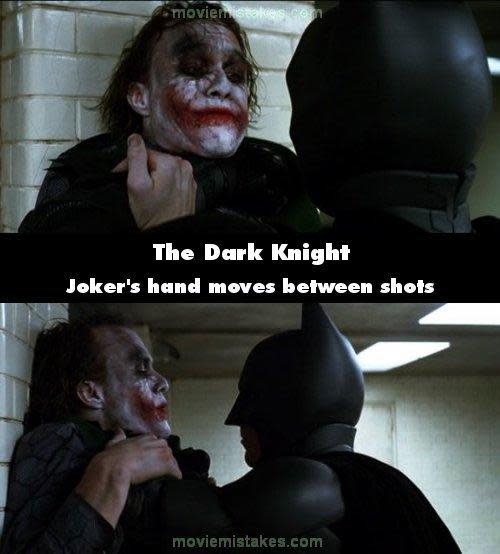 The Joker's hand is in the wrong position.

We never would have noticed, if you hadn't pointed it out to us. IMDB users of the world: does it make you feel good to find mistakes in a world's construction?

It's the same mentality that complains about geography in films. "That building isn't actually around the corner from that other building." No, you're correct, it isn't. But guess what? This film doesn't take place in your world. It takes place in its own unique universe, one that's been stitched together from pieces of ours. Film is joinery. That's what it is, what it does. So there's no point in getting indignant or superior when the joins aren't in line with what you think they ought to be. Half the houses you see in films are different from their actual layout; spaces are subtracted, three houses are edited together to seem like one. The only reason you're not adding these fictional places to the "goof" pile is because you've never been to that house.

Or what about this?

I point this out not because I think it's a "mistake." The filmmakers chose to join together two shots with a slight lighting discrepancy because they could, and because they trusted the audience. They believed that viewers would believe in the story strongly enough to get over a minor bump in the road.

If After Hours had been made today, that slight lighting discrepancy would probably have been smoothed over digitally. And not just because it's possible, but because filmmakers today know that their films will be open to re-screening, frame-by-frame scanning and IMDB profiling. Never mind the idea of a film as something that you watch start-to-finish in real time, a thing that you live in tandem with, a thing whose every moment doesn't need to be "corrected", because its makers have made calibrated decisions about what can be lost and gained by leaving in a given "mistake."

I'm not going to quote Leonard Cohen right now, but I swear I'm this close.

This is a clip from a video I made in 2004 called Continuity. It's not actually a card trick; I was just genuinely playing that game of solitaire. I did several takes of this scene and was very pleased with this one. I liked how the Ace came up twice. It was not intentional. As I say, I'm no magician. That's just what happened. So in a sense, this went far better than I, the filmmaker, expected.

But there's something else about this scene which I think is a problem. 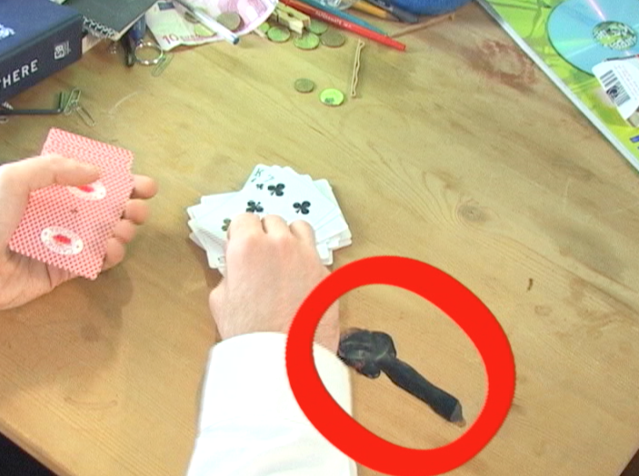 What the hell is that? It's a big, blotchy dripping of candle wax. And I knew that it was there. And I thought, "Hmm, well that's distracting. Maybe I should turn the table around and find a different composition to minimize this visual distraction." But then I thought, "No, this is here, it has a right to be here, it's part of the world of my room, and my movie is taking place in my room, therefore it should stay." Now, in hindsight, I realize that underneath this decision was another thought pattern. One that said: “Wow, what an artist I am, to be willing to forgo proper composition, be willing to risk imperfection in the name of some artistic creation that might have an unconscious greater than my own."

But if I had paused to really give thought to my thoughts there, I would have realized that the subtext of that subtext was: "I am tired, I am lazy and I have 10 more scenes to do in this room before I can eat dinner. I can't be bothered to turn this table around."

The impulse to remain open to accidents and mistakes must be watched carefully. It is possible for one to pride oneself on openness to life's accidents, but the openness must precede the pride. There is a fine line between artistic openness and laziness.

On a more hopeful note, here's a clip from the brilliant Frownland, a 2007 American film by Ronald Bronstein. Something happens The character of Keith says, "I understand if you want to punch me." And his roommate says, "I don't want to punch you in the face."

Obviously this scene is composed of two close-ups, shot separately, with a fair amount of improvisation. They're edited together with the aim of creating a unity of time and space. But because the two pieces of dialogue don't match, we see that they are taken from two separate, improvised takes, and a crevice opens up in the fictional time and space. We see the cracks where the movie is stitched together, its artificiality comes to the fore and now we have a mistake, a candidate for the goof-trawlers’ list of goofs.

But the result of Bronstein's choice to use those two takes together, to accept this mismatch of dialogue and give it a place in his film, is that it plays like a Freudian slip. The roommate says "I don't want to punch you in the face” — which makes it obvious that he was already thinking about punching Keith in the face. In this moment of revelation, the film’s techniques of editing and performance come apart and a little crack comes between them, but that crack allows the movie's unconscious to shine through. And this comes about because of Ronald Bronstein's willingness to exert his authorial control by giving up his editorial control. In this moment, he chooses to highlight an error and give it room to breathe, to live.

I told my therapist about my spelling bee shame. He asked me: “What did you see when you recalled that moment?” I told him that — weirdly — I didn't see it from my point of view. Instead, I see it from the back of the auditorium, from behind the audience. Young me is just a faraway little figure on the stage. He pointed out that in the moment of peak shame, the moment of my mistake, I had dissociated. Flown out of my body.

Another way of saying it is that I turned that moment I lived into a movie I was watching. 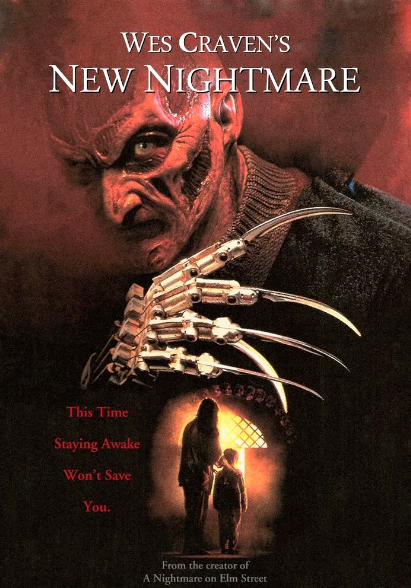 But that's another story.