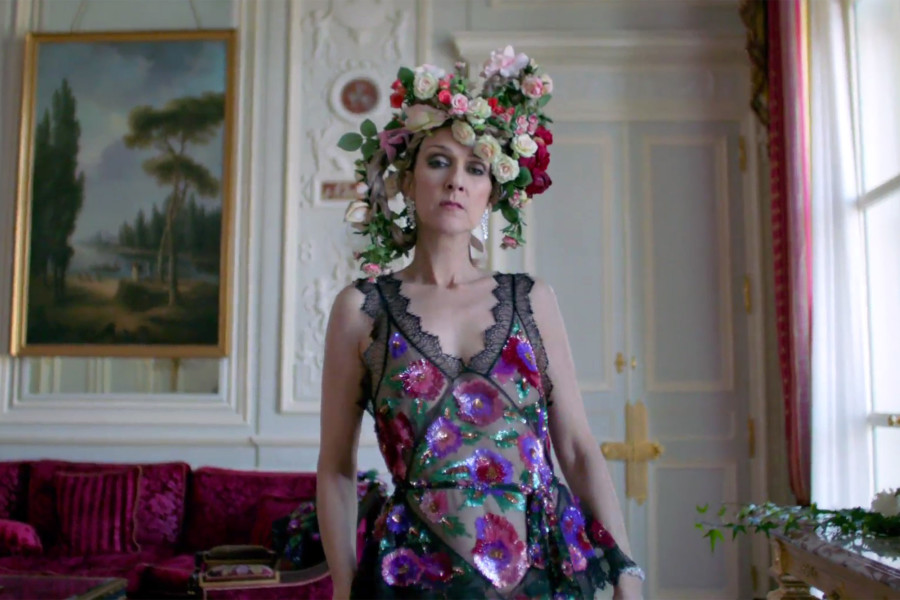 From Blade Runner 2049 to the continued brilliance of Margaret Atwood, 2017 was the year of Canadians killing it on the world stage. Here’s a list of the talented filmmakers, comedians, actors, icons, animators, and activists who did our country proud on venues both big and small from the Cannes Palais to your Instagram feed. 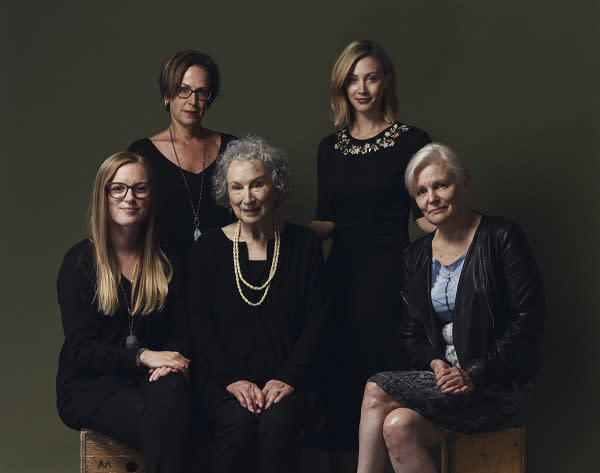 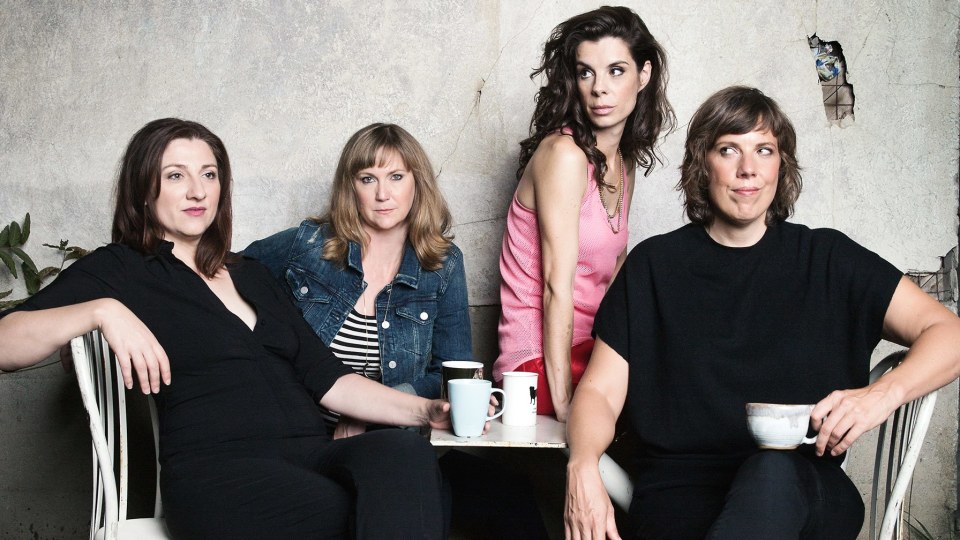 In addition to Atwood receiving shoutouts from everyone from Handmaid’s Tale–star Elisabeth Moss to the Hollywood Foreign Press Association to Drake who says he’d like to option her material, 2017 saw the release of the CBC/Netflix miniseries Alias Grace. Sarah Polley’s striking adaptation of Atwood’s 1996 work of historical fiction about the life of alleged murderer Grace Marks — which was directed by Mary Harron, stars Sarah Gadon, and made its world premiere at TIFF, where its first two episodes screened as part of the Primetime programme — is a unheralded demonstration of the power of female subjectivity, both in its cinematic construction and the story it tells. Beautifully complex in its screenwriting, cinematography, direction, and acting, the incredible women at the centre are female filmmakers at the top of their game.

Meanwhile, the ladies of Baroness von Sketch Show celebrated some well-deserved US success as their CBC sketch comedy series was picked up by IFC and praised in an illuminating profile by The New York Times. Their next season will see comedians like Reggie Watts, Janeane Garofalo, and Orange is the New Black’s Lea DeLaria try to keep up with the whip-smart Baronesses as they tackle everything from how big a blanket scarf should be to the right way to leave a party without saying goodbye. 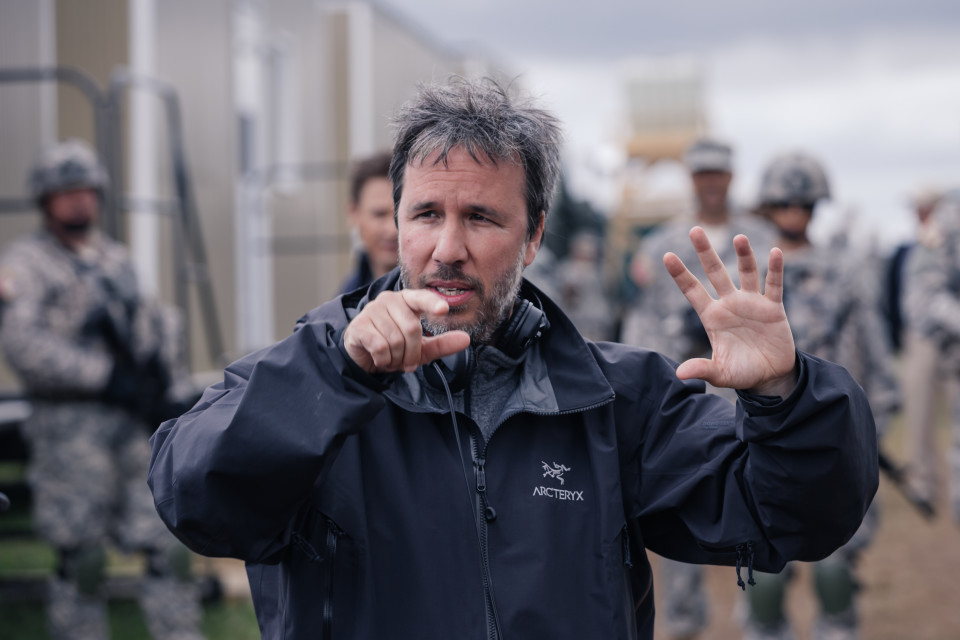 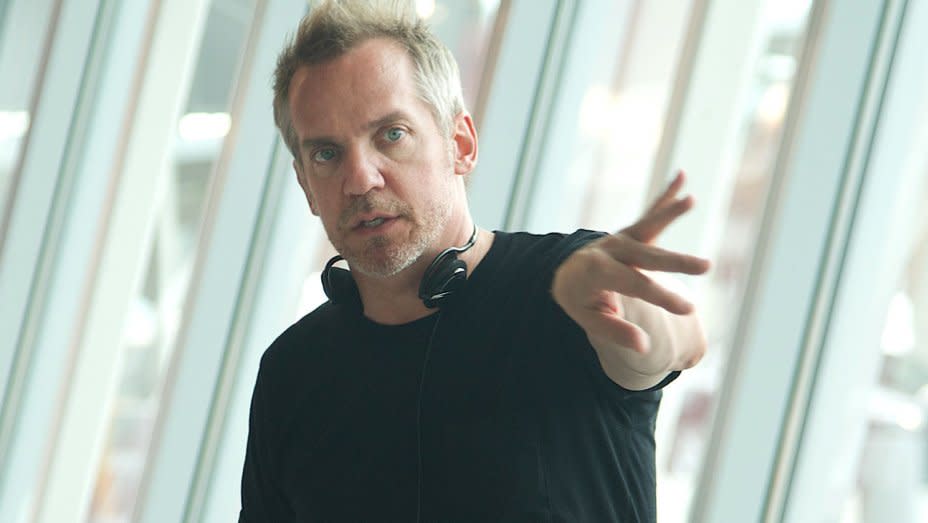 These two Québécois auteurs put their stamp on Hollywood in a big way this year. Here’s hoping the highly celebrated critical and commercial success of Villeneuve’s Blade Runner 2049 and Vallée’s HBO series Big Little Lies clears the way for more Canadian filmmakers to step onto the international stage. 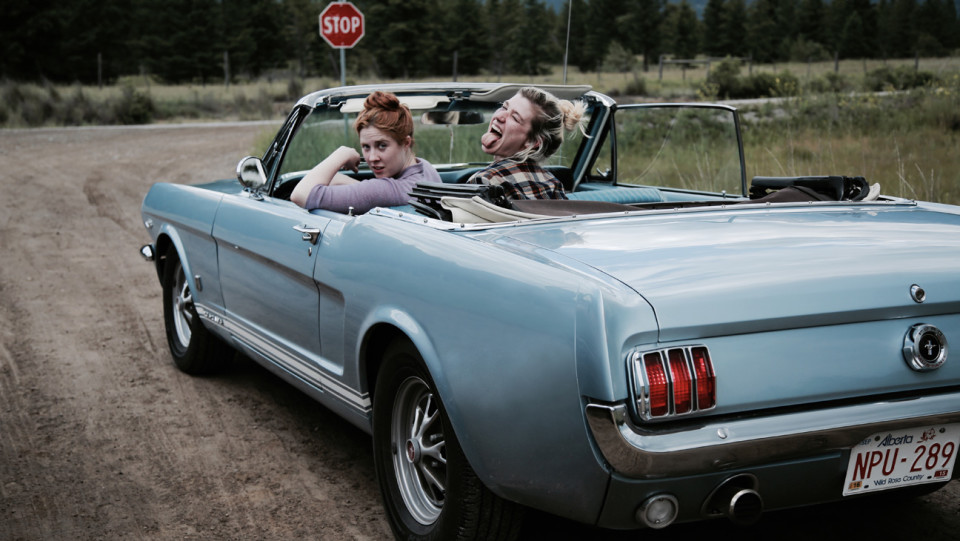 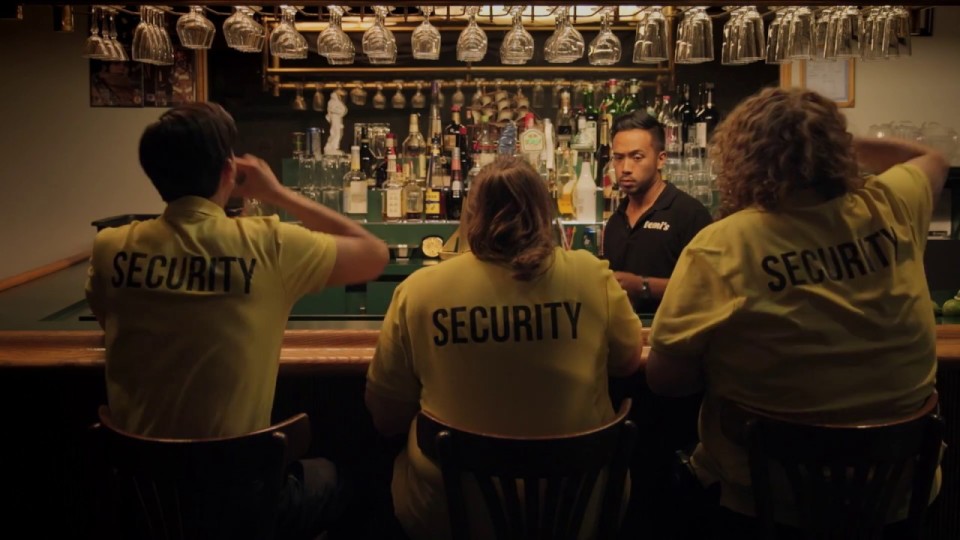 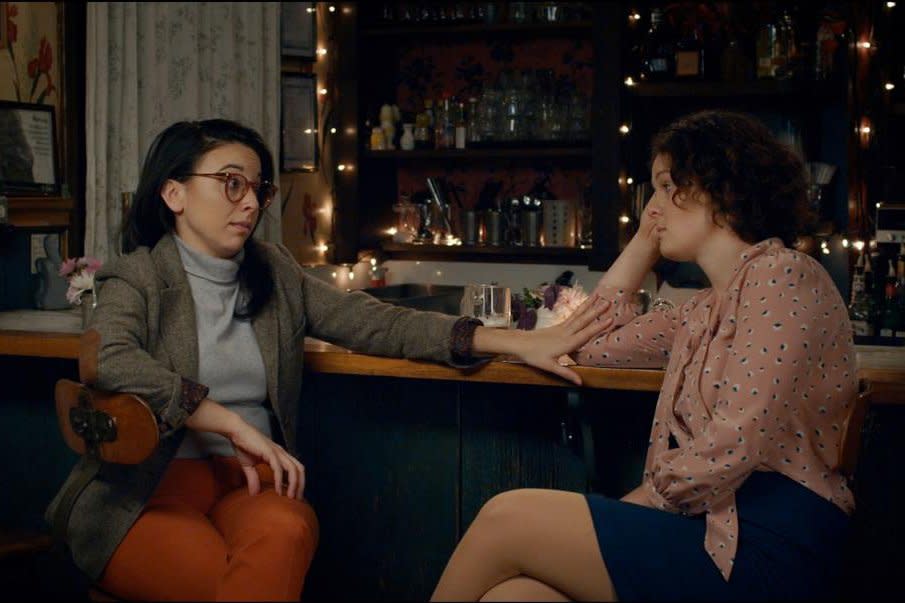 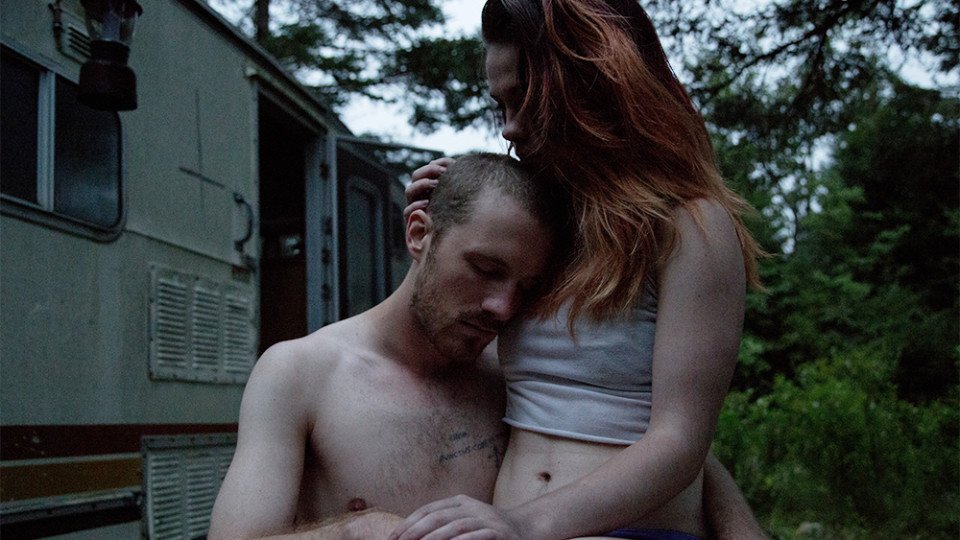 3. The Indie Upstarts: Suck it Up, Wexford Plaza, Dim the Fluorescents, and Werewolf

Three fantastic Canadian features dominated Slamdance in Park City, Utah this year. Jordan Canning’s Suck It Up was a female-fronted meditation on grief with two compelling performances from leads Erin Carter and TIFF Rising Stars alum Grace Glowicki. Joyce Wong’s Wexford Plaza (now nominated for Best Canadian Film by the Toronto Film Critics Association) unpacks two sides of a sexting mishap from both the man and woman’s points of view. (For fans of The New Yorker’s short story “Cat Person,” which went viral last weekend, this film understands the interiority of an obsessive crush.) Not to be upstaged, Daniel Warth’s Dim the Fluorescents — a deliriously stylized mashup of The Royal Tenenbaums and Opening Night — was awarded the Grand Jury Prize at the Festival, last won by a Canadian in 2013 by Matt Johnson with his debut feature, The Dirties. Meanwhile, Ashley McKenzie’s Werewolf (also a TFCA nominee for Best Canadian Film) was a hit on the festival art-house circuit, garnering a rave review from the Hollywood Reporter at its European premiere at the Berlinale. 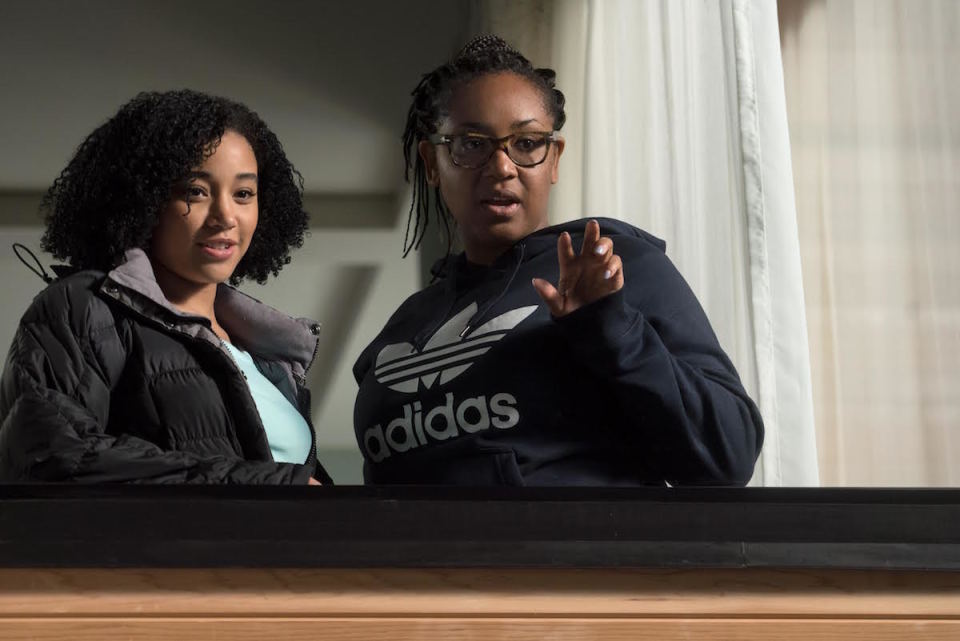 After her debut feature Jean of the Joneses played SXSW and TIFF ’16, Canadian director Stella Meghie followed up with the YA studio picture Everything Everything, starring Amandla Stenberg. The film grossed $60 million against its $10 million budget, an impressive feat considering Meghie was just one of 16 women to direct a studio film this year and the only Black woman to direct a wide-release film in 2017. You can hear the filmmaker — who is an ambassador for TIFF’s Share Her Journey program — on this episode of TIFF Long Take, discussing why she'd like to see more female filmmakers of colour embraced by the studio system 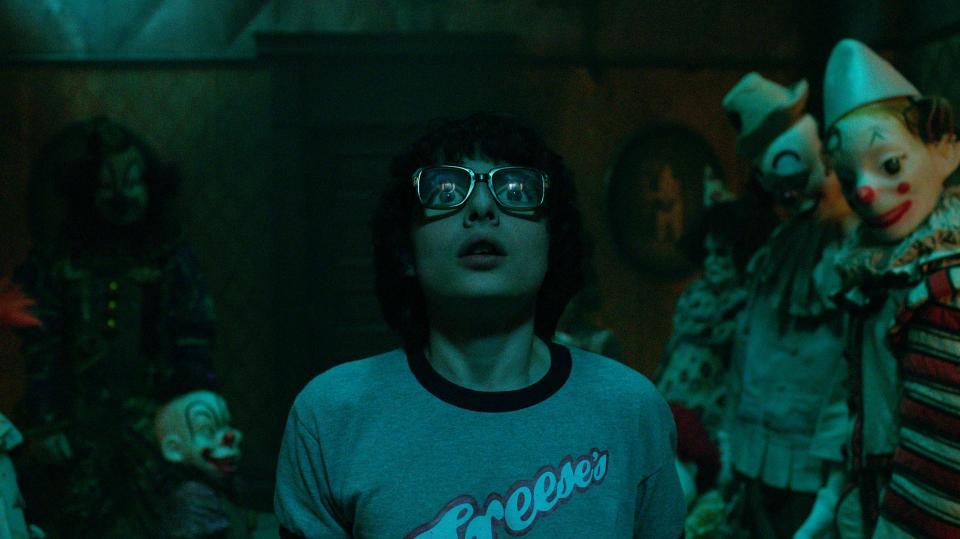 5. The Coolest Teen Ever: Finn Wolfhard

The Stranger Things star had a killer year. Not only did he continue to melt our hearts as Mike Wheeler, the mournful middle-schooler caught between the Upside Down and his impossible love for Eleven, but Wolfhard joined the Loser’s Club for the box office–breaking horror film It. On the indie-rock front, the actor was seen jamming onstage with Mac DeMarco and was signed to Royal Mountain Records (Alvvays, PUP, DeMarco) with his indie-rock outfit Calpurnia. He’ll next appear in Ken Marino’s Dog Days. 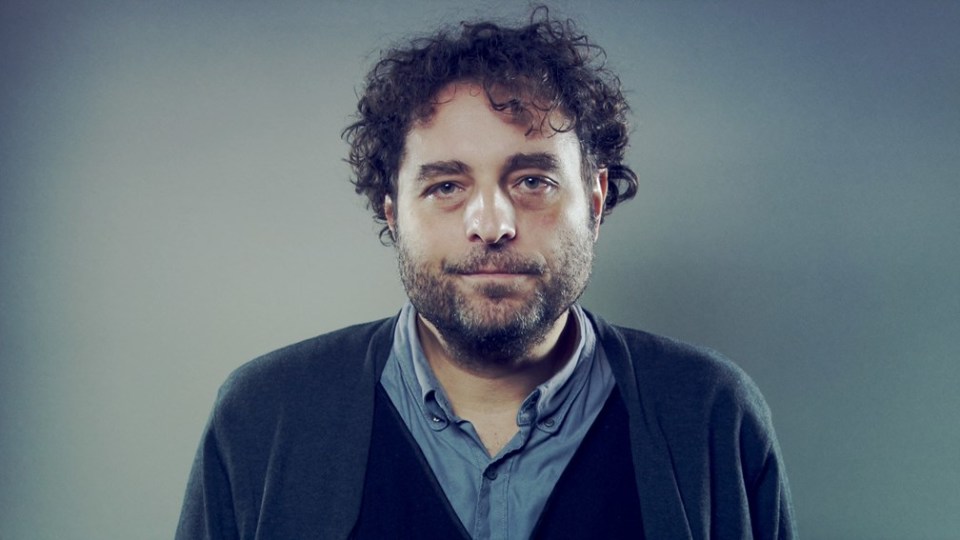 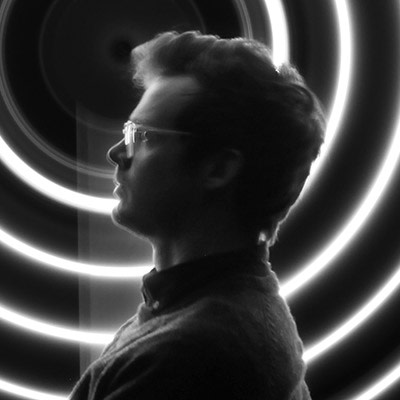 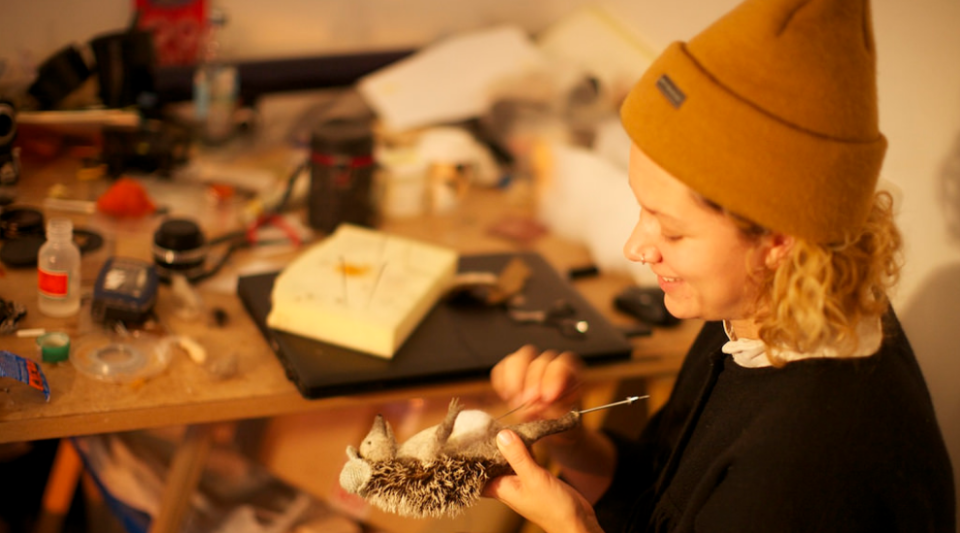 You know who else had a great year? Montreal-based animators funded by the National Film Board of Canada. Bulgarian multimedia artist Theodore Ushev’s animated short Blind Vasha won the Best Animated Short at the Canadian Screen Awards and was nominated for an Academy Award in 2017. Matthew Rankin’s beguiling The Tesla World Light (a selection in TIFF’s upcoming Canada’s Top Ten Film Festival) was the only Canadian short film to screen in competition at Cannes. Then there’s emerging short-form animator Eva Cvjanović, whose sumptuous stop-motion short Hedgehog’s Home has so far won over 25 international awards and honours (including a prestigious Annie Award) and screens at Sundance next month. Clearly, there’s something in the bagels. 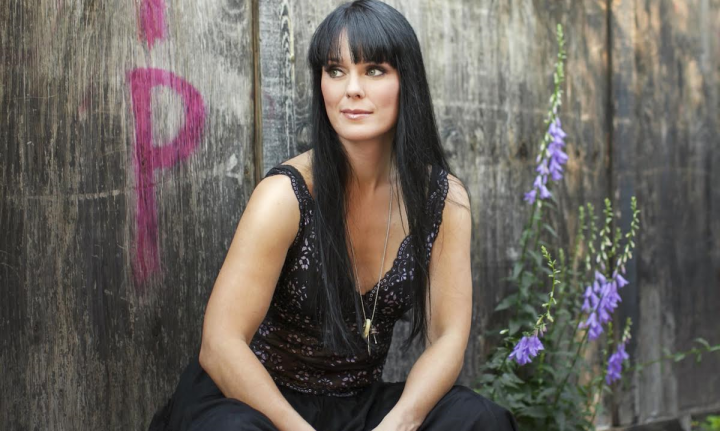 Indigenous filmmaker Michelle Latimer launched her VICELAND program RISE at Sundance in January. The gripping, immersive documentary series saw director Latimer at the frontlines of global Indigenous resistance, investigating the activist efforts at the Dakota Access pipeline at the Standing Rock Sioux Reservation and life at Canada’s largest urban reservation in downtown Winnipeg. In September at TIFF, Latimer debuted her new evocative short film Nuuca, drawing connections among Indigenous peoples’ connections to land, the brutal extraction industry, and violence against women, with poetic cinematography and carefully constructed voiceover narration. The film was executive produced by Citzenfour’s Laura Poitras and will next screen at Sundance. 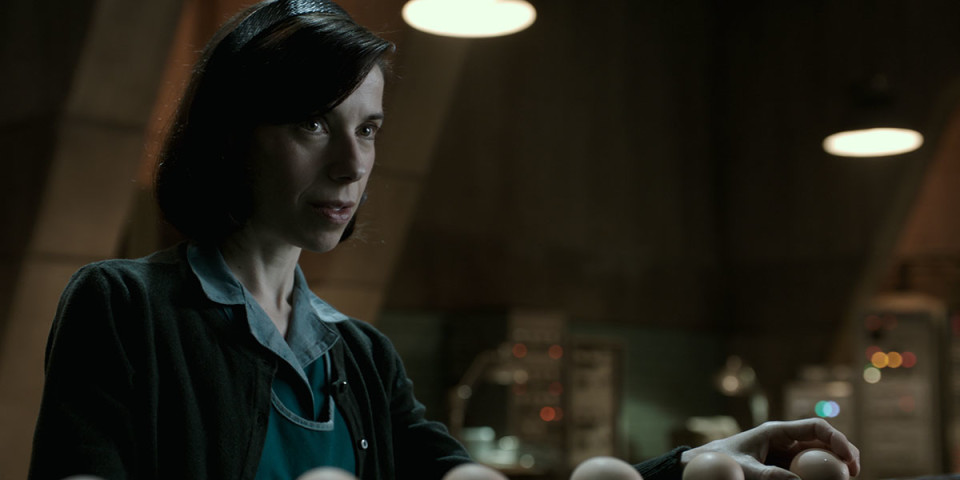 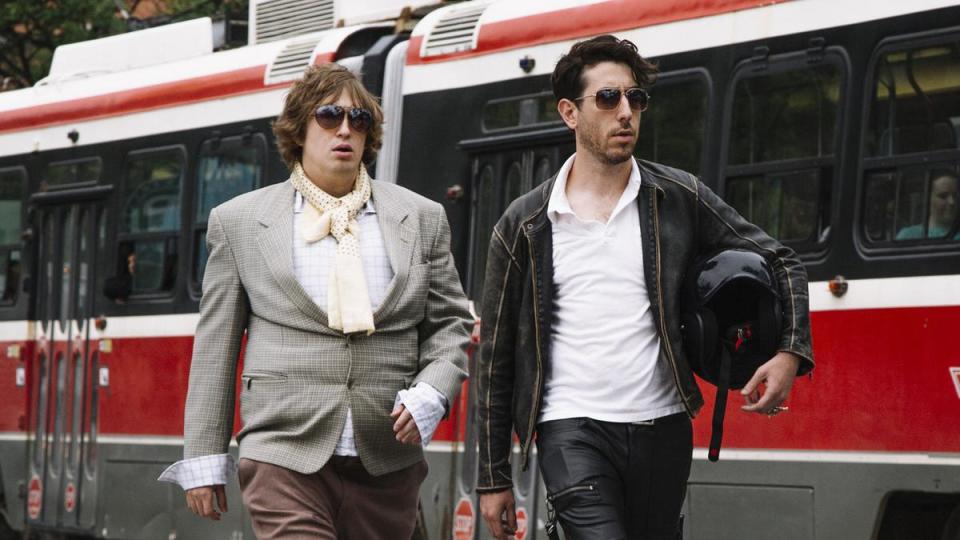 8. The City That Played Itself: Toronto, as seen in The Shape of Water and Nirvanna the Band the Show

The Six was ready for its close-up in 2017 — and two outstanding productions seized the moment brilliantly. Guillermo del Toro’s The Shape of Water (now playing in theatres following its world premiere at TIFF ’17), dressed us up as a 1960s Baltimore stuck in throes of a Cold War conspiracy. However, GDT’s use of landmark Toronto locations (including the Elgin Theatre and The Lakeview diner) transformed our city into the stuff pure Hollywood romance. He also brought Toronto into his creative process with the AGO show Guillermo del Toro: At Home with Monsters.

For something completely different: the VICELAND series Nirvanna the Band the Show played in our own backyard as Season 1 saw the show’s clueless, desperate musicians Matt (Johnson, showrunner and creator) and Jay (McCarrol, also of the band Brave Shores) engaged in fantastic schemes and set pieces at the Santa Claus Parade, Mandarin Restaurant (the wonderful Dinner with Andre–esque episode “The Buffet”), and even a Dog Day Afternoon–style police standoff at a bank in Little Portugal. Season 2, now airing on VICELAND and CityTV, includes high-wire homages to Toni Erdmann, Hackers, and The Simpsons’ “Treehouse of Horror” anthology episodes, all captured guerrilla-style in the side streets and alleyways we call home. 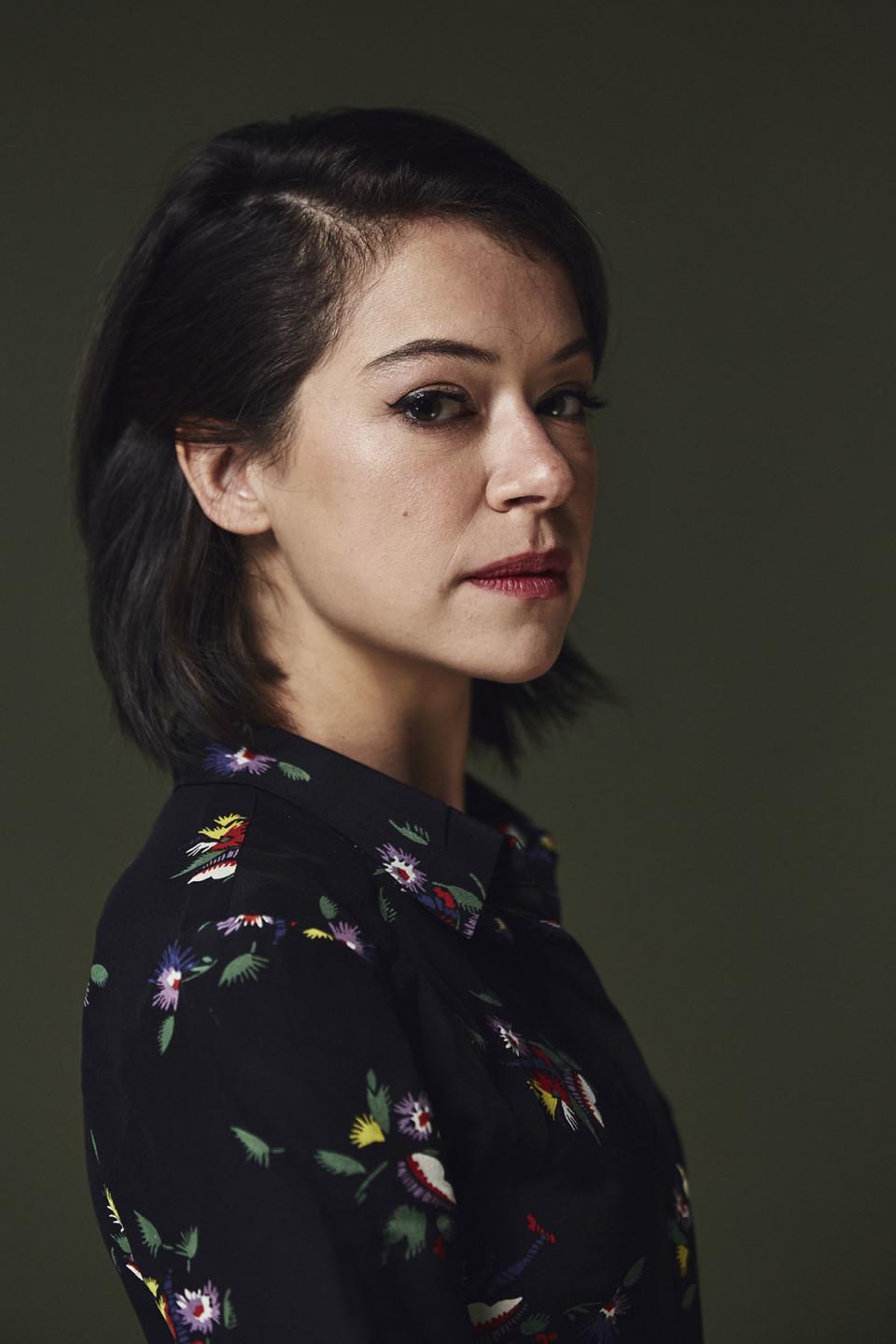 Tatiana Maslany continued to prove her remarkable versatility and talent in several spellbinding 2017 performances. The actor won a Canadian Screen Award for her beautiful, risk-taking turn in Joey Klein’s debut feature, The Other Half (released in late December 2016), as a young woman grappling with bipolar disorder. Next, she again embodied all eight clones in the final season of the beloved sci-fi series Orphan Black . The actor, who has now made the inevitable move to Los Angeles (see: this charming moving-van anecdote on Jimmy Kimmel), embodied another empathetic and nuanced character, Erin Hurley, the girlfriend of Jeff Bauman (Jake Gyllenhaal), a victim in the Boston Marathon bombings, in David Gordon Green’s TIFF selection Stronger.

You should also see Maslany in Canadian filmmaker Ben Lewis’ independent short Apart from Everything. Tackling a complex part as an alcoholic trying to make amends with her ex-girlfriend, she’s raw, risky, and full of humanity — a.k.a. #ClassicTat. 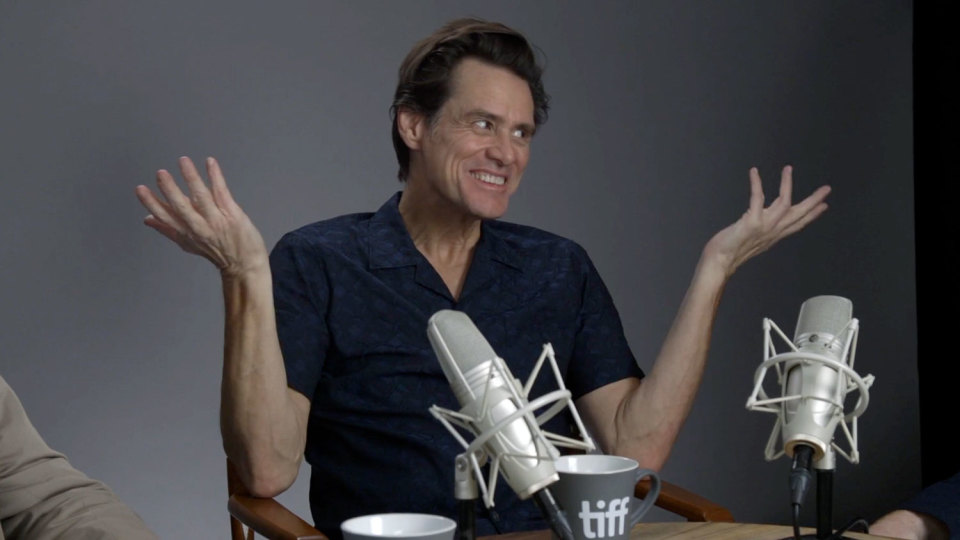 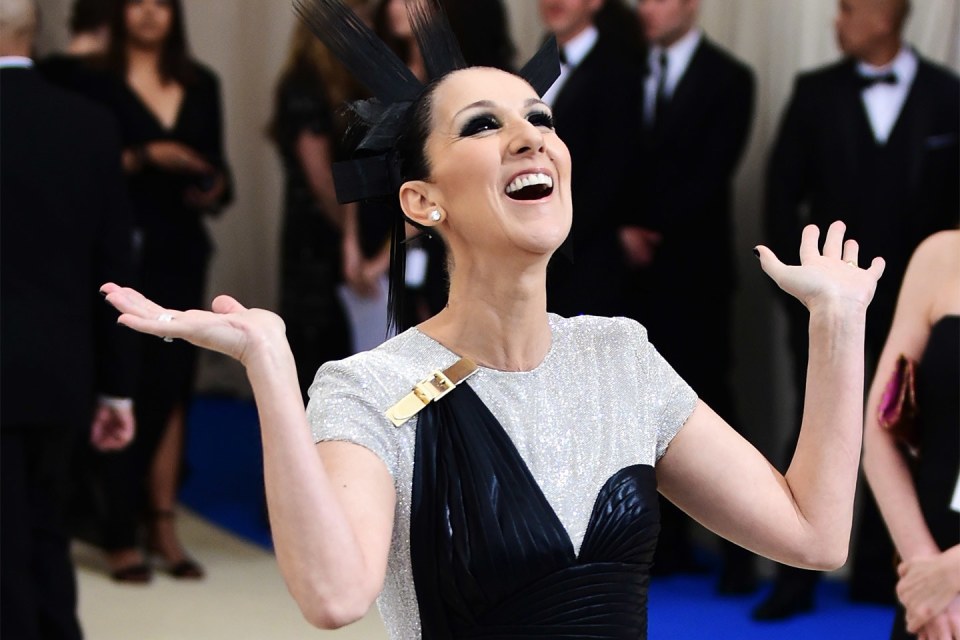 While Kylie Jenner may have billed 2016 “as the year of realizing stuff,” 2017 exhibited the power of cultural transformation. Both Jim Carrey and Celine Dion had two of the most compelling DGAF comebacks in pop cultural history.

This year’s release of the Netflix documentary Jim & Andy: the Great Beyond seems to have expanded the actor’s consciousness. During an interview conducted at New York Fashion Week, Carrey remarked: “There is no me. There is just things happening… Here’s the thing: It’s not our world. That’s the key. We don’t matter. We don’t matter. There’s the good news.” And at TIFF ’17, here to promote the Spike Jonze–produced Carrey/Kaufman doc about the making of the Man on the Moon, he questioned the very existence of his filmography, telling the hosts of TIFF Long Take in a video podcast: “They're all characters that I've played. Including Jim Carrey."

Québécoise chanteuse Céline also returned for an unexpected second act — just a year after the death of her longtime husband and manager René Angélil — to become Canada’s official international pop-culture muse. Dion served so many iconic looks this year (leather overalls! a Cher-inspired cyborg headdress! snakeskin trench coat with matching thigh-high boots!), the cast of Rupaul’s Drag Race is still in recovery. Whether starring in a priceless Vogue editorial video filmed at the Hotel Ritz, becoming the unlikely Instagram star of Paris Fashion Week, interpretative dancing to Sia at her very first Met Ball appearance, or making Drake blush at the Billboard Music Awards, the singer turned 2017 into her personal runway. The very definition of #extra, Céline’s comeback proves that Canada’s sexiest, most formidable star will turn 50 next year. It’s all coming back to us now.

The Highs and Lows of Writing and Directing Your Own Work

In His Own Words: David Gordon Green