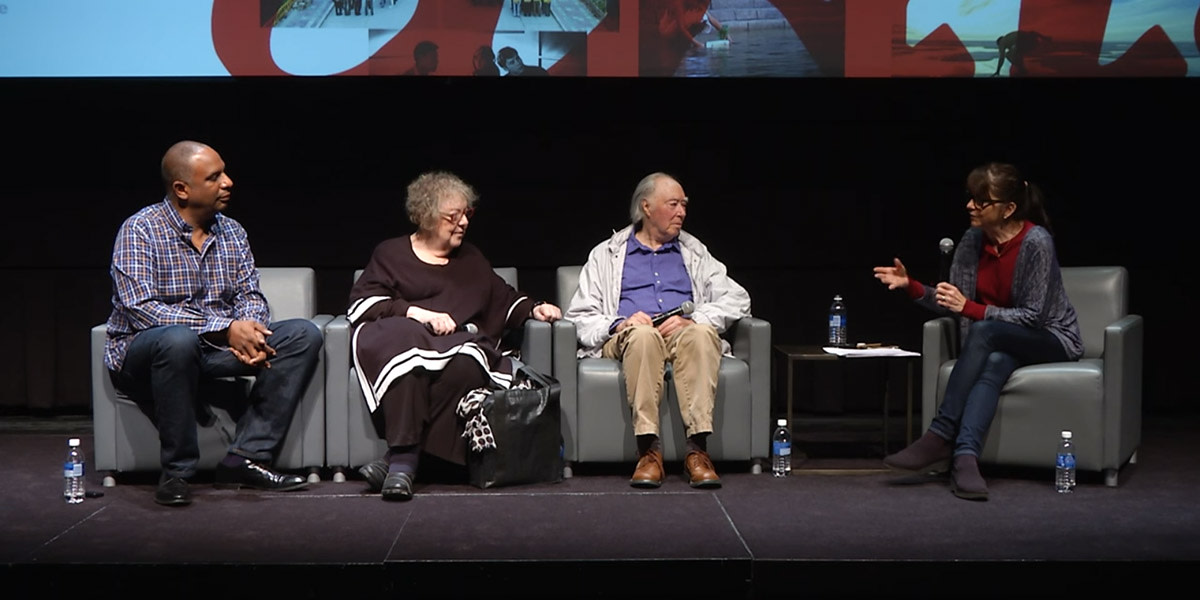 Three leading artists featured in the Canada on Screen Installations exhibition examined the physical relation of their seminal moving-image artworks to the viewer.

As part of the Canada on Screen retrospective, celebrated artists Stan Douglas, Vera Frenkel, and Michael Snow revealed the inspirations behind their landmark installations and considered the significant roles that exhibition spaces and materiality play in viewer experiences. Michael Snow highlighted the participatory nature of Two Sides to Every Story (1974) and also discussed two of his more recent installations: The Viewing of Six New Works (2012) and Lightline (2012/2016). Vera Frenkel shed insight on her works ...from the Transit Bar (1992) and The Blue Train (2012–2014), and reflected on the story of her childhood departure from Nazi-occupied Czechoslovakia during World War II. During the conversation, Stan Douglas confirmed that Overture (1986), which utilizes innovative spectatorial positioning, is an inverse of the Lumières’ L’arrivée d’un train à La Ciotat (1896) and was influenced by Samuel Beckett’s 1930 essay “Proust,” as well as The Panoramic View of Kicking Horse Canyon by the Edison Film Company.

Other discussion topics included virtual reality, the interplay between the medium and filmic reality, and the ways in which technology not only shaped the creative process during the late 18th and early 19th centuries, but continues to mediate human experience.

This Higher Learning event was held on June 16, 2017 at TIFF Bell Lightbox and was hosted by artist and professor Lisa Steele.