Call Me Jimmy: The Films of James Stewart

"The most complete actor-personality in the American cinema." —Andrew Sarris 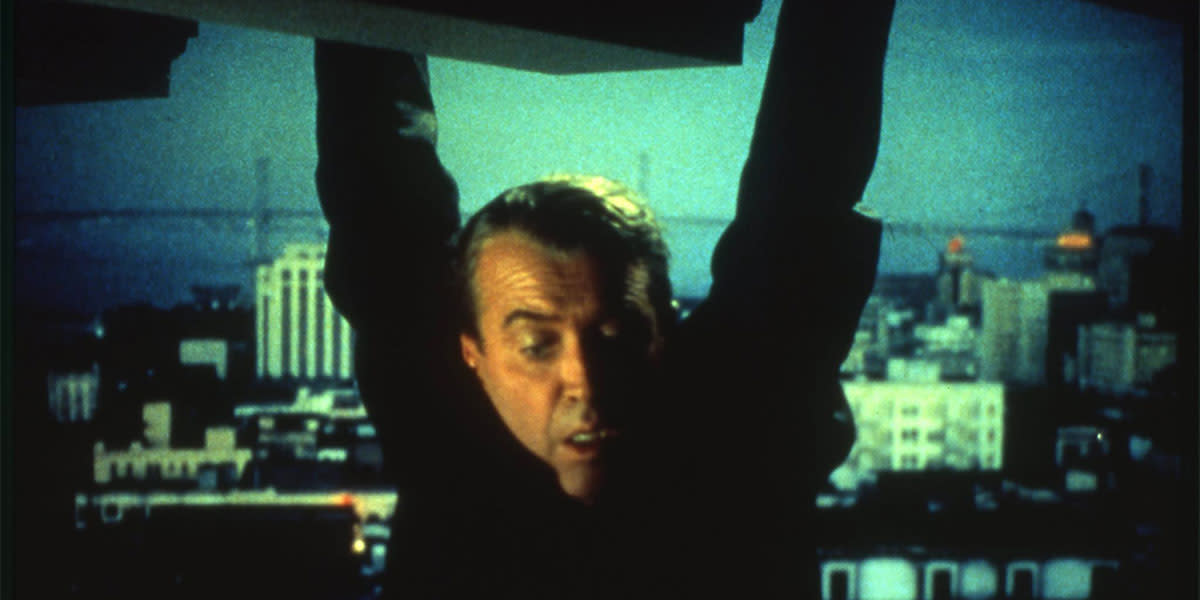 "No other actors made as many great movies ... Maybe more to the point, no other actor has made more movies you’d like to see again." —Roger Ebert

Jimmy or James? The familiar and the formal demonstrate the dual nature of Stewart as an actor, and of the characters he portrayed early — the affable, drawling charmers in the romantic comedies of George Cukor and Ernst Lubitsch, or the corn-fed idealists of Frank Capra's cinema — and late: the anguished obsessives who emerged in the '50s after Alfred Hitchcock and Anthony Mann uncovered a neurotic essence in this all-American everyman.

Known affectionately on set as "Stringbean," the long-limbed Pennsylvanian (whose advice to his daughters when they decamped for college was "Be nice to people") maintained his imperturbable sense of probity even when portraying Mann's compulsive, vengeful loners. His "Keystone State" rootedness and integrity were all the more emphasized by the fact that he often played characters at odds with their environments: a yokel suddenly transported to the floor of the Senate in Mr. Smith Goes to Washington; the wealthy scion of a sternly conservative dynasty tossed into the maelstrom of his fiancée's anarchist family in You Can’t Take It With You; a milk-swilling, gun-shunning pacifist appointed deputy sheriff of a violent frontier town in Destry Rides Again; or an acrophobic detective navigating the hilly heights of San Francisco in Vertigo.

The humble Stewart demystified his art thus: "It's well done if you can do a part and not have the acting show." The least invisible element of his performances was, of course, the slow-rolling brogue that Hitchcock sometimes found enervating, and that Cukor insisted on accelerating for The Philadelphia Story, the film that won Stewart his sole Oscar. Interviewing Stewart onstage at the Telluride Film Festival's tribute to Anthony Mann, the legendary critic Manny Farber compared Stewart's signature intonation to Billie Holiday's, saying that "they could both hit all kinds of notes and buried sounds and quiet tones, and stretch out the sense of time, so that the words didn't come when you were expecting them" — a sly surprise of timing that made Stewart a supreme ironist despite his ingenuous persona. (See, for a paramount example, his cagey backwoods lawyer in Otto Preminger’s Anatomy of a Murder.)

Stewart's persona was more complicated than many accounts suggest. A lifelong Republican whose films sometimes skewed left; an icon of rectitude who often portrayed ambivalent characters; an actor seemingly asexual in comparison to contemporaries Cary Grant or William Holden (and whom MGM boss Louis B. Mayer forced to go to a brothel to "prove" that he wasn't gay), yet whose lanky allure captivated the worldly Marlene Dietrich (who claimed that he left her pregnant from their affair on the set of Destry), Stewart embodied many contradictions. As his quietly grandstanding attorney in Anatomy submits, "As a lawyer, I've had to learn that people aren't just good or just bad. People are many things."

The Shop Around the Corner

Anatomy of a Murder

Bend of the River

The Man Who Knew Too Much

You Can't Take It With You

The Man Who Shot Liberty Valance

The Man from Laramie

It's a Wonderful Life