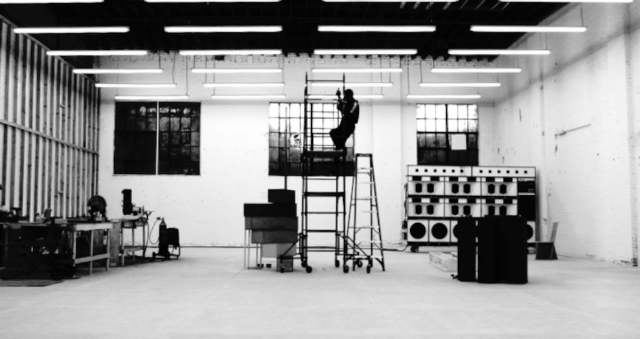 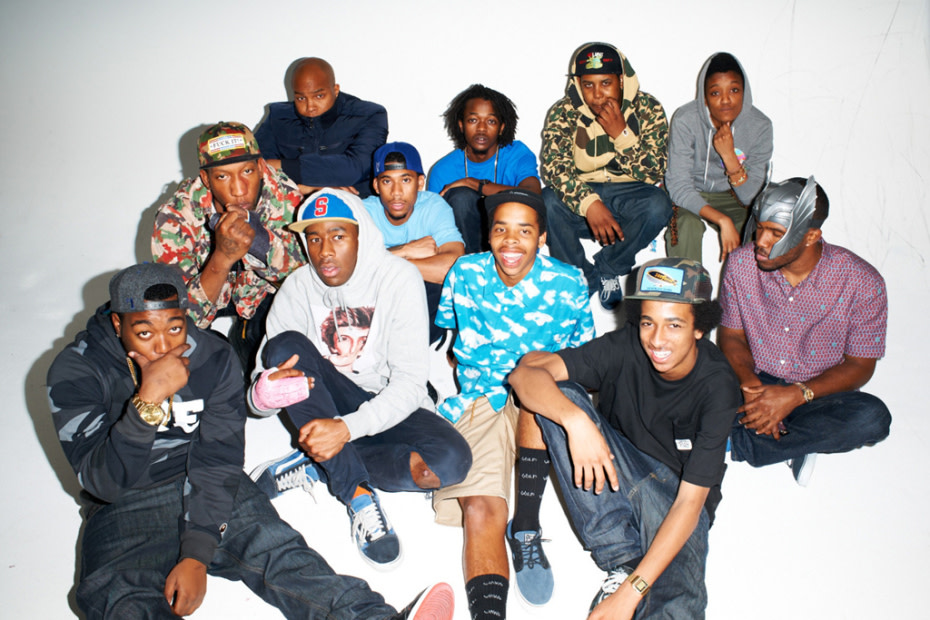 Around 11 pm last Thursday night, internet data rates across North America surged. People were talking about a man called Frank who was building a staircase on a live streamed video. Frank Ocean is not a household name — yet. A key part of R&B’s recent resurgence, the Los Angeles-based artist has been credited for broadening the genre’s sonic pallette, musical references and lyrical content since his critically-lauded 2011 debut album, Channel Orange.

First introduced to audiences as a member of the controversial and machismo-fueled hip-hop collective Odd Future, Frank stood out immediately as soft-spoken, introverted, camera-shy and conscious. The extent to which he truly “belonged” was frequently called into question, most so during the collective’s peak in 2010 when he came out as bisexual. Not only was Frank Ocean a Black man publicly identifying as queer, he belonged to a musical outfit that was widely believed to be homophobic. This ultimately heightened Ocean’s mystique. Following Channel Orange’s release, he became an important, though oft-reclusive icon for queer people of colour.

Ocean’s largest mainstream platform to date has been a subdued and largely forgotten Grammys' performance from 2013 in which he sang a schoolyard ballad ("Forrest Gump") about a crush he had on another boy while dressed in homage to Wes Anderson's character Richie Tenenbaum. It was a perfect representation of Frank Ocean, the artist: an odd man out, with a quirky sense of humour. While most artists would use a platform like the Grammys to create a newsworthy spectacle and flex their entertainer chops, Ocean made clear that he wasn’t “most artists.”

The artist’s hotly anticipated follow-up to Channel Orange was long past due. He first hinted at it coming in 2013, and then confirmed a summer 2014 release date. Summer 2014 came and went, as did a number of other announced and speculated album release dates. Frank went so far as to create a library card to track all the times he’d said it would be released — the final date on the card was July 2016. When August 1 rolled around and there was no album to speak of, fans erupted in rage and memes took over Twitter. Most had a sense of humour about their immense disappointment, others were just angry. Then, in the early hours of August 1, an Apple live stream video began playing on Ocean’s website boydontcry.co.

It’s not the first time in recent memory that a hip-hop or R&B release has become a video event. Before the music video (and its traditional distribution platforms) died, film and music intersected more readily and frequently. Michael Jackson’s “Thriller,” Dr. Dre’s “California Love,” Janet Jackson’s “Rhythm Nation” and even MC Hammer’s “Please Hammer Don’t Hurt ‘Em The Movie” put the spectacle back into a hotly-anticipated album release. MTV allowed the cross-media form to rise in prominence in the ‘80s, and equally drove it to its end in the ‘90s, as they shifted programming away from music videos and towards reality television. *(Editor’s note: they also released a “hip-hopera” version of Georges Bizet’s Carmen starring Beyonce, so…) *

Then in 2010 came Kanye West’s Runaway, a 35-minute long visual accompaniment to his opus My Beautiful Dark Twisted Fantasy. Ostentatious as it was, Runaway marked the first time in years that audiences of any significant scale would gather to watch a music video premiere live. Beyonce’s first self-titled visual album, then this year’s Lemonade echoed the format, creating an international film event to be deconstructed live via Twitter. In the music industry’s post-MP3 world, blockbuster albums are frequently being packaged as multi-media releases with accompanying clothing lines, pop-up stores, zines and films. Maybe it’s a crass attempt to occupy a bigger piece of zeitgeist real estate, or because artists in 2016 have access to more tools of creation and won’t be limited by one media. Either way, it’s a good time to be a fan of popular culture.

On August 1, a man, possibly Frank paced through a sparse warehouse with power tools and plywood and a clear sense of purpose. He was building... something, in a well-composed and brightly-lit black-and-white frame. Thanks to his silhouette in the clean industrial set an instant comparison to Paul Thomas Anderson’s Punch Drunk Love could be made. A 20-foot craftsman’s workbench extended along the warehouse’s back wall, adjacent was a ceiling-high stack of speakers, the whole space lit by two rows of artfully exposed fluorescent tubes. Fans watched for hours and hours turned to days. With each new sign of activity on the feed — the sound of a saw grinding, a drill churning — people tuned in anew. Eventually, music started to emanate from the speakers. They were mostly instrumentals, rough sketches which were typically being drowned out by the sounds of the power tools. By the end of seven days, we had seven instrumentals and seven wood boxes stacked up on the workshop floor. What did it mean? Over the course of an hour on August 18, it became clear that this was not an album, but something far more strange.

Titled “Endless,” the video art piece was directed by Ocean in collaboration with Francisco Soriano, a music video director with two prior credits (a K’naan video, something for the Italo disco outlet Mobroder), who also worked to edit it, giving the work its greatest and most essential quality: temporal elasticity. For 15 days, we had no sense of whether Ocean’s construction was happening in real time, or if it was a cleverly staged and edited pre-recorded series of vignettes. We didn’t know how long it would go on for, and what it was leading to. We didn’t know when to expect action, but the work on-screen was constant. Picture Chaplin’s Modern Times or Sam Hsieh’s One Year Performance, a cycle of bizarre and maddening repetition, unfolding over days. Endless has more in common with these iconic performance-art pieces than Beyonce’s Lemonade or Kanye’s Runaway. There were a total of four different shots that Soriano cycled between, each angled to feel voyeuristic, most filmed as long and wide shots, with the core action held far from camera, obscuring any detail from the viewer’s range of sight. Ocean and his collaborator wanted us to feel like high-level observers.

It wasn’t until the livestream’s last hour, when the lights faded and a gentle ballad played out that the viewer realized what we’d all been watching. Over the course of an hour, we watched Frank Ocean take his carefully crafted wood boxes and assemble a winding staircase. At a few minutes to midnight, he ascended the staircase, stood atop it, turned around, and then descended. He took five steps, looked back at his handiwork, and then walked off-camera as the lights in the warehouse faded to black and his new album Blond dropped on iTunes. When those lights turned off on Frank’s workshop, the signal was clear. His work was done.

Over these days, Ocean performed every task to build his staircase. He delivered the plywood. He measured and cut it. He treated, stained and painted it. He drilled and assembled each step. And he let us know that over that four-year period, as we complained that there was no new music, he was working, tirelessly and endlessly, to build something that he could feel was complete, appreciate for a moment, and then give to us forever to enjoy. Endless is as much Frank Ocean's story as it is every artist's relentless and grueling journey to create.