Before the Dora Milaje: The Black female heroes who led the way to Black Panther 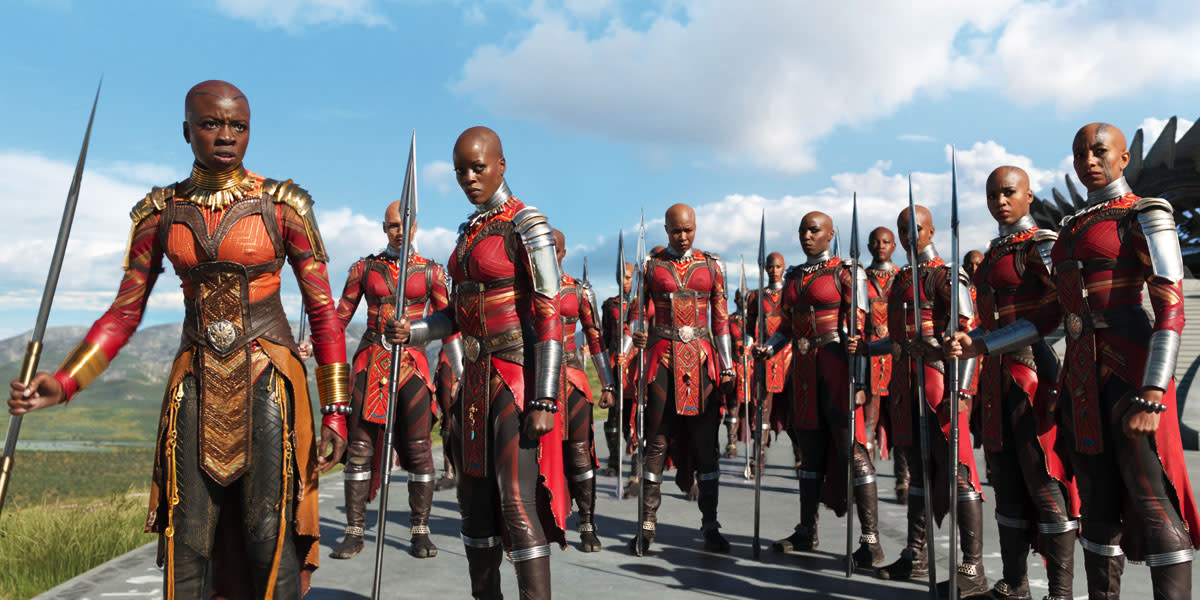 The latest Marvel Cinematic Universe installment, Ryan Coogler’s Black Panther, opens in theatres tonight. The film stars Chadwick Boseman as T’Challa/Black Panther, ruler and protector of the African kingdom of Wakanda; Michael B. Jordan as Black Panther’s rival, Killmonger; and Lupita Nyong’o as Nakia, a Wakandan spy. Jamie Broadnax, Black Girl Nerds’ Editor-in-Chief, joins us to speak to why Black Panther is not just another superhero movie, but a rallying cry for representation on film.

We, as Black women, are marginalized and underrepresented — especially when it comes to cinema. Seeing yourself reflected in media can shape who you are.

With Black Panther — brimming with female heroes like T’Challa’s personal guard the Dora Milaje, played by some of the biggest stars on the planet — a generation of young women with ravenous appetites to see themselves on screen now look to Wakanda to feed that hunger. For little girls everywhere, who will soon see Black women as tech-savvy, loyal-hearted, kick-ass heroes in a blockbuster film — a medium that rarely depicts us that way — this will mould who they become. 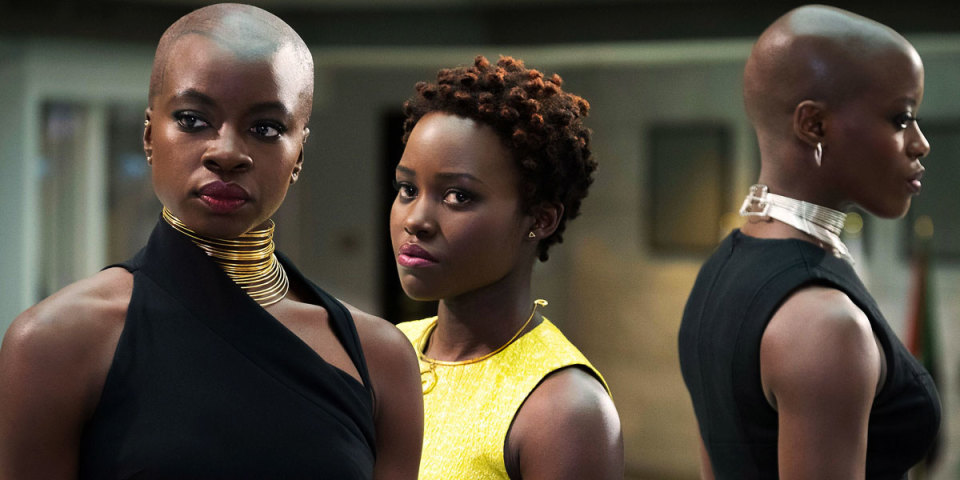 Nakia (Nyong’o) and the Dora Milaje are action figures, not dolls. I’ve never seen a 16-year-old Black girl action figure before. Black Panther will give young Black women many firsts: Shuri (Letitia Wright) — a bona fide “Disney Princess” — who is a tech genius; General Okoye (Danai Gurira), an advisor to King T’Challa, who is independent, wise, and strives to do what’s right by her people; and Nakia, a spy with combat skills to rival any male lead. These are fully realized characters who feel very much a product of 2018, but also could not have existed without the Black heroines before them.

These are the women who led the way to the Dora Milaje: 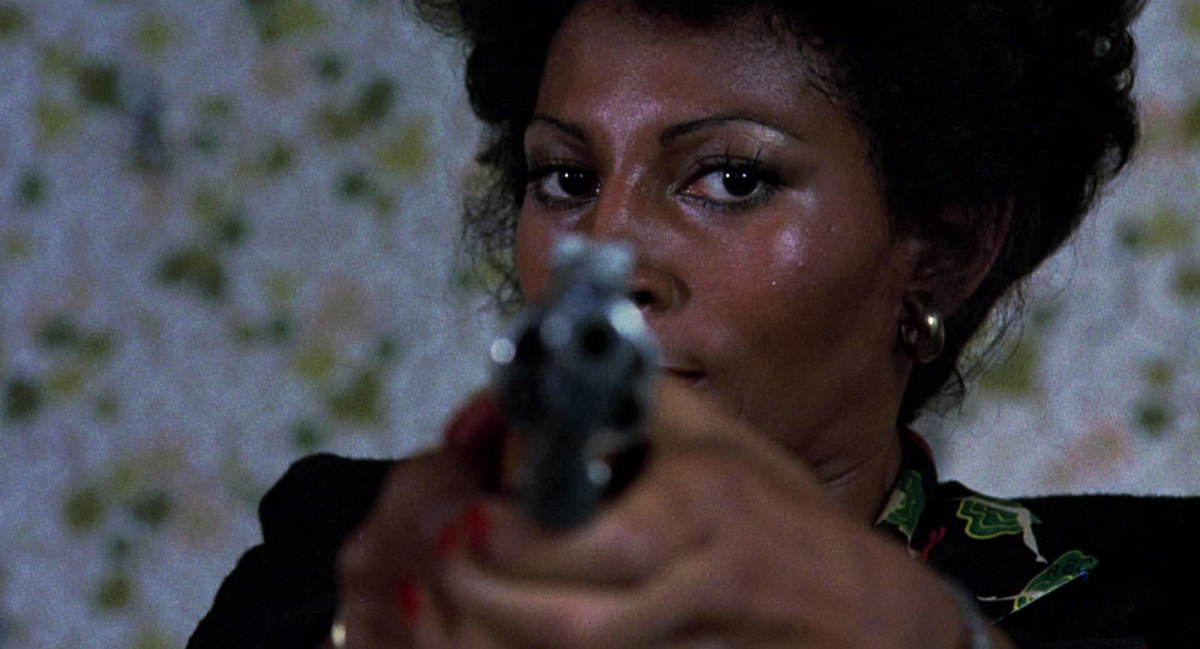 Blaxploitation and its Foxy Femme Fatales

In the 1970s, Blaxploitation became the first genre where Black women could be action heroes. The protagonists of Blaxploitation films fought the patriarchy and white supremacy — often while wearing sky-high platforms and a badass afro. They rallied against injustice, supporting the Black Power movement while holding up a closed fist as a symbol of empowerment. Blaxploitation threw respectability politics out the window, giving its heroines licence to use sexuality and sexual desire to defeat villains. Pam Grier, the quintessential Blaxploitation female lead, fought (and flirted) in the genre’s greatest hits: Foxy Brown, Coffy, Friday Foster, and Black Mama White Mama. In Cleopatra Jones, Tamara Dobson, another Blaxploitation icon, uses her femininity as a cover — in this case, pretending to be a model to fight crime. 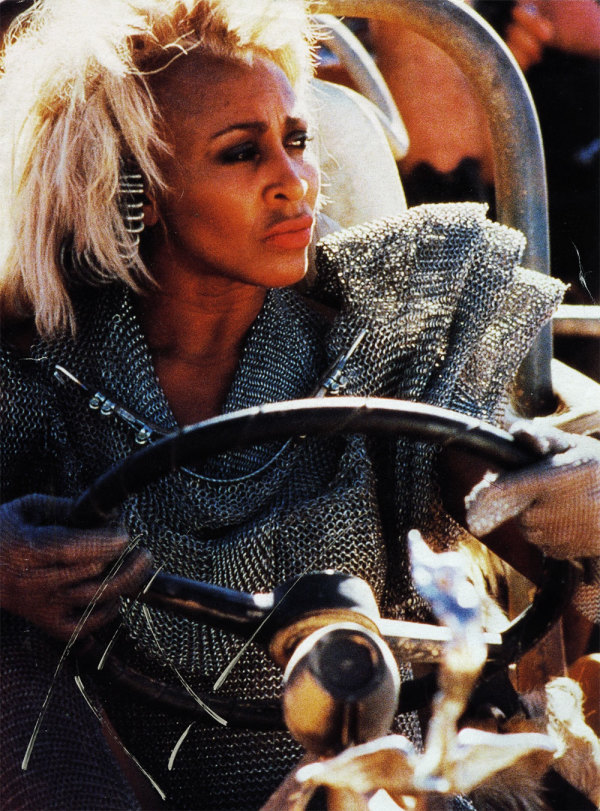 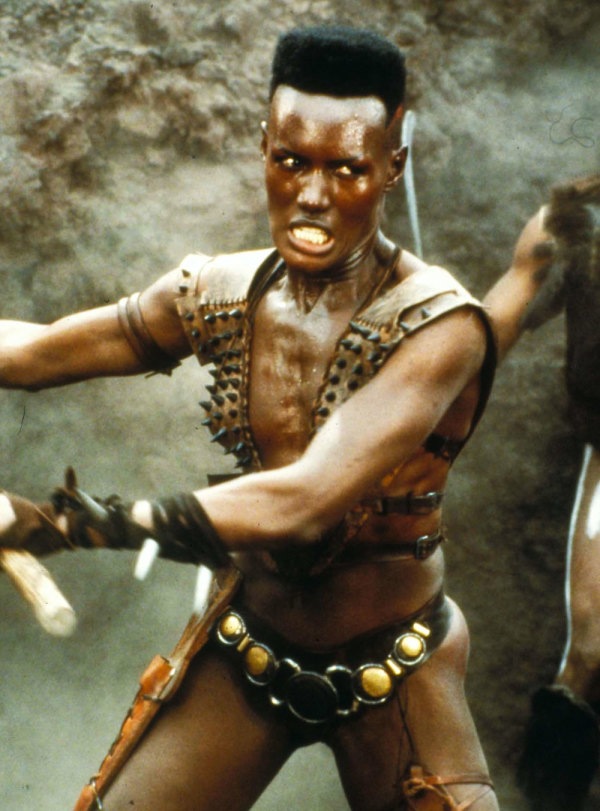 Grace Jones in Conan The Destroyer

In the 1980s, crime-fighting evolved from the gun-toting, high-heels-and-mini-skirts-wearing heyday of Blaxploitation femme fatales to Amazon-like warrior women such as Aunty Entity (Tina Turner) in Mad Max Beyond Thunderdome and Zula (Grace Jones) in Conan the Destroyer. You can see the seeds of the Dora Milaje in Jones’ performance as Zula, a raider who joins the brigade led by Conan (Arnold Schwarzenegger), and later becomes the Captain of the Guard. 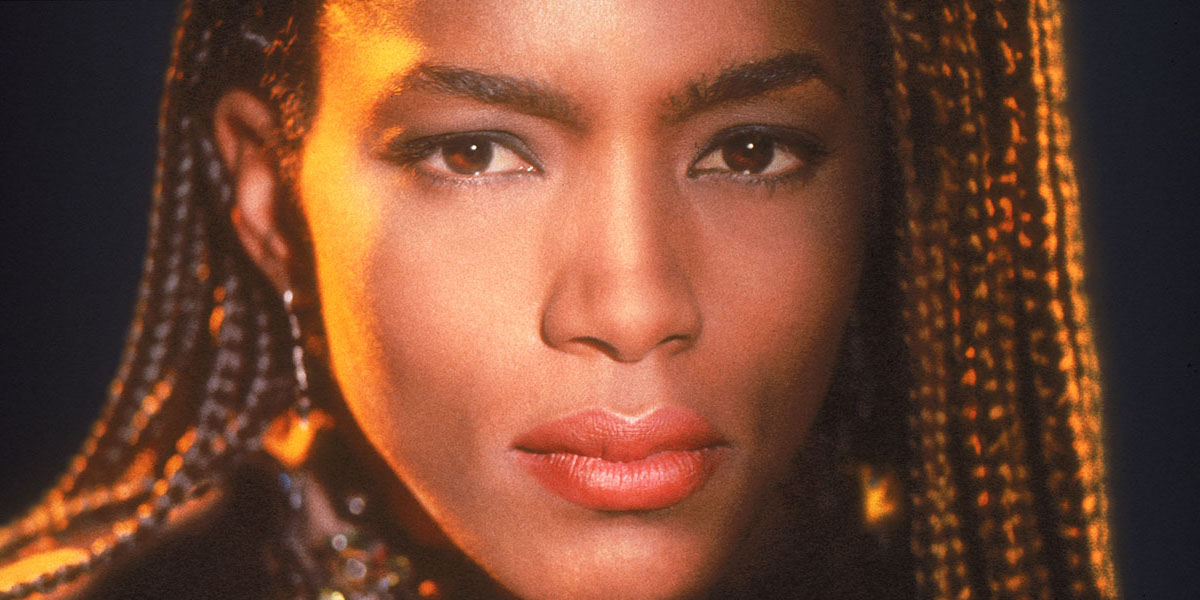 A New Kind of (Anti-)Heroine

Set It Off introduced a different kind of hero — a crew of anti-heroines (Queen Latifah, Jada Pinkett Smith, Vivica A. Fox, and Kimberly Elise) in a women-led crime film that passes the Bechdel test. Two decades before she regally incarnated Queen Ramonda in Black Panther, Angela Bassett rocked those glorious box braids in Kathryn Bigelow’s neo-noir Strange Days as a limo driver/bodyguard with some serious combat skills. In one of the few horror films where the Black character doesn’t die, Jada Pinkett Smith took on a legion of demon spawn in the 1995 action-comedy-horror Demon Knight. These women were heroes in their own right — heroes in their own stories, and heroes to us, the audience. 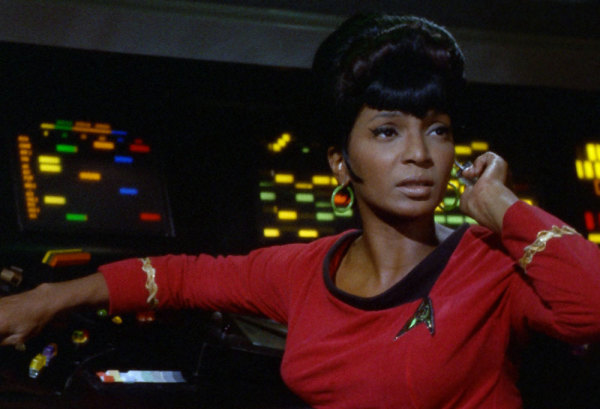 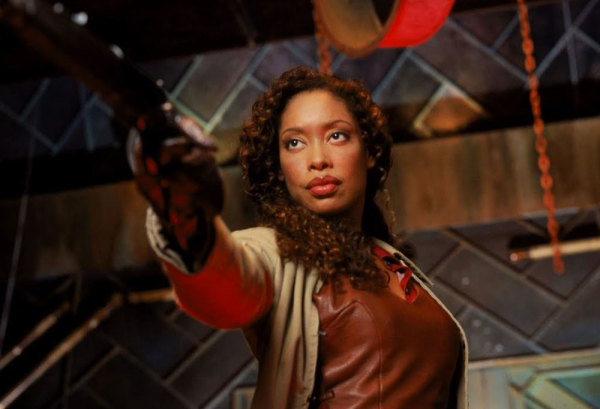 Genre Films: The Next Frontier

The lack of melanin in space is disturbing. I don’t understand why it took Star Wars over 40 years to cast a Black woman as a lead or major supporting character in its film franchise. (Thandie Newton will be its first in Solo: A Star Wars Story. One could argue that Nyong’o’s Maz Kanata counts, but a CGI alien isn’t exactly the kind of representation we’re looking for.) As a sci-fi geek, I crave representation in genre films. We’ve had Uhura (Nichelle Nichols, Zoe Saldana) in Star Trek, Niobe (Jada Pinkett Smith) in The Matrix, Zoe Washburne (Gina Torres) in Firefly/Serenity, the kick-ass Copperhead (Vivica A. Fox) in Kill Bill, and 28 Days Later’s Selena (Naomie Harris), who is not just a supporting character, but a full-fledged protagonist. I want more. Halle Berry (Storm in X-Men and the title character in Catwoman) can’t be the only Black woman who gets her own solo film as a superhero.

These women throughout history are a small sample of those who paved the way to where we are today — but that small sample is still sourced from the historically small pool of Black women who have been given screen time as action heroes. 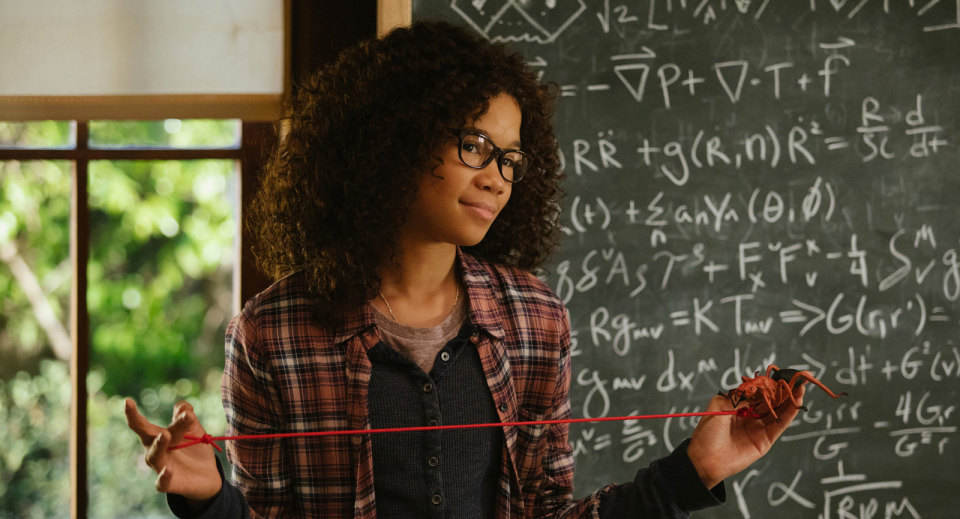 Storm Reid in A Wrinkle in Time

Black Panther is more than a movie to me, and with hashtags like #WhatBlackPantherMeansToMe — coined by Kayla Sutton of Black Girl Nerds — I know that I’m not alone. This film resonates deeply in a way that no other superhero film has before. My hope is that the ripple effect of Black Panther will build momentum for other upcoming films, like Ava DuVernay’s A Wrinkle in Time, starring a young Black girl (Storm Reid) in the lead role. As a comic-book geek, I hope that these films are the start of something new: a seismic shift in how we see our superheroes and superheroines.

Let the women of Black Panther be an example of why Black Women Heroes Matter. Let us celebrate ourselves on screen; we deserve to see ourselves as princesses and warriors, too. Let this moment be the catalyst that drives young girls everywhere to find the confidence to see themselves as the heroes of their own stories.

How *Set It Off* raked it up