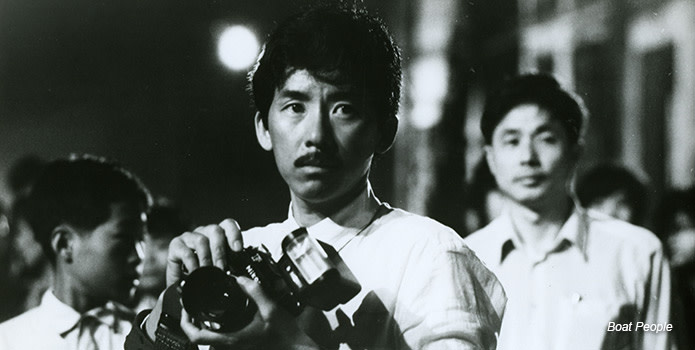 Prior to a screening of Ann Hui's 1982 masterpiece Boat People, Bart Testa, Senior Lecturer at the Cinema Studies Institute, Innis College, University of Toronto, discussed the film's status as a key work in the Hong Kong New Wave. Frequently cited by both critics and audiences as one of the best Hong Kong films of all time, Boat People was an integral component of the A Century of Chinese Cinema programme at TIFF Bell Lightbox.

Testa positioned Hui at the forefront of the Hong Kong New Wave, an intensely local and socially engaged cinema that restored Cantonese as the primary language of Hong Kong cinema, following decades of Mandarin-language productions. Testa also discussed Hui's lesser-known but equally compelling The Boy from Vietnam, which Hui produced as a television movie in 1978; it was this film that marked the beginning of Hui's interest in the plight of refugees from postwar Vietnam. Other topics included: the film's influence on other works in the Hong Kong New Wave, its production history, and the film's reception with international audiences.

In partnership with the Asian Institute at the Munk School of Global Affairs, University of Toronto and the Asia Pacific Foundation of Canada's National Conversation on Asia, this Higher Learning event was held on June 11, 2013 at TIFF Bell Lightbox.