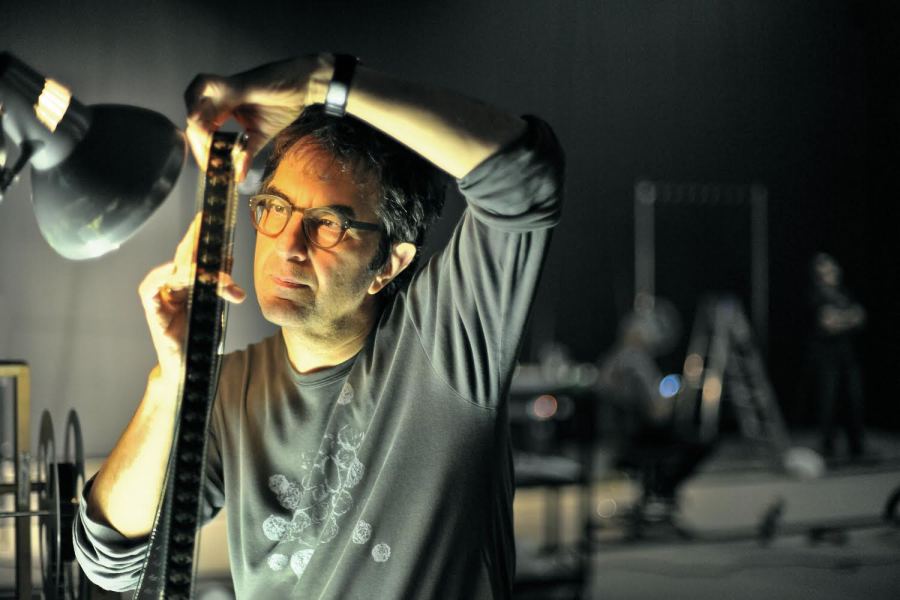 Atom Egoyan is Obsessed with Celluloid

Help TIFF project and protect the films that you love so filmmakers like Atom Egoyan can continue to have their work seen and experienced. Donate to "Save This Moment."

When I first came from Victoria to the University of Toronto, I remember seeing a screening of Apocalypse Now at the old University Theatre. It was monumental. I had a physical feeling that I’d never had before. A lot of that had to do with the film projection. Looking back, there was an immersion in my experience of watching a film on film. It really had a powerful effect on me.

I think of another experience of watching Bergman's Persona. At the beginning of the movie, there’s a moment where you see a projector jam and catch on fire. I remember when that happened, everyone turned around to look at the projector but it was just an effect that they were seeing on screen. I also had an extremely strong response to watching a beautiful newly restored 35mm print of Fellini’s 8 1/2, which inspired an installation I did for the opening of TIFF Bell Lightbox.

I fell in love with film again a few weeks ago. I was setting up an art installation at the MacKenzie Art Gallery in Regina called Steenbeckett. In this work, I took the final shot from a film adaptation I had made in 2000 of Samuel Beckett’s Krapp’s Last Tape. This shot was 2,000 feet of 35mm film, stretched all over the gallery. You can get a sense of it by looking at this clip:

As we were setting up this monumental tribute to the resilience and power of film as a medium, I reflected on my own relationship to it. There's no question that film holds a special place in my life. It's like the difference between acrylic and oil in painting. Acrylic is a lot more convenient, but there's something about the smell of oil, the texture of oil, waiting for the oil to dry. Film is the origin and the basis of the entire art form. It’s at the core of what cinema is, not only the material that it was shot on, but also the way it is projected. I'm not convinced that there's any better way to preserve an art form than by having a medium where you can see the individual images. That’s what I was trying to explore in my installation. There was a physicality to it, which is an essential part of what makes the process so alive and so real.

Working on my installation in Regina, there was something very magical about seeing those individual frames, knowing how my entire formation as a filmmaker — like those of so many others — was based on this dream of working on different film gauges. I started with my father’s 8mm movies, then began shooting my own films on Super 8. I then dreamed of shooting on 16mm (the first “professional” format). Then 35mm (unthinkable without a budget) and — the pinnacle for any film lover — CinemaScope.

I guess you could shoot Super 8 by yourself, but it takes a lot of preparation. Video is, by nature, a lot more spontaneous. I think in my earlier films, especially in Next Of Kin and Family Viewing, I wanted to contrast things that were more deliberate with those that were more spontaneous. Back then, I found the energy and the separation between the mediums dramatically very exciting. 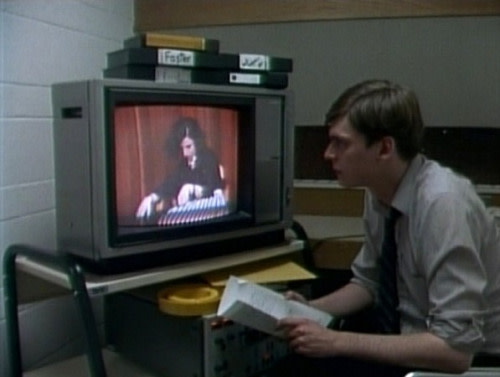 When you're shooting on film and you have no money, you're aware that every decision you make is precious. Back then, I would have to call “cut” right after the actors finished because I wanted to conserve the film. It was just too expensive to keep it running. It feels like there's something rare and special because you can’t just keep shooting. You're aware of cost and what that means.

There’s also an incredible mysteriousness because you can’t see what you’ve shot until a day later. It seems so old-fashioned now, but all of the crew and I used to watch the dailies together. Today everyone's seeing your movie separately on a device. There used to be this collective sense of what it meant to watch a film together.

Today the material aspect of film as a production medium is rarefied. Of course films can still be shot on film, but they’re almost entirely released through a digital format. Still there is no question that film is the medium of choice for any serious collection. It is the ideal preservation medium as archivists struggle with what to make of the long-term resilience of the digital format. There is something truly magical about seeing a beautiful projection of a well-preserved print. You can actually feel the movie in a deeper way.

Five of my films shot on 35mm (Calendar, Ararat, Where the Truth Lies, Adoration, and Chloe) are being preserved through TIFF’s “Save This Moment” campaign. It's very gratifying for me as a filmmaker that the material that I work on is the material that is being preserved. That it is not being transferred to something abstract; it is real and physical. When you put a film in a can, the fact that it is a physical thing makes a world of difference. Working with film, I'm working in a sculptural form. When I'm working in digital, I'm working in an information-capture mode. Those are widely different concepts. 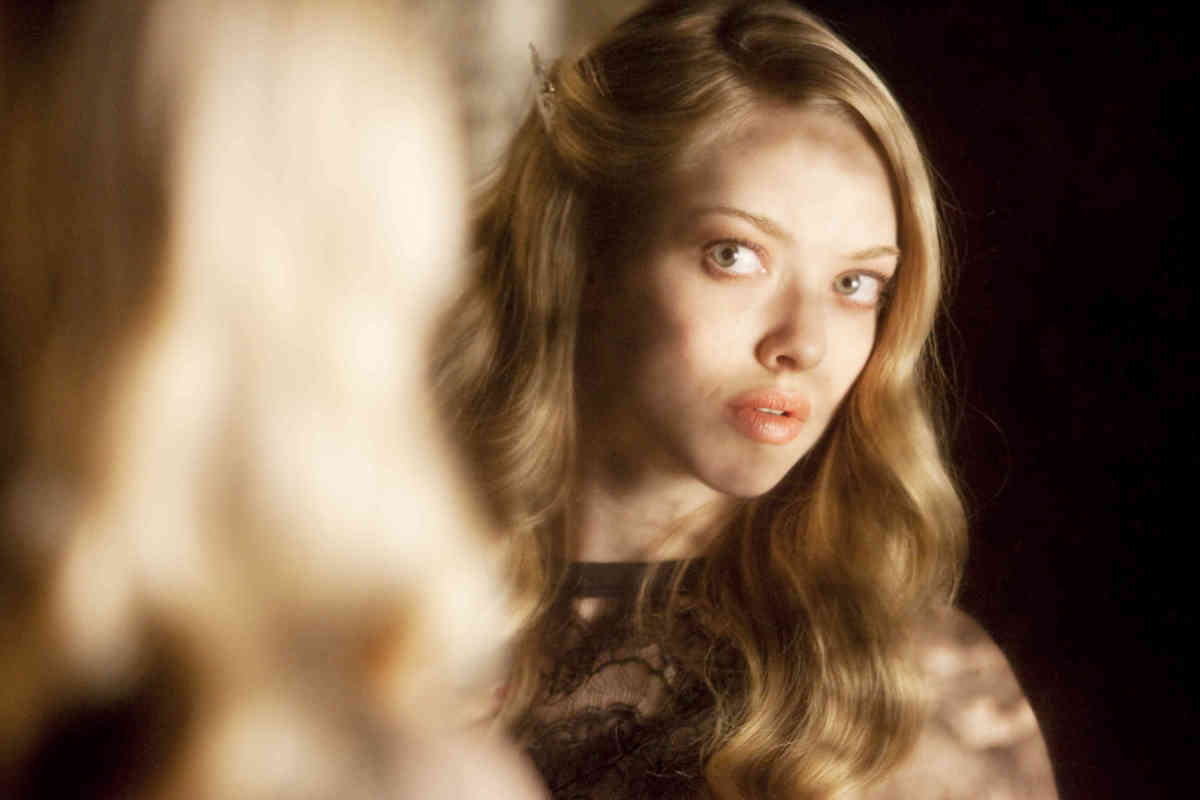 While digital projection has become very convincing, there are two mechanical processes that can never be replicated. First, when we watch a film projection of a dark or black image, there is an actual blocking of light from the projector. If you look at the film frame, you can understand why. The light is actually stopped by the density of the image. It’s a physical process of deprivation, which is deeply mysterious and affecting.

The other extraordinary aspect of film projection is the process of shutter pull-down. Film gives the appearance of motion by supplying the viewer with 24 frames of still images every second. For this “persistence of motion” trick to work, there needs to be black between these 24 still images (as the next frame is pulled into place). Thus for every minute that the film viewer is watching the projected image, half of that time is spent in a completely black room.

Most of the mental space spent in that dark room with a group of strangers is spent processing the illusion of motion. However, I firmly believe that we are given space to process the images in a profoundly different way than we do in a digital projection, where the flow of light is steady and "unblinking."

I fell back in love with film while I was working on Steenbeckett. As someone who has worked on film since I was a teenager, spending hours and hours in that same dark room so many people love to inhabit, digital will never be more than an affair. Perhaps it’s just a cheaper date.