Celebrating the fire, ferocity and fabulousness of Anna Magnani 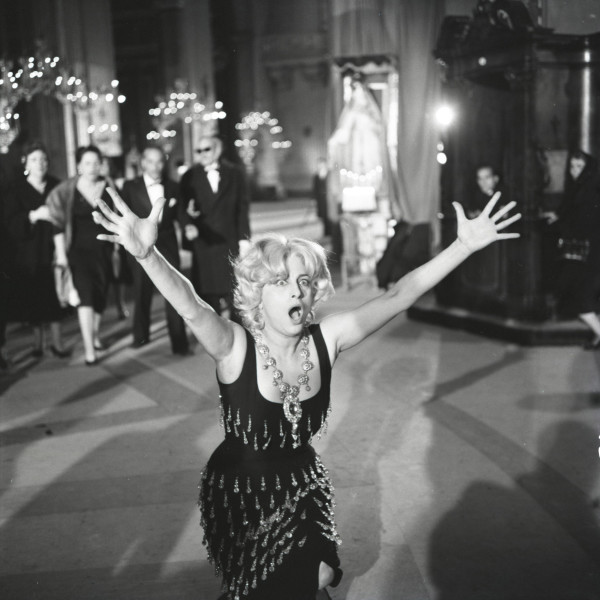 “Anna Magnani is the greatest actress I have ever seen.” —Bette Davis

Unlike Bette Davis, with whom she became best pals and formed a mutual admiration sorority, Italian actress Anna Magnani did not choose minor or B-list directors so that she could exert her imperious self on every aspect of her films. Instead, Magnani’s filmography offers a roster of great auteurs — Rossellini, Visconti, Pasolini, Fellini, De Sica, Renoir, Monicelli, Lattuada — many of whom devised movies especially for her. That Magnani did not appear in any Antonioni film is hardly surprising: a diva who typically treated the scenery like a vast platter of antipasti had no business in that maestro’s anxious, muted universe. Burt Lancaster, her co-star in The Rose Tattoo, observed, “If she had not found acting as an outlet for her enormous vitality, she would have become ‘a great criminal.’” 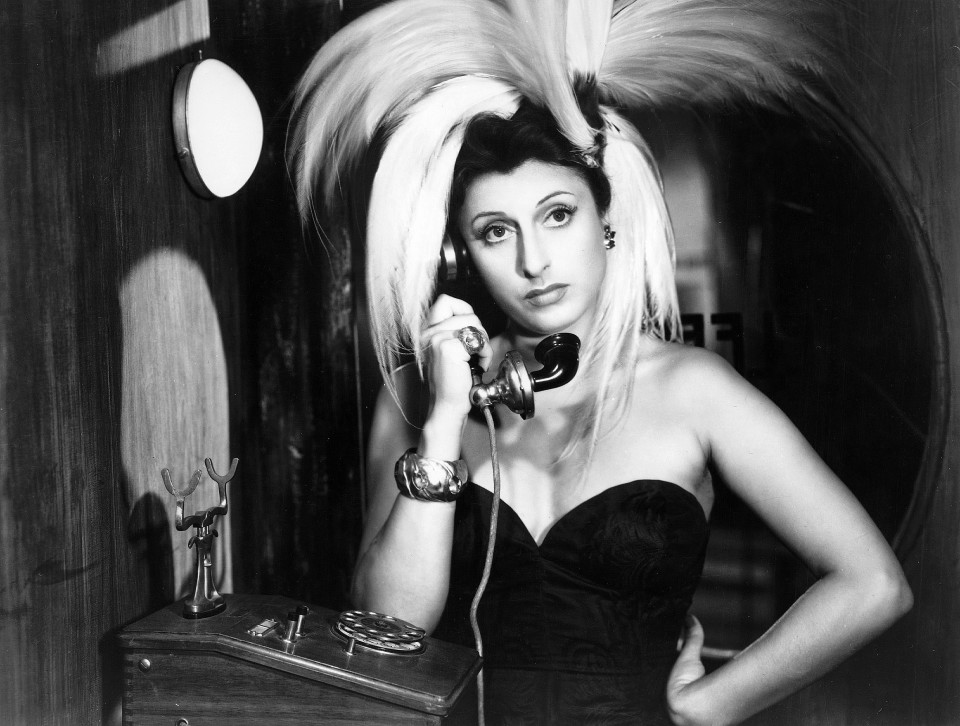 Many accounts of the making of Rossellini’s epochal Rome, Open City accept its self-made myths about the film’s neorealist purity, emphasizing that the cast was made up almost exclusively of non-professionals. “The actors came from the streets of Rome!” brayed a 1961 film magazine, but that city has many chic vias, to which Magnani was no stranger. Magnani had long been celebrated as a nightclub singer (often compared to Edith Piaf) and theatre star, and, as this retrospective illustrates, she had many plum film roles in the two decades prior to her heartbreaking performance as Pina in Open City; stealing scenes became her speciality even in her smallest parts, and when given major billing (as in Mario Bonnard’s The Peddler and the Lady, which established her earthy persona) she immediately won the nation’s adoration. Capable of refined elegance despite her coarse, stormy features — her copious mouth often widened in raucous laughter — Magnani could traverse the world of aristocrats, but her allegiance was always to il popolo: “I hate respectability,” she once proclaimed, “Give me the life of the streets, of common people.” Consequently, her roles tended to the low-caste and brassy: fruit vendors, prostitutes, molls, convicts, stage mothers, film extras and (most frequently) long-suffering proletarian wives.

Equally at home in farce and tragedy, melodrama and comedy, the ferocious Magnani earned the sobriquet “La Lupa” (“The She-Wolf”) for her volatility and voraciousness. A lot of “v” words seem to cluster around Magnani, especially the unavoidable “volcanic,” with its many igneous synonyms; Vesuvius is another common analogy for her lava-like eruptions. The comparison became literal when her erstwhile lover Rossellini, who had devised a double bill of films under the rubric L’Amore as “an homage to the art of Anna Magnani,” shifted his professional and romantic devotion to Ingrid Bergman and set off to a barren Aeolian island to make Stromboli. Taking her revenge, Magnani ensconced herself on an adjacent isle to make the very similar Volcano — though it was ultimately Rossellini’s film that became a landmark in international cinema, while Volcano only received its due after a recent restoration. (A reconciled Rossellini lovingly tended Magnani in her final month as she died of pancreatic cancer, and she was buried in his family’s tomb.) 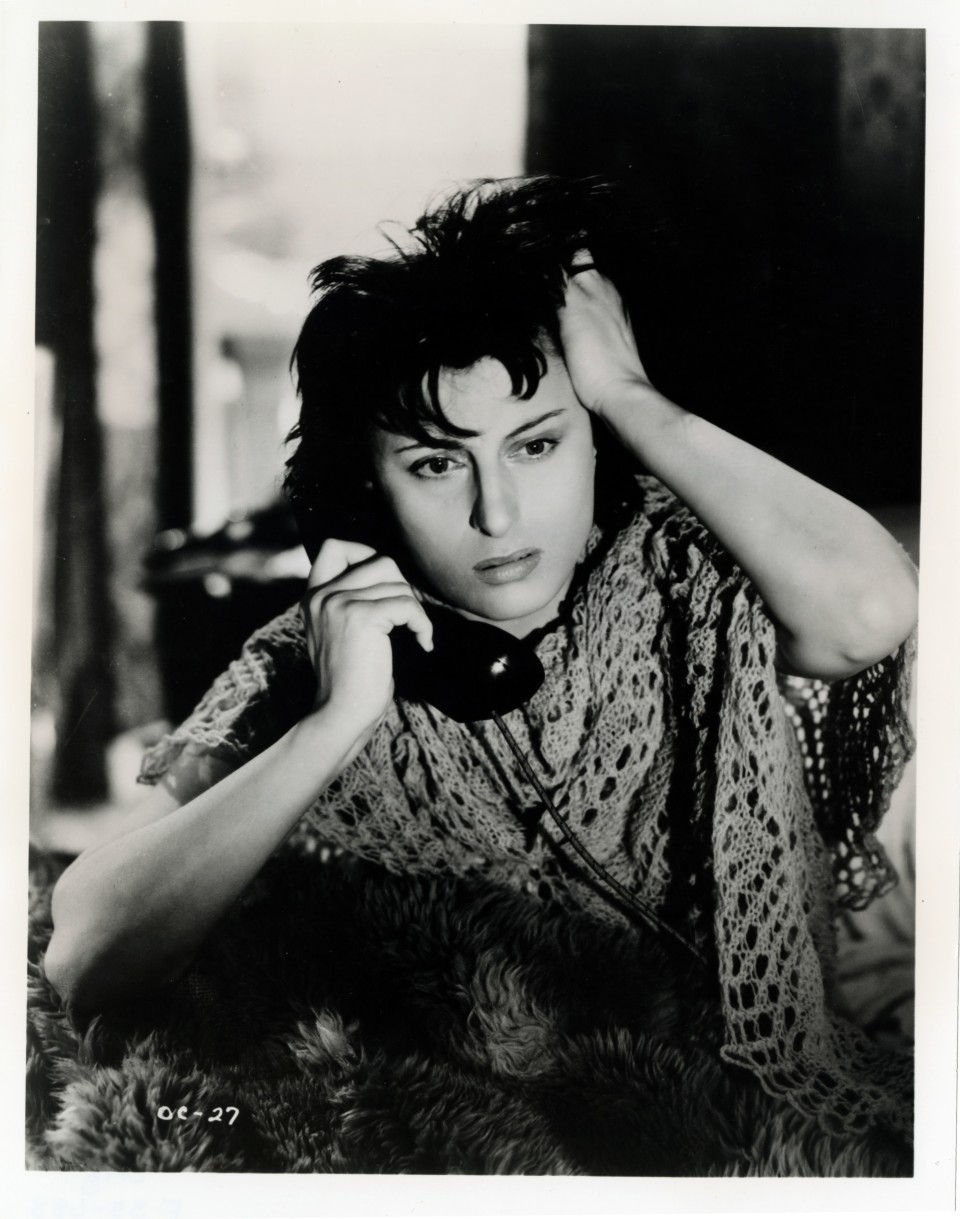 “Magnani is the last of the great shameless emotionalists,” commented Volcano director William Dieterle. “You have to go back to the silent movies for that kind of acting.” Tennessee Williams discerned the same instinctive quality in her art, conceiving the character of the yearning widow Serafina in The Rose Tattoo with Magnani in mind. After meeting her in 1950 — she kept him waiting for almost an hour — the gay playwright conferred aspects of her nature upon even those female characters not directly modelled on Magnani. Though the actress was capable of the occasional slur — she referred to the homosexual Austrian dancer Harry Feist, who played a vicious, swishy Nazi in Rome, Open City, as “a big queer” — she and Williams became fast friends and then inseparable soulmates, trading campy observations on her terrace overlooking the Piazza Minerva and the Pantheon; he admired her naked honesty, boisterous wit, and unconventionality, she his wounded sensitivity and outsider’s acute insight. It is the poetic Williams who perhaps best captured Magnani’s magnetism: “She is simply a rare being who seems to have about her a little lightning-shot cloud all her own.... In a crowded room she can sit perfectly motionless and silent and still you feel the atmospheric tension of her presence, its quiver and hum in the air like a live wire exposed.”