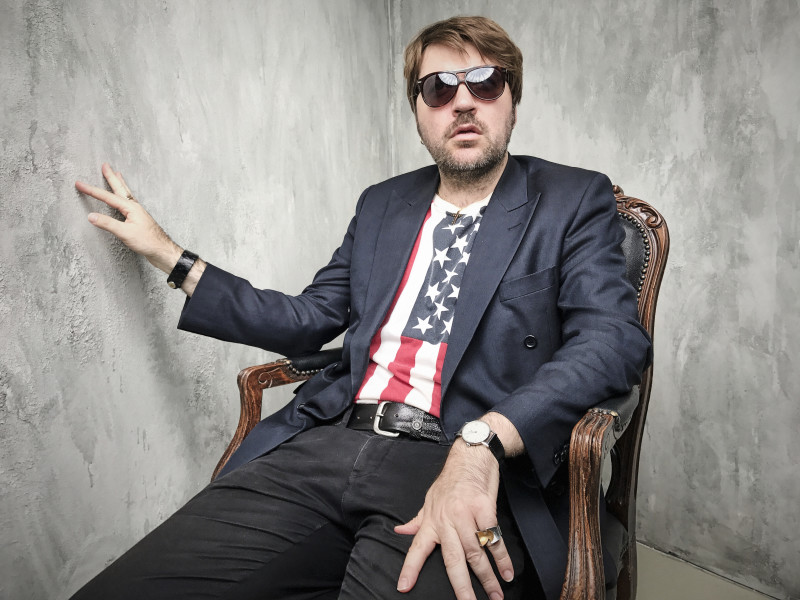 An interview with the enfant terrible of experimental cinema

All of Albert Serra’s films bear the hallmarks of an original, from his minimalist retelling of the story of the Three Wise Men in Birdsong (2008) to his latest film The Death of Louis XIV (which plays Sunday, July 16 at TIFF Bell Lightbox after premiering in the Wavelengths programme at last year's Festival), in which Serra re-enacts the eponymous monarch’s last days with French New Wave icon Jean-Pierre Léaud in the lead role. Serra creates a liminal world caught between the past and the present, reason and romance, the bourgeois and the communal. Within all of these tensions, his work gestures toward some future (usually, via the past) made up of all of them. Perhaps, this was the point of his dizzyingly ambitious installation Singularity, which was displayed concurrently over five screens during TIFF '16.

During the festival, the director made time to discuss his work, influences, and the recent death of one of his frequent collaborators, the actor Lluís Carbó. We also touched on the work of one director who seems to hold a special significance for the occasionally fur coat-wearing, entourage-towing Serra: Rainer Werner Fassbinder.

You made a short film, Cuba Libre, which was an explicit homage to Fassbinder. Do you draw inspiration from him?

Yes, although in general, I never take inspiration from other people’s work. [Perhaps] concrete work, like music or literature, but it’s very difficult to find any inspiration in my work from other filmmakers.

The thing with Fassbinder is the attitude. The uncompromising attitude of the artist with his own work, dealing with real life, this game between artistic life and real life. In this sense, Fassbinder was a great inspiration. How he behaved politically with the relationships with the actors in films and on the edge of films, like Warhol. This innocence is very important for me: they are real believers in their own works. You cannot find that with other filmmakers. It’s always mixed with dramaturgy, love of success, money, personal vanity. With Warhol and Fassbinder, they are totally concentrated on the work. It’s the attitude of a writer. It’s difficult to find a writer making compromises because you are alone, you are there for the glory. There’s no money and no social prestige to be gained.

One of the things that makes film particularly weird and challenging is the way it’s tied up with money.

It’s a real tautology of life. By shooting with a camera, it’s closer to real life than any other art. In the end, it’s a form, like any other art. You cannot change a form. You cannot change forms with money. You don’t modify the form. An artist is someone who is completely outside these problems. These problems can still stay alive inside of the work, moving, always behind the formal tension.

In his day, Fassbinder called himself a “romantic anarchist.” You’ve just won the Prix Jean Vigo in France. Vigo himself, known for his anarchic vision, was also the son of a famous French anarchist. Do you see your films as political in any way?

__When you say personal relationships, do you mean with your cast and crew? __

Stendahl said, “Beauty is the promise of happiness,” this is the main point. A final, formal achievement will justify all the sacrifices. Still, the game has to be played; it’s very risky. It comes back to what I said about the collective. The more powerful, violent, and smarter you are, you always win. In art, you need innocence. Innocence, in the formal aspect of art and the political aspect of personal relationships, adds subtlety and beauty that you can’t find anywhere else. It’s not enough to be a great manipulator of people to achieve this goal, you have to be an innocent yourself.

Are your films an attempt to glorify this quality of innocence?

It’s an important and quite an original aspect. Mixed with a hyper-controlled formalistic approach, this is what makes my films quite unique. The Singularity film is the most challenging at the level of conceptual approach. It’s a melodramatic film, it could be a soap opera with lots of clichés, but at the same time, it’s very conceptual. It has the texture, the organic approach of cinema… it still has this old feeling of making you believe. You have this mixed with the conceptual approach and the plastic side, the melodramatic approach that you can find in Fassbinder or Warhol, and the length, which is 12 hours. It’s a deep experience. 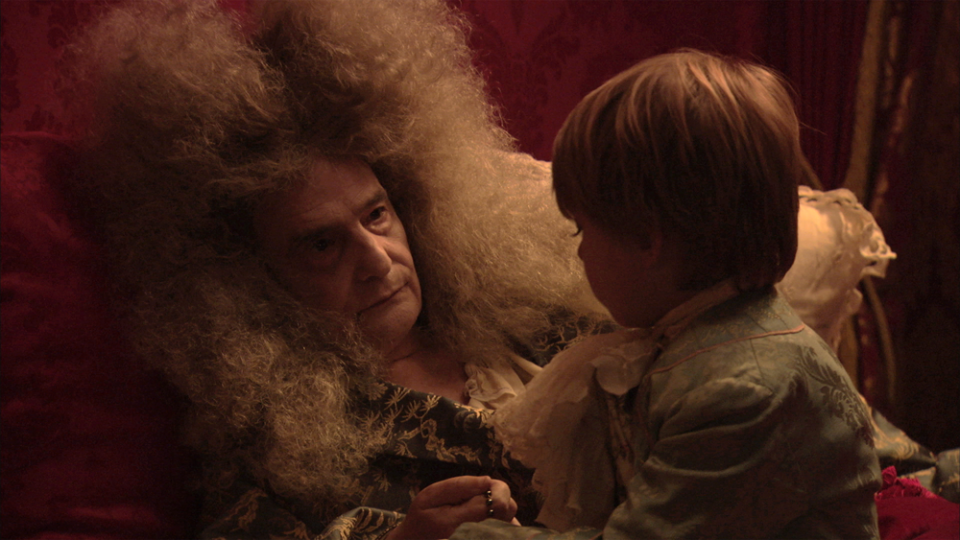 The Death of Louis XIV began as an art installation and morphed into a feature film. How did it come to be?

It wasn’t an installation, so much as a performance. We were to perform the last 15 days in the life of Louis XIV in the Centre Georges Pompidou. Jean-Pierre Léaud was to be in the role, suspended in a bed in the Main Hall inside a crystal cage. But it was complicated and very expensive, so it was cancelled. Three or four years later, we decided to come back to this project as a feature film and to be faithful to the original project. There was the performative aspect with unity of space, time, and action because we had only 16 days of shooting. It was also quite close to what I’ve done before because my shoots are all quite close to performance. I don’t use the monitor, I don’t watch any images from my own films until the end of the shoot. I always shoot with three cameras, non-stop, always with variations. It’s a lively movement of people and feelings; it’s a new experience every moment of the shoot. Even if it was with professional actors, we tried to keep this atmosphere alive.

Yes, because in general actors are not very interesting as artists, and also as people, as human beings. I never found any actor that I respected as a human being. Who wants to be an actor? When you are young, it’s a narcissistic way of thinking. But then, things change a little bit, you become subtler in your judgments, and you meet actors who are very serious and who have a lot of integrity. This is the case with Jean-Pierre Léaud.

You said an interview that there are “no bad actors, only good and bad directors.”

I have scientific proof for this. All the actors in my life or even the actors in my films have never been more fascinating in real life than they are in films. So if they are responsible for what they are doing in the films, why then don’t they use it in everyday life? Why don’t they repeat it? They cannot do it. They simply aren’t sensible, intelligent, or smart enough. This is the work of a filmmaker.

Are there actors who take longer to assimilate into your vision?

There is no time, it’s about intensity. You can imagine what’s it like in 16 days of shooting. In The Death of Louis XIV, it was a little trickier. In France, there are a lot of laws, and you cannot do the typical chaotic shooting that I was used to. France is very respectful with artists, as a country, it is almost like an art institution. Even if you’re shooting in the countryside instead of a museum, people tend to be so respectfully-minded with law. With art, you have to be a little bit disrespectful to create your own thing. If you are too respectful with tradition, with the past, you cannot find your own style.

There’s a strong connection to the past in your new film. Was it a struggle to balance a sense of historical accuracy with this atmosphere of improvisation?

It’s difficult, you want to be faithful to historical facts, there are some meanings that are already established. For me, this is quite incompatible with having this lively atmosphere, a subtle, sometimes hedonic, humorous, sometimes very grave, sometimes wild atmosphere. To really live the past in the present, this is the point. I am maybe a master of doing this, because I have worked throughout most of my career with themes of past subjects. It’s difficult to explain. You have to be bit of an iconoclast, but you have to be respectful. But if you’re too respectful, it’s academicism, it’s not creation. 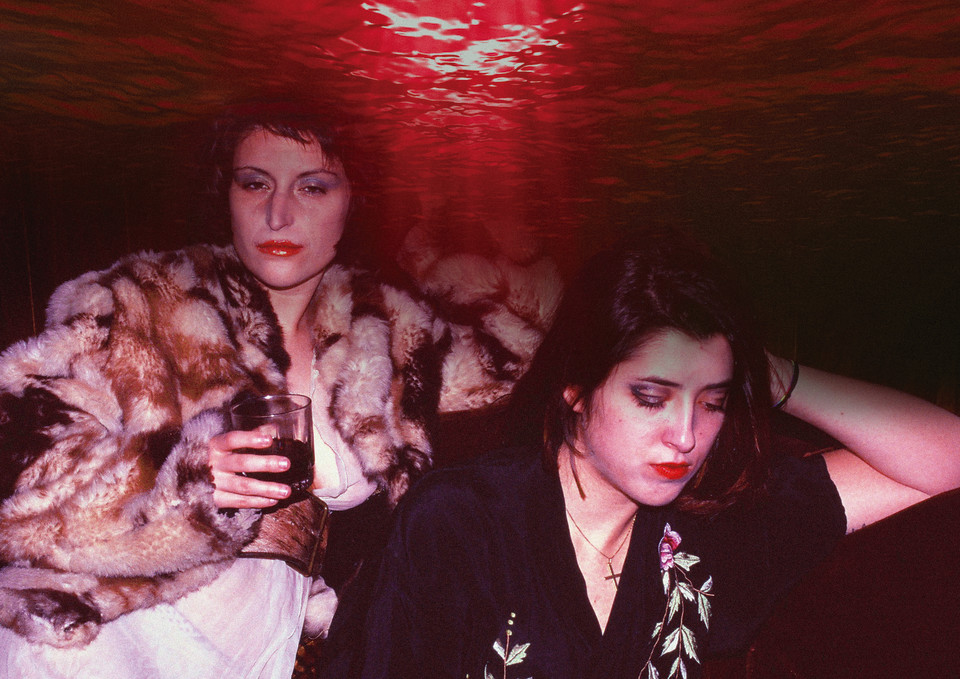 A still from Albert Serra's Singularity installation, which appeared at TIFF '16

The painterly beauty of your work is often remarked upon. When I think about your work, I often think of Francisco Goya, an artist working on the threshold of rationality and irrationality. Is there a visual artist whose work you draw inspiration from?

All of my cinematographers and camera operators are cultivated and try to copy from paintings. If it was really my taste, I would try to avoid that. But I cannot do everything because I can’t be focused on the actors [at the same time as the cameras]. If you’re focused on the plastic, artistic side of the image, you’re losing a lot of time focusing on things that have no clear compatibility with creating this lively atmosphere. I give a lot of freedom to cinematographers if they decide to copy a painting, or create beautiful images. But for me, it’s secondary.

Does this same freedom extend to production designers and costumers?

Not so much, because the cameras work in real time when I have to be focused on what we’re doing with the actors, which I love. The décor and costumes are done before where I am directly involved in a very deep way. In this case, we built up the décor from zero. There were cement walls, floor, and a ceiling. I was there for more than a month building up the décor. I love to do that job, it’s like a game for me.

Lastly, I understand that you lost someone from your team recently, the actor Lluís Carbó, who has appeared in almost all of your films. Can you talk about the effect he had on your work?

It was an important experience working with him. He taught me the ludic aspect, his way of behaving, which was so lively and subversive. It is at the heart of my work. One of the reasons I became a filmmaker instead of a writer was that there’s more fun involved. He was an important presence to remind us that every second, every minute, every hour, every day of our lives we should be having fun. My idea was to combine that with a sense of formalistic control. He was a local, a non-actor, but from the very beginning, he understood we are not doing this just to be local heroes, but that this job was an artistic challenge. He understood that more than other people on the crew in a very innocent way. He had a very deep intuition about what we were doing.

Nothing Left to Lose