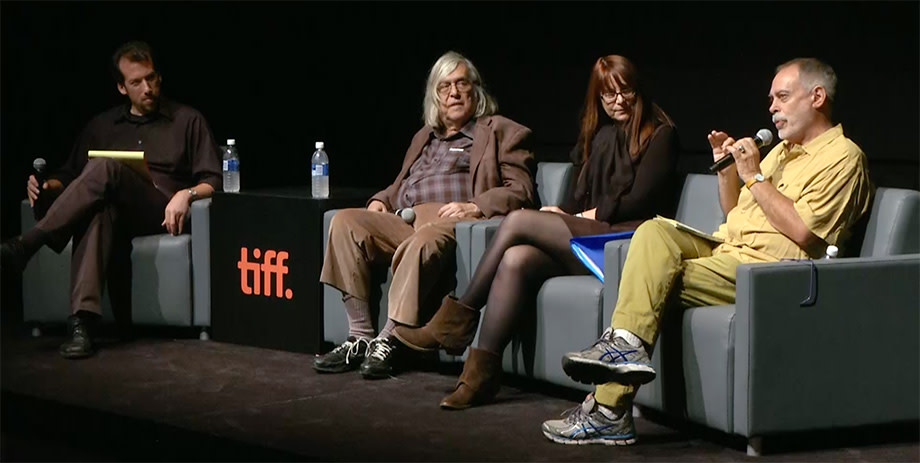 As part of TIFF Cinematheque’s Godard Forever: Part Two, the second half of a retrospective dedicated to the French New Wave master’s films and criticism, this roundtable discussion brought together leading scholars to discuss the legacy and distinct style of Godard’s later career. Issues considered included the critical response to late Godard, the aesthetic and political development of his post-Weekend (1967) work, and the controversial themes that have preoccupied him over the last decades.

Panelists included: Nicole Brenez, curator of the Cinémathèque française's avant-garde film series and Professor of Cinema Studies at the University of Paris 3-Sorbonne nouvelle; Murray Pomerance, Professor in the Department of Sociology and Director of the Media Studies Working Group at Ryerson University; and Jonathan Rosenbaum, author and former film critic for the Chicago Reader. The panel was moderated by Daniel Morgan, Associate Professor in the Department of Cinema and Media Studies at the University of Chicago.

This Higher Learning event was held on October 3, 2014 at TIFF Bell Lightbox.