A Tribute to Peter Harcourt 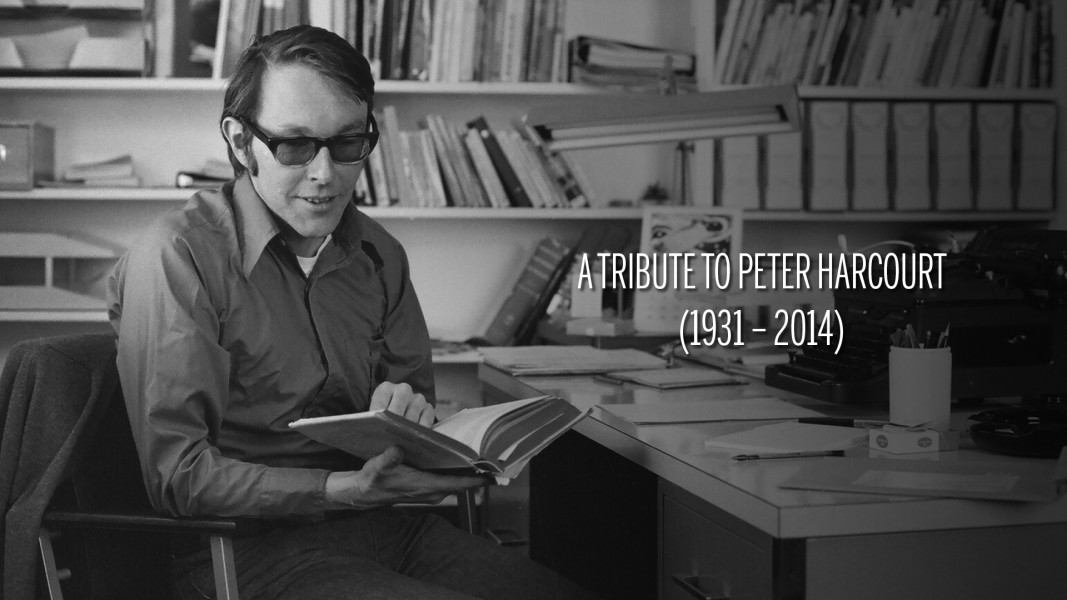 A Tribute to Peter Harcourt

This memorial event in celebration of the late Peter Harcourt, the founder of Canadian film studies, featured filmmakers and friends who described Harcourt's legacy and showed clips from films that he championed.

Peter Harcourt was the founder of Canadian film studies. Not only did he establish the first undergraduate film programme in the country at Queen's in 1967, he led the way in writing and teaching about our own cinema: his work on Unit B, Don Shebib, Jean Pierre Lefebvre and Bill MacGillivray (to name only a few) was groundbreaking. He was a mentor extraordinaire, and a provocateur. His influence was visible everywhere, in films and in organizations like the Film Studies Association of Canada, the Canadian Film Group, the Canadian Film Institute, and TIFF itself. In the early days of the Toronto International Film Festival, he assembled a series of beautifully curated programmes on Marcel Ophüls, Jean-Luc Godard, and the Canadian documentary, and he was one of the original programmers for Perspective Canada.

Peter's passing in July 2014 touched many people. This memorial event in celebration of his life featured filmmakers and friends close to Peter, who talked about his legacy and showed clips from films that he championed.

This event was held March 21, 2015 at TIFF Bell Lightbox and was hosted by TIFF Director and CEO Piers Handling.