When Sebastián Lelio’s A Fantastic Woman screened at the Toronto International Film Festival last September, it immediately began to generate buzz around the possibility that its star, the Chilean actor, singer, and model Daniela Vega, could be the first trans woman to be nominated for the Best Actress Academy Award. While Vega did not, in the event, receive an Oscar nod, the film itself garnered a nomination for Best Foreign Language Film, propelling its star and raison d’être (as revealed below) into the mainstream spotlight. 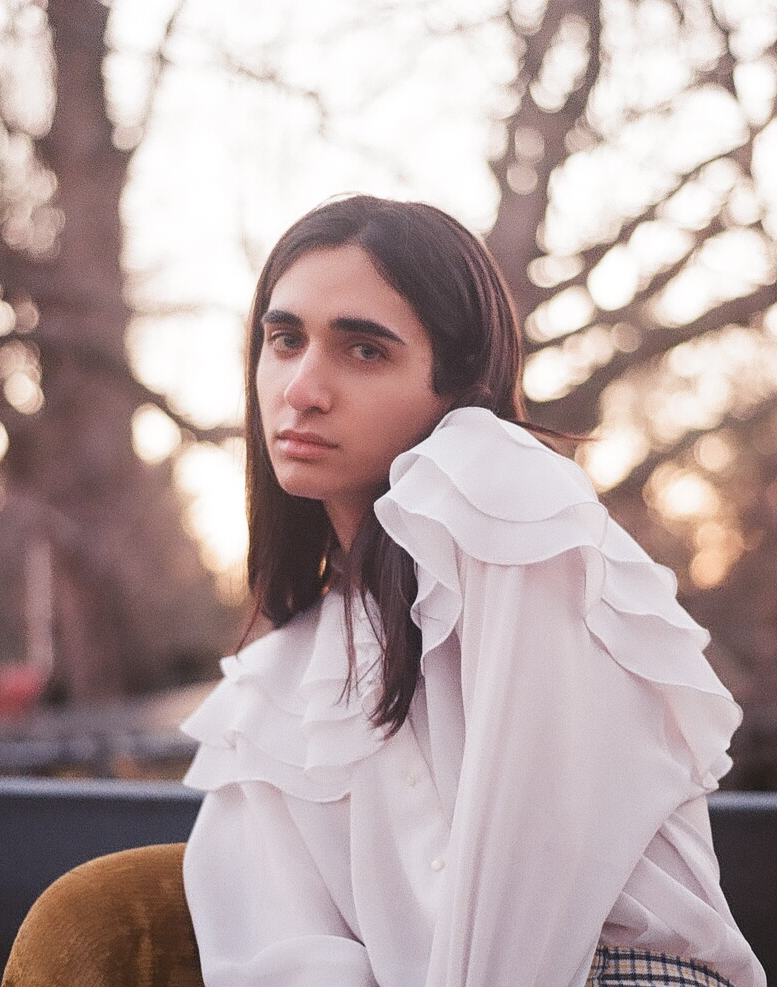 While attending the Festival with A Fantastic Woman last September, Vega sat down with Canadian trans filmmaker Luis De Filippis — whose short film For Nonna Anna screened in the Short Cuts programme before heading to the Sundance Film Festival in January — to talk about trans representation on screen and how simply being oneself can be a political act.

Luis de Filippis: So... I guess I just want to congratulate you. Because sitting in the cinema, it was just very empowering to see myself on screen in a way that you don’t usually see yourself. Usually [in films] we’re not depicted as powerful, and we don’t have any agency, and we’re not the main protagonist: we’re just a plot device, or we’re a tool, or we’re highly sexualized. So I just really loved your portrayal of a trans person and the trans experience, I just really felt it in my soul.

I know you’re a singer, and [yet] here you are giving the acting performance of your life. How did you get involved with the film?

Daniela Vega: Sebastián was researching what it was like to be a trans person in Chile, and a [mutual] friend suggested that we meet. We immediately became friends, and with the passing of time, he wrote a script and asked me to play the role.

LDF: So there was no audition process or anything? That’s amazing.

DV: He wrote the film for me.

LDF: I had a similar experience with my film: the characters were based on my aunt and friends that I had. [Sarcastically] Because it’s really hard to find trans actors in the first place.

DV: [Laughs] [So] you found the actress for the main character?

LDF: Yes, originally we had gone to the acting union here, ACTRA, and out of all the 25,000 actors they have, there were only two who were trans, or identified as trans. And they were both older than the actors that we needed.

DV: So the main actor in your movie is a transgender woman in real life?

LDF: Yeah, yeah. What we had to do was instead of holding auditions, we held acting workshops, like drama classes. And we just had people who wanted to act come in and have fun with us. And then I picked one girl that I thought was really great. 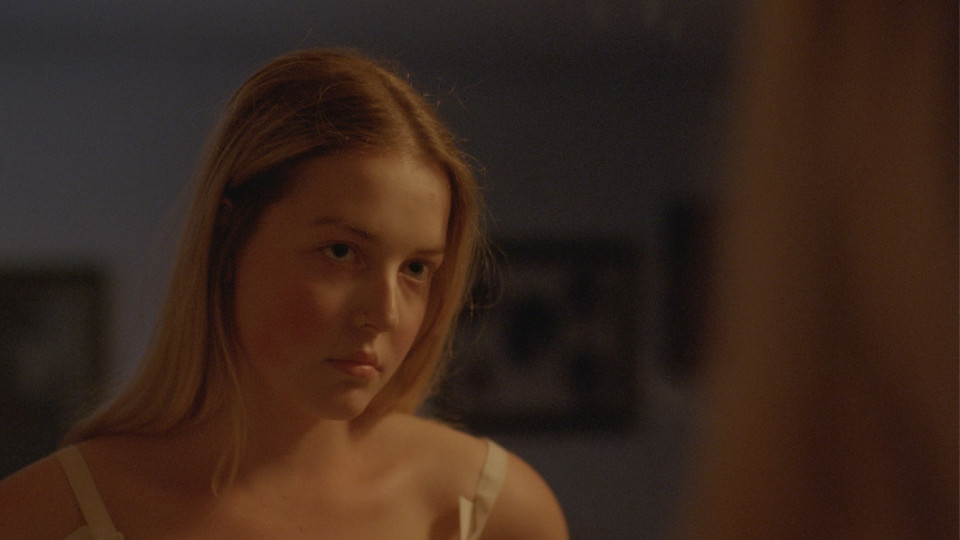 But okay — for me, watching [A Fantastic Woman], it was both empowering and also dysphoric. I found it extremely dysphoric when [the other characters were] referring to Marina by the wrong pronouns and calling her by her dead name. How was that for you?

DV: I feel like [I’m] shielded from that [at this point]. My personal transition was at the age of 13 — I was very, very young. So now, any sort of aggression toward me is [sic] few and far between, and those don’t bother me. I think with time, your skin hardens and you become stronger; you realize that it doesn’t matter. And I also realize that I occupy a distinct space that protects me. But I didn’t always, and I think that made me stronger, and made me want to get ahead.

LDF: So, in a way, do you think that when someone is aggressive towards you, it’s more a reflection of them? I’m thinking about that scene with Orlando’s son, when [he says], "I don’t even know what you are" — he doesn’t even know how to interact with you, and it’s almost his problem, rather than yours.

DV: Ignorance is a problem of the person who is ignorant towards somebody, not those who they are ignorant of.

LDF: I love that! So, you’re getting a lot of buzz right now about maybe being nominated for an Academy Award, which is amazing. But it’s also kind of sad that it’s taken this long [for a trans actor to be recognized in this way]. Mya Taylor got a lot of buzz for Tangerine, but she didn’t get nominated. And Anohni got nominated for her song “Manta Ray,” but then wasn’t invited to perform at the Academy Awards in 2016. It feels a little bit like there’s an erasure of trans experiences, but at the same time, they celebrate white cis men playing trans women. How do we combat that without being fatigued by it? 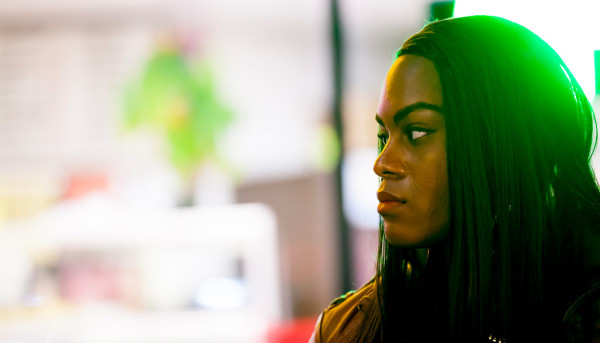 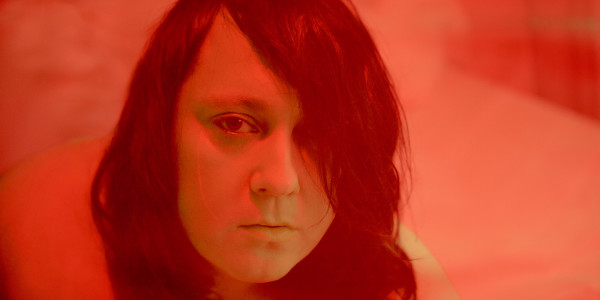 DV: We have to work more; that’s the only way. We can’t rest just because the press is negative, we have to continue working, and we have to work towards our personal goals, whatever they may be.

LDF: I believe very much in the idea that “existing is resisting.” Do you feel the same way — that just being yourself is a political act? By being in your own skin and being authentic to yourself, we are kind of activists, in a weird way.

LDF: How do you feel about your identity being synonymous with your job title? Because whenever there’s an article about you, it’s always “trans actress Daniela Vega,” it’s never just “actress.” Is that important to you, or do you hope that you get to a point where you can just be an actress, you don’t have to have that marker in front of your name?

DV: It doesn’t bother me much now. I think it contextualizes me to people who don’t know me. I think with fame, people don’t even need to say your last name. But really fame isn’t a goal of mine, I just want to continue working in music and acting; fame is just a consequence of that. It would be great to get to a point where labels aren’t necessary to define you.

LDF: Do you think in order to get to that point, we need labels at first?

DV: I think defining yourself helps you in not losing yourself, but once you’re found, I think labels become unnecessary.

LDF: So once you find yourself, the label acts as a benefit for someone else? For the public, or for the people who are looking up to you or looking for answers?

DV: I don’t think of myself as trans until other people remind me I’m trans. And my family doesn’t think of me as trans until people remind them. But since we live in a society, people define things. In order to grow, we need to promote diversity, and right now, it doesn’t bother me. I am proud to be trans, and if I were born again, I would like to be trans again because this is the body I know. This is the life that I know.

LDF: I feel exactly the same way. For a long time I just wanted to be a girl, but now I’ve gotten to a point where I’m actually very thankful and happy that I’m trans.

I wanted to ask you about your classical opera training, because I was classically trained in ballet. I originally went into ballet when I was very young, and I thought that it would help me with the dysphoria and that would be a way for me to express myself. But I actually found that it did the opposite, because ballet is very gendered: boys do one thing, girls do another thing; boys carry themselves in one way, girls in another way. Did you have the same experience with opera? 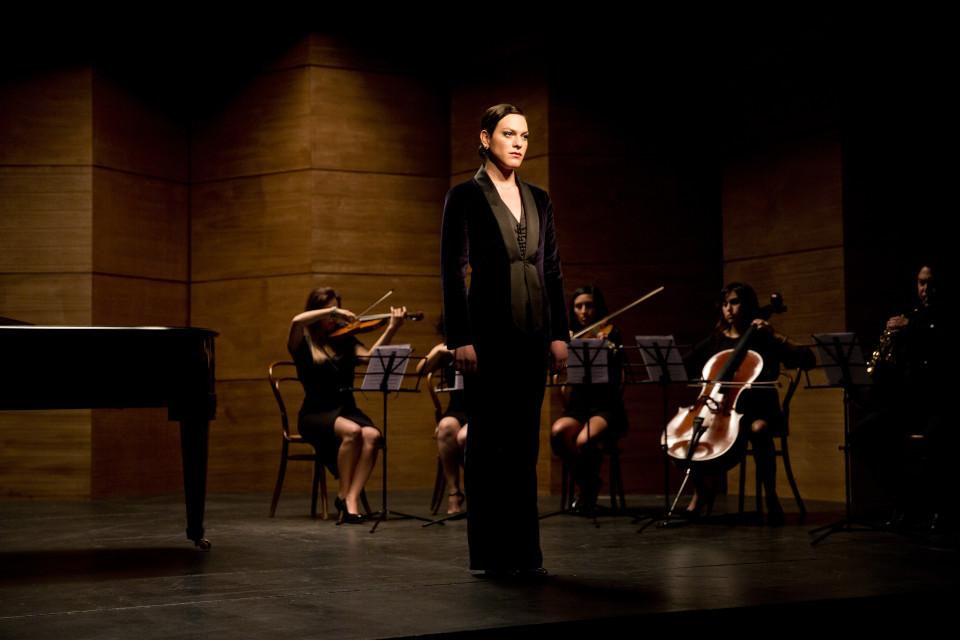 DV: I’ve never performed a complete opera in a theatre. There’s only one [opera theatre] in Chile, and it’s very conservative. So I never wanted to. If I had wanted to, I would’ve done it. Opera is very expensive the world over, it requires so many musicians, so I aim to take opera out of the theatre and take art out of the museums to reduce this element of class that makes opera seem difficult to understand, when it really isn’t. I really think everyone makes their own decisions in life. If the work you do has a firm line between what’s male and what’s female, then you have two options: one is to dissolve the line, and the other is to cross it. I feel I dissolved it.

LDF: Do you have any messages for trans youth and trans children who are very early in their stage of questioning their gender, who are trying to dissolve or cross that line?

DV: If you feel the need to transition or cross genders, do it as calmly as possible. Communicate it with love, so that you can receive love in return. This life is yours to do what you want with and you only have one chance, so you should step up to the challenge and see every challenge as an opportunity for conquest. Conquering the world is understanding it. Conquering your life is understanding your life.

Mya Taylor on Her Life in Acting