A Death Foretold: *Time to Die*

A Death Foretold: Time to Die 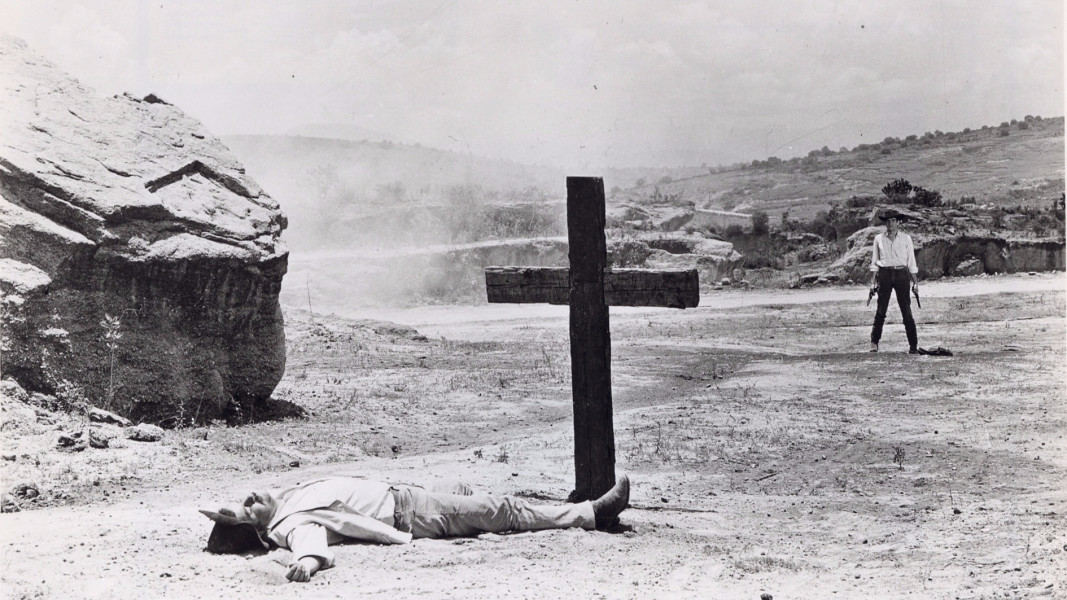 Mexican auteur Arturo Ripstein has frequently demonstrated his ability to transform lurid and tawdry tales of murder into visually stylish, blackly comic and strangely poetic cinema, whether recounting the gruesome career of “Lonely Hearts Killers” Ray Fernandez and Martha Beck in Deep Crimson (1996) or the sad and bizarre murders of fraternal little-people wrestlers La Parkita and Espectrito Jr. in Bleak Street (2015). As evidenced by Time to Die, Ripstein’s absorbing and under-seen feature debut — playing this Sunday in a recent digital restoration as part of TIFF Cinematheque Special Screenings — this talent has been with him from the very beginning of his career. 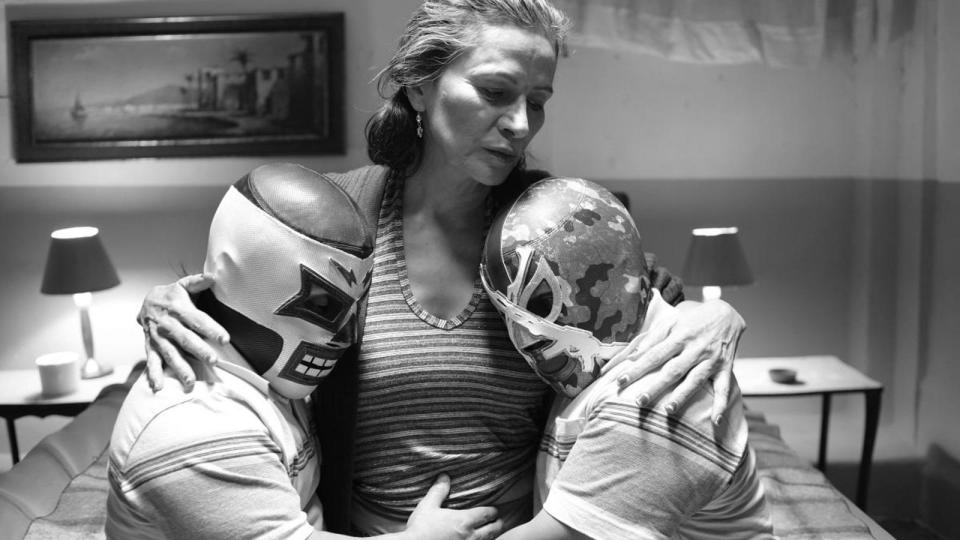 A fatalistic tale about the final (and futile) squaring of an old family feud, Time to Die was itself a family affair. The script, co-written by acclaimed novelists Carlos Fuentes and Gabriel García Márquez, was acquired by Ripstein’s producer father Alfredo (who had recently produced Luis Buñuel’s masterpiece The Exterminating Angel along with his son) to serve as Arturo’s directorial debut. While the elder Ripstein evidently wanted his son to try his hand at making a more-or-less straightforward south-of-the-border western, the junior Ripstein accomplished something far more fluid, indeterminate, and emotionally rich with the suggestive material provided him by Fuentes and Márquez. Gorgeously photographed in inky black and white (by Canadian-born Mexican cinematographer Alex Phillips, who shot Buñuel’s 1954 Robinson Crusoe), Time to Die is a self-referential, genre-skewering melodrama about how male codes of violence course through the bloodstream of those they infect, steering them from cradle to (early) grave.

Ripstein’s opening tracking shot introduces us to the film’s aging protagonist Juan Sayago (Jorge Martinez de Hoyos) as he hikes his way across an arid expanse, the camera silently accompanying him as he passes the hills, fences, rocks, and ominous wooden crosses that mark the way to his old hometown. Returning to his village after serving 18 years in prison for murder, Sayago wants little more than to get reacquainted with his horse, his dusty old saddle, and his long-suffering ex-fiancé Mariana (Marga Lopez). But while Juan considers his nearly two decades of imprisonment to be penance enough for his crime, the same cannot be said of his victim’s now-grown sons: the fresh-faced and likeable Pedro (Enrique Rocha) — who unknowingly befriends Juan in the local saloon before learning his identity — and the older Julian (Alfredo Leal), whose marginally better memory of the fate that befell their father now makes him utterly unyielding in his determination to settle Sayago's blood debt to his family. Refusing to countenance the brothers’ very different sense of justice, Sayago stubbornly attempt to settle back into his old habits and haunts, even as everyone who knows him cautions him to leave town while he’s still breathing. 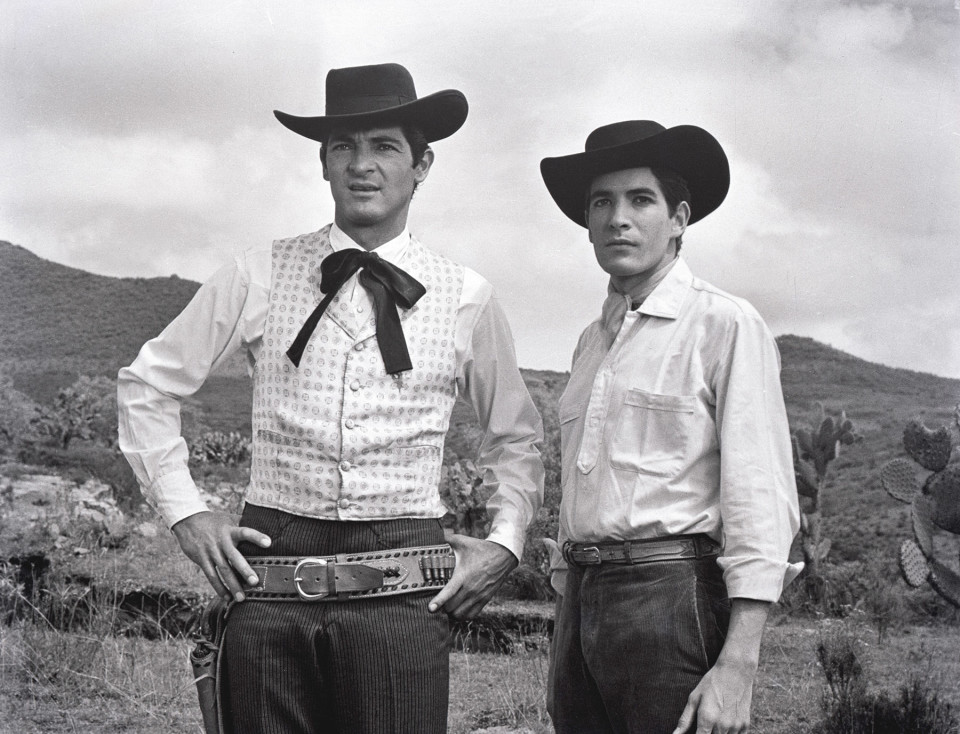 In its broad strokes, the film’s story reads like a dry run for Márquez’s famous 1981 novella Chronicle of a Death Foretold, which tells a similar tale of a pair of brothers violently paying back an insult visited upon their family in bygone days. The idiosyncratic stamp of the Colombian writer can also be detected in some of the script’s unexpectedly lyrical turns of phrase, and its attention to the strange peccadilloes of stubborn old men and the women who love (or at least tolerate) them: consider Julian’s quaint description of their quarry to his younger brother (advising Pedro to be on the lookout for “a stout man with small but lively eyes who speaks slowly”), or the lovely, incongruous details of how Sayago gently massages his knitting needles (the trace of a hobby he picked up in prison) or neatly unfolds his eyeglasses from their pouch with the care of an old gunslinger handling his weapon. There is also something distinctly Márquezian in the way that the film contrasts the almost mythical status that Sayago has taken on in the minds of the brothers with his diminutive physical form, as he squints through tiny glasses and cowers at the brothers’ threats of physical violence, despite his bullish reputation.

Ripstein’s minimalist style nicely suits the script’s sly undercutting of male mythmaking, even as it grants a surprisingly stately dignity to small-town people who spend most of their lives killing time in barrios and barber shops. His long takes follow characters as they cross both figurative and literal distances to either get to or away from one another, the handheld camera pivoting around them whenever they get close enough to warily circle each other in conversation. In other instances, Ripstein and DOP Phillips will position characters against the stark details of both natural and manmade landscapes, such as a deep-focus tableau wherein Pedro and his girlfriend flatten themselves against a wall at the back of the frame to spy on Sayago in the foreground. In formally impressive yet unobtrusive compositions such as these, Ripstein emphasizes his characters’ smallness against their physical environment, giving a visual context for their desire to aggrandize themselves through violent acts of dubious value. 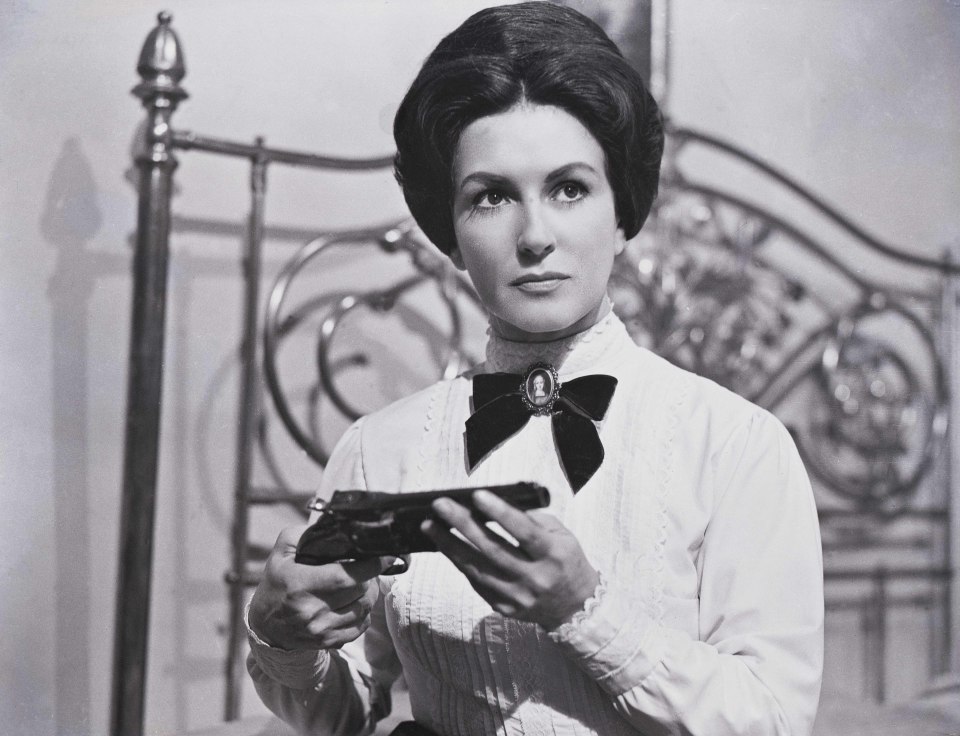 It is the tension, and disparity, between the men’s heroic mental images of their situation and the mundane and uncaring reality in which they enact those fantasies that allow Time to Die to transcend its familiar revenge-story setup. For all the reverent talk of omens, fate, and predetermined paths — “The opportunity will present itself,” Julian says of the supposedly cosmic eventuality of Sayago's impending murder at his hands, as if to absolve himself of his eventual guilt — these people are just as likely to dwell on the things they would rather be doing than fulfilling their destinies, whether it be knitting, riding or simply sitting peacefully one one’s front stoop. As the film approaches its appointed climax, the futility of both the brothers’ quest and Sayago’s refusal to leave a town that no longer holds anything for him becomes both comic and sad. One settles scores nobody else cares about in order to write a better story about oneself, Ripstein suggests with equal parts bemusement and pathos — even as one’s real story, minor but all the more authentic and textured for it, slips away.

The Spirit of the Beehive