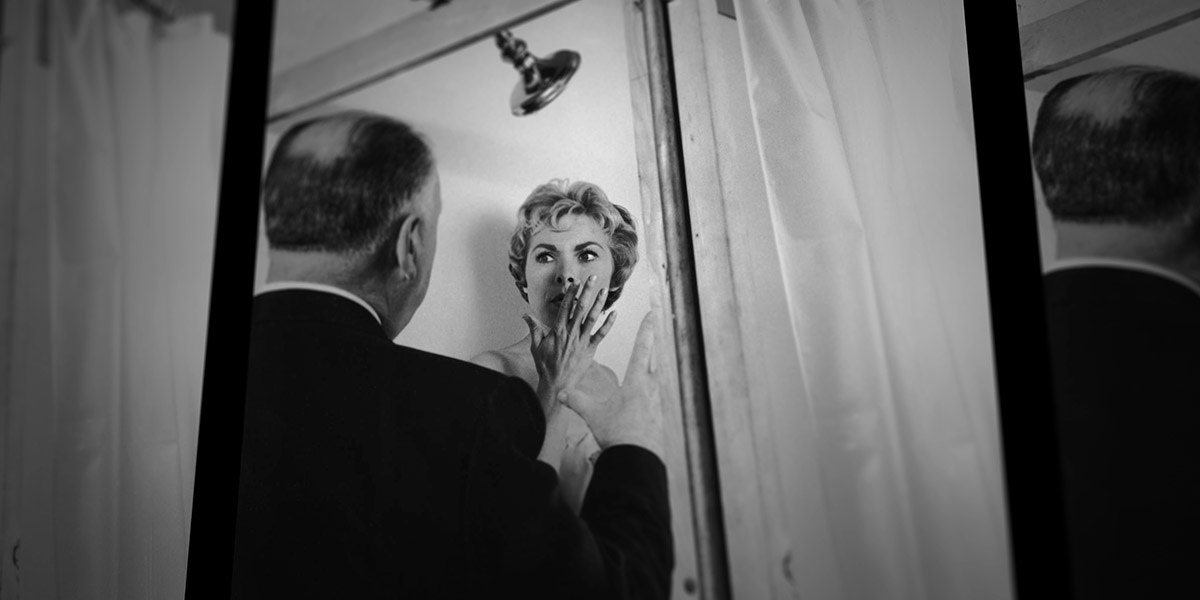 The shower scene in Psycho (1960) is old enough to retire, yet it remains one of the most timeless film sequences in history. Alfred Hitchcock’s shockwave of sex, death, and grim banality (Janet Leigh’s Marion Crane, set upon with a kitchen knife as she showers in a run-down motel after a long desert drive) broke at least two taboos by killing off the female lead before the second act, and showing a toilet in the frame as she dies. (Yes, it really is widely considered to be the first time a commode was photographed in an American movie.) A subsequent generation of thrillers, among them Brian De Palma’s Dressed to Kill and Wes Craven’s Scream, paid homage (Gus Van Sant went so far as to direct a shot-by-shot Psycho remake in 1998); and society grew accustomed to a slasher tradition ushered in by Hitchcock with the wave of a torn plastic curtain. While the critical analysis of Psycho could fill a library, there’s never been a film that has dedicated 90 minutes to the 78 shots and 52 cuts the Master of Suspense employed in changing the course of American cinema.

In his new documentary 78/52 (opening Friday, October 13 at TIFF Bell Lightbox), filmmaker Alexandre O. Philippe has created an accessible analysis of Psycho’s shower scene that recruits the likes of ’70s auteur Peter Bogdanovich, actor Elijah Wood (himself a latter-day onscreen psychokiller, via the 2012 remake of 1980's Maniac), and Janet Leigh’s body double Marli Renfro to share their insights — lurid, nerdy, or both. Whether you’re a hardcore cineaste or a casual IMDB-scroller, 78/52 offers a cogent film-grammar unpacking of Hitchcock’s craft, as well as entertaining behind-the-scenes details. We spoke to Philippe this past spring, while he was in Toronto for 78/52’s premiere at Hot Docs, about what attracted him to the project, Hitchcock’s dark view of morality, and how the master’s films mirror one another.

__You’ve previously made documentaries about the cultural impact of Star Wars and Dawn of the Dead. What was the inspiration to make a film about Hitchcock? __

Making a film about Hitchcock was, for me, the ultimate. He's the greatest filmmaker, as far as I'm concerned. I've been studying his films pretty much my whole life; they're an endless source of inspiration. The shower scene is, without a doubt, the most discussed, written about, and analyzed scene in the history of movies, yet I feel it is the scene we know the least about. It had so many mysteries and secrets that deserved a cinematic treatment.

I wanted to make a film that was going to be accessible and hopefully enjoyable to people who may not have actually watched Psycho. One of my great joys as I'm touring with the film is asking the audience at every single screening: “Has anyone in the house not seen Psycho yet?" There's always a few hands that go up. That makes me very happy because it means there’s a curiosity about Hitchcock and a really iconic moment in cinema that people want to know about.

Your film argues that the shower scene in Psycho changed the formal language of cinema forever. How did it accomplish that?

Oh man, where do I begin? There's no question this scene had a tremendous effect, both positively and negatively, on cinema and culture. We're still having this conversation 60 years later.

It's inarguable that the climax of the film is the shower scene. It's not just that Hitchcock made the choice to remove the protagonist and her story goal 45 minutes into the film, but that he ended the film there. Having the high point of Psycho at that moment means, just by design, you have to go down from there. It's an extraordinarily bold choice to make. I think that's why audiences were so completely freaked out because they had no frame of reference for something like this. Janet Leigh disappears and is seemingly dead — and if she's seemingly dead, this must be a trick. Maybe we're in a dream, maybe there's something going on, but she's going to come back.

In a way, Hitchcock had prepared us for that. In Vertigo, he doesn't kill Kim Novak’s character once, he kills her twice. There's so many remarkable things about Hitch, but for me, it’s the fact that the narrative choices he made were 20, 30 years ahead of his time.

For your documentary you recruited the likes of Guillermo del Toro and Bob Murawski, the editor of Spiderman to discuss the scene. How did you assemble this assortment of film experts?

It was very important for me to include filmmakers who have been around for a long time, like Walter Mirisch and Peter Bogdanovich. Then I wanted established ones like Guillermo del Toro, as well as a newer wave of filmmakers. I didn't want to set that scene in amber because, 57 years later, it remains powerful and contemporary. With documentaries, I tend to look for characters, people who can bring a certain kind of levity. I don't think Hitchcock would've appreciated a film about his shower scene that didn't have any tongue-in-cheek moments. So we have these moments of levity in the conversation. I love when Bob Murawski says, "I'm tortured about that mushroom head!" because he thinks [the close-up of the killer] is a lame shot. It's really great these people were so truthful and straightforward.

You spend a considerable amount of time breaking down the scene shot-by-shot. There’s also a great analysis, not only of Hitchcock’s framing choices, but of his shot composition, his editing patterns, and how the sound design and Bernard Herrmann's score operate within the scene. As a filmmaker, do you think the shower scene also set a new standard for storytelling, in terms of how subjectivity in cinema could be explored?

Some of the filmmaker’s work [that followed Psycho] was great, and some not-so-great. It opened up a Pandora's Box. You have an overdose of slasher cinema following Psycho, and it very quickly gets to the point of diminishing returns. Now it’s “okay, we have to show more nudity, we have to show more blood, more violence.” The shower scene is actually so restrained in a way where you don't really see anything. I wish filmmakers did a little bit more of that nowadays.

The tragic thing about Psycho is that just as Marion Crane decides to return the money she stole, to gain salvation — this beautiful symbolism of washing away her sins — she gets her comeuppance. Are Hitchcock's films always about this kind of steadfast, Catholic moralism?

I think Hitchcock had a very dark view of the world. Back in the day, a movie was always about a character’s moral decision where they learn something to transcend his or her story goal. Well, not with Marion Crane. Psycho is almost a cautionary tale and what he’s really saying is, “Don’t buy into this Hollywood fabrication where just because you make the right moral decision, you’re going to be okay.” Sadly, that's not the way the world works.

Why do you think Hitchcock’s work endures? Why do so many filmmakers always return to his work to study his mastery of the craft?

Nobody was as aware of their craft, in thinking about every aspect of filmmaking, the way Hitchcock was. It's not just that he did it, film after film after film — it's that he did it within the context of an entire body of work. I think Hitchcock’s films become transcendent when you start to realize how some of his motifs become mirror images of the other ones. His films start essentially having a dialogue with each other; the way certain films are set up, or foreshadowed, by the others. Very few people think about their life's work as something that's really connected. I think it took us a long time to realize that the deeper you go with his work, the more you can find. It's almost this bottomless pit of genius. It's no surprise to me he's being celebrated more and more, because it's wildly acknowledged that it just doesn't get any better.

How did you track down Marli Renfro, Leigh’s body double? It seems like a whole other documentary could be made about her!

I posted a request looking for interview subjects on the blog for the association of American Cinema Editors. One editor contacted me to ask, “Did you interview Marli Renfro?” I thought she was dead. There's a whole story behind that as well. 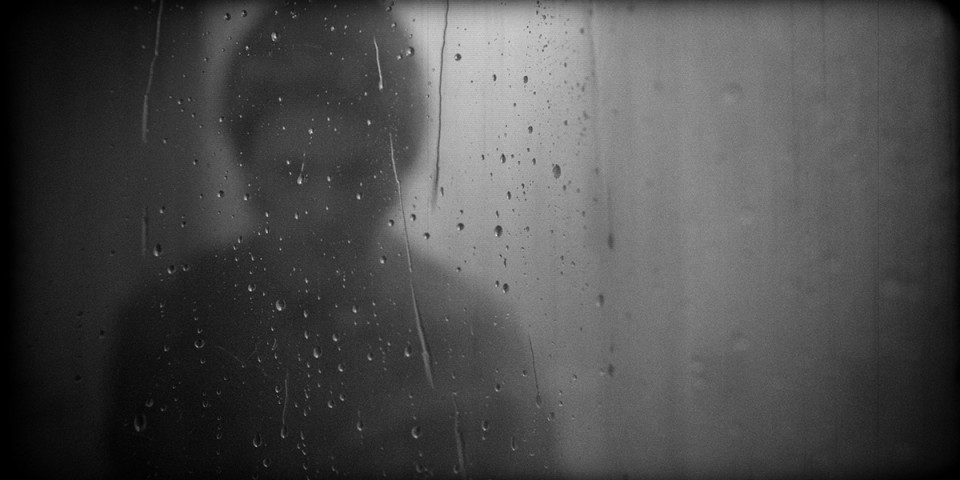 What do you mean?

Well, somebody killed another woman, thinking she was the body double in Psycho. [Myra Davis, Leigh’s lighting stand-in in the film, was murdered in 1988 by a neighbour who was reportedly obsessed with Psycho and confused Davis with Renfro; some media stories on the murder also conflated the two women, leading to an oft-repeated myth about the fate of the shower-scene double.] There’s a book about it called The Girl in Alfred Hitchcock’s Shower. It's written by Robert Graysmith, who also wrote Zodiac, which was the source material for the David Fincher film.

It's a true story. So I responded to the editor, “I thought she was dead.” I hadn’t even thought about pursuing her. He said, “No, she's alive, my contact would be happy to put her in touch with you.” I'm very thankful he did because Marli was actually our very first interview for the film. She came to Sundance for our premiere, and it was very special to have her there. But there are so many forgotten heroes in that scene: Joseph Stefano, the screenwriter, Hitchcock’s editor George Tomasini….

Sorry, I’m still a little thrown about the killer inspired by the film. Did you ever ask Marli about the confusion around the real-life murder?

No, because I felt like all that stuff would start to get outside of the realm of the shower scene. It’s connected, of course, but you have to focus on a story that's already huge and keep it to 90 minutes. There are just some things I couldn't do. Maybe someday, I'll revisit it. I'm definitely not done with the shower scene.