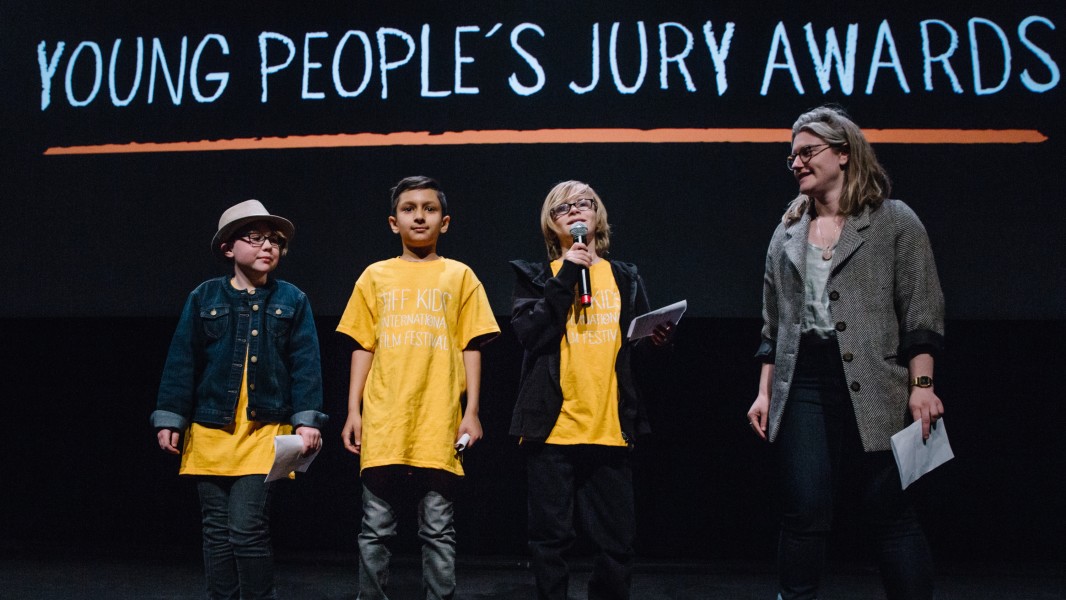 20 Years of the TIFF Kids Festival

Programmers share the story behind TIFF’s premier event for children

Or, to quote Jane:

“How the hell did it get to be the 20th anniversary? When we started this event, we never dreamed that it would live on for 20 years. That idea was insane, you know?”

Let’s flash back to 1997, a time when the internet was still in its toddlerhood, Blockbuster was the Netflix of its time, and Pixar’s Toy Story (released in 1995) had only recently updated the notion that a mainstream feature for children could be as sophisticated and intelligent as those for adults.

Schoettle had met Cass Cozzens, TIFF senior programmer James Quandt’s sister (the producer/director for a theatre for young audiences in Saskatoon, where Schoettle hails from), who had suggested that the children’s film festival idea might be up the organization’s alley. After being invited to be on the jury for the Berlin Kinder Festival (the kid-friendly subset of the Berlin Film Festival, now called Generation), Schoettle pitched TIFF on a festival with four guiding principles.

“The first was something that we’re still talking about today, which is that every child has the right to see themselves represented on screen,” she says. “The second was that, as Cinematheque Ontario and the Toronto International Film Festival serviced adult filmgoers, maybe TIFF should consider raising the next generation of cinemagoers. The third was that our children’s festival should reflect the evolving cultural demographic of the city we live in, which was happening at a very accelerated rate 20 years ago. I wanted a kid to give a little nudge to his buddy in class as they watched a film from Sri Lanka, Kenya, or Singapore who could say, ‘Hey, that's where my family's from.’

“And, lastly: if we created an event aimed at young audiences, it would truly fulfill our mission statement of believing in the transformational power of film.”

TIFF loved the idea, but it needed a name.

“I was trying to think of a name that was fun but dignified, that would also reflect film,” recounts Schoettle. “My former sister-in-law said: ‘Well, what about Sprockets?’ And Sprockets it was.”

Schoettle describes the first few years of Sprockets as a battle, in which the small festival had to fight for every inch of ground they gained. The demographic itself proved a difficult challenge, since the core audience of three- to 13-year-olds would all eventually outgrow the festival.

“We were constantly having to replenish [our audience], which is how we began to see that preteen and teen audiences deserved their own event (TIFF Next Wave). The strength of the festival was that we had to be extremely responsive to our audience because it constantly needed to be renewed, recaptured, and engaged.”

Thus began a worldwide search for programming, outside the usual Hollywood and VHS fare at the time.

“I learned a lot about where the centres of strong filmmaking were for young audiences,” says Schoettle. “I discovered that Scandinavia, particularly Denmark and Sweden, and to some degree Iceland, Finland, and Norway, as a region committed to making high-quality family films. The Netherlands were also a tremendous source for us.”

Schoettle describes the ethos of Sprockets as a “pie in the face” to the idea that programming for children could be “just good enough.”

“If we were going to make our mark, we needed to broaden the idea of what was appropriate for children, because children are pretty sophisticated, children are pretty smart, and children can smell BS and fakery from a mile away. So we brought in all kinds of animation without dialogue, all kinds of feature-length films that were maybe not originally intended for young audiences but were completely appropriate for them. It was very challenging, but tons of fun.”

Jumping off the first principle that children need to see themselves on screen were several unique opportunities for young people to learn more about the craft of moviemaking. Schoettle fondly remembers a foley workshop taught by Jane Tattersall (of Tattersall Sound and Picture), and a “bug wrangling” seminar spearheaded by the man who helped to direct insects and lizards in a series of popular Telus commercials at the time. 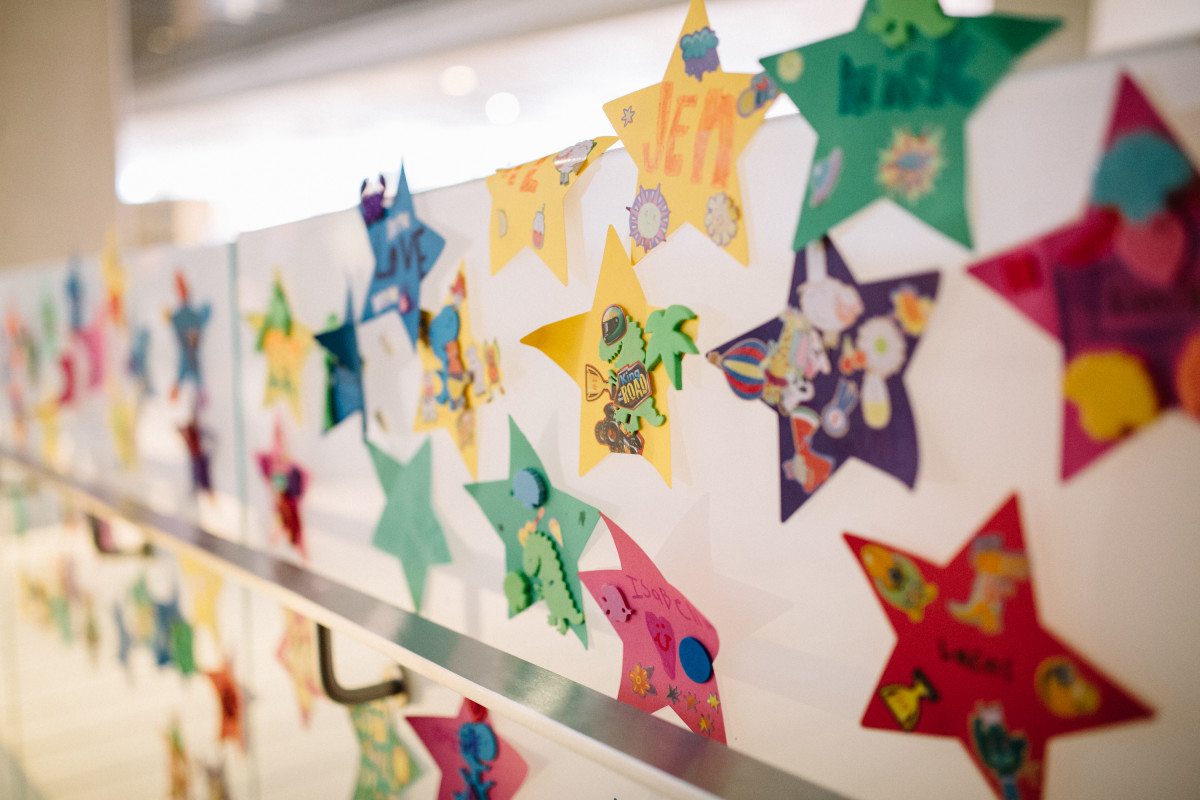 The Jump Cuts Young Filmmakers Showcase, which was conceived by Sprockets’ co-programmer Allen Braude and continues today, is a juried programme where youth could submit their own movies. In keeping with the spirit of the event, TIFF Kids appoints children to its jury. Schoettle also recounts a series in which prominent filmmakers were invited to talk about the film that most influenced them as a child.

“I remember, very vividly, we had invited Clement Virgo to be a part of this,” she says. “He chose To Kill a Mockingbird. He so badly wanted to share this experience that he had purchased multiple copies of the book and started handing them out to the kids in the audience. It was a moving, powerful screening that I won’t ever forget.”

As so many young audience members were watching theatrical screenings for the first time, Schoettle wanted to make the experience to be as immersive as possible. When TIFF Kids screened movies with subtitles, they hired local actors to read the words on the screen aloud (a tradition continued to this day). This spirit of inclusivity also manifested itself in the TIFF Pocket Fund, designed to raise funds to invite students from under-served communities into TIFF to watch a movie.

Leading TIFF Kids into the 21st century is Elizabeth Muskala, who started working with Schoettle at Sprockets five years into the festival, and has been festival director and lead programmer since 2007. Schoettle calls Muskala “a guiding spirit,” who built on her foundation to take TIFF Kids to its next level. Muskala considers Schoettle a mentor.

“TIFF is big, exciting, and it’s a lot of fun,” says Muskala. “But what really struck me was the young people coming through Sprockets, whether with their parents or a school group, who were impacted by cinema.” She remains fascinated by the unique ways in which children watch film and respond to them.

“To be completely honest, I’ve done Q&As with both children and adults, and I will say that children, by far, have the most direct and smartest questions. It’s been an incredibly rewarding experience to see what young people think about film, what they're interested in and curious about. I always stand at the back of the cinema for the first 10 to 15 minutes, just to see what their reaction is. There are kids who laugh out loud, kids who talk to their parents for the entire film, depending on how old they are, asking questions. It’s an amazing, shared experience, which is what makes this festival so impactful.”

Further extending its reach, TIFF Kids now has an industry conference, with Canada cemented as a leader in children’s television programming and animation. (This year’s Breakfast at TIFF event, featuring representatives from Entertainment One and Telefilm, poses the thematic question, “Where are Canadian children’s films on the big screen?”) This year’s lineup of 165 films, the biggest in TIFF Kids history, represents nearly a halfway split between male and female directors. The programming spans Hollywood animated films (Rock Dog, Smurfs: The Lost Village), classic Canadian treasures (among them Anne of Green Gables, a curated programme of shorts entitled The Good Ol’ Hockey Game, which are also part of TIFF’s ongoing Canada on Screen series marking Canada’s 150th anniversary), and everything from a short documentary profiling young New York jazz drummer Kojo Odu Roney (KOJO: A Short Documentary, with Roney in attendance for a live performance), to a Swedish horror film for children (Room 213 — which is actually quite scary, if age appropriate).

Ongoing issues in the broader cultural conversation (immigration, mental health, fractured families) are also carried through this year’s programming, proving that movies for children also need to be relevant to what kids experience in their daily lives.

“A lot of what is happening in the world, we’re seeing addressed in children’s films,” says Muskala. “This year features immigration, social justice, and empathy. Many international films deal with the loss of a parent and grief, but also adversity and perseverance. Children’s programming is a microcosm of what you see happening in the world.”

Both Muskala and Schoettle agree creating those formative experiences for young moviegoers is a big part of what makes TIFF Kids so worthwhile.

“Think about your first film experience, the first time you were in a cinema, the first time you saw subtitles on a screen,” says Muskala. “A lot of those first experiences are happening at TIFF Kids. When you see a three-year-old who needs a booster seat, yet they’re carrying a bag of popcorn into a cinema for the first time to go see a shorts program, it’s pretty remarkable.”

Says Schoettle: “The appetite for engaging and challenging stories hasn’t changed in 20 years. Children bring an openness and a freshness to watching movies. They want to interact with what's happening on screen, they want emotion. They want a story to reach them, and they want to reach back.”