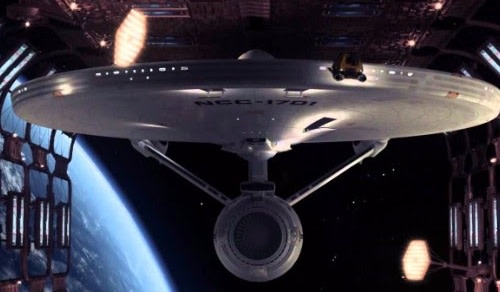 Over at TIFF Bell Lightbox, our 50 Years of Star Trek programme is still going strong. From Star Trek VI: The Undiscovered Country (playing November 20), which reunited Wrath of Khan director Nicholas Meyer with an embittered Klingon-hating Captain Kirk to the latest edition of the franchise, Star Trek: Beyond (December 21), fans can engage with a half-century of Trekkie output.

On December 5, NASA explorer Mae Jemison, who was the first astronaut to appear on Star Trek, delivers a keynote speech on how science-fiction can carve out a space for marginalized groups and voices. For example, the interstellar franchise holds the honour of airing the first-ever interracial kiss between Uhura and Kirk during the episode "Plato's Stepchildren." Taken from our official pre-show, here's 20 real-life facts that you might not know about Star Trek.

1. Zachary Quinto, who plays Spock in the rebooted Star Trek films, reportedly couldn’t make the “Live Long and Prosper” gesture with his hand. He had to have his fingers glued together to form the famous Vulcan salute.

2. Leonard Nimoy not only came up with the hand symbol for “Live Long and Prosper,” but also improvised the Vulcan nerve pinch.

3. Captain Kirk never actually said “Beam me up, Scotty.” The closest he ever got to that catchphrase was “Scotty, beam me up.”

4. The original teaser trailer for Star Trek: The Motion Picture was narrated by Orson Welles. He reportedly hated saying director Robert Wise’s name — due to a grudge dating back to when Wise edited Welles’ The Magnificent Ambersons nearly four decades earlier.

5. Leonard Nimoy’s Spock almost didn’t get past US censors: they thought he seemed too demonic and wanted the character cut from the show.

6. When Nichelle Nichols (Uhura) wanted to quit the show after its first season, Star Trek fan Martin Luther King Jr. talked her into staying. He felt her character was an important symbol of equality for the future.

7. The first Klingon words were dreamed up on the Original Series by actor James Doohan (Scotty).

8. William Shatner said in a 2008 interview that he’s never watched *Star Trek* — tricky, considering he directed Star Trek V: The Final Frontier. “When I direct and have to look at filmed scenes of myself, I suck,” he was quoted as saying on his own video blog.

9. The transporter was dreamed up because it was too costly to create images of spaceships landing on planets. The teleportation effect was made using glitter stirred in water, backlit, and filmed upside down. 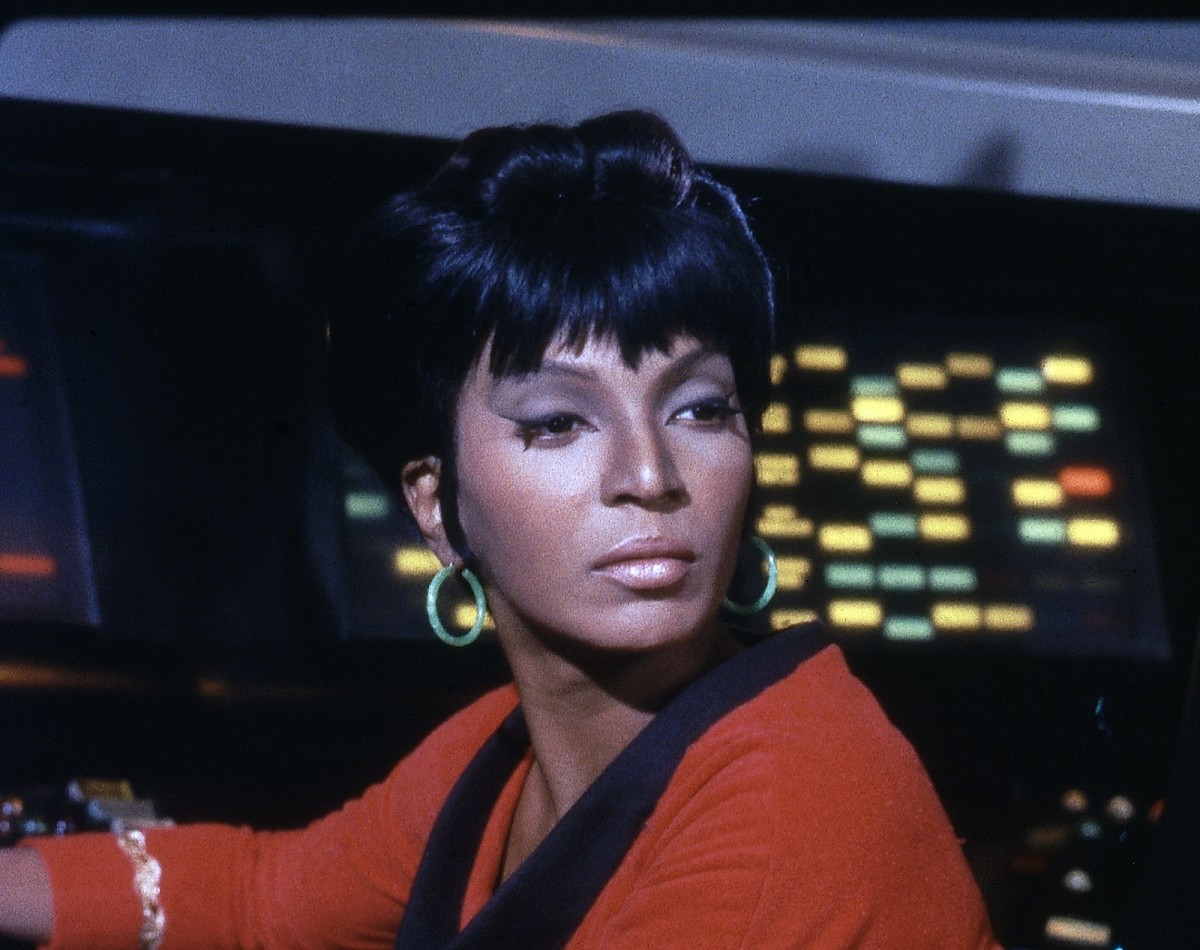 11. Patrick Stewart was so convinced that Star Trek: The Next Generation would fail, he didn’t unpack his suitcases for the first six weeks of shooting.

12. A big fan of Uhura in her youth, Whoopi Goldberg requested to be cast on TNG. She was cast as Guinan, the bartender at Ten Forward, because she couldn’t appear in every episode due to her film career.

13. There are tubes in the hallways of the U.S.S. Enterprise marked “GNDN” that are designed to look like electronic and lighting controls. GNDN stands for “Goes nowhere, does nothing.”

14. Spock is the only character to appear in all 80 episodes of the Original Series.

15. Lieutenant Worf’s original forehead was stolen from the set of TNG, which is why it looks different after Season 1. 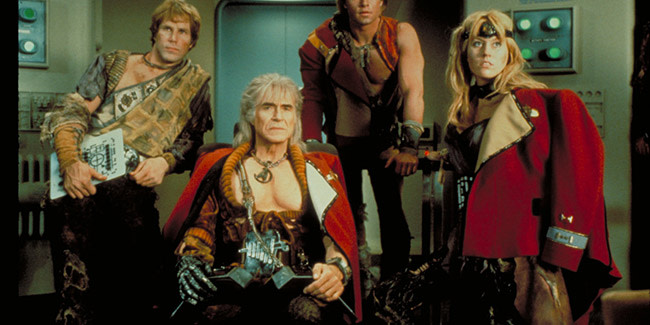 17. In the 2009 movie reboot, the sound of the doors opening on the Enterprise is actually the sound of a Russian train’s toilet flushing.

19. It would take two weeks to watch every single Star Trek television episode and film.

20. Famed cosmologist and physicist Stephen Hawking once made a cameo appearance on Star Trek: The Next Generation. According to reports, he paused in front of the warp core set piece, quipping “I’m working on that.”