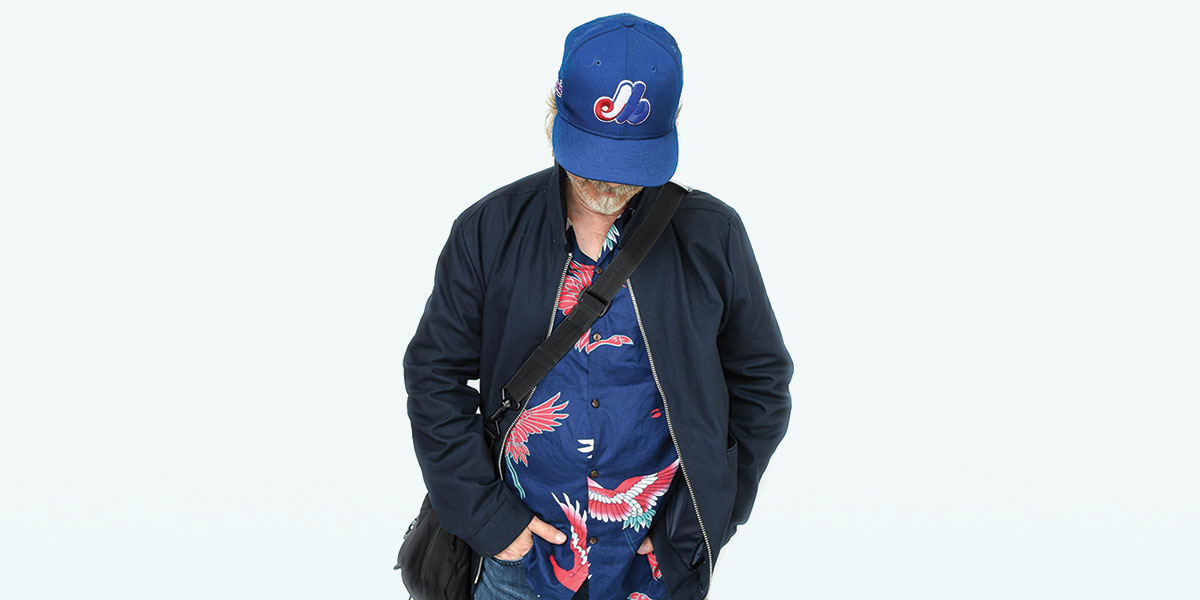 TORONTO — TIFF is proud to celebrate and acknowledge the extraordinary career and contribution of TIFF Senior Programmer Steve Gravestock, who has decided to retire from TIFF at the end of 2022. For 25 years, Steve revolutionized curation for TIFF Cinematheque audiences, developed generations of Nordic film lovers, and championed Canadian films through Canada’s Top Ten. Over his time at TIFF, Steve has made an impact not only in the world of film but also on the people he interacted with throughout his tenure. From filmmakers to fellow programmers, Steve leaves behind a true legacy at TIFF.

“Steve Gravestock is one of a kind and that’s why we love him,” said Cameron Bailey, TIFF CEO. “His knowledge of both Canadian and Nordic cinema is unsurpassed, as is his commitment to filmmakers. Over the past 25 years, Steve’s selections for the Festival have amplified the early work of Ruben Östlund, Susanne Bier, Joachim Trier, Alanis Obomsawin, Denis Villeneuve, and dozens of other filmmakers long before they were more widely lauded. In addition, Steve’s critical writing, his Cinematheque screenings, and his stewardship of TIFF’s annual Canada’s Top Ten have illuminated cinema’s northern hemisphere like no one else has. As we celebrate Steve’s nearly three decades with TIFF, we salute both his unerring eye and his entirely unfiltered opinions on films. He will always be an inspiration.”

As a Senior Programmer at TIFF, Steve oversaw the organization’s Canadian programming initiatives, including the Canada’s Top Ten film selection and the year-round See the North programme, a free showcase of homegrown classics. As a programmer for the Festival, he has selected Canadian feature films since 2004 and was responsible for selections from the Nordic Region. Previously, he programmed films from the Philippines, India, Australia, and the Netherlands. In 2001, he organized and programmed a national spotlight on Nordic films at the Festival and programmed Nordic features for TIFF after that. Many of the films he has programmed have been nominated for Academy Awards, including Petter Næss’s Elling, Mikael Håfström’s Evil, Denis Villeneuve’s Incendies, Philippe Falardeau’s Monsieur Lazhar, Susanne Bier’s In a Better World — which won the Oscar for Best Foreign Language Film in 2011 — and Joachim Trier’s The Worst Person In The World.

Of his time at TIFF, Steve said: “One of the first times I ventured into Toronto on my own from the suburbs was to see Jean-Luc Godard present À bout de souffle at the Festival of Festivals in 1978. I remember someone in the audience asked Godard what the meaning of life was and the programmer quipped that he was Godard, not God. I was at the back of the balcony at the Bloor Cinema, so I couldn’t really tell who the programmer was. I had no idea what a programmer was, or what they did, but to me it seemed like the coolest, most fun job imaginable. And so it was — more than I could have imagined. I got to travel Canada and the world, see a ton of great movies, meet some amazing artists, publish books, walk through volcanic ash, see geysers, and eat free cheese with the elite of Canadian cinema.”

As previously announced, Anita Lee, TIFF’s new Chief Programming Officer, along with Kelly Boutsalis, Associate International Programmer, Canadian Features, and Ravi Srinivasan, Senior Manager, Festival Programming, will continue TIFF’s commitment to celebrating and elevating Canadian programming. Following Steve’s departure, TIFF will reveal details about a carte blanche series — a selection of films that are of personal significance to Steve — that he is set to program for TIFF Bell Lightbox in 2023.

“Over the last 25 or so years, I have worked with some incredible people,” said Steve. “I was lucky to have great bosses like Cameron Bailey and talented and dedicated colleagues, especially in the Canadian programming department. It was always a thrill to see Canadian filmmakers — from every corner of the country — bring our stories to the screen. I was fortunate enough to work closely with great people around the globe, especially in the Nordic regions, where the film institutes and funds made programming there a great pleasure and privilege, and was always honoured by the faith filmmakers put in us, showing us their films first and trusting TIFF to launch them in to the world — a remarkably easy assignment since Toronto audiences have always been diverse, curious, informed (often better than me), exacting, and always enthusiastic, even on the final Friday of the Festival. A special shout-out to the colleagues I worked with the longest: Agata Smoluch Del Sorbo, Lisa Haller, and Magali Simard, who always made the job fun.”

Steve has also overseen TIFF’s series of monographs on Canadian films, in partnership with the University of Toronto Press. In 2005 he programmed the Canadian retrospective on Toronto filmmaker Don Owen, as well as Dialogues, an interview series that ran at the Festival for nearly a decade and included the participation of industry professionals such as John Sayles, Friðrik Þór Friðriksson, Sally Potter, Tim Roth, John Waters, Sylvia Chang, and Guy Maddin.

Steve has written extensively on cinema for many publications, including the Toronto Star, POV Magazine, NOW Magazine, and Cinema Scope, having interviewed over 100 directors ranging from Abel Ferrara to Krzysztof Kieślowski. He has also written the programme notes for numerous TIFF Cinematheque series, including spotlights on Edward Yang, G.W. Pabst, Glenn Gould, Lillian Gish, Bruce McDonald, the Vancouver New Wave, and the Toronto on Film series, and a retrospective of films celebrating the 40th anniversary of the Directors’ Fortnight at Cannes. Steve’s essay on Bruce McDonald was published in the anthology North of Everything. His book Don Owen: Notes on a Filmmaker and His Culture was published by TIFF in 2005, and distributed by Wilfrid Laurier University Press and Indiana University Press. He contributed to and co-edited (with Kate Lawrie) Geoff Pevere’s influential Toronto on Film. His book on Icelandic cinema, A History of Icelandic Film (edited by Andrew Tracy), was published in late 2019. It is distributed by Wilfrid Laurier University Press in Canada and Indiana University Press in the United States.