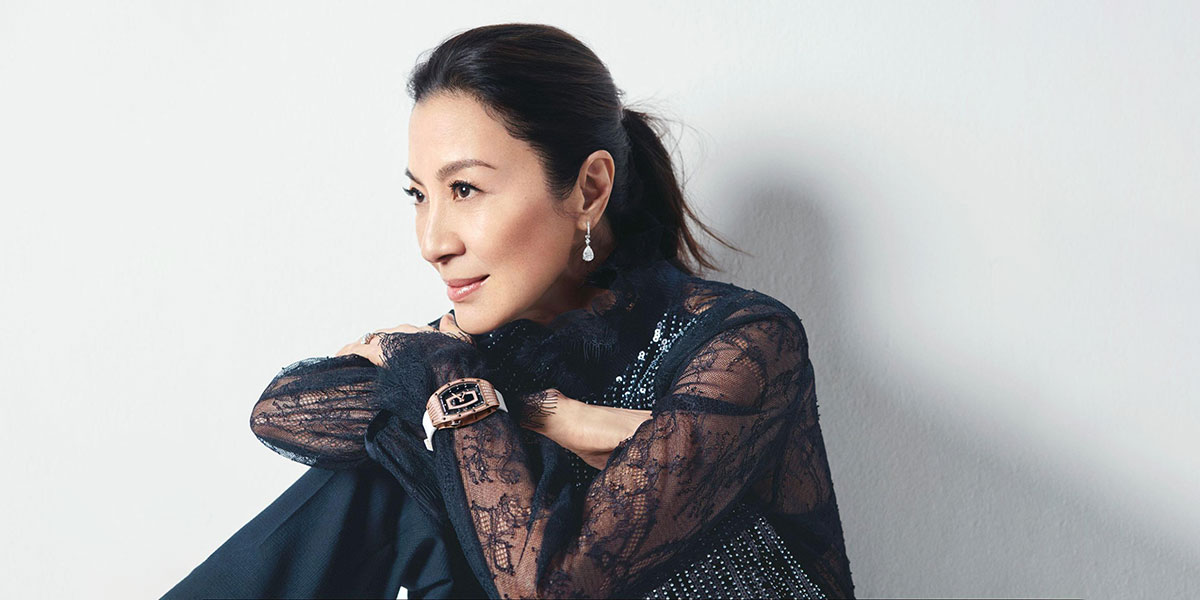 TORONTO — Cameron Bailey, CEO of TIFF, is delighted to announce that celebrated actor Michelle Yeoh will receive the inaugural TIFF Share Her Journey Groundbreaker Award presented by BVLGARI. The TIFF Tribute Awards presented by BVLGARI will return to an in-person gala fundraiser during the 47th edition of the Toronto International Film Festival on Sunday, September 11 at Fairmont Royal York Hotel.

"Michelle Yeoh is the definition of groundbreaking," said Cameron Bailey, TIFF CEO. “Her screen work has spanned continents, genres and decades. This year she delivered a performance in Everything Everywhere All at Once that shows her limitless abilities. We're so proud to honour her with the Share Her Journey Groundbreaker Award.

Spanning a nearly 40-year career, Yeoh is one of the most accomplished and versatile actors in the world. She has broken barriers and inspired generations of audiences with her performances, including her most recent lead role in the hit Everything Everywhere All at Once, as well as Crouching Tiger, Hidden Dragon, Tomorrow Never Dies, and Crazy Rich Asians, among others. Everything Everywhere All at Once is distributed by Elevation Pictures in Canada.

“BVLGARI has a long history of championing women, in front of and behind the camera, in the cinematic arts. Supporting this TIFF Tribute Award is a continuation of this legacy of cultivating future talent and their groundbreaking work that enriches the world we live in,” said Jean-Christophe Babin, CEO, BVLGARI Group. “We are thrilled to play such an integral role in the future of women in cinema.”

The TIFF Share Her Journey Groundbreaker Award is presented by BVLGARI and recognizes a woman who is a leader in the film industry and has made a positive impact for women throughout their career. The inaugural award is inspired by TIFF’s Share Her Journey initiative, which was created to address gender parity in the film industry, to champion women at every stage of their creative journey, and to shine a spotlight on women creators making a significant difference in the industry.

The TIFF Tribute Awards have served as an awards-season bellwether, with past honourees such as Jessica Chastain, Roger Deakins, Sir Anthony Hopkins, Joaquin Phoenix, Taika Waititi, and Chloé Zhao going on to win awards on the international stage. The TIFF Tribute Awards honour the film industry’s outstanding contributors and their achievements, recognizing leading industry members, acting talent, directorial expertise, new talent, and a below-the-line artist and creator. The Awards event also serves as TIFF’s largest annual fundraiser to support TIFF’s Every Story fund, which promotes diversity, equity, inclusion, and belonging in film and TIFF’s core mission to transform the way people see the world through film.

Launched in 2017, and now a permanent initiative as part of TIFF’s broader Every Story fund, Share Her Journey is TIFF’s commitment to address gender parity by broadening opportunities for women at every stage of their careers. To date, TIFF has raised more than $3 million to provide direct support to women along their creative journeys, from inspiration to a finished product showcased on TIFF platforms.

Michelle Yeoh ― Biography
Michelle Yeoh is an internationally recognized, Malaysian-born actor who rose to fame in 1990s Hong Kong action films before going on to shatter conventions and star in myriad globally acclaimed blockbusters. Recently announced as the first Asian artist to receive the American Film Institute Honour, Yeoh has appeared in more than 70 features and television series, with her filmography showcasing a collection of iconic roles, including in Ang Lee’s Crouching Tiger, Hidden Dragon and its sequel; Rob Marshall’s Memoirs of a Geisha; Roger Spottiswoode’s Tomorrow Never Dies; Danny Boyle’s Sunshine; and Jon Chu’s Crazy Rich Asians, the highest-grossing romantic comedy in the US in the past 10 years. After appearing in James Gunn’s second installment of the Guardians of the Galaxy franchise, Yeoh returned to the Marvel universe in Destin Daniel Cretton’s Shang-Chi. In March 2022, she starred in Daniels’ mind-bending, critically acclaimed Everything Everywhere All at Once, which has since become A24’s highest grossing film. In 2022, Yeoh was once again featured in TIME100 “Most Influential People” list. And in 2016, she was appointed Goodwill Ambassador to the United Nations, focusing on raising awareness and mobilizing support for environmental issues.
content_copy Copy text of this article file_download Download PDF

Every Story is generously supported by fund Founding Partner, NBCUniversal.

The TIFF Tribute Award for Performance is generously sponsored by IMDbPro.

TIFF Tribute Award for Performance is generously presented by Polestar.