Since 2012, TIFF Writers’ Studio has provided Canadian participants with a fulsome, curated experience through a unique integration of public and private programming. As of 2020, TIFF has invited international screenwriters and writer-directors to apply. The programme offers a space for screenwriters to consolidate skills, exchange ideas, and discuss challenges, all within a collaborative five-day intensive lab at TIFF Bell Lightbox. Participants are supported to take their careers and projects to the next level as they participate in workshops, panel discussions, peer-to-peer mentorship, and one-on-one project development consultations guided by both Canadian and international experts.

Introducing the Renee Perlmutter Memorial Fellowship for Literary Adaptation, a new addition to Writers’ Studio 2022: One applicant focusing on adapting literary work for the screen will be selected to participate in the programme. The recipient of the Renee Perlmutter Memorial Fellowship will receive an additional $3,000 grant toward developing their project.

As part of Share Her Journey, the CHANEL Women Writers’ Network supports a year-round program to advance the careers of women and non-binary alumni of TIFF Writers’ Studio. CHANEL’s participation extends and enriches TIFF’s support for writers and writer-directors by providing funding to 2022 participants to facilitate the acceleration and development of their projects, and by offering opportunities to connect with a diverse network of mentors and peers year-round. 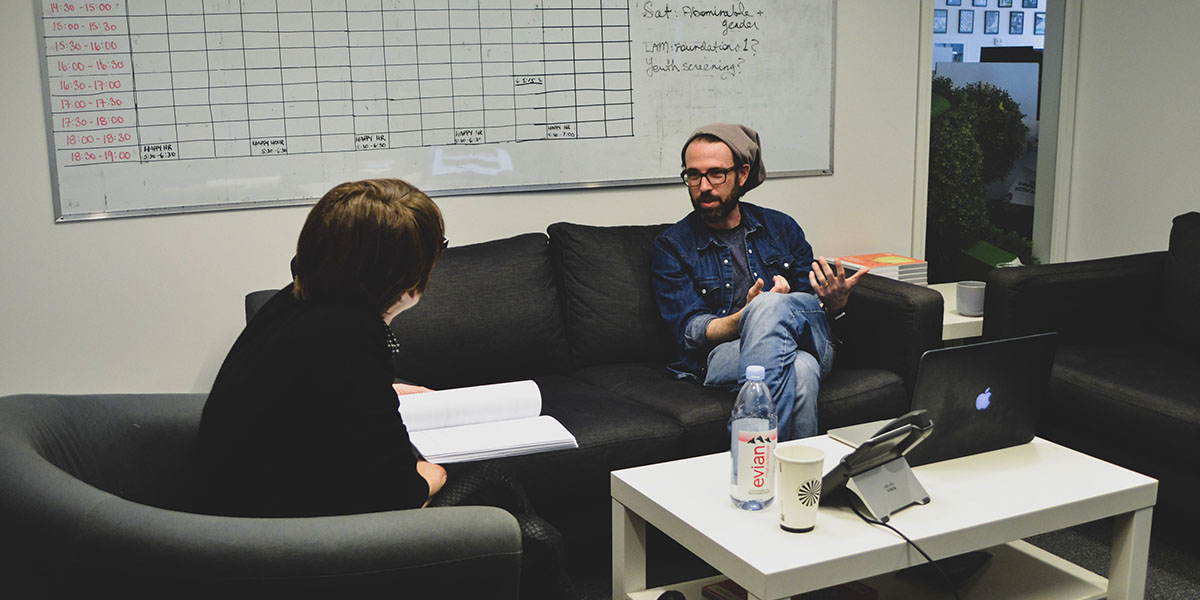 Born in Heidelberg, Germany, Abbesi Akhamie is an award-winning Nigerian-American writer, director, and producer working between Lagos and New York City. Her work focuses on Africa and its diaspora as well as the politics of culture and identity. She is a graduate of New York University with an MFA in Film.

Yuhi Amuli is a film director, screenwriter, and producer from Rwanda. His directorial debut feature, A Taste of Our Land (20), premiered at the Pan African Film Festival in Los Angeles, where it won the juried Best First Feature Narrative Award. The film also won Best First Film by a Director at the African Movie Academy Awards. Amuli made the short films Ishaba (15), which won Best Short Film at the Rwanda Film Festival; Akarwa (17), which screened in Tanzania, South Africa, Rwanda, Canada, and Egypt; and Kazungu (18), which also won Best Short Film at the Rwanda Film Festival. He is an alumnus of Berlinale Talents 2021 and the 2020 TIFF Filmmaker Lab, which he attended with his second feature film, Exodus, currently in development.

Maggie Briggs is a filmmaker based between her hometown of Asheville, North Carolina, and New York City, where she received her MFA at Columbia University. Her thesis film, To Sonny, premiered at Clermont-Ferrand in 2020 and continues to tour the festival circuit. Her latest short, Louis I: King of the Sheep, a stop-motion animation she wrote and produced, had its premiere at the 72nd Berlinale. Her work as a producer has shown at festivals including TIFF, Palm Springs, and Nordisk Panorama. Her first feature in development, Prone to Wander, has been supported by Tribeca Film Institute, The Gotham, and Cine Qua Non. She is a writer on Samir Oliveros’s second feature, which is in development with Fabula, and on Saim Sadiq’s first feature, which is based on his short film Darling.

Yasmine Mathurin is an award-winning Haitian-Canadian writer, director, and podcast producer. Her first feature documentary film, One of Ours, which she wrote and directed with the support of CBC documentary Channel and Sienna Films, won the Special Jury Prize for Canadian Features at the 2021 Hot Docs International Film Festival. She previously worked as an associate producer on the CBC Original Podcasts The Shadows, which won gold in the 2019 Canadian Digital Publishing Awards’ fiction category, and Tai Asks Why, which was a 2019 Webby People’s Voice Winner. Mathurin is a recipient of the 2019 Netflix-BANFF Diverse Voices Fellowship. She is an alumna of the 2017 Doc Accelerator Lab with Hot Docs, DOC Institute’s 2018 Breakthrough program, the 2018 THREAD at Yale multimedia storytelling fellowship, and the 2019 UnionDocs Summer Documentary Lab.

Minos Nikolakakis was born in Athens and holds a master’s degree in civil engineering from the University of Patras. He is a filmmaker who focuses on genre content. His short films as director, Ticket to Ride (03), The Present (05), Marioneta (07), The Happy Life (09), and The Attic (12), have played at festivals including TIFF, LA Shorts, Montpellier, and Uppsala. His first feature, Entwined, premiered at the 2019 Toronto International Film Festival and sold to Shudder.

Gabriel Savignac obtained his degree in Film Production at Concordia University in 2015, where he was awarded the best fiction prize for his graduation film, Ma Lionne. His short film Stay, I Don’t Want to be Alone (17) premiered at TIFF and has won awards. Savignac is currently finalizing the short-form digital series Nichole, which he co-directed. He is also developing a feature film called Le premier qui rira (You Laugh, You Die) and a short film called Worst Case, You’ll Fall.

Daniel Warth is a screenwriter and filmmaker whose Slamdance-winning feature Dim the Fluorescents was called “one of the year’s strongest debuts” by The New York Times. His second feature, Enduring, is in development with support from Telefilm Canada, Ontario Creates, and The Harold Greenberg Fund.

Born in Japan and raised in three continents, Mayumi Yoshida is an actor, writer, and director based in Vancouver, BC. She is known for her role as Crown Princess Michiko in The Man in the High Castle. She’s an alumna of the 2021 Women In the Director’s Chair Career Advancement Module and the 2021 Women in Focus Mentorship at Whistler Film Festival, and is currently participating in the WarnerMedia x Canadian Academy Access Writers Program, TIFF Talent Accelerator, and TIFF Writers’ Studio. Her first short film as director, Akashi (17), which she also wrote and acted in, won several awards. In 2019, Yoshida received the Newcomer Award at Women in Film and Television Vancouver Spotlight Awards. Currently, she is directing her latest music video, “Different Than Before,” which was granted funding from Creative BC and RBCxMusic & Prism Prize. She also works on projects with A24, Apple, and Netflix as a Japanese cultural consultant. She is in development on her first feature film, and she is repped by Gersh, Atlas Literary and Characters Talent Agency.