Each year, TIFF Rising Stars showcases new Canadian and international acting talent during the Toronto International Film Festival — placing the emphasis on the next generation poised for success.

The actors who are selected for the programme are immersed in a series of public events and private industry meetings during the Festival. They undertake professional development with international casting directors, filmmakers, producers, and industry executives. TIFF Rising Stars alumni include Stephan James, Tatiana Maslany, and Sarah Gadon. 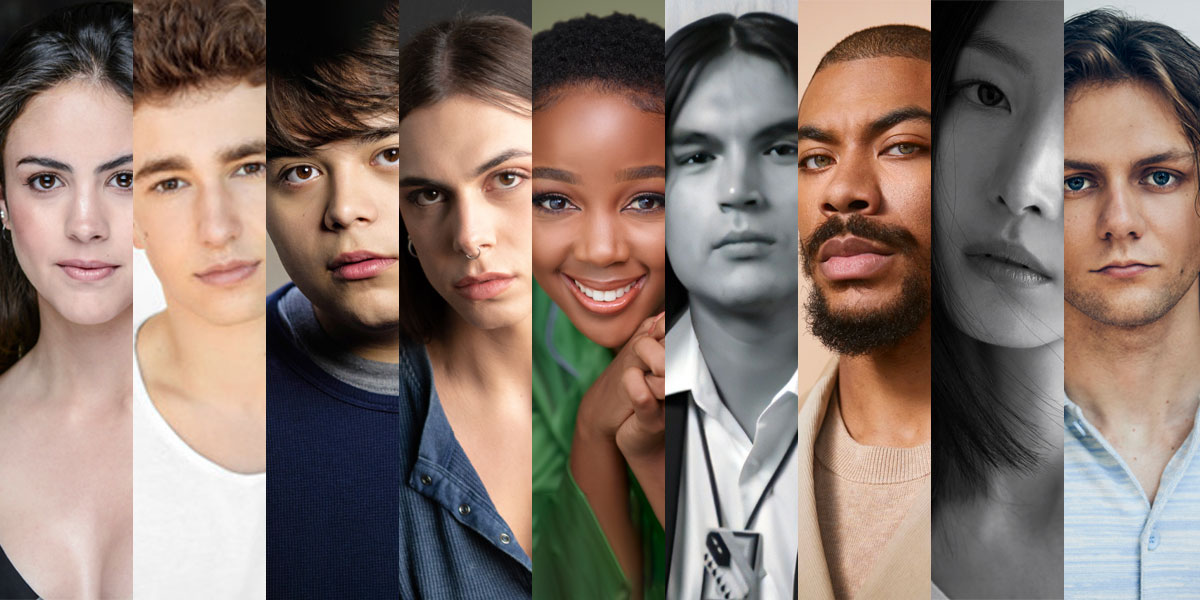 This year’s TIFF Rising Stars will be featured in Official Selection feature films at the 2022 Toronto International Film Festival.

Natalia Aranguren is a Colombian Canadian actor based in Toronto. At a young age, she trained in musical theatre, followed by graduating from a program for Acting for Film and TV. She won the award for Best Female Performance at TFS Festival and was nominated for Best Actress in a Lead role at UWPG Film Festival. Aranguren has been selected for TIFF Rising Stars 2022 and TIFF Share Her Journey Fellowship for her performance in So Much Tenderness, her feature-film debut.

Gabe LaBelle will next be seen in a lead role in Steven Spielberg's The Fabelmans, alongside Michelle Williams and Seth Rogen. The film, loosely based on Spielberg’s childhood, will be released by Universal in November. LaBelle also stars in the upcoming Showtime series American Gigolo opposite Jon Bernthal, Gretchen Mol, and Leland Orser. He also starred in the horror feature Dead Shack, which premiered at the Vancouver International Film Festival to rave reviews.

Isaiah Lehtinen was born and raised in Nanaimo, British Columbia, before moving to Vancouver, where he fell in love with acting at a young age after responding to an open call on Craigslist. He went on to book roles in projects including The Good Doctor and Story of a Girl before stealing scenes in the Russo Brother’s Deadly Class and the Quibi series When the Streetlights Go Out. Lehtinen also starred in the short film River Boy Blues, which was met with critical acclaim at the Festival du Nouveau Cinema. He will next be seen as the lead of the feature film I Like Movies, which will premiere later this year.

Lehtinen is also an accomplished musician, creating experimental hip-hop under the stage name Hermit. He recently released the Stage Clear EP which is available on all streaming platforms.

This September, rising star actress Thuso Mbedu will be seen as the lead of Sony’s The Woman King opposite Viola Davis. In the historical epic feature directed by Gina Prince-Bythewood, Mbedu plays Nawi, an ambitious recruit who fights within the all-female military unit lead by Nanisca (Davis). The film was shot in Mbedu’s home country of South Africa and also stars John Boyega and Lashana Lynch.

Mbedu recently won an Independent Spirit Award, Gotham Award, and Hollywood Critics Association Award, and was nominated for a Critics Choice Award, for her starring role as “Cora” in Barry Jenkins’ The Underground Railroad, making her the first South African leading woman of a US television series. The limited series is based on Colson Whitehead’s bestselling Pulitzer Prize–winning novel, which the Oscar winner Jenkins adapted and directed. For her performance, USA Today called Mbedu the “series’ stunning standout, imbuing Cora with a deep humanity and empathy in her every scene, even when she has no dialogue.”

An established actress in South Africa, Mbedu was nominated for her second International Emmy Award for Best Performance by an Actress in 2018 for her breakout performance on the series Is’Thunzi. She won a SAFTA (South African Film & TV Awards) for Best Actress – TV Drama for her work on the series. That year, she was also featured on the cover of the Forbes Africa “Under 30” issue highlighting African leaders.

Indigenous actor, Joshua Odjick is of Algonquin-Anishinabe/Cree heritage and comes from the Kitigan Zibi Anishinabeg First Nations Reserve. Odjick won both the Canadian Screen Award and the Vancouver Film Critics Circle Award (2022) for Best Supporting Actor in the multi-award winning feature Wildhood, which premiered at the Toronto International Film Festival (2021). This year at TIFF, Odjick appears in the feature film, Bones of Crows. Most recently, he acted alongside Britt Lower in the feature The Incident Report, is a co-host in the APTN series Warrior Up!, and in August 2022 commences filming a lead in a yet to be announced feature. Slated for release in early 2023, Odjick stars in the international series The Swarm, an ecological thriller from Primetime Emmy Award winning producer, Frank Doelger (Game of Thrones). He landed his first series regular role in the series Unsettled and has since appeared in the award-winning feature Bootlegger and several shows, including Little Bird, Three Pines, Pour Toi Flora, Bones of Crows and portrays Tom Longboat in a Heritage Minute. Industry professionals have found that Odjick possesses a deep presence that is rare in an actor, going so far as to dub him the “Native Brando.” Having grown up with survivors of residential/day schools, Odjick’s work reveals the authentic joy, love, vulnerability, and brokenness of his characters. He approaches everything from a place of Spirit and holds a powerful connection with his creator, his guardians and the land. Odjick is grateful for the platform of film and television to tell the stories, teachings, and traditions of his people.

A graduate of the prestigious LAMDA in London, Aaron Pierre is currently recording a lead role as Mufasa in Barry Jenkins’ highly anticipated Lion King prequel for Disney. He played Caesar in Barry Jenkins’ award-winning limited series The Underground Railroad for Amazon and also starred in M. Night Shyamalan’s film Old, in which he played a rapper and for which he wrote and performed a song. Pierre was nominated for the 2018 Ian Charleson Award for his professional stage debut as Cassio in Othello, opposite Mark Rylance, at Shakespeare’s Globe.

Earlier this year, Aaron shot a three-hander opposite Saoirse Ronan in Garth Davis’s FOE for Amazon Studios. He just completed shooting the lead of Jeremy Saulnier’s Rebel Ridge for Netflix. Pierre can be seen next as one of the leads in Clement Virgo’s Brother, which is premiering at the upcoming Toronto Film Festival.

Choi Seung-yoon is a dancer, choreographer and actor based in Seoul, South Korea. She began training in ballet at the age of five and has a BA degree in dance from Ewha Womans University. Early in her career, Choi produced and performed in her own dance productions that received grants from Arts Council Korea and the Seoul Art Council. Her work has been invited by the Korea National Contemporary Dance Company, Tanzfabrik Berlin, and European Lab Forum.

As an actor, Choi has appeared in the short web series Deux Yeoza, Dxyz (nominated for an Emmy in 2019 for Short-Form Series), and Family Portrait. In 2019, Choi co-directed and starred in I By You By Everybody (2019), a fiction-documentary feature film about dancers’ lives in Seoul, which screened at several film festivals including Busan International Film Festival and Doclisboa.

Ty Simpkins has quickly established himself as a highly sought-after actor in film. By the time he was 18, Simpkins had worked with some of the best directors in Hollywood, including Steven Spielberg, Sam Mendes, James Wan, Paul Haggis, Reed Morano, and Colin Trevorrow.

Simpkins will next be seen in Darren Aronofsky’s The Whale for A24 opposite Brendan Fraser and Sadie Sink. He will also star as the lead of Patrick Wilson’s directorial debut, Insidious 5, which follows his character from the first two films in college ― the film will be released next July. He also recently finished filming for The Re-Education of Molly Singer, starring opposite Britt Robertson and Jaime Pressly.

In addition, Simpkins has starred in two of the biggest blockbusters of all time. Simpkins was seen opposite Bryce Dallas Howard and Chris Pratt in Universal’s box office monster hit Jurassic World. Prior to that, he starred opposite Robert Downey Jr. in Disney/Marvel’s Iron Man 3, which holds the record as the eighth highest grossing superhero film of all time. Simpkins made his feature debut in Spielberg’s War of the Worlds starring alongside Tom Cruise and Dakota Fanning. He also starred in the psychological drama Meadowland opposite Olivia Wilde, Elisabeth Moss, and Luke Wilson, which premiered at the 2015 Tribeca Film Festival to rave reviews.