Movie Memories Through The Ages

Movie Memories Through The Ages

Seniors Film Fridays launched in 2016 as a way to bring the power of film to Toronto seniors living in isolating circumstances for a fun and thoughtful community activity. Initially planned as a series of screenings and talks at TIFF Bell Lightbox, the programme expanded last year, with activities and films also being held at organizations across the GTA.

One of these community groups is SPRINT Senior Care in the Yonge and Davisville area. On January 25, TIFF’s outreach team screened the Meryl Streep comedy Florence Foster Jenkins at SPRINT for a group of film lovers and many loved the screening so much that they came to the Lightbox the next day! 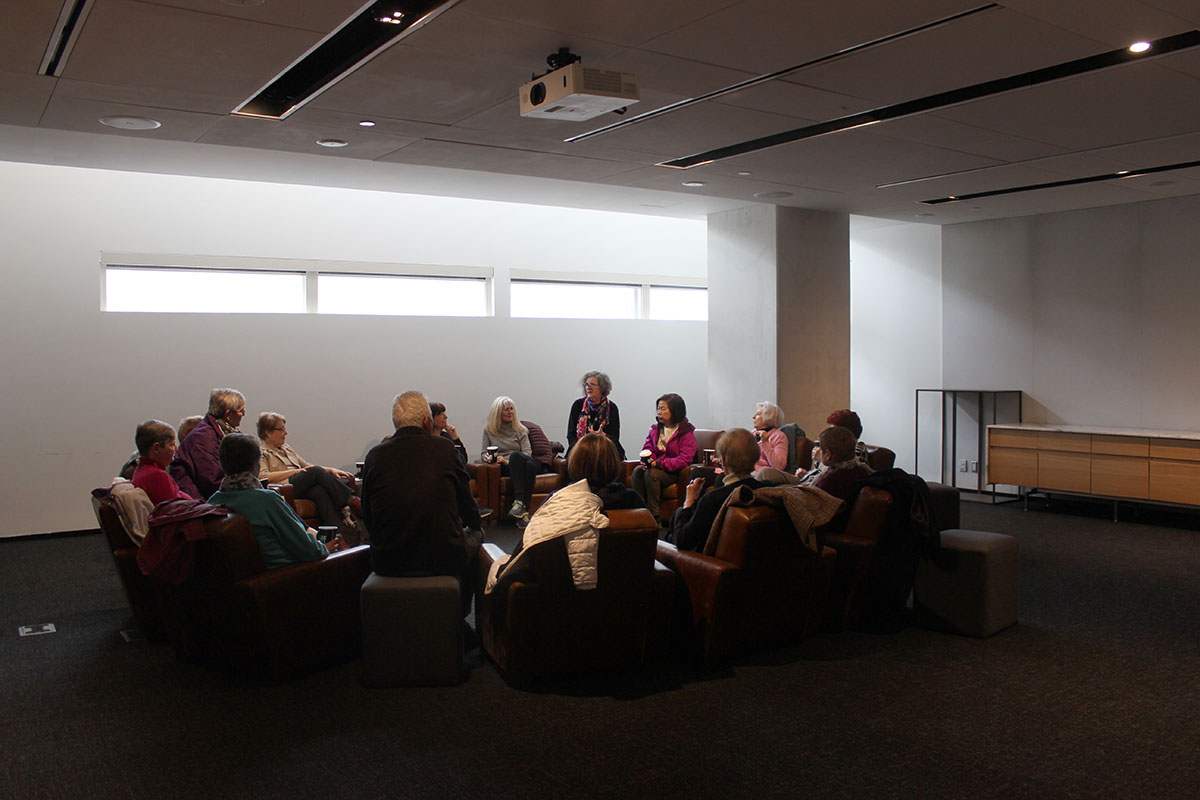 More specifically, an LGBTQ group from SPRINT attended a screening of Call Me by Your Name. The Oscar-nominated film tells the coming-of-age story of Elio, a young man who falls in love with a dashing American academic staying with Elio’s family over the summer in Italy.

Many of our SPRINT friends, who had seen the film before, returned for a second viewing at TIFF Bell Lightbox because they loved the story so much. During the post-screening discussion, community members mentioned how they were thrilled by the honest portrayal of a gay character on screen (they absolutely fell in love with Timothée Chalamet as Elio) and said films like Call Me by Your Name are important for their honest, beautiful depictions of first love and queer relationships. Audience members also shared how both this film and Florence Foster Jenkins told stories in ways that make you fall in love with the characters.

But don’t just take our word for it — here are some of the lovely quotes from our senior outreach attendees:

"The film discussion makes me aware of differing opinions, and the way that others view film."

"The reaction from others makes the film and discussion even more special."

"This programme is vital to seniors as it provides stimulating discussion amongst your peers."

This initiative is primarily funded by the Government of Canada’s New Horizons for Seniors Program. We hope that supporters like you will also see what we, and the fine folks at SPRINT, see: that senior outreach has become a staple programme and one we hope to continue for years to come. Intellectual and entertaining for all involved, the programme provides a vital social experience for an older generation of cinema lovers.

Reach out to learn more or to ask how you can support. Visit tiff.net/support or email us at donate@tiff.net.