Creating a Lifetime of Movie Memories: TIFF Next Wave

Creating a Lifetime of Movie Memories

The Next Wave of Youth and Film

A film festival for youth and by youth, TIFF Next Wave brings together the future of the arts and the future of our community. Under the guidance of TIFF staff, a committee of 12 students, aged 14–18, plans the TIFF Next Wave Film Festival alongside other high-profile events for youth. The experience provides young, aspiring filmmakers, writers, actors, and film enthusiasts with exposure to and experience in the industry, and the opportunity to express and share their passion.

We talked to two Next Wave Committee members, Chloe Bhumgara and Nara Wrigglesworth, to hear about their experiences. 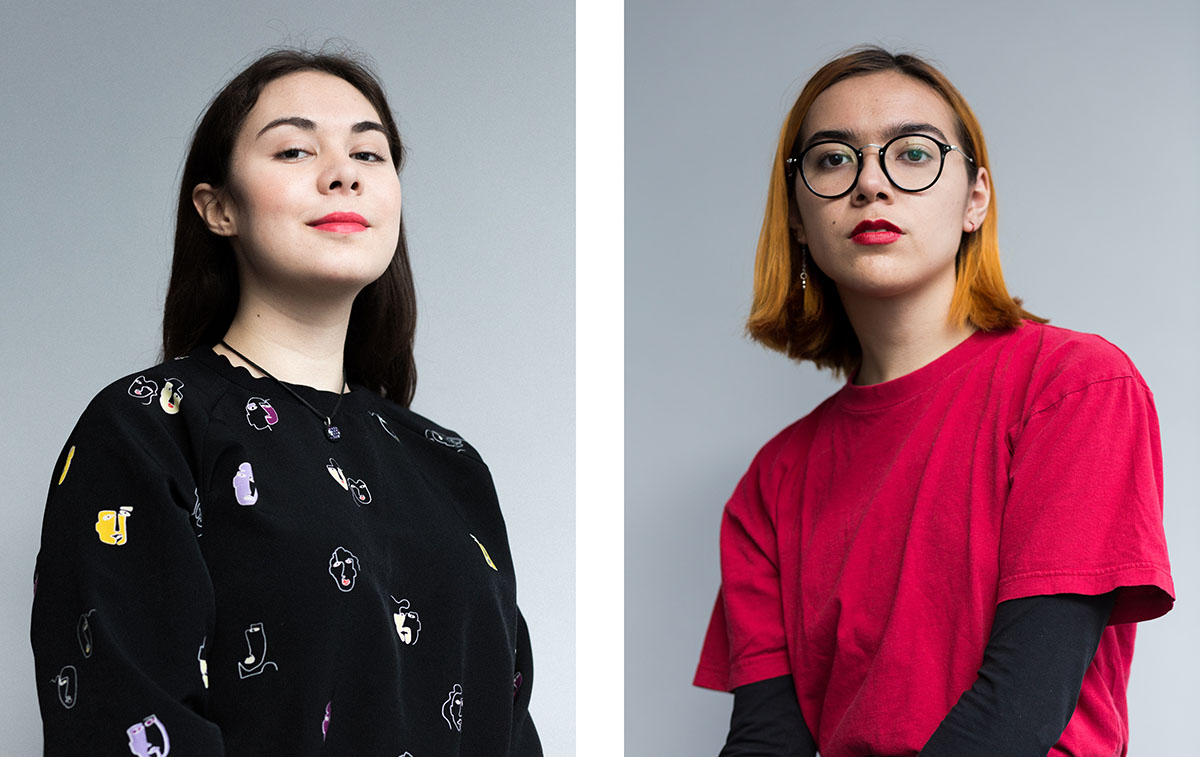 Thanks for being a part of the Next Wave Committee! Can you tell us how you got involved?

Chloe: I applied for Next Wave after coming to the festival in 2016 and had an incredible experience watching films and [attending] Q&As. I admired the committee members’ ability and passion of sharing worldwide and indie cinema with young people in an accessible way. I want to be able to also share my passion with other teens in that way, and I applied for the committee shortly after.

What has it been like being on the Next Wave Committee?

Chloe: Being on the Next Wave committee has been one of the most enriching and educational experiences of my life. Over my two years on the committee, I’ve engaged with youth with similar interests, navigated the inner workings of the film industry, attended networking events, and ameliorated my public speaking skills. Our responsibilities encompass screening films, providing feedback, writing reviews/blurbs, doing interviews, creating a zine publication, and introducing film screenings.

Nara: Being on the committee is amazing. I love that within the committee we’ve built a close community. Throughout the year, I’ve been learning the different duties that go into organizing events, such as how to create a festival program and how to run a Q&A. There’s also been time to bond with other people who love film just as much as I do, like at our committee dinner with filmmaker Chloé Zhao.

What skills have you brought to the Next Wave Committee and your time at TIFF altogether?

Chloe: I think that I offer an important voice within the group, especially considering that I have had more experience being on the committee than most other current members. I have had more time to become accustomed to the role of Next Wave and the role of committee members, as well as time to develop a clear sense of my purpose with Next Wave. Through working with Next Wave, I have gained a greater appreciation for the role that art and cultural institutions play in our society and in shaping and enforcing ideas of one’s identity. I have also gained greater confidence in my distinct voice and opinion, which permeates into my writing and public speaking as well as my general demeanour.

Nara: I’m very involved in Toronto’s art community; I’m also on the AGO Youth Council, and I frequent concerts and galleries, so I’ve been able to promote the festival and events to other crowds that may not be as hardcore about films as the crowd that has traditionally attended Next Wave. By participating, I have gained a new understanding of film. Now I understand how film works as a cultural tool in addition to understanding it academically.

What are you looking forward to this year?

Chloe: My time with Next Wave is, unfortunately, coming to an end as I go to university next year. I will not be involved with planning our next festival, but I look forward to helping select new committee members and screening films for TIFF in September, and possibly attending industry events such as the TIFF Canadian Press Conference.

Nara: I’m looking forward to spending more time with the Next Wave community and learning more about why [members] were drawn to the Next Wave Committee. I’m also hopeful that we will find many new exciting ways to keep pushing Next Wave, so it’ll become more successful than ever.

What opportunities have emerged as a result of your involvement with the Committee? What bonds have you formed?

Chloe: I’ve been granted the opportunity to share my voice on a well-recognized platform, by writing reviews and opinion pieces, and being interviewed. I’ve also had opportunities to connect with young people from around the city and engage with people who are just as passionate as I am. I’ve been able to meet many industry professionals and gain a sense of what a career in the film industry entails and the process of being a programmer. I’ve formed close bonds with my fellow Committee members and the TIFF staff that work with the committee — bonds which I am immensely grateful for as my peers at TIFF helped to shape me into the person I am now.

Nara: Being a part of Next Wave has given me opportunities to talk to people who work in all fields in the film world (actors, filmmakers, programmers, event coordinators), and learn about why they chose to do what they do and how they got there. I’ve also been able to meet people my age who are also interested in film and learn about why they were drawn to film and how they want to move forward with their interests. I’ve created bonds with the other members of the Committee and have started friendships with people I’ve met at the festival.

Would you recommend other young people join the Committee?

Chloe: I would give Next Wave my highest recommendation to any teen remotely interested in film and culture. It is an extraordinary and rare experience to learn about the film industry from the inside, to meet new people, and to share the love of film.

Nara: I definitely recommend that young people join the Committee, especially if they are enthusiastic about film. Being on the Committee has provided me with opportunities I would not have had otherwise and has shown me ways to be part of the film industry without being a filmmaker.

What experiences have you had with film, prior to and since being part of Next Wave? How has it informed other areas of your life?

Chloe: Prior to Next Wave, I was a film enthusiast and aspiring filmmaker. Over my time with Next Wave, I have come to realize that I prefer to be an appreciator of art rather than a creator. I have deepened my understanding of art, film, and the film industry exponentially, and have become more aware of how art informs culture and how that translates into affecting lives, especially in terms of identity.

Nara: Prior to being part of Next Wave, I had mostly experienced film as a leisure activity, and then in school academically. Being on the committee, I have really seen the breadth of the industry and what film means internationally. By programming a festival, Next Wave has helped me think more critically about presenting work to an audience.

Want to learn more about Next Wave and how to become part of the Next Wave Committee? Visit tiff.net/nextwave

Find out how your donations help TIFF