The TIFF–CBC Diverse Screenwriters Grant was created in July 2017 to support Canada’s growing, diverse screenwriting talent. The annual $10,000 award is given to a Canadian writer of an outstanding feature-film screenplay to support him or her with the development of their project. 2017’s grant recipient was Jorge Manzano for his screenplay The Strike, about a woman who must lead a band of leftist guerrillas as Chilean dictator Pinochet brutally sweeps to power in 1973.

The story made a great impression on the jury, who said, “Jorge’s political thriller impressed us as a dynamic page-turner full of twists, betrayals, daring escapes, and vivid scenarios.”

We sat down with Jorge to discuss how he felt about receiving the award, and the next steps he plans to take in his career. 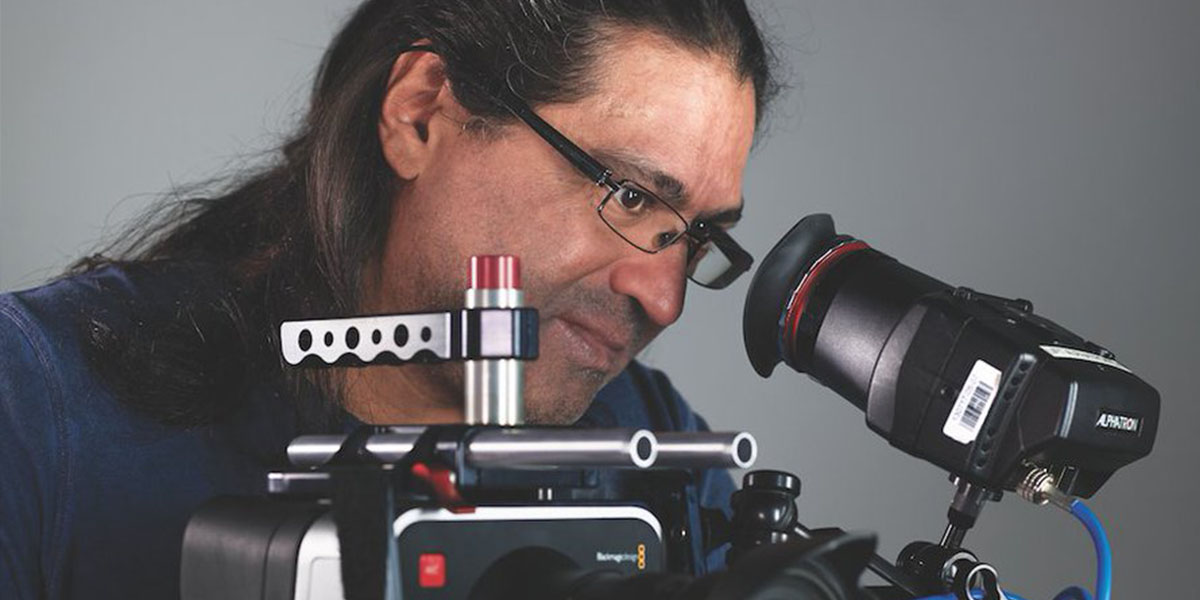 Congratulations on being the first-ever recipient of the TIFF–CBC Diverse Screenwriters Grant, Jorge! What does it mean to you to have been selected?

As a writer and artist, it is not every day that I receive such great news. The confirmation that my screenplay, The Strike, had been selected as the finalist for the TIFF–CBC Diverse Screenwriters Grant was sensational; it made my day, and possibly my year. Writing can be a somewhat lonely place and this award gave me a sense of excitement that my dream of making this film is [now] a real possibility.

When I saw the calibre of the filmmakers whose screenplays had made it to the finals, I was astonished. It meant that The Strike is an exceptional screenplay, and as a writer I felt validated. Furthermore, that Anita Doron — the writer of the Academy Award–nominated The Breadwinner — also received a special mention for her screenplay Children of a Wolfe Mother challenged me to see The Strike through to the end. It gave me encouragement and a renewed belief in my story.

The award itself has opened doors and created a genuine interest in the screenplay. It is now time to cast the film, secure financing, and produce the film — an exciting plan.

What plans do you have to use the grant?

The grant has been used to move the screenplay to the next phase of production. I spent a month going through a rewrite of the screenplay, taking into consideration the comments made by the jury. I found the feedback exceptional and challenging. The jury’s comments addressed my own uncertainty with a particular beat in the story that defined the protagonist in a different, and not-so-flattering, light by a callous choice she made in that moment. Making the change felt right.

I spent the first weeks after receiving the notes thinking about how to address those questions, and playing scenarios out in my head until I found a solution to the questions posed. Writing is about rewriting, but at some point the film has to be shot.

I am now focused on working with my producer on securing development funds and production financing through the Canada–Chile co-production agreement. As we prepare funding proposals in Canada and work on the budget breakdown, I have hired a colleague as a script consultant/Spanish-language translator, to prepare funding proposals for the project in Chile through CORFO, FONDART, and the Bank of Chile’s Film Fund. We are also pursuing IBERMEDIA funding and look to establish relationships with producers in Latin America and Spain. The San Sebastian International Film Festival, the Guadalajara International Film Festival, the Cartagena International Film Festival, and Venta al Sur in Argentina all provide a forum and window to strengthen these relationships.

In essence, the TIFF–CBC Diverse Screenwriters Grant gave me the freedom to spend the last two months dedicated to propelling The Strike forward.

What is your view on diversity and inclusion in the industry, and how has a grant such as this helped you achieve your goals?

I participated in diversity and equity activism in the film and cultural industries in the late '80s and early '90s, as there was an evident lack of diversity in and access to funding for Indigenous people, people of colour, women, and people with disabilities. The cultural investment and initiatives first implemented by the [Canada Council for the Arts] led to the proliferation of work by previously marginalized communities. This struggle for inclusion and space led to the emergence of film festivals that were specifically geared to promoting the works of communities of Indigenous people and communities of colour. These festivals also played a vital role in breaking down barriers and establishing relationships between industry professionals and decision-makers with people from previously marginalized communities. These relationships have helped change the face of the cultural industries in Canada today.

By investing in funds and programs in the cultural industries that target Indigenous creators, people of colour, and women, their work has flourished and today there are many more recognized artists from these communities excelling at their craft and representing Canada on the world stage. The great success story in my opinion is the establishment of Indigenous cultural industries, where funds and programs are geared exclusively to the development of Indigenous First Nations artists, resulting in the emergence of amazingly talented storytellers who bring a unique vision and voice to this country’s oeuvre that wasn’t necessarily part of the national discourse 30 years ago. The arts have the power to change the way people see the world around them and challenge barriers of race, ethnicity, and language, and can break the chains of division and discrimination that are still evident in Canadian society.

Before the success of Black Panther, there was Zacharias Kunuk’s Atarnajuat: The Fast Runner, a subtitled Inuk film that broke all audience and box-office expectations and barriers, and went on to become an international success. The industry can be much more diverse and there is a lot to aspire to, but Canada has come a long way in representing voices that were once absent from the national identity.

The TIFF–CBC Diverse Screenwriters Grant is a subset of the CBC's Breaking Barriers Film Fund, which supports the production of narrative films from experienced Canadian filmmakers who are either female, Indigenous, or a visible minority, or who have a disability, and who have had at least one feature-length film showcased at one of the Fund’s list of recognized film festivals.

Did you want to learn more about our Talent Development programmes? Click here!

Find out how your donations help TIFF