TORONTO — The TIFF Next Wave Film Festival returns for its 11th year with a dynamic youth committee and timely programming. Curated for youth, by youth, the festival is steered by the TIFF Next Wave Committee, a group of 12 students ranging from ages 15 to 18. Hailing from specialized arts institutions, public schools, and private schools across the Greater Toronto Area, this group was selected from a competitive pool of hopeful young film enthusiasts. The TIFF Next Wave Film Festival takes place April 22–24, kicking off with the Canadian premiere of Inuk director Nyla Innuksuk’s sci-fi thriller Slash/Back. Offering free Official Selection films for anyone under 25, this jam-packed weekend will have an array of screenings, talks, Q&As, and special events to celebrate and engage the next generation of film and filmmakers. 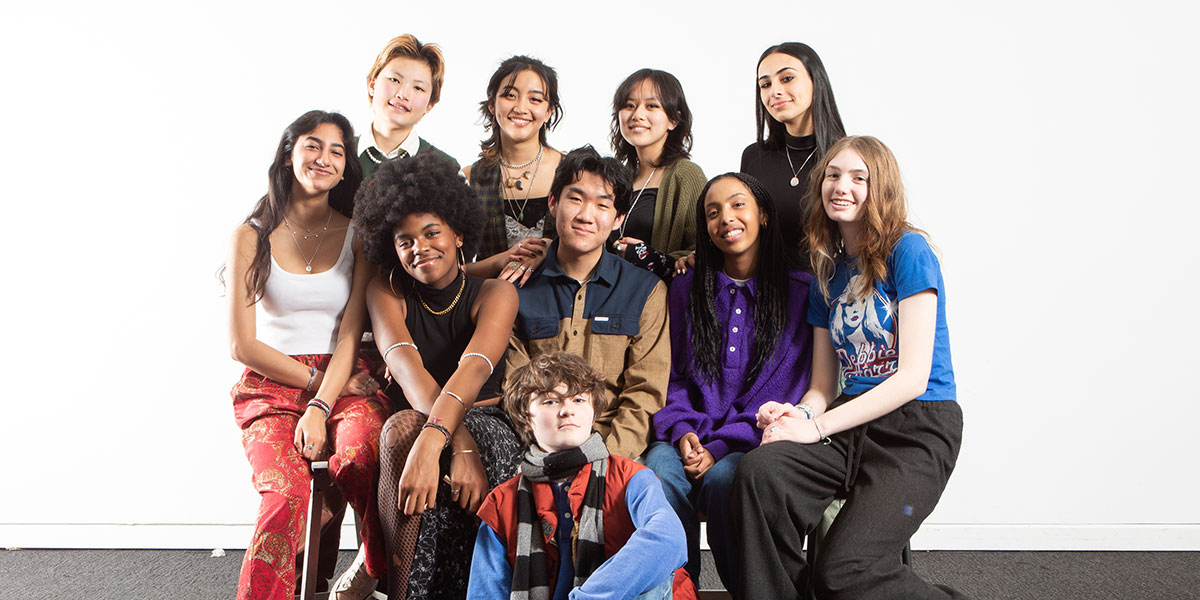 This year’s Committee members are Sia Mehta, Saharla Ugas, Julia Yoo, Charles Liu, Honora Murphy, Norah Daudi, Lina Zhang, Naiya Forrester, Ellie Tripp, Dev Desai, Michelle Kofia, and David Rhomberg-Stevenson. Working together, the TIFF Next Wave Committee curates the festival’s core lineup of films and programming, bringing new perspectives and voices to young audiences across Canada. In addition to curating the Next Wave Film Festival under the guidance of TIFF staff, the Committee supports the planning and programming of year-round TIFF Next Wave events, and decides on a selection of Next Wave–approved films at the Toronto International Film Festival in September. Applications to join the 2022–2023 TIFF Next Wave Committee will open on tiff.net/nextwave starting March 30.

“Amongst lockdowns and school closures, and the enduring uncertainty in the world, this year’s Next Wave Committee shows what can be accomplished when a group of brilliant young people channel their energy and creativity toward a shared passion,” said Ikoro Huggins-Warner, Senior Coordinator, Youth Impact, TIFF. “It’s been an inspiration to see the Committee members learn and grow as film programmers. After two years of digital events, we’re thrilled to be bringing the festival back in-person to celebrate film together as a community and showcase an incredibly diverse lineup of youth stories from around the world. I can’t think of a better way to kick off the festival than with Slash/Back, a resonant story of friendship, survival, and apocalyptic ass-kicking.”

Marking its Canadian premiere hot off its debut at SXSW, opening film Slash/Back follows a group of Inuit girls fighting off an alien invasion in a remote Arctic community.

“Nyla Innuksuk’s debut feature Slash/Back packs a vivid and thrilling punch as the girl gang of Pangnirtung, Nunavut is left to fight a supernatural apocalypse,” says Julia Yoo, TIFF Next Wave Committee member. “Employing strategy from their favourite horror movies, weapons from their kitchens, and power from their friends, the girls must battle a mysterious alien force to save their home. Slash/Back presents a promising young cast and a vibrant portrait of resilience, friendship, and what it means to fight for community.”

This year’s Official Film Selection includes features and short films that highlight youth voices from around the world, representing diverse storytelling, lived experiences, and perspectives from Canada, to Ukraine, to Haiti, to Argentina, and many more. The complete programming lineup and TIFF Next Wave Festival details will be announced on March 30. Several Next Wave Committee alumni have gone on to pursue careers in the film industry, including actor Iman Vellani (2018), who will play the title role in Marvel’s upcoming TV series Ms. Marvel; filmmaker Ollie Coombs (2018), whose 2020 short film Back To School was featured in the National Film Board’s collection The Curve; filmmaker Ethan Godel (2019), whose short film Vessel screened at international film festivals and won the grand prize of CBC’s Canada-wide Short Film Face Off in 2019; and Emma Seligman (2013), whose acclaimed debut feature, Shiva Baby, made its world premiere at the 2020 Toronto International Film Festival and was based on her short film of the same name.

To get ready for the festival, TIFF Next Wave invites film lovers and emerging creators to attend a free workshop, Film Analysis, Your Way, on April 9 from 2pm to 5pm. Hosted by the TIFF Next Wave Committee, this interactive workshop offers a gentle crash course in formal film analysis to help young people embrace their voice as film lovers. This event is part of Deep Focus, a free workshop series that invites audiences to explore the many facets of film as a medium for creative self-expression, skills development, and social connection in a supportive space.

TIFF is generously supported by Lead Sponsor Bell, Major Sponsors RBC, and Visa, and Major Supporters the Government of Canada, Government of Ontario and City of Toronto.

The TIFF Next Wave Film Festival is supported by The Shawn Mendes Foundation, the Government of Ontario and the Reconnect Festival and Event Program

imagineNATIVE is a Community Partner for the Opening Night Film, Slash/Back.