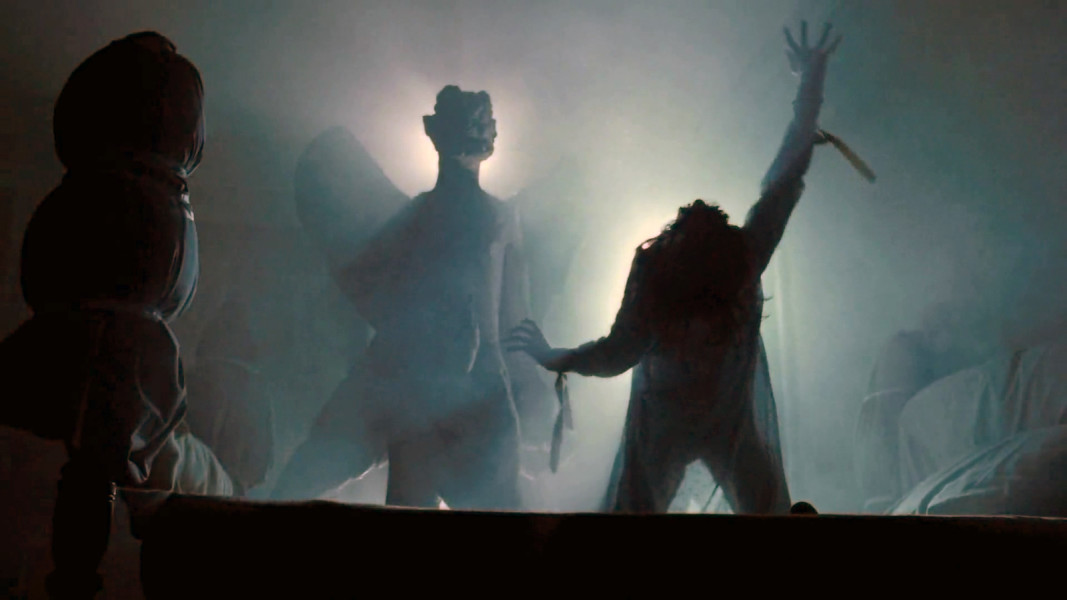 Born on the mean streets of Chicago to Ukrainian Jewish immigrants, William Friedkin cut his teeth working in the WGN-TV news room as a teenager in the early 1950s, and was soon entrusted with directing chores for assorted live television and documentary productions. Following some acclaimed TV productions in the early 1960s — including the award-winning doc The People vs. Paul Crump and one of the last episodes of Alfred Hitchcock Presents (on the set of which Friedkin was told off by his idol the Master of Suspense for not wearing a tie) — he moved into theatrical features with the Sonny and Cher vehicle Good Times, which he affectionately refers to as “unwatchable.” After making three critically praised box-office disappointments — including The Boys in the Band, which marked a milestone as one of the first mainstream American films to focus on gay characters — Friedkin set out to remake himself as a more commercially oriented director.

The result of Friedkin’s new direction was perhaps the greatest one-two punch in film history: the gritty, based-on-fact crime thriller The French Connection, which won five Oscars and became instantly legendary for its spectacular car-chase centrepiece; and his adaptation of William Peter Blatty’s novel The Exorcist, which weathered a notoriously troubled production to become a massive box-office smash that is still regarded as one of the greatest horror films of all time. With his Best Director Oscar for Connection in hand and two of the young decade’s biggest hits under his belt, Friedkin seemed to have realized the “New Hollywood’s” dream of reconciling artistic accomplishment with commercial success. 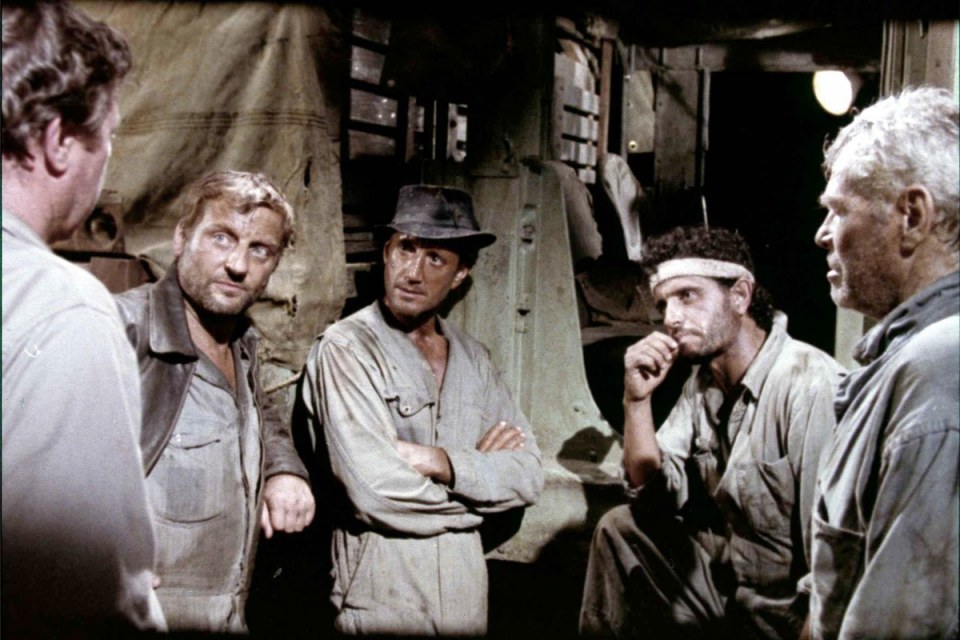 However, Friedkin’s much-anticipated follow-up to The Exorcist demonstrated that his uncompromising vision and take-no-prisoners approach did not always strike gold. A remake of Henri-Georges Clouzot’s suspense classic The Wages of Fear, Friedkin’s Sorcerer went highly over budget during a long, difficult shoot in the jungles of the Dominican Republic. The fact that its title misled audiences into thinking it would be another supernatural fantasy — and that it opened in the wake of a little film called Star Wars — certainly did it no favours at the box office. Nevertheless, despite its critical and commercial failure at the time (or perhaps because of it), Friedkin now claims Sorcerer to be the film of which he is most proud. 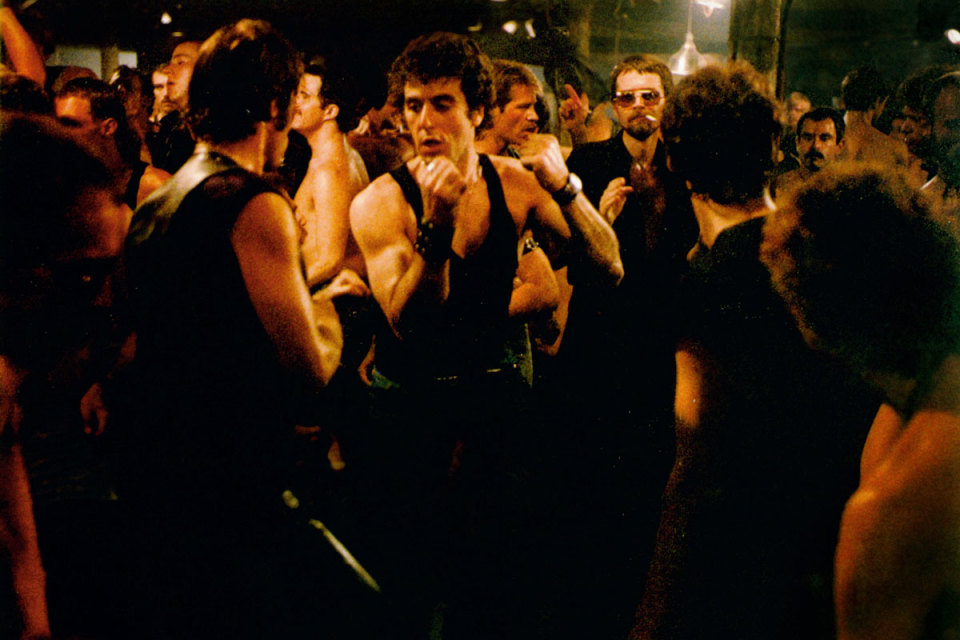 From The Boys in the Band through The Exorcist (which director John Boorman disparaged as “a film about torturing a child”), Friedkin had been no stranger to controversy, but he reached new heights with his 1980 thriller Cruising, which was protested by gay activists both during and after its production for what they charged was a virulently homophobic depiction of New York’s gay community. While his attempted “comeback” project, the 1985 thriller To Live and Die in L.A., attracted nowhere near this level of negative press, its highly mixed critical reception signalled the beginning of a long career slump for Friedkin, which included a failed return to the horror genre (the killer-tree opus The Guardian), a Shaq-starring exposé of the world of college basketball (Blue Chips), a Basic Instinct-aping erotic thriller (Jade), and a terse, stripped-down action movie (The Hunted).

It was not until his two collaborations with playwright Tracy Letts, Bug and Killer Joe, that critical favour returned to Friedkin, and his late-period reinvention with these two unnerving, boundary-pushing films sparked both a reappreciation of his canonized classics and a reappraisal of his oeuvre as a whole. Following a 2007 re-release of Cruising, recent restorations of To Live and Die in L.A. and Sorcerer, and the proud coming-out of previously closeted Jade and The Hunted fans, Friedkin has finally reclaimed his place as a recognized master of modern American filmmaking. 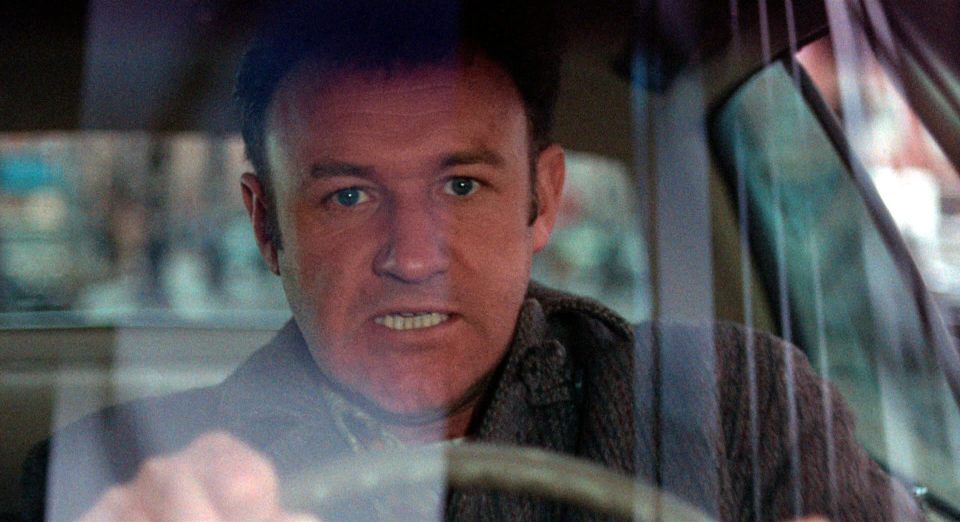 Winner of five Academy Awards including Best Picture, Best Actor and Best Director, The French Connection stars Gene Hackman as Jimmy “Popeye” Doyle, a foul-mouthed New York narcotics detective with a porkpie hat on his head, a gun on his ankle and a rocket in his pocket. When he and his partner (Roy Scheider) randomly tail a big-spending goombah, they uncover a Mafia plot to bring in a massive shipment of heroin from Marseilles masterminded by the elegant Alain Charnier (Fernando Rey). Filmed down and dirty on authentic NYC locations, Friedkin’s electric, fact-based cops-and-crooks thriller is packed with memorable setpieces, most notably Popeye’s intricate cat-and-mouse game with Charnier on the subway and the legendary car chase underneath the elevated-train tracks. 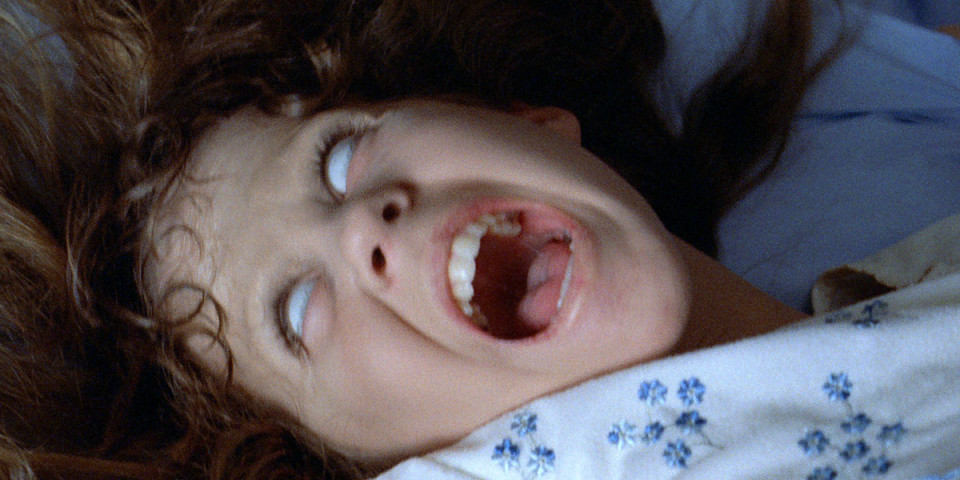 When young Regan (Linda Blair) begins levitating, projectile-vomiting and throwing full-grown men out of windows, her understandably concerned mother (Ellen Burstyn) turns to her last resort: a troubled Catholic priest (Jason Miller), who joins forces with the wise old Father Merrin (Max von Sydow) to exorcise the possessed child. Author William Peter Blatty fought to have Friedkin assigned to this adaptation of his 1971 novel, seeking the same kind of intensity that the director had brought to The French Connection, and he got it in spades: The Exorcist is a gut-wrenching milestone of modern horror, both bringing the genre into the mainstream while pushing the limits of permissible screen imagery. 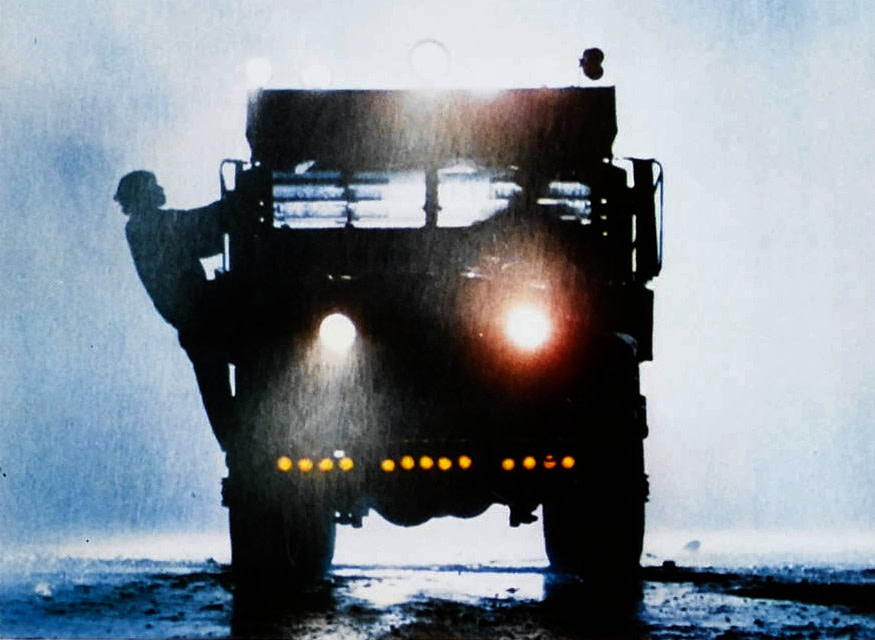 Friedkin’s high-flying critical and commercial success came to a crashing halt when he embarked upon this ambitious remake of Henri-Georges Clouzot’s The Wages of Fear, but many now claim Sorcerer to be superior to its model. Though working from the same basic premise as Clouzot — four desperate men (led by Friedkin’s French Connection co-star Roy Scheider) take a suicidal commission to drive two trucks filled with nitroglycerin to a raging oil fire in the middle of the jungle — Friedkin elaborates considerably on this stripped-down scenario and amps up the perils of their explosives-laden journey, most notably in the film’s signature scene: a nerve-shredding crossing of a rickety wooden bridge suspended above a raging river. 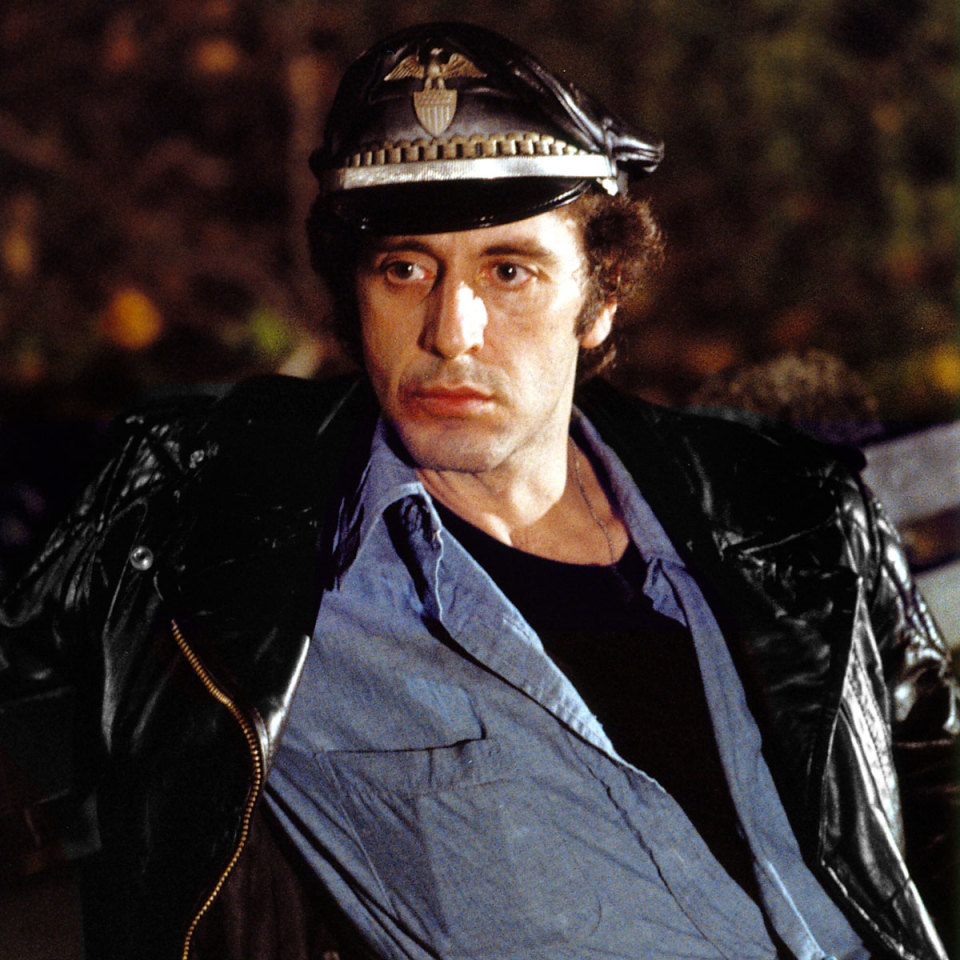 Inspired by a series of unsolved murders in New York’s gay community in the 1970s, Friedkin’s dark, uncompromising thriller stars Al Pacino as a beat cop who is sent deep undercover into the world of leather, S&M and bondage clubs in search of a serial killer who preys on the clubs’ clientele. Shot on location in actual NYC leather bars, Cruising became a flashpoint for controversy even during its production, with gay activist groups protesting and disrupting the shoot due to the film’s perceived negative depiction of the queer community. 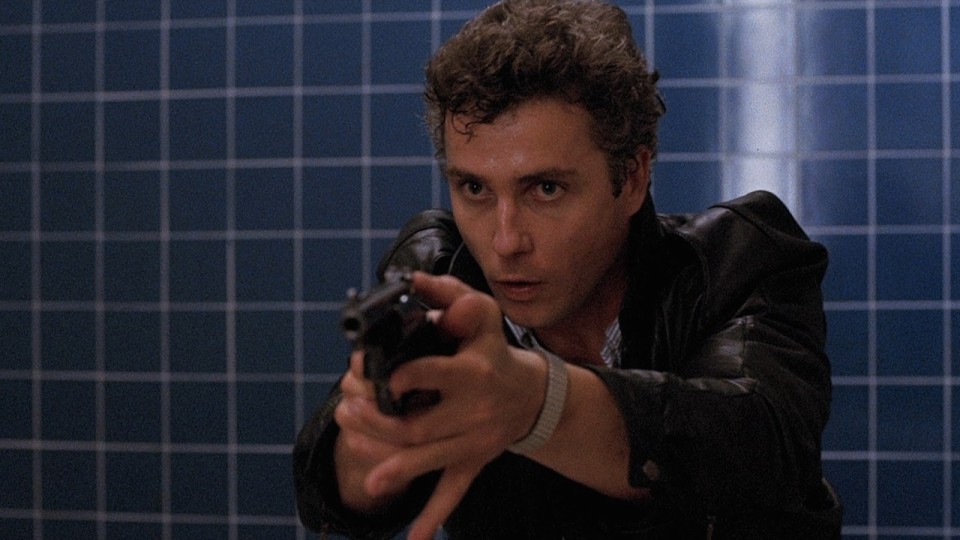 Friedkin sought to repeat the success of The French Connection with this slick, skeezy, and unrepentantly nasty thriller. Future CSI star William L. Petersen plays Richard Chance, a reckless, hard-living Secret Service agent who vows to take down ace counterfeiter Rick Masters (Willem Dafoe) after the cunning criminal guns down his partner. Going undercover, Chance becomes almost indistinguishable from his quarry as he resorts to ever more devious and dirty methods to get the job done — including a rip-off of a crooked bagman which leads to a high-velocity, wrong-way pursuit down the Los Angeles freeway, one of the most stunning car chases in film history.