Will Smith, Sidney Poitier, and the Burden of Representation

In Six Degrees of Separation, future superstar Smith invokes ’60s icon Sidney in one of his only films to directly tackle racial dynamics 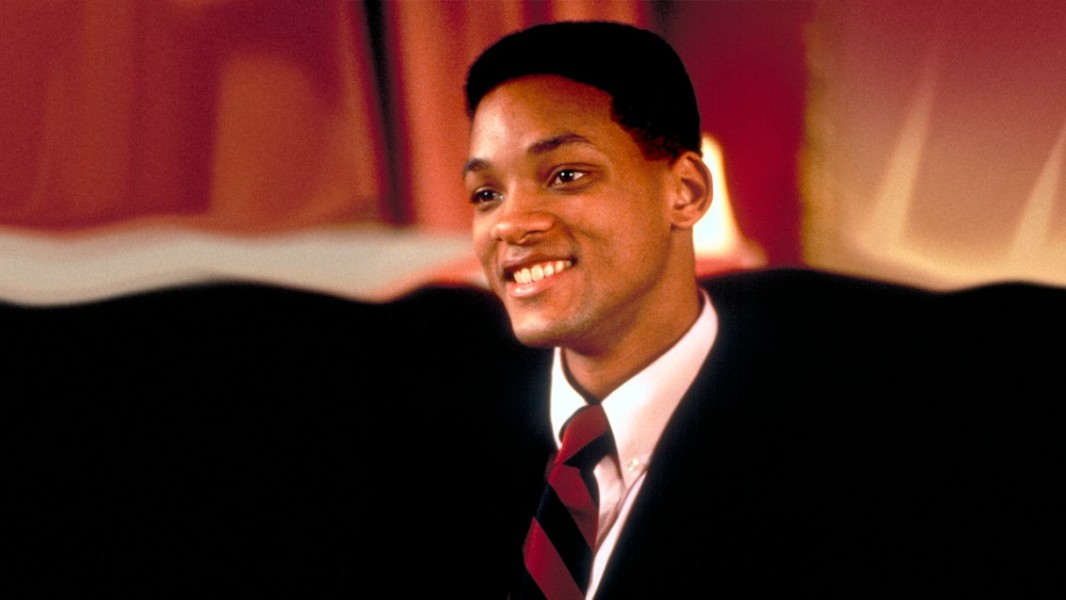 Smith used this index to help dictate his film choices over the next two decades. And it worked: 15 of his films have grossed over $200 million internationally; he’s one of the most recognizable movie stars in the world; and, in 2007, Forbes named him Hollywood’s most bankable star, making him only the second Black actor to ever hold that designation, the first being Sidney Poitier. Along with Denzel Washington, Smith has carried the torch previously held by Poitier as Hollywood’s Black ambassador to the rest of the world, often playing selfless, heroic characters determined on achieving justice for an aggrieved party, or America, and/or the world itself.

Poitier’s credentials as a cultural figure of the highest import are well-known by now: a revolutionary star whose work helped create a new visual language for depictions of Black people in films, Poitier avoided the regressive roles forced onto Black actors before him, what film historian Donald Bogle concisely summarized as “Toms, Coons, Mulattoes, Mammies, and Bucks.” He played dignified characters, like a noble doctor in No Way Out, a helpful handyman in Lilies of the Field (the role for which he became the first Black actor to win the Best Actor Oscar), and a homicide detective in In the Heat of the Night. 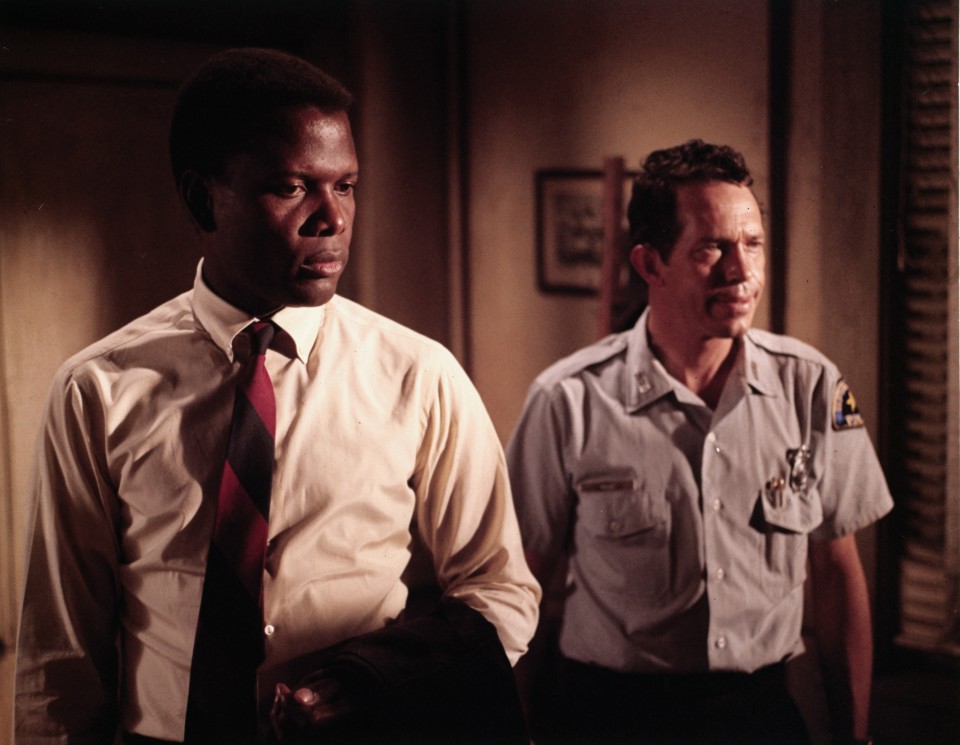 The success of Poitier’s three films in 1967 — In the Heat of the Night, Guess Who’s Coming to Dinner, and To Sir, With Love — not only won the actor that “most bankable star” designation, but also helped propel national conversations on issues of race relations and civil rights. In addition to his work on screen, Poitier was an active participant in the Civil Rights movement, helping plan the 1963 March on Washington and, along with Harry Belafonte, hand-delivering $70,000 in cash (over half a million dollars in today’s currency) to Student Nonviolent Coordinating Committee volunteers in Greenwood, Mississippi during the 1964 Mississippi Summer project.

Comparatively, for much of his career Smith has avoided the racial politics in his roles, preferring to let his ubiquity serve as the ultimate sign of progress. In a 1999 interview with Vanity Fair, Smith described his idea of success: “There’s different ways that you can measure people’s greatness. And the way I like to measure greatness is: How many people do you affect? […] How many people can you make want to be better? Or how many people can you inspire to do what you want to do?” Apart from Ali, the film in Smith’s oeuvre that most explicitly deals with the nuances around racial dynamics is the very first one in which he played a major starring role — as a man who poses as Sidney Poitier’s son. 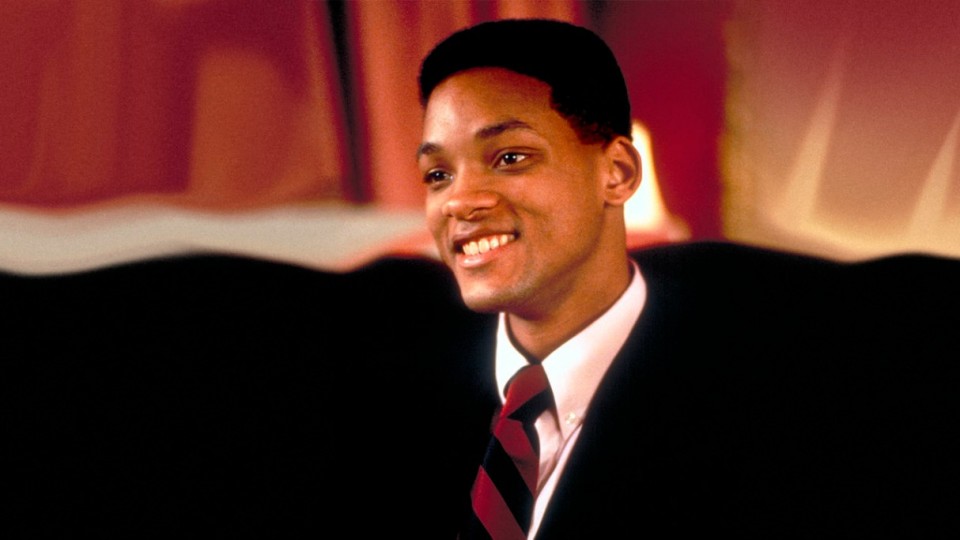 Will Smith in Six Degrees of Separation

Adapted by John Guare from his play of the same name — which was itself based on the story of real-life grifter David Hampton — Six Degrees of Separation focuses on an upscale Manhattan couple, Flan (Donald Sutherland) and Ouisa (Stockard Channing) Kitteridge, who meet a charming young man, Paul (Will Smith), after he stumbles into their apartment, bleeding from a stab wound. Paul says a mugger attacked him, stealing his money and belongings in the process, and that he made his way to the Kitteridges’ because he knew they lived close to the sight of the assault, something he learned as classmate of their children at Harvard. After Flan and Ouisa help Paul recover, he modestly reveals that his last name is Poitier, and that he is in fact the scion of Sidney. Over the course of the evening, Paul holds court with the Kitteridges, dazzling them with his knowledge of fine art, literature, and theatre. Little does the couple know that Paul is not who he appears to be: he’s a con man with no relation to Poitier.

A large part of Paul’s acceptance by the Kitteridges hinges on a lasting affection for Poitier — who doesn’t appear in the film but whose presence looms large over the proceedings, both as an actor and as an idea. In a scene where Paul practices his son-of-Sidney spiel prior to his evening with the Kitteridges, he recounts Poitier’s Horatio Alger-like rise to success while checking off the highlights of his filmography. A sudden, time-shifting jump to the Kitteridges and their friends gleefully crying out the title of that most cherished Poitier film for white liberals — “Guess Who’s Coming to Dinner!” — drives home just how much Paul’s conditional access to their upper-middle-class world is dependent upon his proximity to this paragon of “acceptable” forms of Blackness.

At one point in the film, the Kitteridges’ friend Dr. Fine (Richard Masur), another victim of Paul’s con, crystallizes Poitier’s crossover appeal: “This man [Sidney] was a matinee idol of my youth. Somebody who had really forged ahead, and made new paths for Blacks, just by the strength of his own talent. Strangely, I’d identified with him before I started medical school. I mean, I’m a Jew. My grandparents were killed in the war. And I had this sense of self-hatred. Fear. And this kid’s [Paul’s] father — the bravery of his films — gave me a direction. And confidence. It’s as simple as that.” Unsurprisingly, this ode to Poitier’s inspirational life and career turns to savage, degrading stereotyping when Paul’s con is revealed: “This fucking Black kid, crack addict comes into my office, lying to me!” the doctor bellows after he discovers Paul is not in fact Poitier’s son. Cross-racial love for a lone, extraordinary Black person is no cure for deeply ingrained racist beliefs.

This was something that contemporary Black critics of Poitier were attuned to. In Poitier’s banner year of 1967, playwright and drama critic Clifford Mason took Poitier’s mainstream appeal to task in an essay titled “Why Does White America Love Sidney Poitier So?”, interrogating why Poitier was the actor who had been de facto selected to break barriers on screen. Responding to a comment by Poitier that he “had trouble with his conscience” while making Porgy and Bess, Mason wrote, “I, too, am tired of Porgy and Bess. But at least it doesn't try to fool us. Even though its Negroes are frankly stereotypes, at least we have a man, a real man, fighting his woman and willing to follow her into the great unknown, the big city, poor boy from Catfish Row that he is. What did we have in The Bedford Incident by comparison? Poitier as a Black correspondent who went around calling everyone ‘sir.’ Did anyone ever see Gary Cooper or Greg Peck call anyone ‘sir’ when they played foreign correspondents? […] He remains unreal, as he has for nearly two decades, playing essentially the same role, the antiseptic, one-dimensional hero.”

In some ways, Poitier’s ascent required emphasizing respectability over everyday, average-Joe humanity, implicitly (and surely unintentionally) signalling to white filmgoers that the only Black folks worthy of fair treatment are those who are better-educated, -behaved, and -intentioned than your average white person. By the end of the ’60s, the tide turned against the kinds of roles Poitier had played throughout the decade. As more radical ideas became subsumed by the mainstream in the civil rights conversation and blaxploitation films highlighted stars more liable to smack a white character than work with them, Poitier read the writing on the wall and, as per Paul’s monologue, stopped starring in films for the better part of a decade, opting to direct and write books instead.

Though he is not quite the box-office force he used to be, Smith has not opted for a similar retreat from the screen. And while his recent choices of starring vehicles continue to avoid addressing racial issues head-on (though his new film Bright addresses them in fantastical fashion), his continuing success — as a man from the very Black world of hip hop, and with a sense of humour rooted in a tradition of Black comedy — has arguably made it easier for other Black stars of this generation to do so in their work. Take Michael B. Jordan, for example, who has balanced making commercial blockbusters such as Creed and the forthcoming Black Panther with films depicting uniquely Black experiences, or Idris Elba, who has done the same with contrasting projects like Pacific Rim and the politically charged miniseries Guerrilla. These actors’ ability to serve as the faces of film franchises is greatly aided by Smith’s global success, much like how Poitier’s accomplishments in the ’60s paved the way for Smith to star in world-conquering blockbusters while avoiding explicitly confronting issues of race in his films.

A line from an early scene in Six Degrees of Separation, Flan’s description of a pale colour used in an early Cézanne painting — “A burst of colour asked to carry so much” — is an apt metaphor for the role that Poitier and Smith have successively played in Hollywood for the past 50 years. After years of shouldering the weight of representational responsibility, both men have left a legacy as equal if substantially different kinds of generational trailblazers, each of whom took the possibility of success for Black actors to new peaks. As TIFF’s Cameron Bailey put it in his introductory essay for this series, “Erasure is why Black stardom is a radical act. To put Black subjects at the centre of cinema, to make Blackness the focus of the identification and worship that defines film stardom, is to take as a given that Black lives matter.” While both Poitier and Smith created a template for Black stardom based on different kinds of “acceptable” Blackness, they helped normalize the very notion of Black protagonists in high-profile Hollywood films. And in so doing, they established a climate that can allow for more complexity and autonomy in those Black protagonists — even those that would have previously been deemed highly “unacceptable” by prevailing (read: white) standards. (See, for example, the tremendous global success of Straight Outta Compton.) In a pair of careers studded with great performances, it is this that may have been both Poitier and Smith’s greatest role.