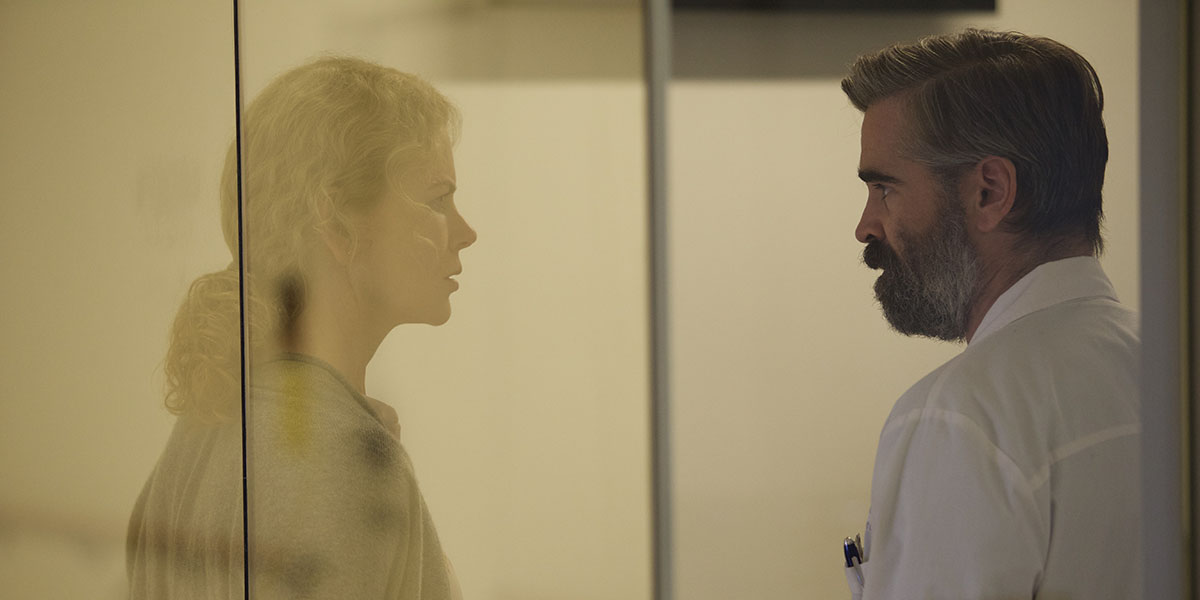 “Where do you get your creepy ideas?”

One year after making his English-language debut with The Lobster, Greek auteur Yorgos Lanthimos returns with the high-concept psychological thriller The Killing of a Sacred Deer, which opens in wide release after playing TIFF '17, starting November 3. The film received Best Screenplay at Cannes for its twisted tale of a cardiac surgeon (Colin Farrell, returning to Lanthimosland after his starring turn in The Lobster) whose family is irreparably torn apart when a strange 16-year-old boy (a very memorable Barry Keoghan, last seen in Dunkirk) begins to intrude on their life. Let’s just say shades of Euripides’ tragedy Iphigenia in Aulis are invoked.

Shot in mesmerizing, slow-creeping zooms and Kubrickian tracking shots through long hospital corridors, the film is a visual stunner. As in his previous film, Lanthimos casts an incredible ensemble — amongst them Nicole Kidman, Alicia Silverstone, and child actors Raffey Cassidy and Sunny Suljic — that finds the black comedy in existential terror. Below, you can watch a Q&A with Lanthimos, Farrell, Keoghan, Kidman,Cassidy, and Suljic after the film’s TIFF ‘17 premiere in which they discuss the making of the film, taking inspiration from Kubrick, and why watching yourself on screen can be painful.