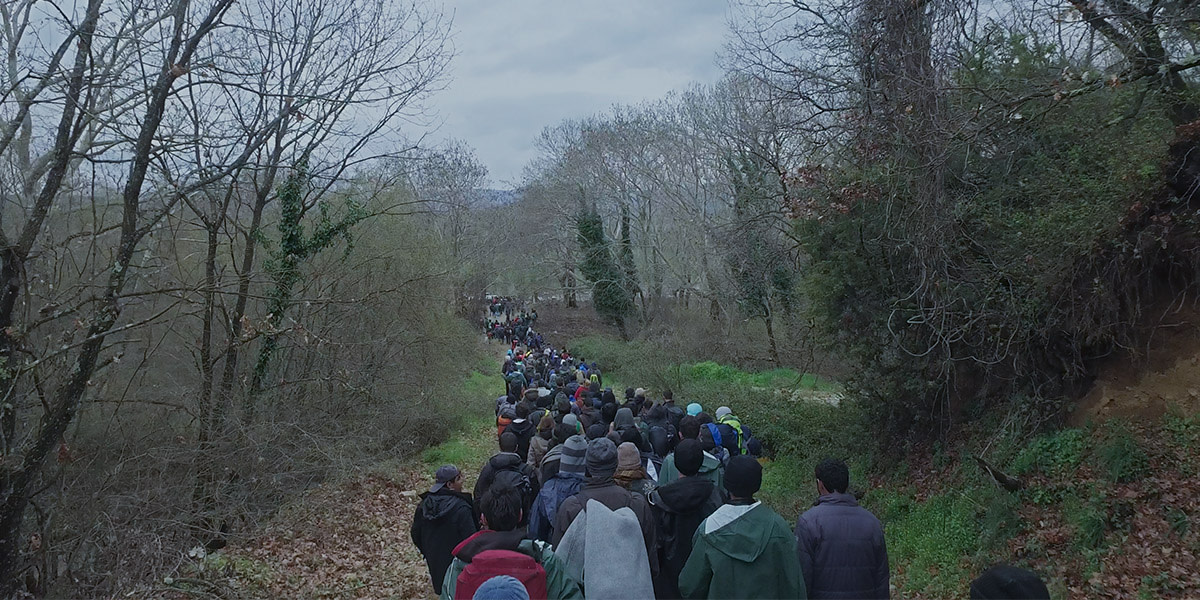 “We could all be potential refugees”

Filmed in 23 countries over the course of a single year with the help of a 2,000-person crew, Chinese artist and activist Ai Weiwei’s new film Human Flow eschews traditional documentary tactics as it sets out to depict the unimaginable scale of the global refugee crisis through a striking, metaphoric use of imagery. As in such installations as Sunflower Seeds and Forever Bicycles (the latter mounted at Nuit Blanche Toronto in 2013), where massive collections of objects embody the human cost of labour, globalization, and political unrest, in Human Flow Ai focuses on such sights as an enormous heap of abandoned orange lifejackets, stretching out in an endless expanse, to stand in for the untold thousands of displaced peoples who wore them during their journeys toward an uncertain future.

The artist recently sat down for a video interview with TIFF CEO Piers Handling to discuss their visits to refugee camps across the globe, the role and responsibility of an artist in times of global upheaval, and the moral challenge of making art from great tragedy. Human Flow is now playing at TIFF Bell Lightbox.

*Fire at Sea* Centers The Refugee Crisis In Quiet Observation