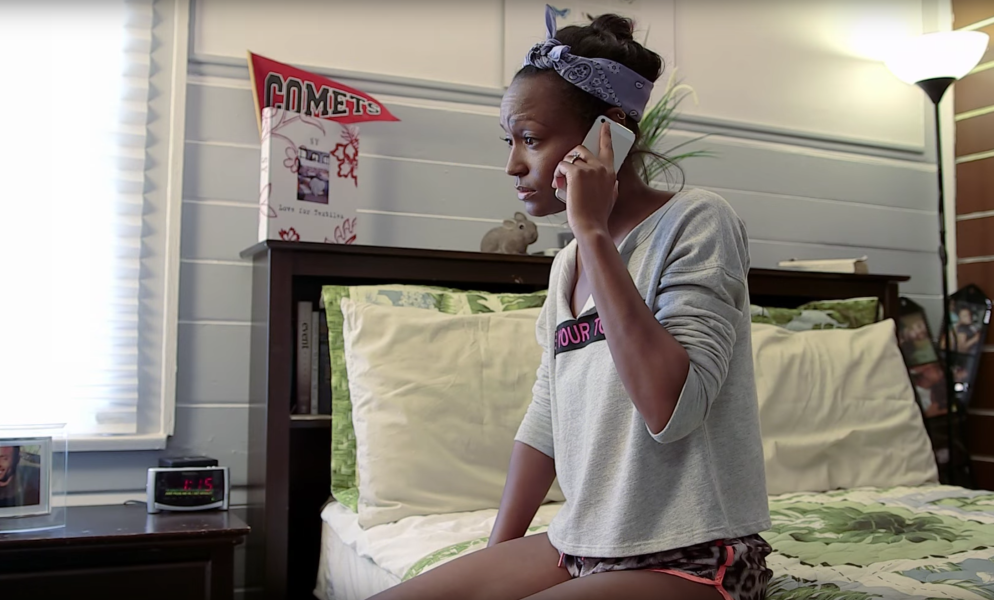 On Tuesday, September 13 at the Hot Docs Ted Rogers Cinema, three emerging filmmakers got the opportunity to showcase their short films at AXE Collective Vanguard Honours, a special screening of their work at TIFF '16. The event — put together by AXE and hosted by Mark Duplass and John Legend alongside Midnight Madness and Vanguard programmer Colin Geddes — touched on the role that mentorship can play in finding your voice as an artist.

"The AXE Collective and its commitment to emerging talent echoes the very spirit with which we've been curating the Vanguard Programme since it began in 2006," explains Geddes. "We're thrilled to collaborate with AXE to honor today's film creatives who push the boundaries of the art and help pave the way for the next generation."

Duplass recently curated an issue of our digital digest, The Review, and talked about his work with the AXE Collective and the importance of giving young filmmakers a platform.

"I think most people who are getting into filmmaking feel like they have all of this magic inside of them," Duplass wrote. "And maybe they don’t know how to get that magic out because everything they’re making sucks, or maybe they did make something that they’re proud of, but they don’t know what to do with it.

"Along with fellow mentor John Legend, we’re helping filmmakers distill what they are good at."

Check out the short films from three of the collective’s members below.

Tabi's film puts us at the center of the obstacles young people face as they struggle to find their own path amidst dynamic and unforgiving cultural settings.

Tabi was born in Togo where his father was an afro-punk musician (Itadi Bonney) and his mother was a teacher and member of the Peace Corps. Growing up in D.C., Tabi always had music as a driving passion and is ingrained in that local culture. Before focusing on making his entertainment dreams a reality, he attended Florida A&M University to study pre-med and was a science teacher at a D.C. high school for two years.

While Tabi has made his mark directing and producing music videos with the likes of Wale and Wiz Khalifa, film is wholly new for him. His friendship with Eyone Williams, a prolific urban/street lit author, motivated him to make this transition into film to tell one of Eyone’s stories on the challenges of growing up in the city. In all forms of his storytelling, Tabi brings people into a different world they may not know existed and inspires them.

In his original short, Revolving Child, Cabrera pushes us to explore the tough realities of domestic gun violence through the unique perspective of a young girl.

Francisco is a current student at Florida State University’s College of Motion Picture Arts (class of ’20). Born and raised in Valencia, Venezuela, Francisco moved to Florida when he was 11 for middle and high school. His film – Revolving Child – received a Student EMMY for Long-Form Fiction and was an official selection at multiple festivals, including All American High School Film Festival and Widescreen Music & Film Festival while garnering Best Florida Teen Film at the Bonita Springs International Film Festival and the Porter Prize Winner at the Reel East Film Festival.

Growing up in Venezuela during difficult economic and social times where he watched his mother fight for their rights, Francisco discovered his passion for film when he started tagging along to his brother’s job at a local theater and would watch movies back to back all day long. In high school, his TV production teacher was a key mentor, allowing Francisco to turn a journalism program into one that was led by filmmakers as well while pushing the students to constantly create content and learn from their failures. Most of Francisco’s shorts have no dialogue, focusing on music to carry the story, and he continues to work on his writing to make on-camera conversations feel truly real.

A Love Undefined by Shema Jones

The creator and star of A Love Undefined, Jones takes us along the mental and emotional journey of one woman navigating love, loss, and ending a seemingly absent relationship.

Shema grew up and lives in Los Angeles where she wrote, co-directed, produced, and starred in her short film – A Love Undefined. She won the Nashville Film Festival Sci-Fi Short Screenwriting Award in 2014 and has worked on multiple international commercial shoots in different capacities for brands like Nissan, Ram, and ShoeDazzle. A Love Undefined was an official selection of the 2015 Bronze Lens Film Festival in Atlanta. Shema actually tried to submit her short to TIFF in 2015, but missed the deadline and is beyond excited to have this opportunity with the AXE Collective.

Shema’s mother, who was in the film industry in front of and behind the camera, is her greatest mentor. From dreams as a little girl of being ‘Rachel Marron’ from The Bodyguard, Shema has always received unflagging support and encouragement from her mom to follow her passion. Her faith and family are her biggest inspirations, and AXE is never too far from her son’s bathroom or backpack. Through her film work, Shema wants to provide an empowering and motivating example for others to stay true to their dreams and work at it to make them a reality. In support of this, she released a self-published book – Life Notes – that encompasses uplifting mantras to keep moving forward.