Watch Barry Jenkins and the cast of Moonlight tell their story 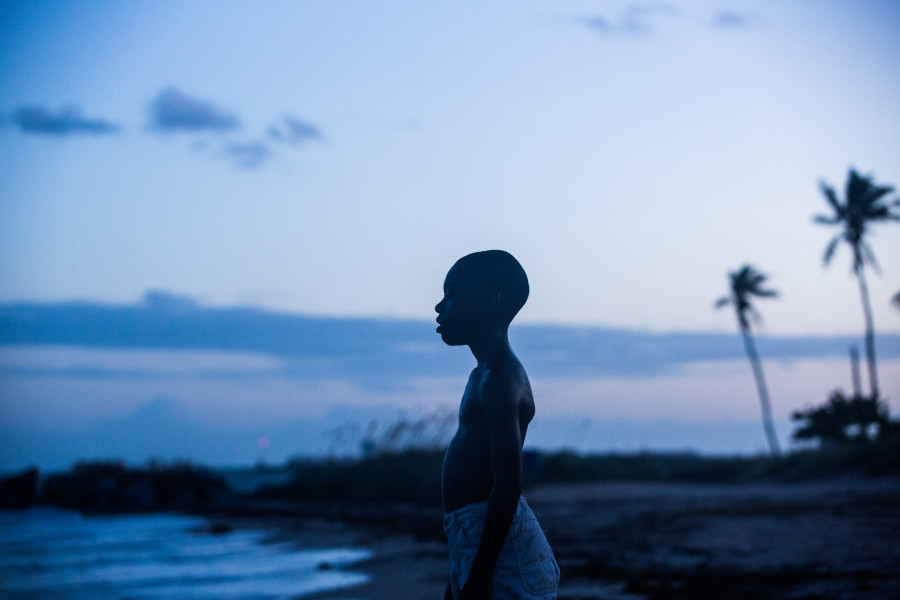 After screening at the Toronto International Film Festival in 2016, the cast and crew of Moonlight engaged with TIFF Artistic Director Cameron Bailey in an emotional onstage Q&A. The gorgeous coming-of-age film (filmed on Alexa, not 35mm as director Barry Jenkins mentioned repeatedly onstage) reflects Jenkins and the playwright Tarell McCraney’s childhoods growing up in Miami. As the lead character of Chiron (titled “Little,” “Chiron” and “Black” and played by three different actors) grows from a boy to a man, he grapples with his need for intimacy, a family and his sexuality. The final scene, which takes place in a diner, is the most confessional and beautifully-acted expression of the need for intimacy filmed this year. The fact that this film portrays Black masculinity within a complicated queer protagonist is secondary to an absolutely universal story. Said Cameron Bailey onstage after the film’s public screening at TIFF, “I’ve never seen this before, I’ve never seen these characters paid attention to.”

THE ORIGINS OF MOONLIGHT

Tarell McCraney, playwright whose work In Moonlight Black Boys Look Blue was adapted for the film: The origins of Moonlight come from a place highly biographical for me. One day, I was outside trying to learn how to ride my bike. I had just taken off the training wheels, by myself… It was at 16 and 63rd street, not far from where this film was shot. I couldn’t [ride] and I was falling. And this drug dealer got off his crate and he said, “Get back on the bike.” And he ran with me down the street, pretending to stand behind me until I learned how to ride a bike. And I never forgot that. So when my own father stepped in, to try and teach me, I had to pretend that I didn’t know. Because this person had the generosity of spirit to reach out and do it.

All of my life, I’ve had these snatches, this patchwork of generosity lended to me from unlikely people… It became important to me to put those together and try to tell that story as best I could. What you see before you is me trying to tell that story and Barry going, “Oh, I have the language. I have the tools, I have the know-how to make these people stand up.” And I will never forget you. Because I missed that drug dealer, I miss him dearly. And to be able to sit with him for 45 minutes is a gift. So, thank you. (Crying)

Barry Jenkins, director of Moonlight: Tarell’s play, In Moonlight Black Boys Look Blue came to me through an acquaintance. Tarell and I had not met each other at this point, even though we grew up blocks from each other, went to the same schools. And both our mothers went through the same struggle of addiction, which you can see the lovely Naomie Harris portray in the film. The person who gave it to me knew enough about me and Tarell to know that there was a throughline between our two stories.

It’s funny because I’ve heard Tarell describe the play as the coalescing of these memories… his memories felt like memories of my memories. I always considered myself an ally for people who identified as LGBTQ, yet I never thought I could write a character that had that as a foundational aspect of their identity. But there was so much that blended between our identities that I felt “I want to step up to this challenge” as an ally. 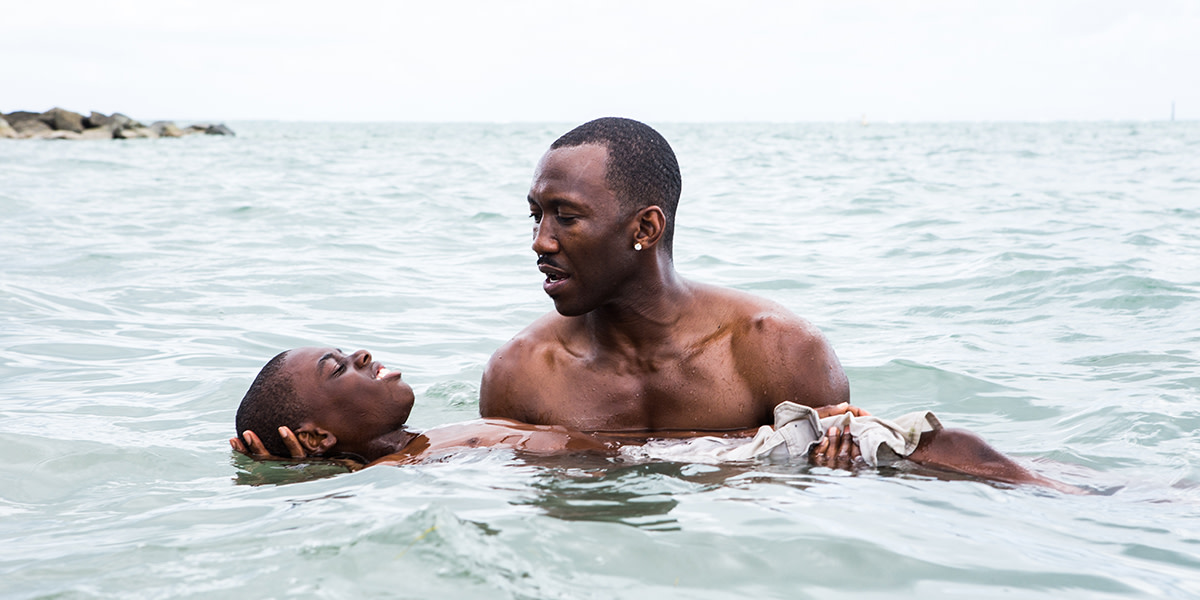 HOW THE ACTORS EMBODIED THEIR ROLES

Cameron Bailey: For the actors, bringing this film to life, embodying these characters, there’s a quality of love you have to express. And that’s a vulnerable thing to have. Can you speak to the process of building these characters from the love that you were giving to each other?

Mahershala Ali, “Juan”: Well in terms of approaching Juan, I felt like the most important thing was to connect to his heart. I think Juan really connects to Chiron — I think he sees a little piece of himself. I think he understands that this young man is an island. And because Juan is Cuan and he’s a very dark-skinned Cuban, I think he identified with Black culture in some way. The vast majority of Cubans in Miami are fair-skinned, so you’re dealing with somebody who doesn’t fit in. So his otherness I think he recognizes very early on. Juan is a grown man now and he’s passed through so many things. But I’m sure as we all do... I think he sees and recognizes very early on that this young man needs help. (Crying) Sorry, I love the character.

I grew up in Wyandotte County, Kansas. And I had parents who dealt with addiction, I had cousins who sold drugs. When I started to think about Teresa and I started to read more into her character, I saw myself. That’s the role I played in my community to my cousins. The younger cousin who was just there to listen as they tried to figure out life, tried to figure out their sexuality. What is it all mean to love yourself for who you are? For me, that’s the main thing. I wanted to be the person that listened to Chiron as he was coming into his own, as he was asking questions. I didn’t want to judge him. I didn’t want him to feel like I was anything except a rock for him, a shoulder for him, and just someone that listened. So that’s where I started, as a listener.

Naomie Harris, “Paula”: I think I had real issues with taking on the character of Paula to begin with because I always said in my career that I was only going to portray positive images of Black women because I think there is enough negative ones in film and TV already. And I always drew the line at playing a crack addict. But then, I read this incredible script that moved me so much. And I saw the work of Barry Jenkins. Medicine for Melancholy was one of the best films that I’ve ever seen in my entire life. And I really wanted to be part of this project. But then, I had this issue with this whole crack addiction, playing a crack addict. And basically, Barry talked me ‘round. Through my own research, I realized that I had so much judgement about what it means to be a crack addict. Obviously, with any form of addict there’s a beating heart underneath. Everybody deserves compassion and understanding. And through my journey of research, I found so much compassion for Paula… She’s just lost and in need. We are all searching for things to escape our pain. For Paula, it is drugs… I wanted to show how she was overtaken by drugs but also how she still loved her son. How she had this hatred. She was an incredibly complex character and I wanted to capture all of it.

THE LOOK AND FEELING OF MOONLIGHT

Cameron Bailey: Can you talk about the formal elements and how they communicate the emotion of the film?

Barry Jenkins: So my DP and I — shooting on the Alexa, not 35mm — we wanted the film to feel immersive. And Tarell and I have spoken about this, the movie’s like a fever dream, it’s not neorealism. We wanted it to have this quality that to me comes from the characters. We wanted to do some things that we felt were motivated by the character’s disorientation.

I didn’t want to tell this story and have it be — you know in film, the camera’s here, the camera’s there. But it’s always outside the actors. And I wanted the audience in the story at very choice moments, between the actors. There’s these moments of transference where we go directly POV where the actors are looking literally at you. I didn’t want to dig down in the shit of how I grew up and not have you guys have to wallow in the shit of how I grew up.

Tarell McCraney: I have no idea technically what he did. It’s magic. But I do know that when you see a film that’s indicative of London, or New York, or Los Angeles at a time… that this film has captured Miami in a way that no other film has. The elements of the sound, the thickness of the air, the colours, the brightness. You have a shitty day but then you walk out into paradise. Something clicks for a second, something goes slightly awry. For him to capture that… there’s an essence that I think is otherworldly. Right? I’m just saying.

Barry Jenkins: I can’t say that about my own shit, but thank you.

Tarell McCraney: I’ll say it for you. 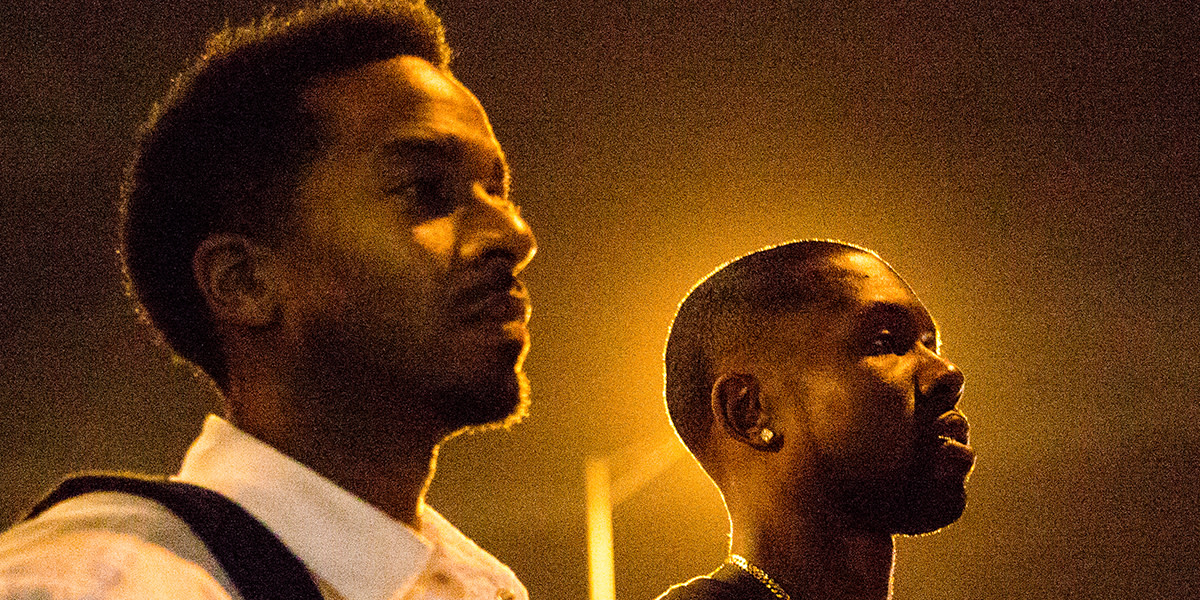 THREE GENERATIONS OF A LOVE STORY

Cameron Bailey: Can you talk about creating the final sequence? I wanted you to ask about what you were doing technically because there is an intimacy that is actually alarming.

Barry Jenkins: Yeah, we actually lost a day shooting this sequence. We thought we would have three nights, we actually had two nights. And I remember asking André and Trevonte — especially the last two-thirds of it, can we do it all at once? What you’re watching is these unbroken moments that we run all the way through on these zoom lenses. And these guys were great, their chemistry was just so potent. I would love to hear them talk about what it was like for them shoot these sequences.

André Holland, “Kevin”: It was, first of all, hugely liberating to go for it. Because we had talked about it and we had our own individual work on the story, we all knew the architecture. So as an actor, it felt great to dive in and go on the ride. As far as the chemistry, I think that probably comes from listening. The quality with which these characters listen to each other.

Trevante Rhodes, “Black”: To me, I think the relationship I had with André, personally… Me, looking up to him the way I do, and me appreciating him for who he is — it really translated to the character. Because I think Chiron saw so much of who he wanted to be in Kevin… so it was really simple for me to translate that.

Cameron Bailey: For the two young actors, how did it feel to be in the film and to see yourself on the big screen?

Alex R. Hibbert, “Little”: Uh, for me it felt so good. (Laughter) At first, I didn’t know how to express myself without talking. But Barry here — he said “just feel it.” Just feel it. So my face just went with what’s going on and then — “BAM!” (Laughter and applause)

Ashton Sanders, “Chiron”: I cannot follow up on that. That’s crazy. I don’t think you get ever get used to seeing yourself on film, especially in a character like this. There’s so much going on. When creating this character and filming it, you’re not aware of what you’re doing. The camera is in front of you. So you just act and you are this character. This is my first time seeing this in its full… It was very emotional for me. I feel like crying right now, so I’m gonna stop.