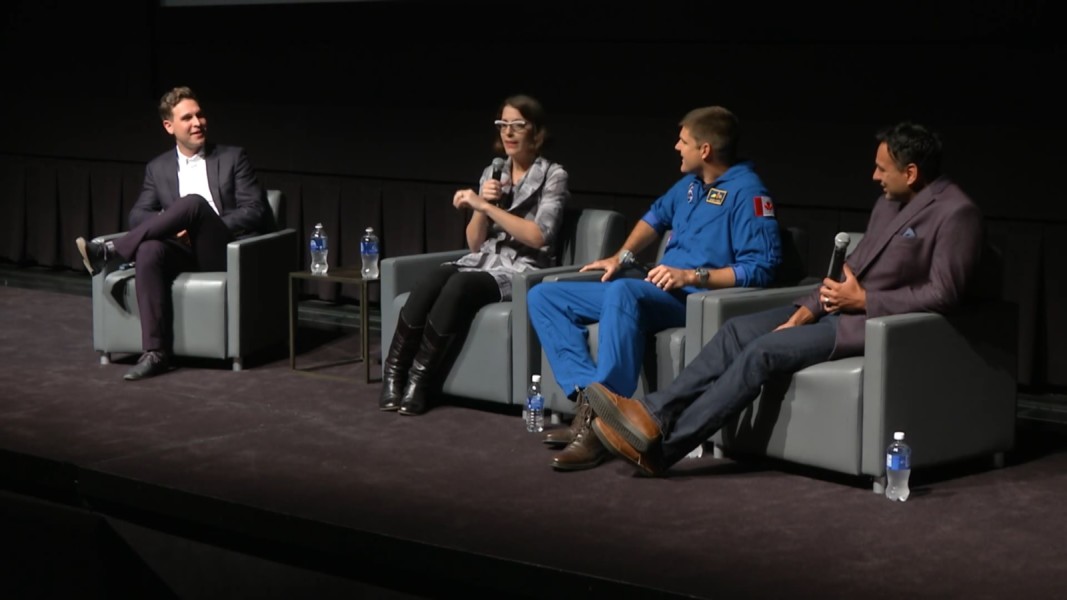 In celebration of the 50th Anniversary of Star Trek, this panel considers how film and television projects like Star Trek can inspire careers in space exploration, technology, math, arts, and engineering fields.

Since its debut in 1966, Star Trek has inspired people to pursue their passions and dreams in a variety of fields, from science and engineering to technology and the arts. From Martin Cooper, who invented the portable cellular phone in 1973 inspired by Captain Kirk's communicator, to Dr. Mae Jemison, whose admiration of Nichelle Nichols' Lt. Uhura led her to realize her dream to become the first African American woman in space, Star Trek has motivated fans to realize its ideals in their own lives.

Beyond inspiring individuals, Trek is used as a teaching tool by educators in courses on law and diplomacy, physics, information studies, and even philosophy and sociology. Its representation of real-world issues through metaphor and analogy engages with complex scientific and philosophical concepts for a mass audience, making the series itself a form of educational inquiry.

As part of TIFF’s Trek Talks series intended to consider the cultural, political, and scientific influence of Star Trek, this panel discussion on Star Trek and science education brought together Sonny Kohli, physician and co-founder of Cloud DX, Canadian astronaut Jeremy Hansen, and STEAMLabs co-founder and Managing Director at the Royal Ontario Museum Marianne Mader, to consider how science can inspire art and vice versa, and how film and television projects like Star Trek can inspire careers in space, technology, math, arts, and engineering fields.

This event was held on October 13, 2016 at TIFF Bell Lightbox in collaboration with CBS and the Canadian Space Agency, and was moderated by Keith Bennie, Senior Manager of Adult Learning, TIFF.