Time After Time: The Films of Alain Resnais

“The cinema’s most profound meditator on the human mind.” —Andrew Sarris 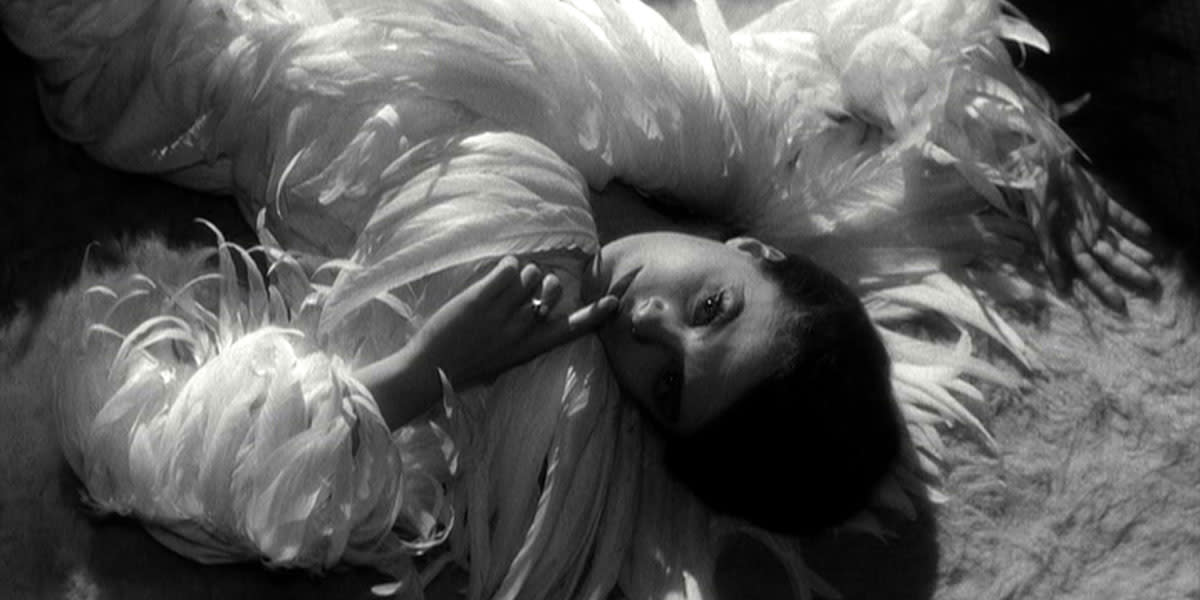 Prompted by several recent restorations, this highly selective retrospective presents the “greatest hits” of the French master of modernism, who Jonathan Rosenbaum once called “probably the greatest living French filmmaker” — in his estimation, even greater than Jean-Luc Godard, whose early work we present in a concurrent series this season.

Like Michelangelo Antonioni (whose work we presented last summer), Alain Resnais radically transformed our sense of the possibilities of film. After making a series of celebrated short documentaries (including Night and Fog, his influential meditation on the Holocaust), Resnais produced one of the key works of modernist cinema, Hiroshima mon amour. Addressing themes that were to become lifelong preoccupations — memory and willed forgetfulness, the subjective nature of time, the imminence of death — Resnais established in Hiroshima a narrative structure and editing style which were acclaimed for their ability to represent interior states. Though some attributed the film’s radical interiority to screenwriter Marguerite Duras (as they would later attribute the intricacies of Last Year at Marienbad to Alain Robbe-Grillet), Hiroshima — in its combination of documentary realism and formal abstraction, its conflation of public history and private memory, past and present, fact and artifice, “objective” images and “subjective” monologue, and its unconventional use of montage to replicate the obscure workings of consciousness — defined the style for which Resnais subsequently became renowned. Last Year at Marienbad extended this exploration of Time and Memory into a purely psychic terrain, one seemingly emptied of history, politics, and psychology. The Oscar-nominated script by nouveau romancier Robbe-Grillet became legendary for its labyrinthine narrative and temporal mazes, while the baroque balustrades, rococo hallways, and formal gardens of the film’s château (shot in Dyaliscope by the great cinematographer Sacha Vierny) became an iconic landscape of the cinema, instantly recognizable even to those who had not seen the film.

Though Marienbad propelled Resnais into the European arthouse pantheon along with Fellini, Antonioni, and Bergman, it had the unfortunate effect of earning him a reputation as a purveyor of chic enigma: he was accused of subjugating character to formal concerns, emotion to cerebral abstraction, political engagement to existential despair. However, Marienbad proved to be more of a way station for Resnais, whose subsequent explorations of memory and its traps became increasingly grave, tragic. As much as the opening sequences of Muriel, in their rapid montage and weighted shots of Delphine Seyrig’s antique-stuffed apartment, suggest a kind of filmic chosisme — that obsessive dedication to “things” that identified Robbe-Grillet’s literary style — Resnais’ humanism and concern with history transcended any such impersonalizing concept. Is there a more wrenching (and political) film than Muriel, a more tender and affecting work about the irretrievable than Je t’aime, je t’aime? Which French director, other than Marker and Godard, so reflected the vicissitudes of the intellectual Left during the 1960s? And who other than Truffaut was such a sentimentalist that he repeatedly employed the actor Jean Dasté — star of Jean Vigo’s Zéro de conduite and L’Atalante, and a frequent player in the ’30s films of Jean Renoir — as both a kind of memento mori and a fond evocation of the Golden Age of French cinema?

Critics eager to taxonomize incorrectly situated Resnais within the nouvelle vague, though Resnais himself refuted the claim, asserting affinity over inclusion: “Although I was not fully part of the New Wave because of my age, there was some mutual sympathy and respect between myself and Rivette, Bazin, Demy, Truffaut ... So I felt friendly with that team.” Resnais is more profitably seen as a central figure of the Left Bank Group (which included Chris Marker, Agnès Varda, William Klein and, peripherally, Marguerite Duras and Georges Franju), whose differences from the nouvelle vague were succinctly summarized by Raymond Durgnat: “Harbingers of the New Wave, their tightly integrated socialism, humanism, high culture and poetic formalism contrasted with a) the ‘modern bourgeois’ ethos of the Cahiers [du Cinéma] group and b) post-New Wave formalisms, anti-humanisms and agit-propisms.” Resnais’ love of the demotic (comic strips, jazz, the music hall) found increasing expression in the almost dotty ludic mode of his late films, which seem designed to refute Theodor Adorno’s characterization of artistic “late style” as synonymous with thorny intransigence and refusal: movies come no wilder than Resnais’ penultimate work Wild Grass, a film so fou it could be mistaken for this season’s other daemon of dreams and delirium, David Lynch.