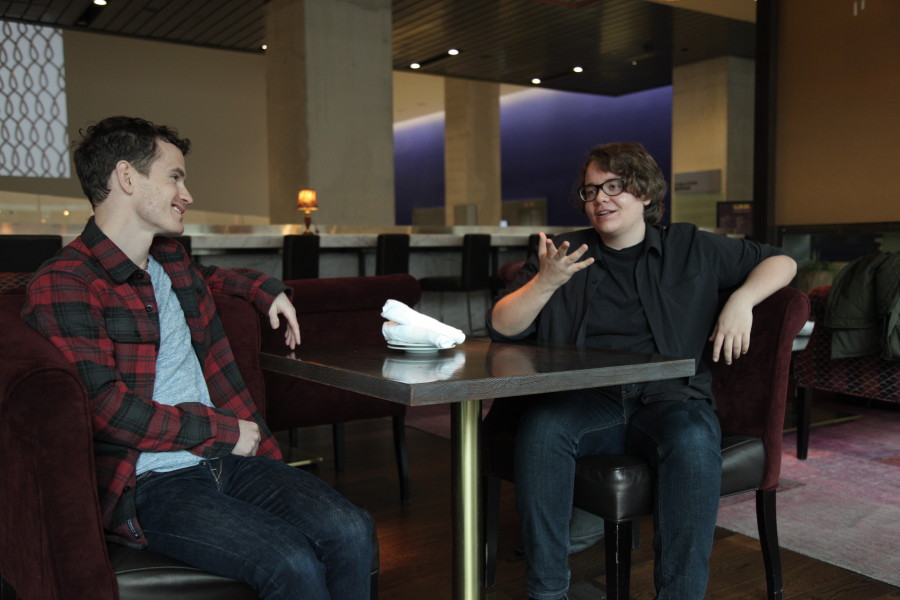 This interview was originally published in the Winter 2017 issue of 180° as part of an ongoing series that brings together a professional filmmaker and an aspiring or emergent young filmmaker from our TIFF Next Wave programme to discuss their cinematic inspirations, challenges, and goals.

Andrew Cividino is the director of Sleeping Giant, which premiered at the Cannes Film Festival and won the Best Canadian First Feature prize at TIFF 2015.

Ben Sagar attends SEED Alternative High School and is a member of the 2016-17 TIFF Next Wave Committee, which completed programming for the 2017 TIFF Next Wave Film Festival earlier this year.

BEN: What does “coming of age” mean to you?

ANDREW: Almost all stories are about change through adversity on some level, and there’s no more intense or radical a period of change in most people’s lives than adolescence. It’s no surprise that so many films fall under the COA label, but the age of the protagonist is often where the similarities between [these] films end. What we’re left with is a catch-all [term] for films as disparate as Battle Royale, Superbad, and Fish Tank. I love COA films, but I think the label is tricky because it can pigeonhole a film by focusing on one aspect while backgrounding the elements that make it unique and powerful.

BEN: What do you think is the definitive coming-of-age film?

ANDREW: That’s tough! There are movies that I grew up watching like The Goonies, Stand by Me, and Dazed and Confused that I still love. As a filmmaker though, I think the definitive coming-of-age film has to be Truffaut’s The 400 Blows. It defined so many elements of the genre and it’s a film that still feels fresh, authentic, and poignant today.

BEN: How has your own life influenced or inspired your work?

ANDREW: For Sleeping Giant I drew heavily on my experience spending summers on the north shore of Lake Superior. I wanted to make a film that captured the joy and adrenaline that we felt roaming around the lake and challenging each other to stupid dares, but it was important to me to not shy away from the more callous side of growing up. It’s easy to oversimplify male adolescence because it’s loud and aggressive and there’s a sense that “boys will be boys.” I wanted to dig deeper than that and show the complex relationship dynamics, confusion, and vulnerability that come along with it.

BEN: What scares you about filmmaking?

ANDREW: Everything! It took years of grinding [to get my first feature off the ground.] When I was rejected by every production company and financier I’d taken it to I felt like Sleeping Giant was never going to happen. I was lucky [that] our core creative team came out determined to make the film regardless, by any means necessary. Taking control of our own destiny in that situation was a really liberating experience, and led to the Sleeping Giant that ended up on the screen. I always try to challenge myself with my work, so I’m not really getting more comfortable as I go along, I’m just getting more comfortable with the sensation of being uncomfortable.

BEN: What do you love most about filmmaking?

ANDREW: More and more I realize that it’s the process of evolution that I love most. There’s a constant tension between holding on to the core of an idea while allowing it to reinvent itself over and over as it’s written, produced, edited, and watched by an audience. You can’t really know where a film is going to take you, which is an unnerving and marvellous process.

ANDREW: What’s the first film that you watched that made you think about making your own films?

BEN: I remember watching Seven and realizing that there was a force behind the camera carefully and subtly influencing my emotions. [David] Fincher really opened the door to me not just falling in love with film characters and film worlds, but film craft.

ANDREW: What are you most afraid of as you consider pursuing film as a career?

BEN: One of my greatest fears is if I’ll be able to find a unique voice in film, or if I’ll be stuck imitating the work of others my entire life.

ANDREW: Are you planning to study film formally? If so, what do you hope to get out of that experience?

BEN: I do plan to study film formally and learn how artists before me overcame obstacles. You can’t break the rules unless you know them first.

ANDREW: Are you determined to be a director or are you also open to the possibility of writing, producing, production designing, etc.?

BEN: Right now the dream is to be a director, but who knows where the journey [will take] me. I may fall in love in love with editing, set design, make-up, who knows. I’ve been lucky enough to work as PA on some [film] sets, [which] has really opened my eyes to the different possibilities in and around the industry.

ANDREW: What do you think the advantages of starting a film career in 2017 are? What are the disadvantages?

BEN: Any film from any era from any country is just a Google search away, and I’d say getting to watch something like Psycho whenever I want is a great advantage. It’s also possible to shoot, edit, and upload a film all from a cell phone. I can be a filmmaker, you can be a filmmaker, anyone can be a filmmaker — but with so much content it’s also that much harder to stand out from the crowd.

*The TIFF Next Wave Film Festival runs from February 17 to 19 at TIFF Bell Lightbox. * 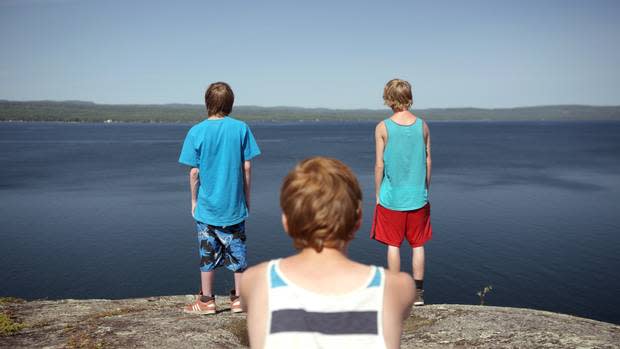