This is Happening: Olivier Assayas on Cold Water 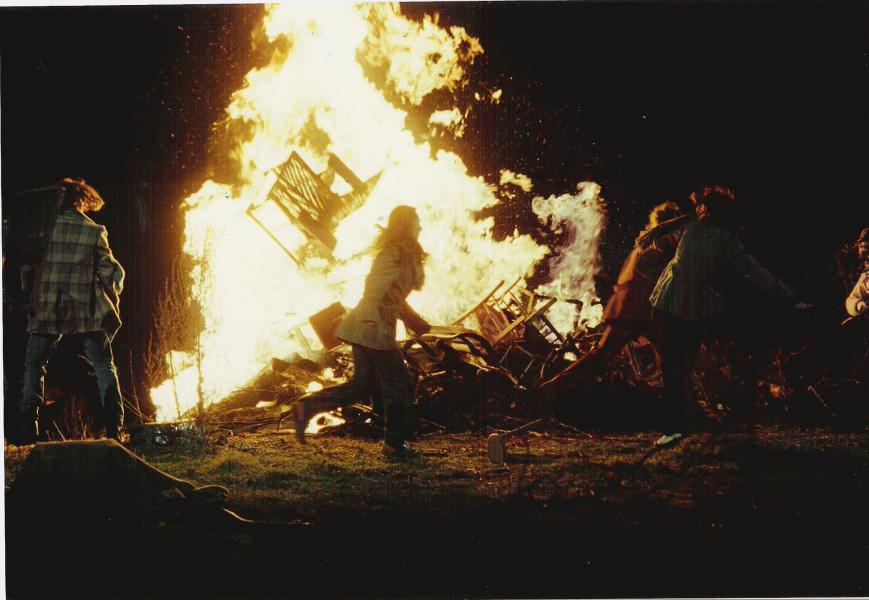 In this excerpt from his memoir A Post-May Adolescence, Olivier Assayas reflects on the experience of shooting his breakthrough film Cold Water, and how, in a moment of revelation, he discovered a connection between his work as a filmmaker and the radical political idealism of his youth — particularly the long-lasting influence of Guy Debord’s philosophy of Situationism, which was predicated on the idea of disrupting the “spectacle” of the capitalist mass media with a lived “situation,” defined as "a moment of life concretely and deliberately constructed by the collective organization of a unitary ambiance and a game of events."

It was in 1994, one winter night; I was shooting a film, my fifth feature, L’Eau froide, where I partially resurrected, in a semi-autobiograophical mode, the spectres of my adolescence. We were in Rambouillet forest, among the ruins of what must have been a small château from 1900; we were spending an entire week filming an elaborate sequence depicting a nocturnal party set in the beginning of the ’70s and imbued with the currents of those years: music, drugs, and adolescent fascination for destruction. I arrived that night on set and, heading up towards the ruins, which were built on a promontory, I took in the scene; the arms of two immense cranes were set dozens of metres high to hold the powerful lighting rigs that guaranteed basic illumination; in the hollows and in the corners, some 50 euphoric teenagers, dressed like we used to dress in those days, were doing what, in similar spots and in a time that now seemed terribly close, terribly palpable, we also did: they smoked grass, they flirted, they warmed themselves around braziers. The cold was frightful while the technical crew busied themselves with setting up our equipment.

I would love to be able to describe exactly what I felt then in the irradiation of a moment, in the total self-evidence that presented itself to me: the truth of that instant, as it was experienced by everybody and not just by me; the smell of the forest, that of my childhood; the mist that drifted all around; the inextricable mixture of past and present, the memories being forged by those who were going through this experience with me, all that was worth more than any film. 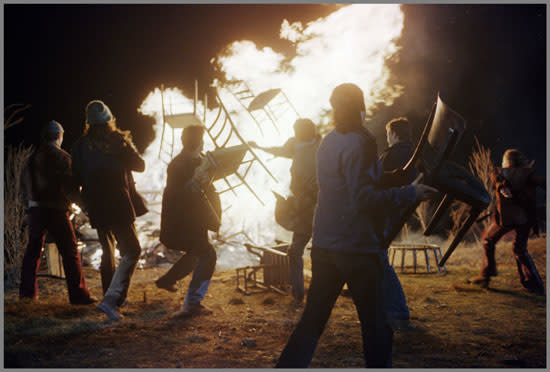 And, basically, wasn’t it all a kind of a happening? And what if, in cinema, the veritable artistic gesture was not so much the finished result as the shooting itself? Aren’t most films less than what has been lived, truly lived, while they were being made, and isn’t the challenge, after all, to try to capture in images an approximation of the magic of life as conjured on the set?

These are, I believe, very serious issues, and ones that are rarely raised. Yet they question the very core of cinematic practice. Everyone should have to define themselves in relation to them, so likely are they by nature to undermine pieces of the highly conventional, received wisdom that props up the practice of this art.

It is a delicate step to take, and will no doubt seem unwarranted to you, but the analogies are so striking it is unthinkable not to envisage it; aren’t film shoots, considered from this perspective, situations [in the Debordian sense] to some degree? Don’t they constitute conscious creation in the domain of everyday life?

I fully realize that this is an appalling reduction of that idea; however, in a world where we are constrained to hunt down the real that is bit by bit slipping away, the identification of any sphere of life, however approximate, that is determined by adventure and play deserves to be investigated. For my part, I have never again regarded the making of films in any other way; that is, as a double movement: the one the embodiment of writing — more intimate, the part where meaning takes shape — the other of action, where, precisely beyond meaning, through day after day of shooting, the fragments of a total art practice inextricably intertwined with reality take shape.

I believe that’s worth something, and it is on this faith that I have based a practice, a rather personal one, to be sure, of cinema, a subject I have talked about extensively, since general chatter around film has now invaded every space; I have no desire to add to this throbbing background noise, which is an excellent cue for me to stop here, even if, for me, it’s precisely the point where everything begins.

Excerpted from Olivier Assayas, A Post-May Adolescence (Austrian Film Museum, 2012). Reprinted with permission of the author.